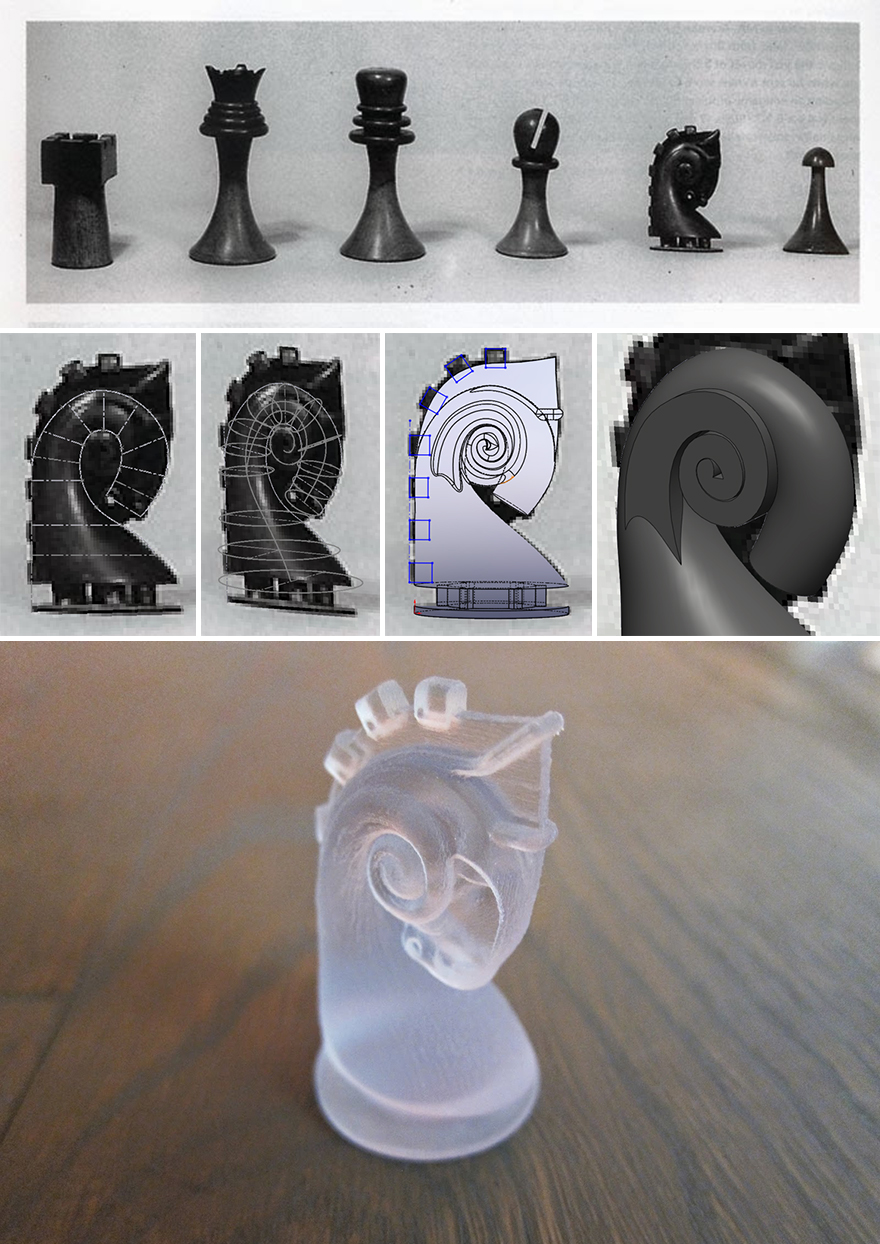 In 1918 Marcel Duchamp, an avid chess player, designed a one-off set and had it hand-carved in Buenos Aires. Depending on whom you listen to, that set has either been lost or is sitting in someone's private collection; either way you're not getting your grubby little mitts on it.

But now, thanks to artists and makers Scott Kildall and Bryan Cera, anyone with a 3D printer can crank out something very close. That's because Kildall, on a mission to recreate lost objects, tracked down some archival photos and contacted Cera, who then took the few images of Duchamp's set and painstakingly CAD'ded over the pieces one by one. 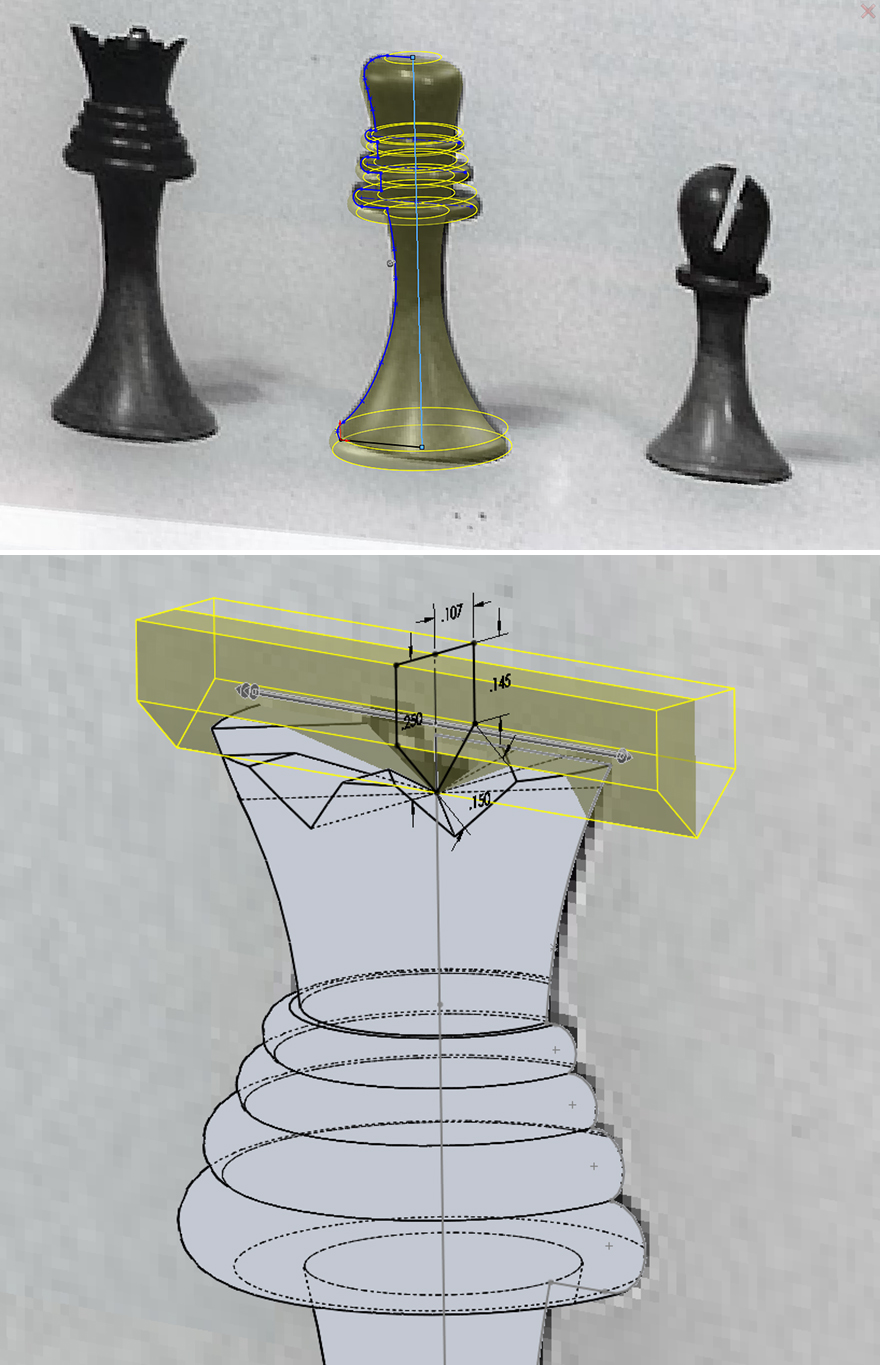 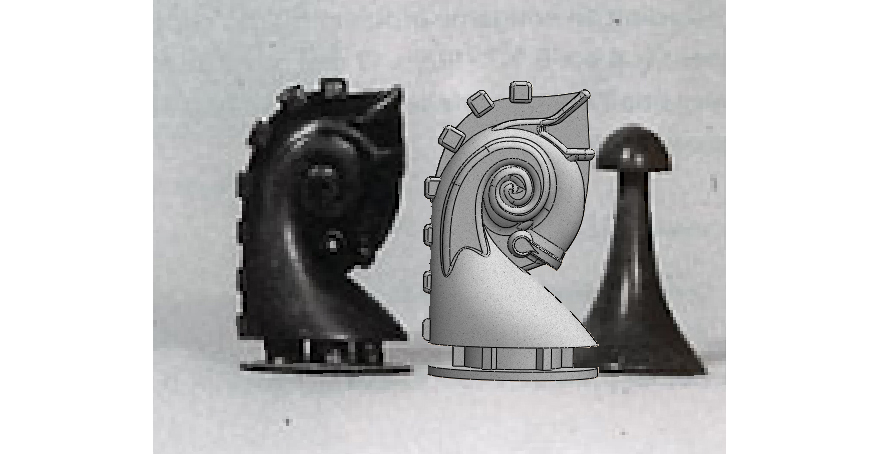 Cera then sent the finished CAD files over to Kildall who, as an artist-in-residence at Autodesk's Instructables, had access to Objet 3D printers. Prototypes were made.

Cera then printed out his own set on a consumer-grade 3D printer he owned, and subsequently made the files available on Thingiverse (Ed. Note - the files are no longer available for legal reasons. Follow this link to learn why and make your own). The community took to them, and now we're seeing cool stuff like Sharon Brackett's, which was printed in ABS and then vapor-treated (a/k/a acetone fumed) to give them a smooth, shiny finish: 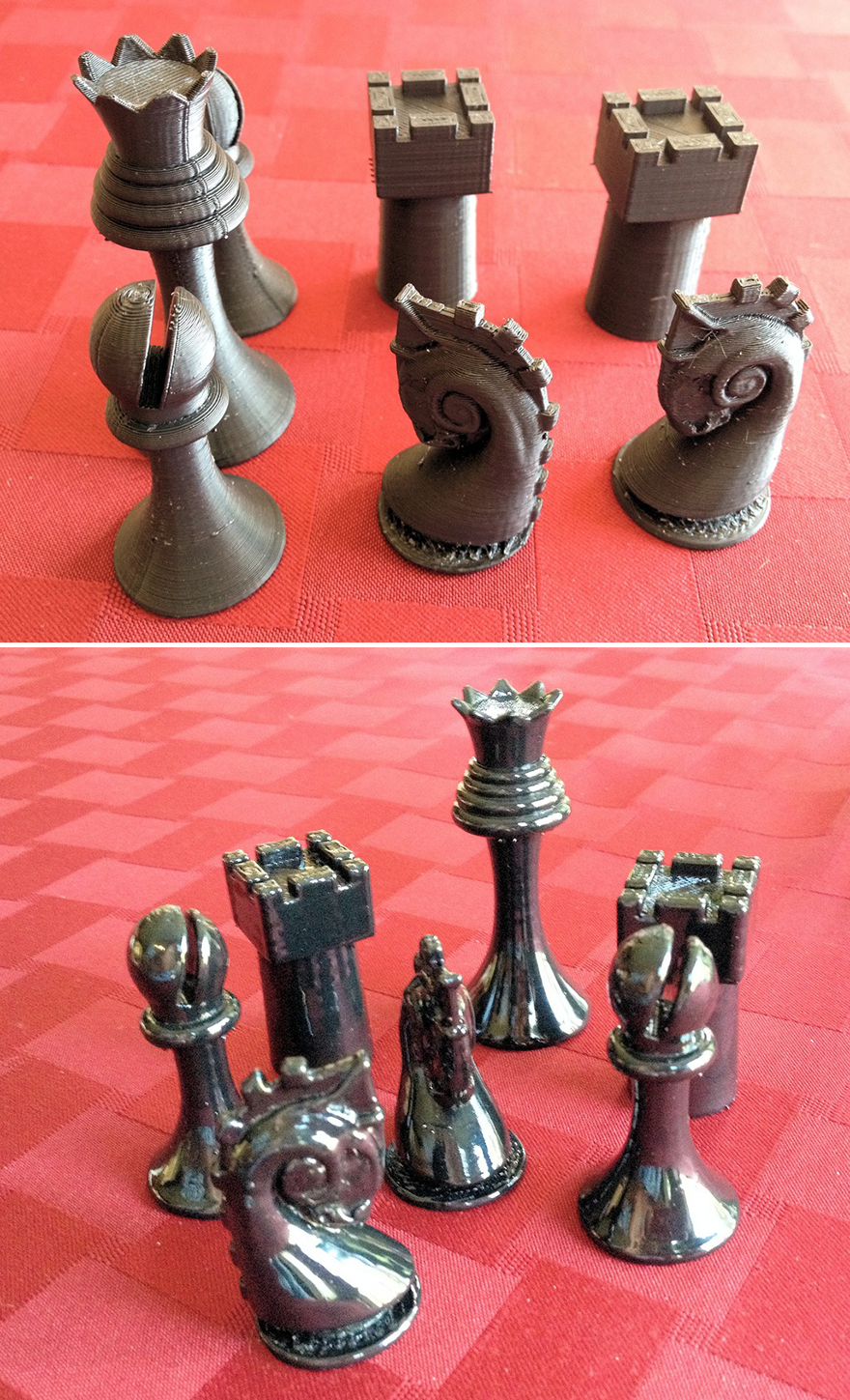 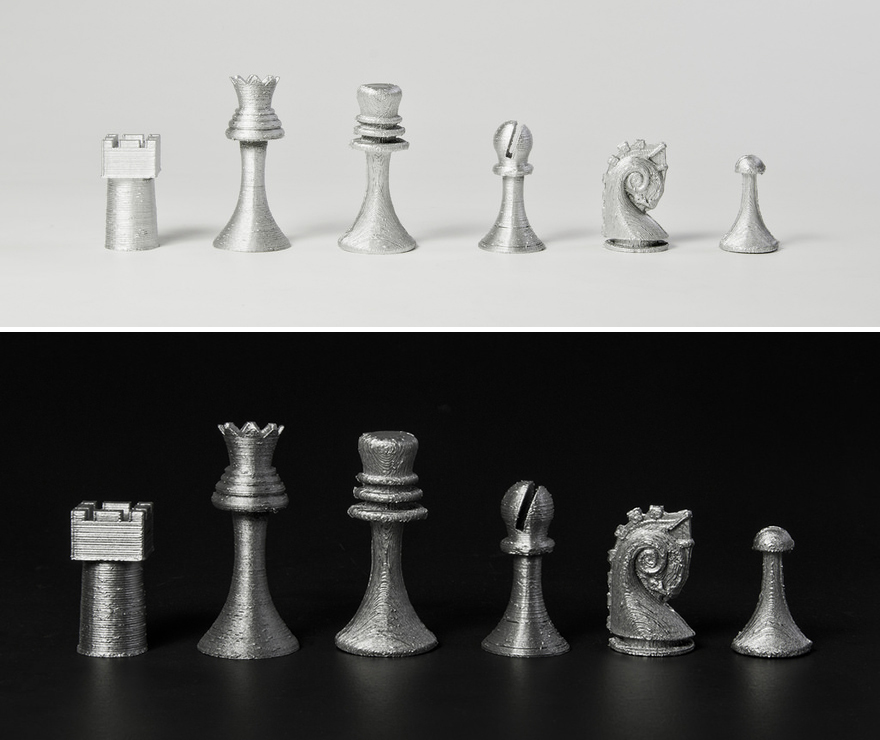 Somewhere in an Argentinian graveyard where craftsmen are buried, you can faintly hear Spanish curses emanating from the ground.

Oh, and the name Cera gave to the chess set files? "Readymake."