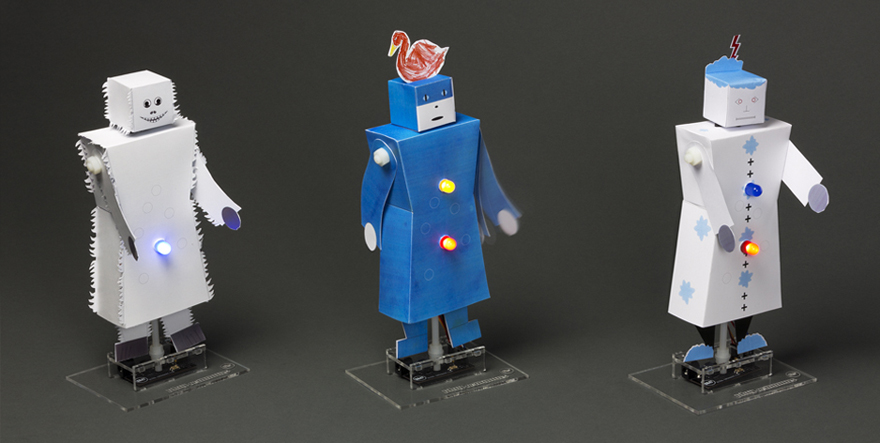 I remember being introduced to the concept of robotics in a rousing late-night viewing of A.I. Artificial Intelligence. Understandably, that initial impression had me tensing up as I passed every blonde-haired, blue-eyed pre-teen. Luckily, I grew out of it, considering that robots are everywhere nowadays—running races with kids, swimming in our oceans and even creating data-fueled art. Now, French design duo Ultra Ordinaire have developed a toy that also fits the bill, a kind of three-dimensional coloring-book template with an element of littleBits-like interactivity. 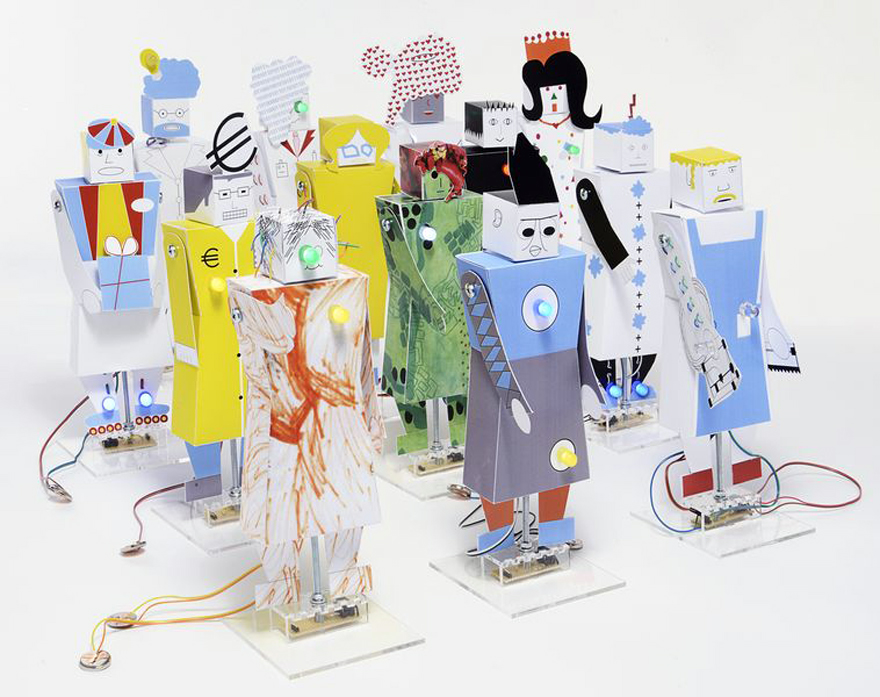 In a world where things drone operators say in the moment of a crash go viral, the inner workings of robots remains relatively opaque to kids (and some of us adults too). According to designer Nathalie Bruyére, Play Communs is a kit that's more about "designing a simple interface to bring kids closer to the technologic [sic] world" than designing a robot. Along with her fellow designer Pierre Duffau, she "was inspired by very simple construction toys such as Kapla's or LEGOs, but also by Bruno Munari's drawings and books." 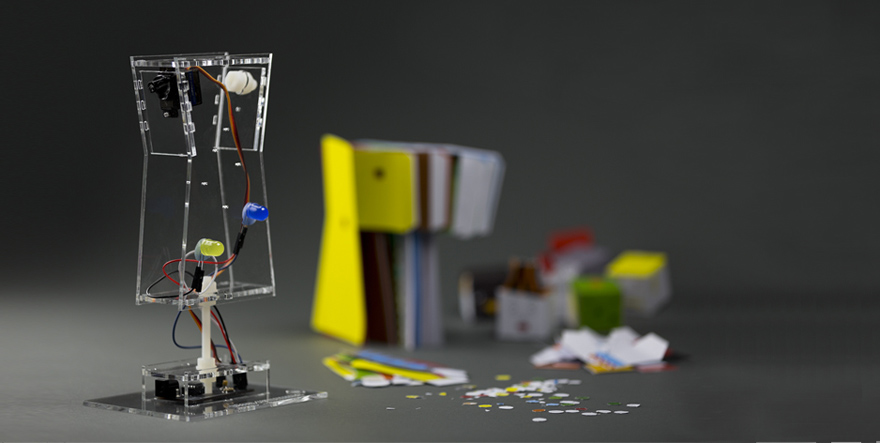 The kit consists of a clear Plexiglass body with two LED lights; a servo motor; an electric transformer; a pre-soldered, preset card; a cardboard model and the instructions for the assembly with tips on how to personalize the character. The motors animate the arms, body and head of the character. "People are often wary of robots as they don't get the way they are working," Bruyére says. "The robot is therefore transparent to make it understandable. Usually such toy systems are hidden in boxes, closed and opaque when in reality, they are very simple and easy to handle."

To personalize the robots, users are encouraged to create paper "clothing" for the robotic figures. These can be made from scratch, or users can download printable templates for various articles of clothing and accessories. "I wanted people to be able to easily change the robots' clothes by creating a database on which people can pick some 'plug-ins' to enhance their design," she says. "Paper is the best and easiest way for everybody to be able to do that." As one might expect, Play Communs hosts a community of submitted designs, making it simple to find a bit of inspiration for your own robot. 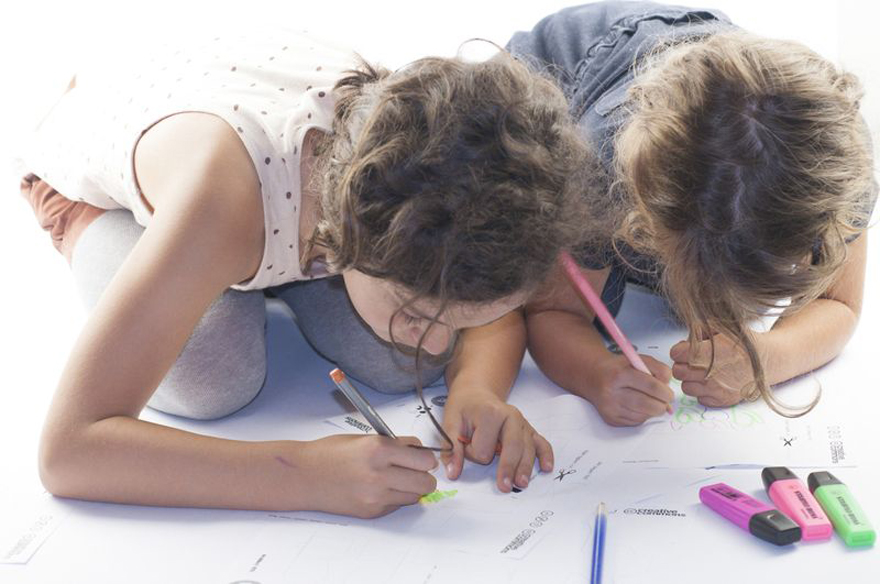 The response has been great so far. Bruyére's favorite design? A clownish figure with gridded feet and a pizza-esque torso. "Kids are being very creative about their robots," she says. 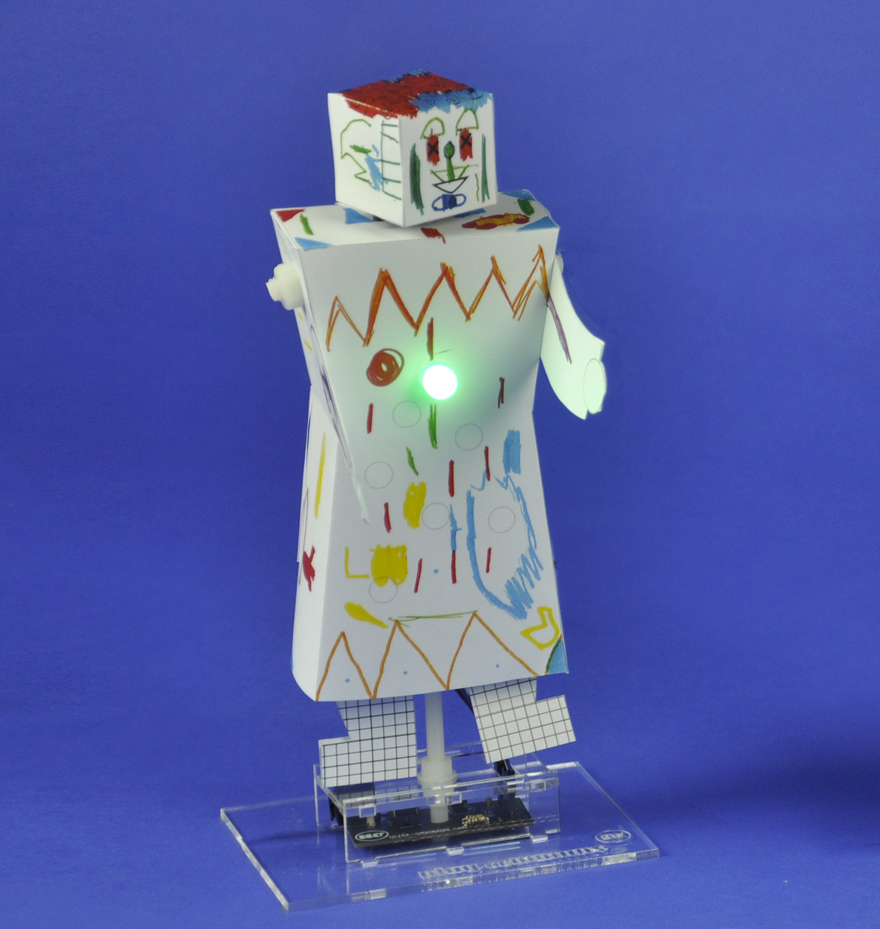 Play Communs offer a chance for youngsters and adults alike to better understand robots as these kinds of automated technologies are increasingly their presence in the world around us. "Play Communs helps users understand electronics rather than just manipulate them," Bruyére says. "It also makes it clear that they are able to interact with robotics." 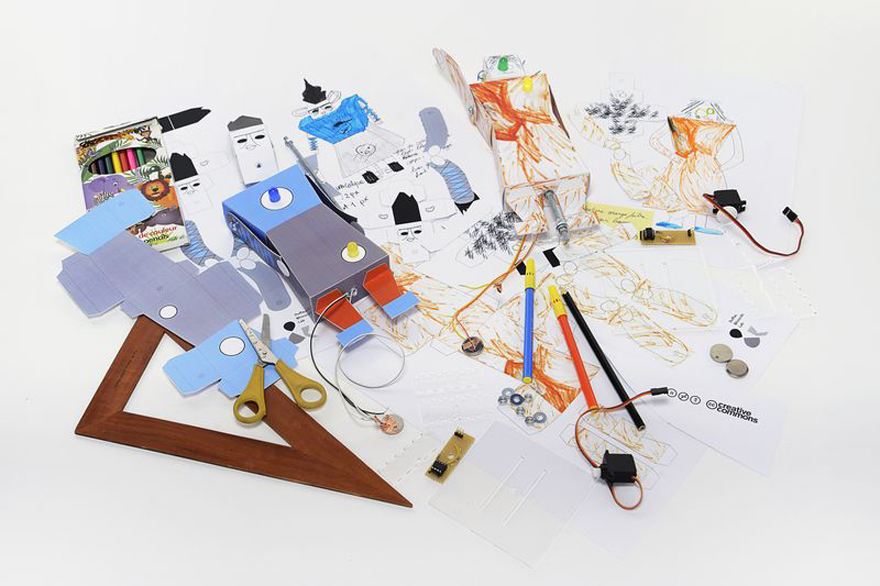 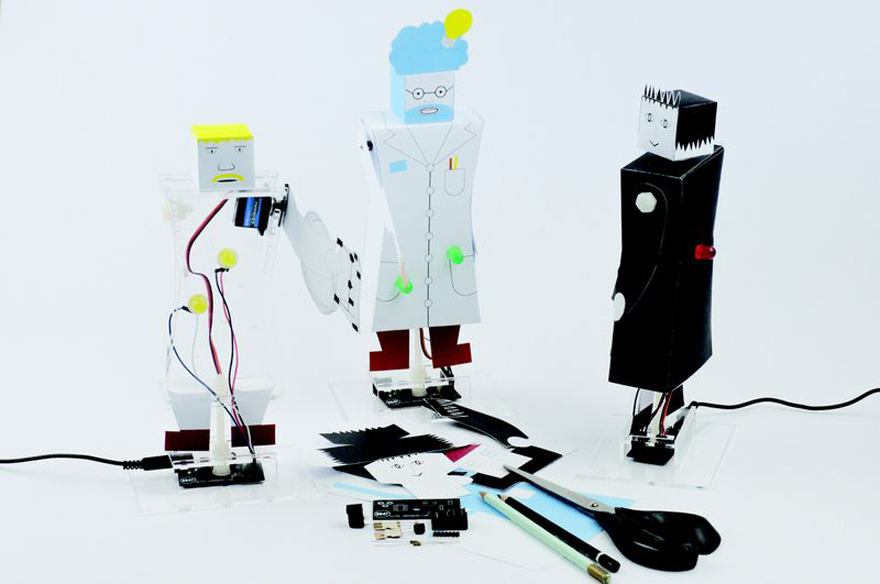 Play Communs can be purchased online. Check out some of the submitted designs here and upload your own. If you're lucky enough to be in Bilbao this Saturday and Sunday for the Mini Maker Faire, make sure to check out Play Communs in person. 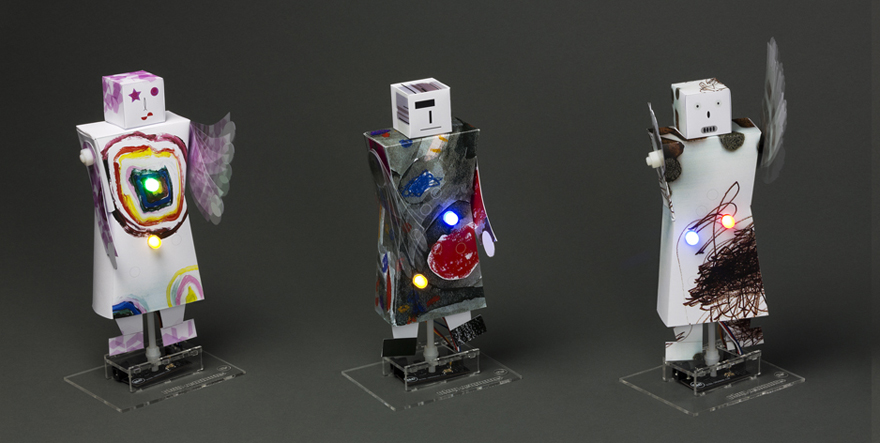