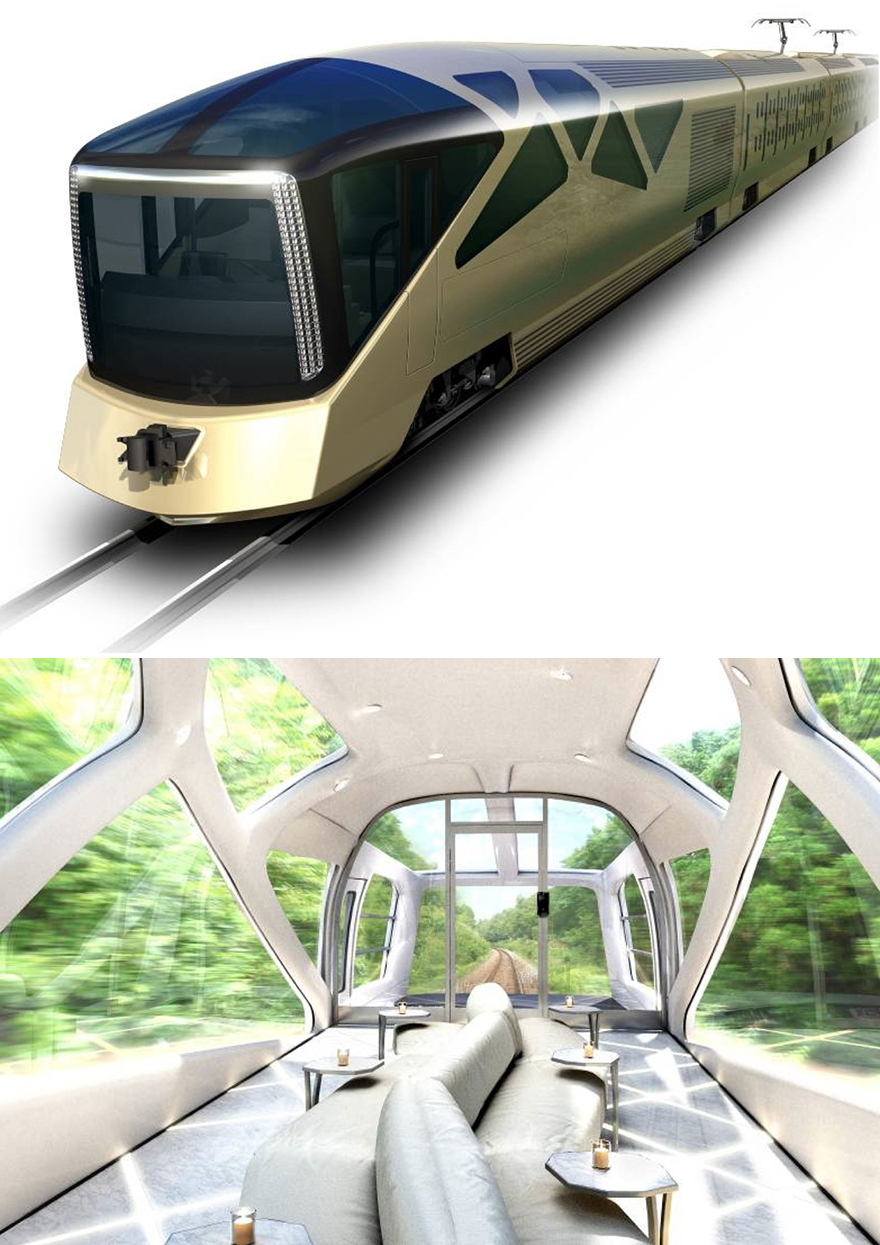 Last year we looked at the unusual train designs of Eiji Mitooka, a Japanese industrial designer who specializes in railway carriages. Mitooka's awesomely retro Seven Stars luxury train was the coolest in his portfolio, and apparently the high-profile project has been a success, as Japan's JR East railway company has commissioned yet another luxury touring train: The Cruise Train, which forgoes the retro look of its predecessor and resembles an Italian boutique hotel on rails. 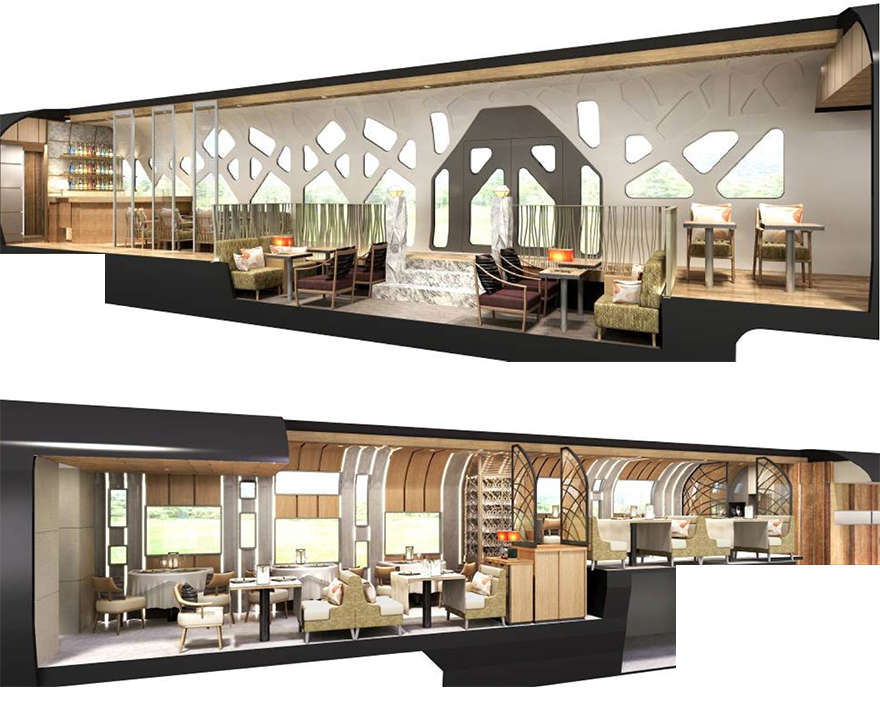 Designed by Ken Okuyama of Pininfarina fame, the Cruise Train is unabashedly modern where the Seven Stars is classic. The Cruise Train's dining room looks like something you'd see in Tokyo's ritzy Ginza neighborhood, while the observation deck resembles something out of Gattaca. And if the standard suites, which feature sofa-chairs that apparently fold out into beds, seem huge by train standards... 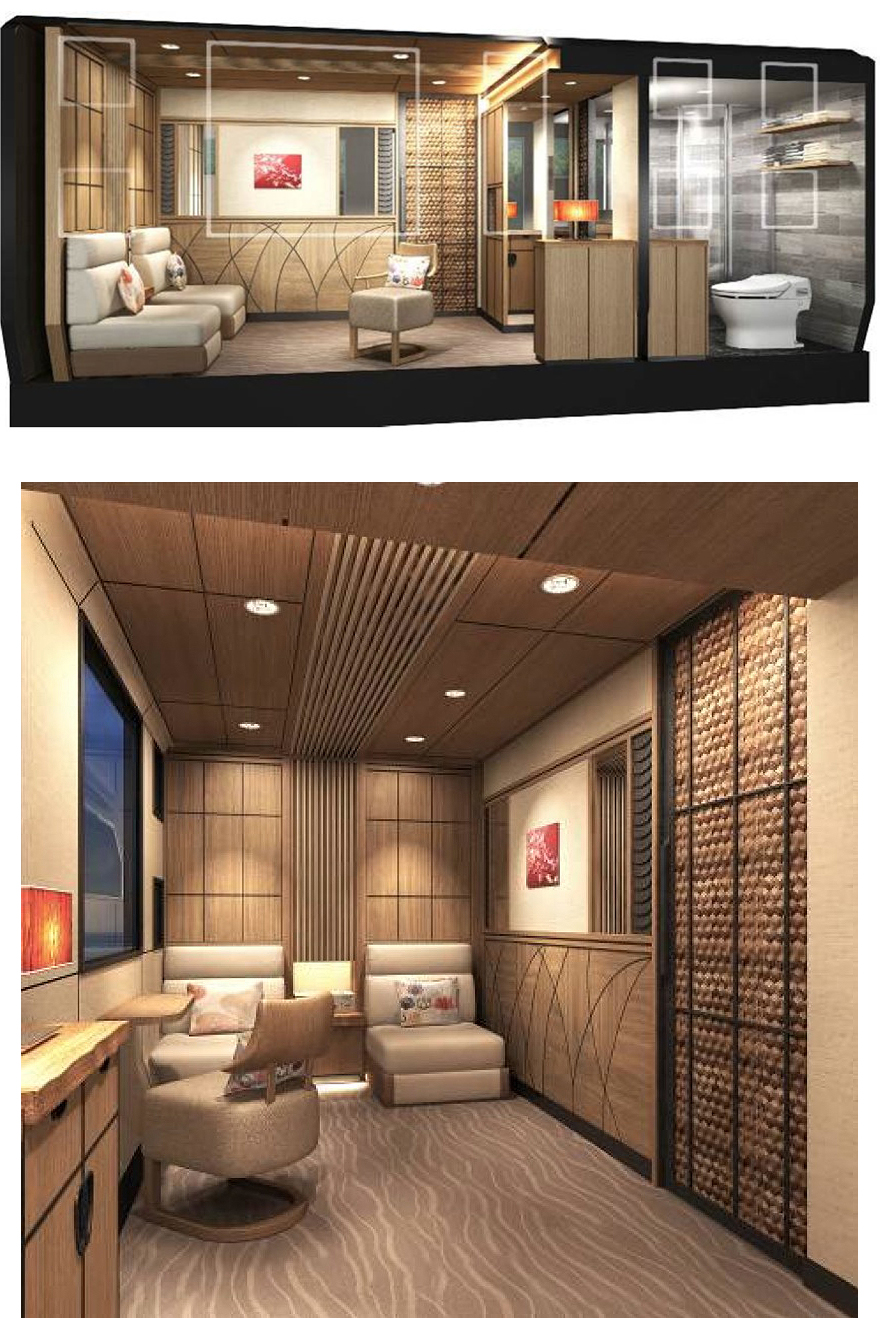 ...the Deluxe Suites are the real cake-taker: They're made up like split-level ranches, featuring a living area up top, a sleeping area down below and a private bathroom on the entry level in between. 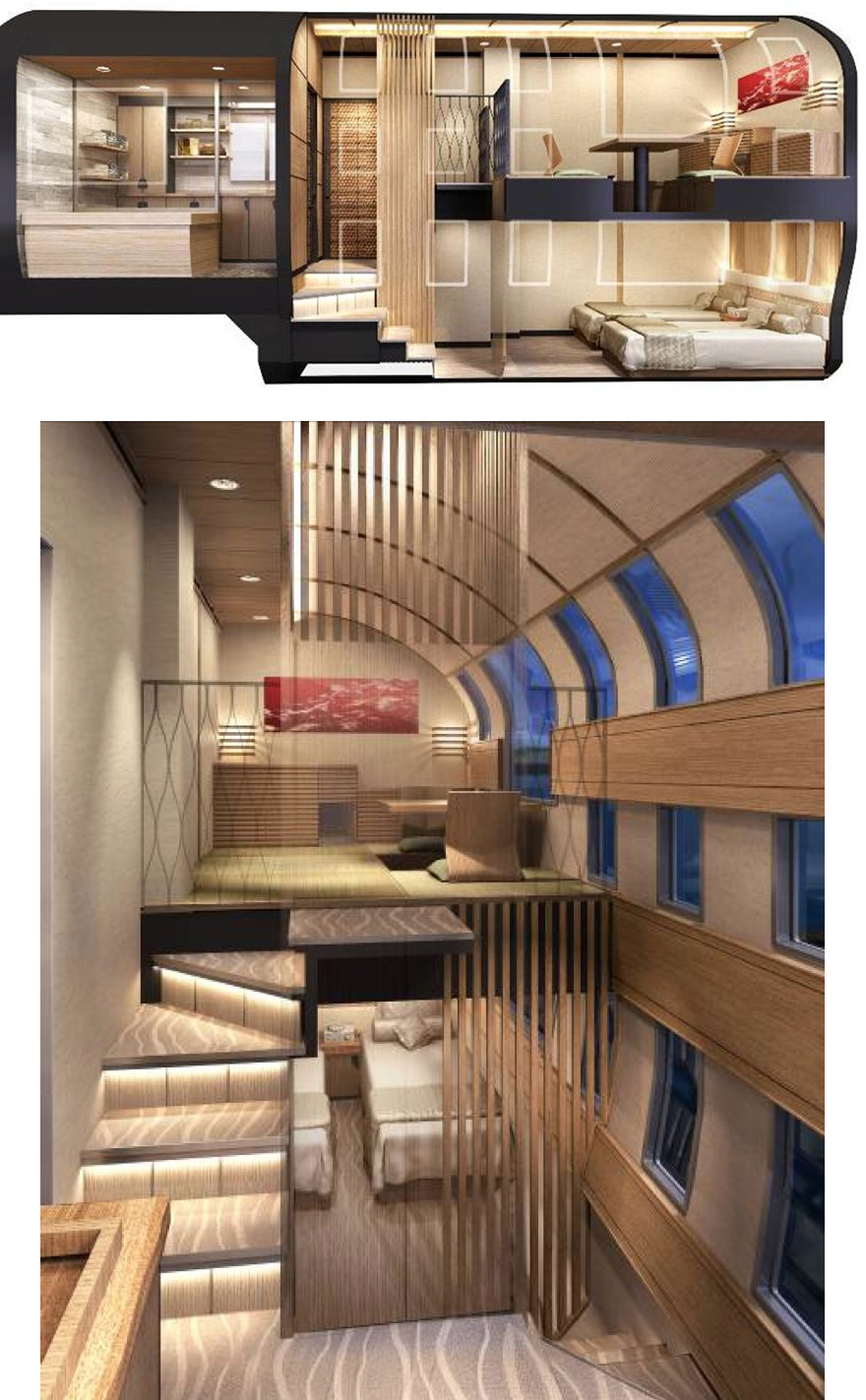 Okuyama has designed everything from furniture to eyewear to robots to Ferraris, and he has prior train design experience as well, having worked on JR East's E6 and E7 bullet trains, which launched last year and this year, respectively. But while the Shinkansen is a relatively affordable form of mass transit—it has to compete with airfares—the Cruise Train will be anything but. The luxury tourer's development costs are reportedly 5 billion yen (US $49.3 million), yet the ten-car train only accommodates 34 passengers; for JR East to make their money back, they'll have to charge a pretty yenny.

The Cruise Train is expected to launch in 2017.