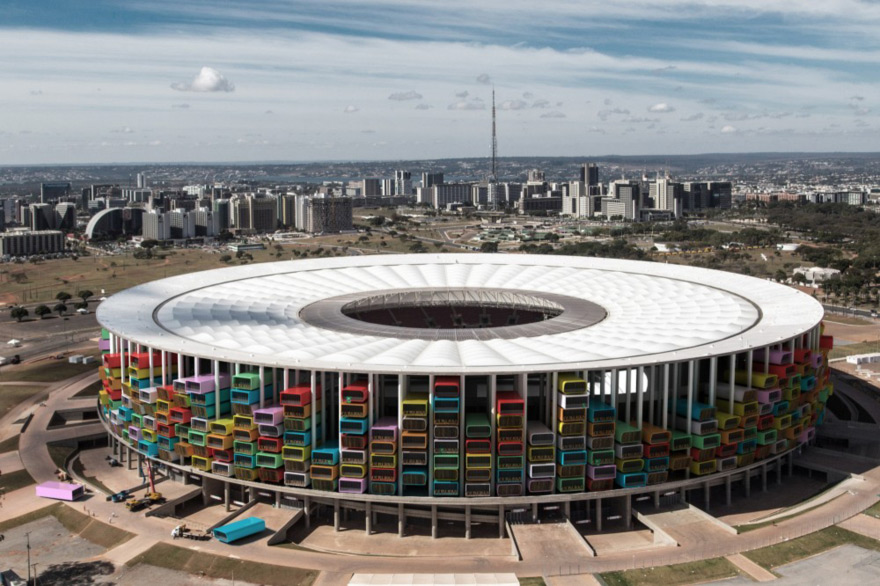 No Brazilian can be happy with their national team suffering two crushing defeats in a row, and now the country is dotted with brand-new stadiums that can only serve as a painful reminder. But now that the World Cup is over, perhaps those stadiums, so expensive and controversial to build, can be put to more enduring use.

Architects Axel de Stampe and Sylvain Macaux have put forth a proposal called Casa Futebol, whereby the twelve stadiums would be reappropriated for housing. The concept calls for the design of prefabricated apartment modules of 105 square meters that could be inserted into the periphery of each stadium's shape, along with "colonizing the outside facade" to give them a different look. 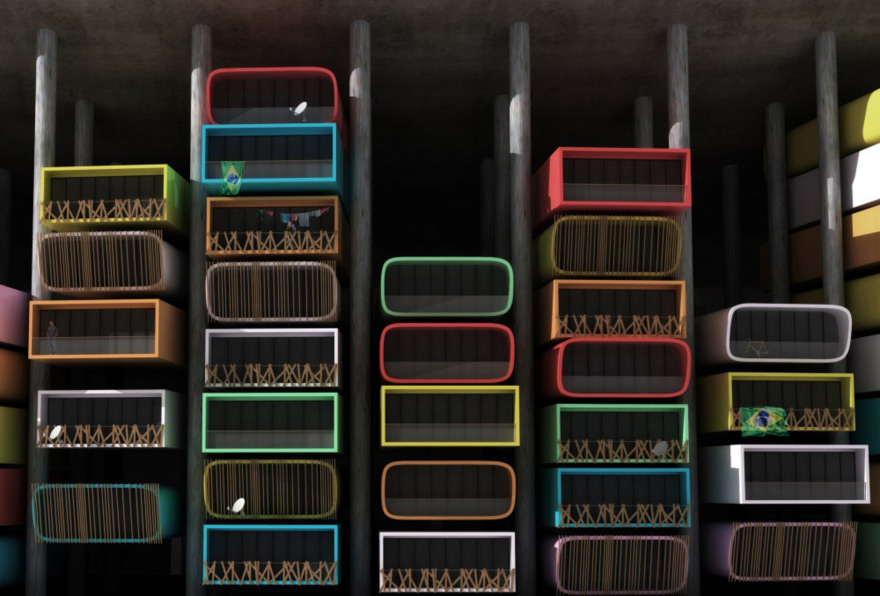 Under the plan, the soccer pitches within would be maintained for public. "It is not a question of denying the interest of Brazilians [in] soccer, [but one] of proposing an alternative in the deficit of housing," the duo writes. 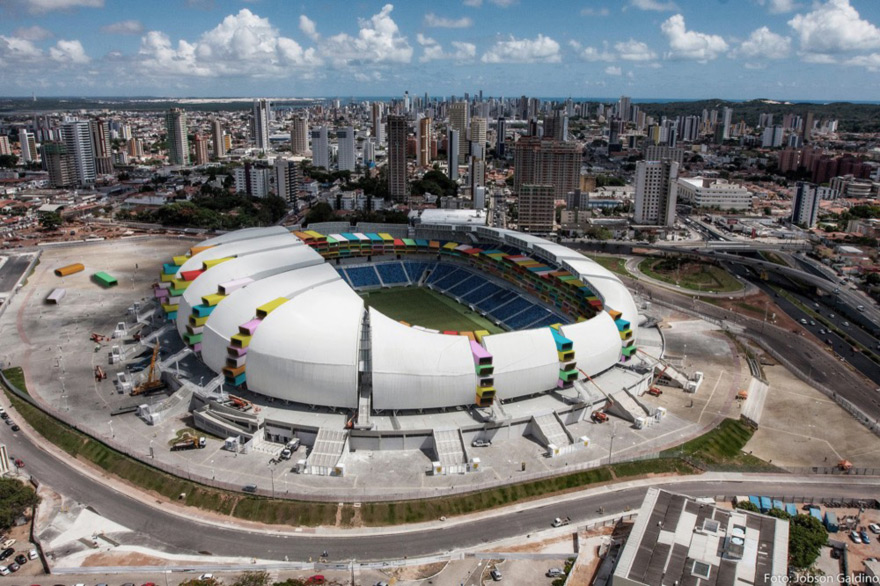 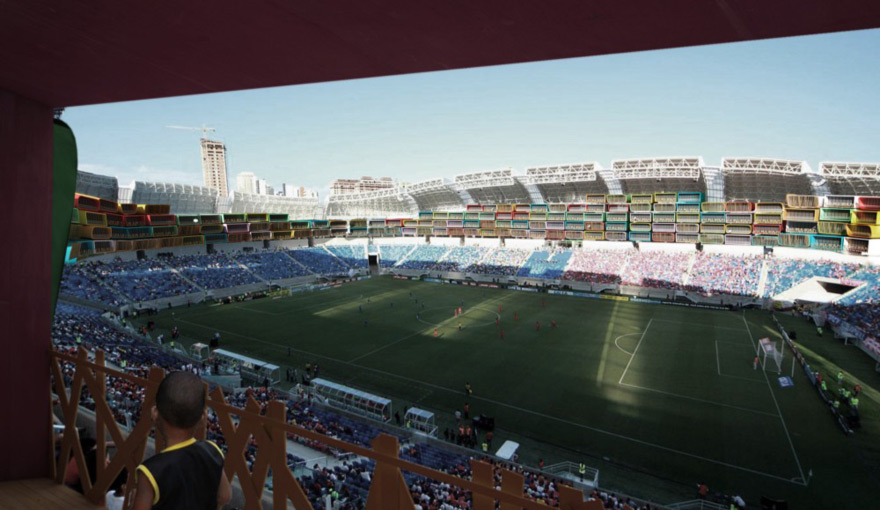 It may be wishful thinking—105 square meters is a far cry from the 35 square meters allotted by the Brazilian government's current public housing, according to one commenter on the project page—but what concept isn't? While the chances of a project like this actually seeing execution are probably slim to non-existent, at the very least it might spark a broader conversation among the directly-affected parties, who will hopefully see this project and add their input. As the aformentioned commenter (who hails from Brazil, unlike de Stampe and Macaux) points out:

...As a Brazilian...I can affirm that the idea of this project is very interesting but sadly it also reflects a sad and stereotyped view from the ones that don't actually live in here...

...Eight out of 12 of [the stadiums] will be used monthly and certainly will bring profit to the capitals, by the way, "only" 4 stadiums (the "Arena das Dunas" in Natal, "Arena Amazonia" in Manaus, "Nacional Stadium" in Brasilia and the "Arena Pantanal" in Cuiaba) will be unutilized after the end of the competitions, for [these] stadiums your project could be well applied.

...[Still,] I hope that this project receive[s] the deserved investment to allow its continuity. 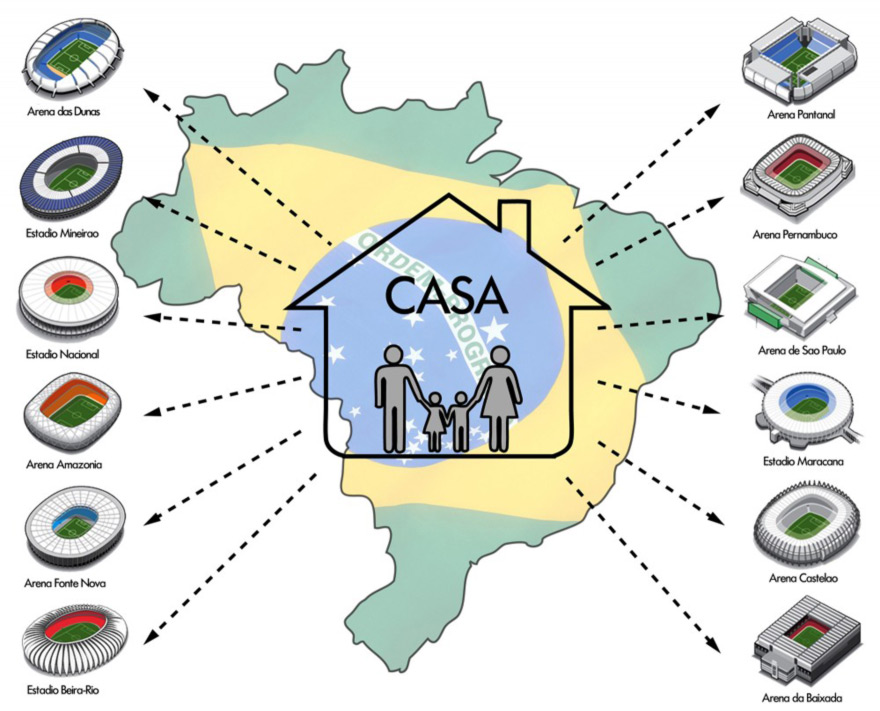