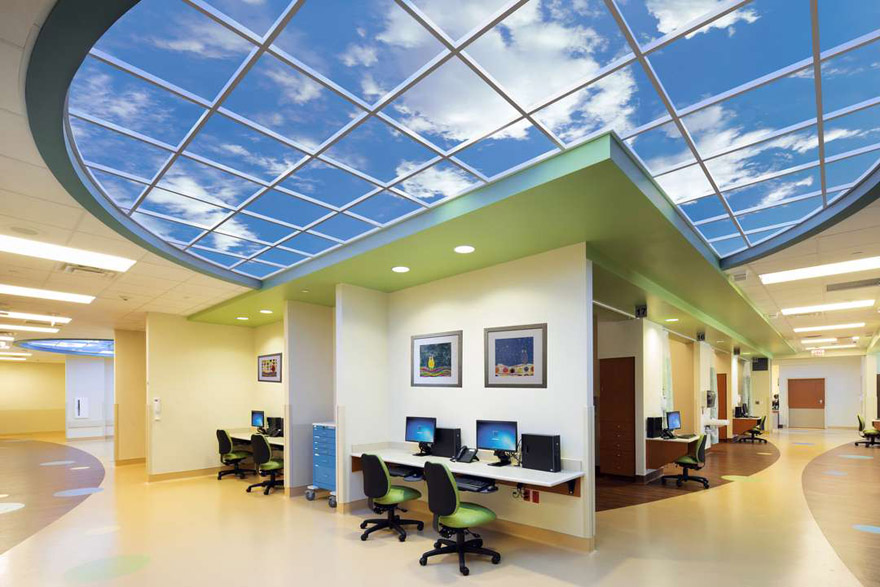 An installation at Kingwood Medical in Houston, Texas

For those of us who live on the top floors of the pre-war walk-up buildings that line the streets of certain New York neighborhoods, a skylight can be a perk—not enough to make up for the five flights of stairs, perhaps, but at very least a welcome source of light. But the upshot of a skylight isn't just illumination: Not only has it been scientifically proven that natural light boosts productivity levels, it's also good for morale and mental health. Unfortunately, most office buildings weren't designed with white collar vitamin D deficiency in mind. This is where Sky Factory comes into play with their "embedded" skylights.

The impact of Revelation SkyCeiling in an office space

Sky Factory is based in Fairfield, Iowa—and take it from an Iowa native, no one knows the big blue better than the those of us who live against a backdrop of never-ending corn fields. The cerulean ceiling projections are designed to produce psychophysiological relaxation responses. In other words, the simulated natural light may well get you through that moment of midday work panic or waiting room purgatory.

Measuring in at 8’×8’, the company's recently launched Revelation SkyCeiling features their biggest panels to date. The light is comprised of four layers: a fluorescent lighting system, an acrylic tile featuring a photographic reproduction of the sky, "elevators" that gives the system structural depth into the ceiling, and a customized ceiling grid to top it all off (see the exploded view of a similar product here). While diaphanous clouds and a blue sky are a given, scenes can also include sunlit trees, which fauna-deprived New Yorkers might appreciate more than anything. 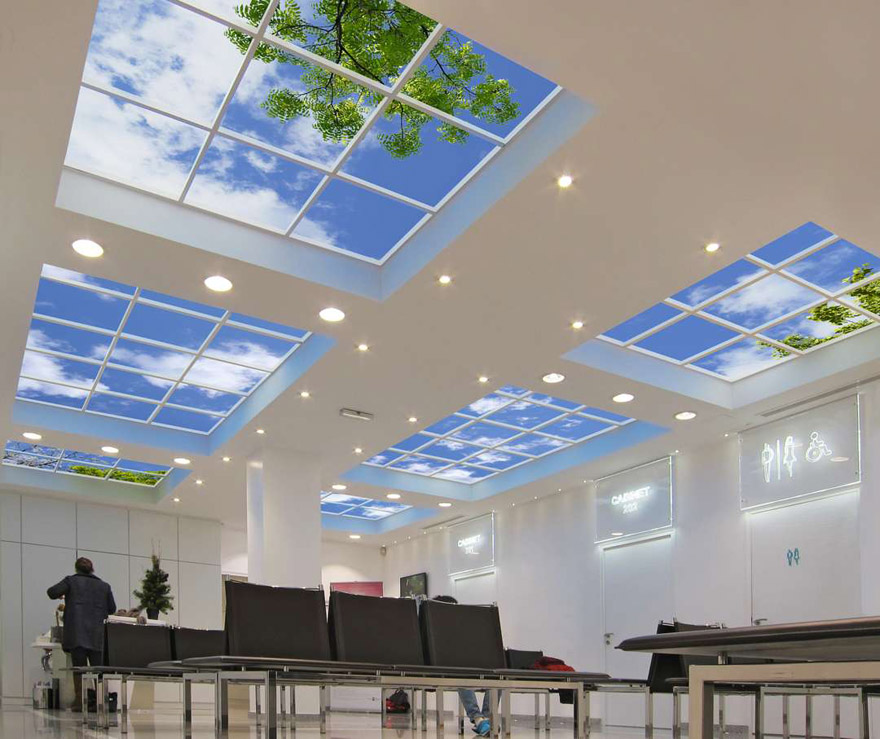 According to the press release, the launch of the Revelation SkyCeiling coincides with the publication of a recent study, "Neural Correlates of Nature Stimuli: An fMRI Study," in the Winter 2014 issue of the Health Environments Research & Design Journal. "The study explored the unique neural pathways involved in the perception of open sky photography, a key component in the design of virtual skylights that deepen biophilic engagement." (No word on whether Sky Factory's offerings incorporate the lighting innovation we noted just a couple of months ago.) 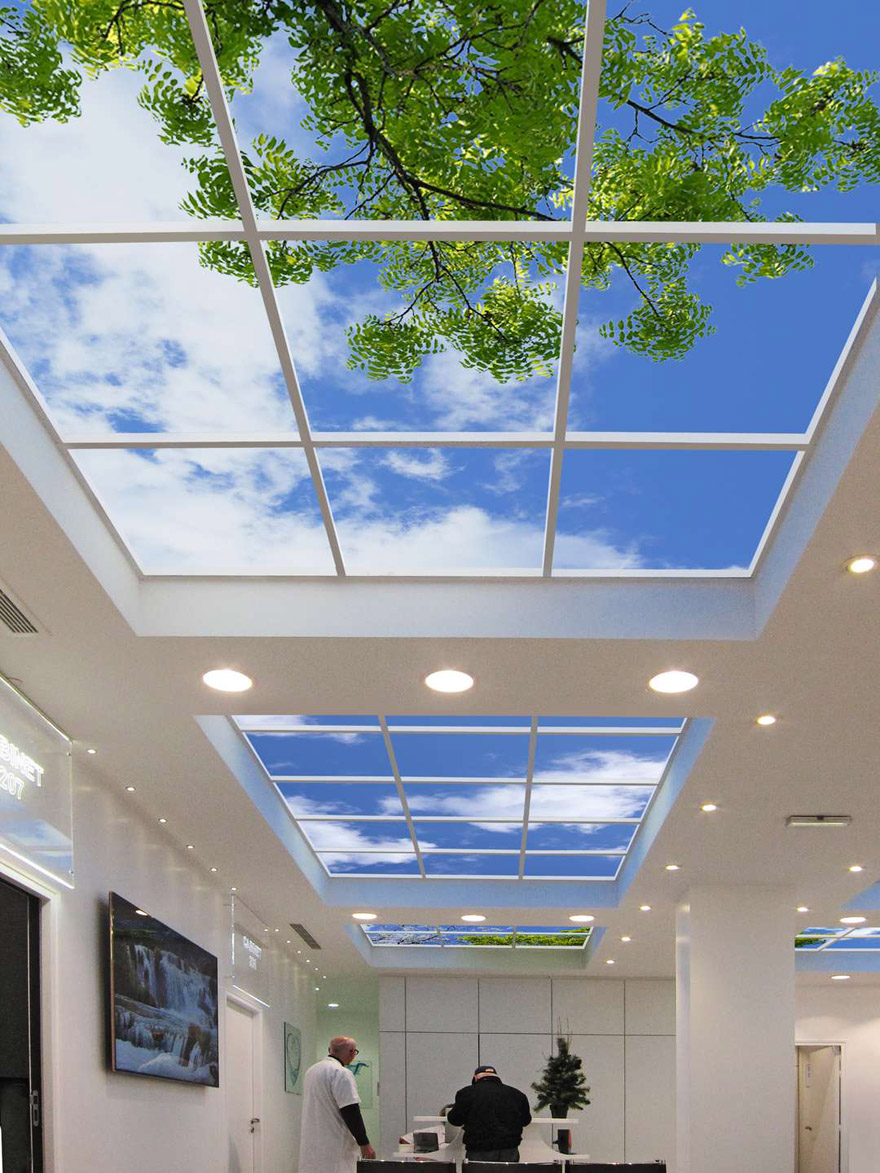 Another angle of the COSEM Auber reception lounge in Paris, France

While there aren't enough skylights in the world to get us excited for Monday mornings, this could be a step in the right direction. One can only hope that they'll offer stormier variations on the sunny skied panels—just think of the fun you could have with unsuspecting visitors and a killer storm depiction.

The impact of Revelation SkyCeiling in a retail space

Architizer seems convinced that this is the "finest and most realistic example of imitation skies available in architecture since the painstakingly rendered frescoes we all love to admire." Ok, but I just can't seem to kick memories of those kitschy "moving mirrors"—you know, the ones that most commonly feature exotic waterfalls and beach scenes—out of my head.