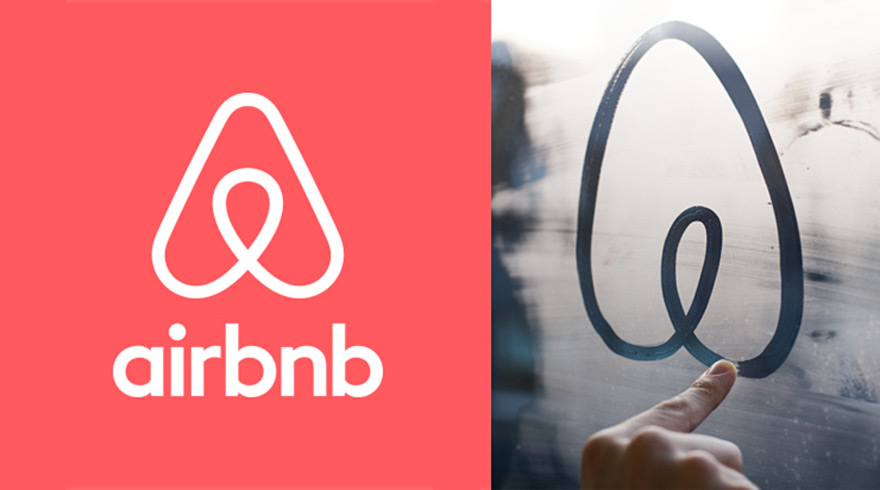 And we are not intending a pun in the title at all. The thing is perfect.

We were excited to attend the press preview of Airbnb's new identity last week in Tribeca and have to say that the new marque is pretty brilliant. Co-founder and friend Joe Gebbia kicked off his remarks with a shout out to Core77 as "the first site to ever write about Airbnb"(!)—back when it was "Air Bed and Breakfast"—and then took us through the evolution of the brand to its new birth this morning.

The heavy lifting was done by DesignStudio, a London-based shop who basically embedded themselves at Airbnb HQ for months (and is now led in SF by immensely thoughtful founding partner Paul Stafford).

All we can say is that if they wanted something completely universal, instantly memorable, drawable, customizable, and hackable by every homeowner, front lawn sign maker, and (we're guessing soon) restaurant and shop window, DesignStudio and the folks at Airbnb have hit it out of the park... and, well, right through your bedroom window.

They're launching a Create Airbnb site today to let you make your own version, so we figure by tomorrow this logo will have worked its way around the world into myriad interpretations and some pretty smart embodiments...especially since this is such a beloved brand with countless fans with Photoshop, phones, tablets, and painting apps in their arms.

Ready, set, go. And congrats to the team.