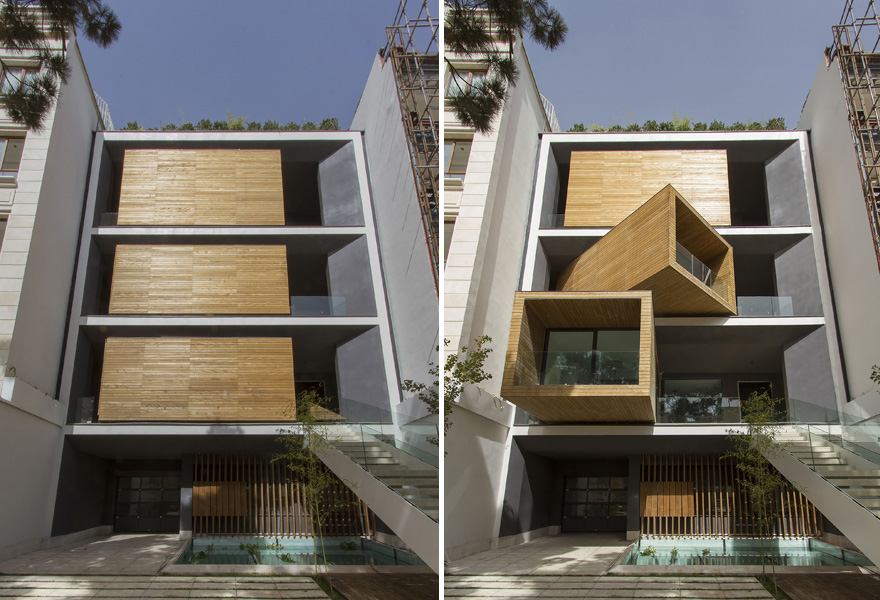 You've gotta love a house that comes with instructions. The newest project from Iranian design group nextoffice scales up the the space-saving technique behind the Murphy bed and enhances it with a bit of Hogwarts-like whimsy. Their work on the three-floor Sharifi-Ha house in Tehran incorporates a series of semi-mobile rooms, which can be oriented to allow for extra space and sunlight. 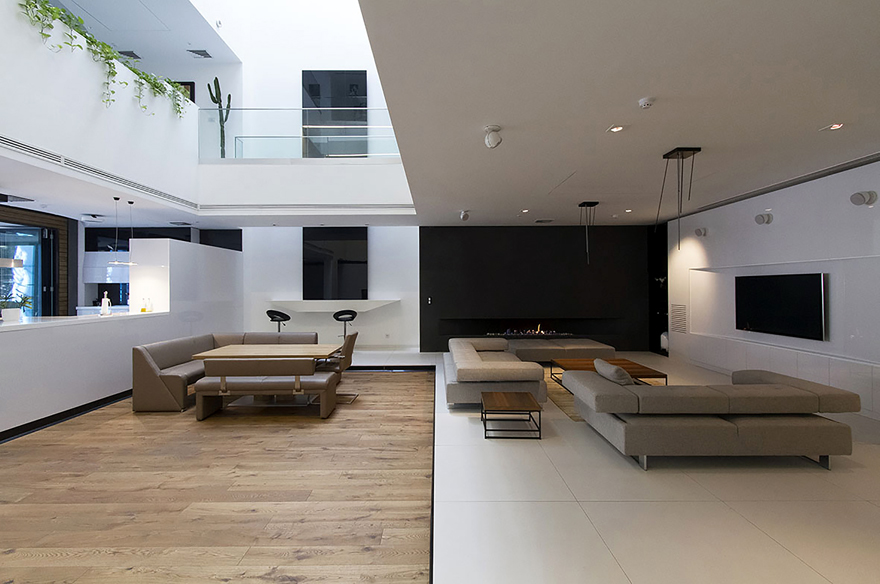 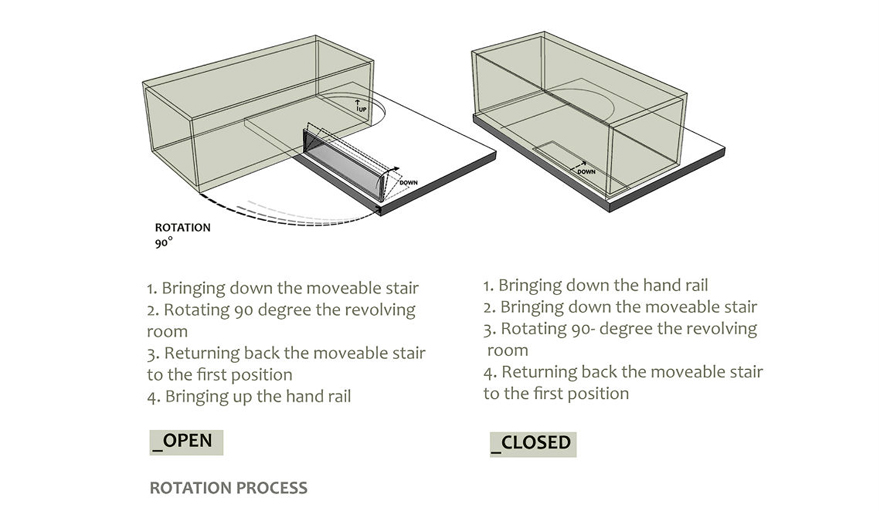 As any city dweller knows, you don't have a lot of square footage to work with in urban hotspots. This design addresses this issue a stack of three rectangular rooms that can either be aligned flush against the façade of the home or rotated perpendicular to the outer wall—creating weather-friendly options for both a winter and summer living space. 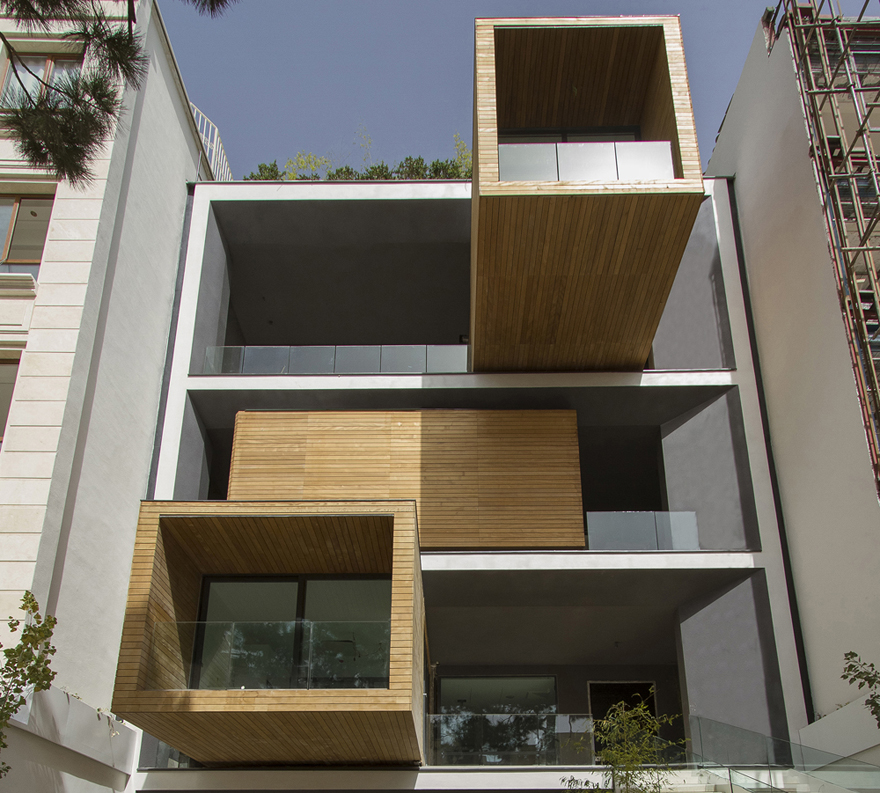 The rooms can be rotated by simply pressing a button and lifting a stair to secure the room in place (check out the 'instructions' below for more insight on the mechanics). Nextoffice shares more on the architectural potential of the Sharifi-Ha House:

The project consisted of four major parts: the fixed volume of the structure, the void, fixed volume and the mobile volume, respectively. When the turning boxes are closed, the building captures sunlight throughout the space of the central void, which also connects the two fixed volumes by suspended bridges.

The house adapts to the functional needs of its users. For instance, depending on whether there is a guest or not, the guest room (located on the second floor) can be reconfigured for different purposes. Similarly, home offices and breakfast rooms (turning rooms on the first and third floors) can change the formality of their appearance according to their residents; desires. In other words, there is always the possibility of having different seasonal or lighting scenarios

There are a lot of different ways out there to save space and stand out at the same time, but I love the idea of seasonal rooms. You can check out more work from nextoffice here. I want to know—what's your favorite space-saving architecture trick? Share your finds in the comments.