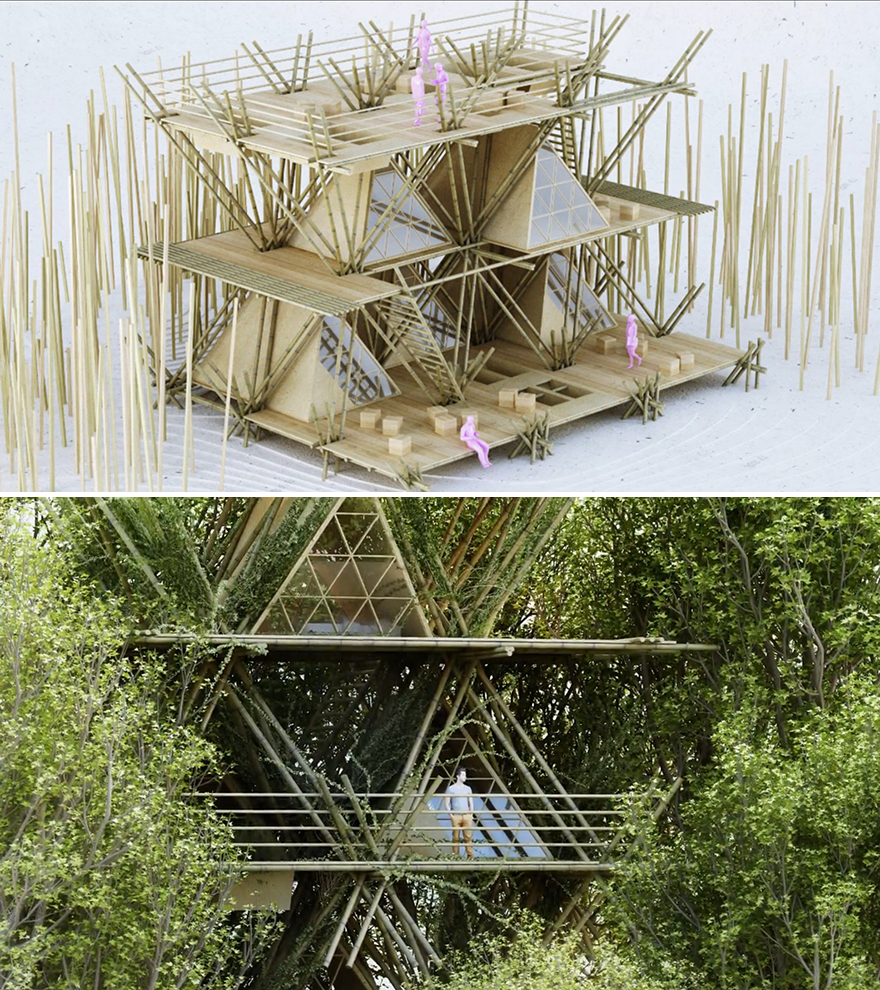 Something you see a lot of in New York is workers assembling or disassembling a metal scaffold, but you almost never see them made out of new-looking pipes. The banged-up metal is a testament to how much use they see over their lifetimes. In contrast, you'll also see workers assembling and disassembling temporary facades out of 2x4s and CDX, but the difference is, the wood all goes into a garbage dumpster at the end, riddled as they are with screws and screw holes. They don't live to see another day, unlike the metal scaffolding.

Beijing-based architecture firm Penda has made a similar observation by looking at Native American tipis. When it's time to move on, the nomadic owners untied the rope bindings for the pole structure, bundled it together for transport, then put it up somewhere else. The lack of penetrating fasteners means the poles can be re-used indefinitely.

Thus Penda's "One With the Birds" project, which takes the local-to-China material of bamboo and binds it together with rope in a triangular matrix pattern that can then be built out. 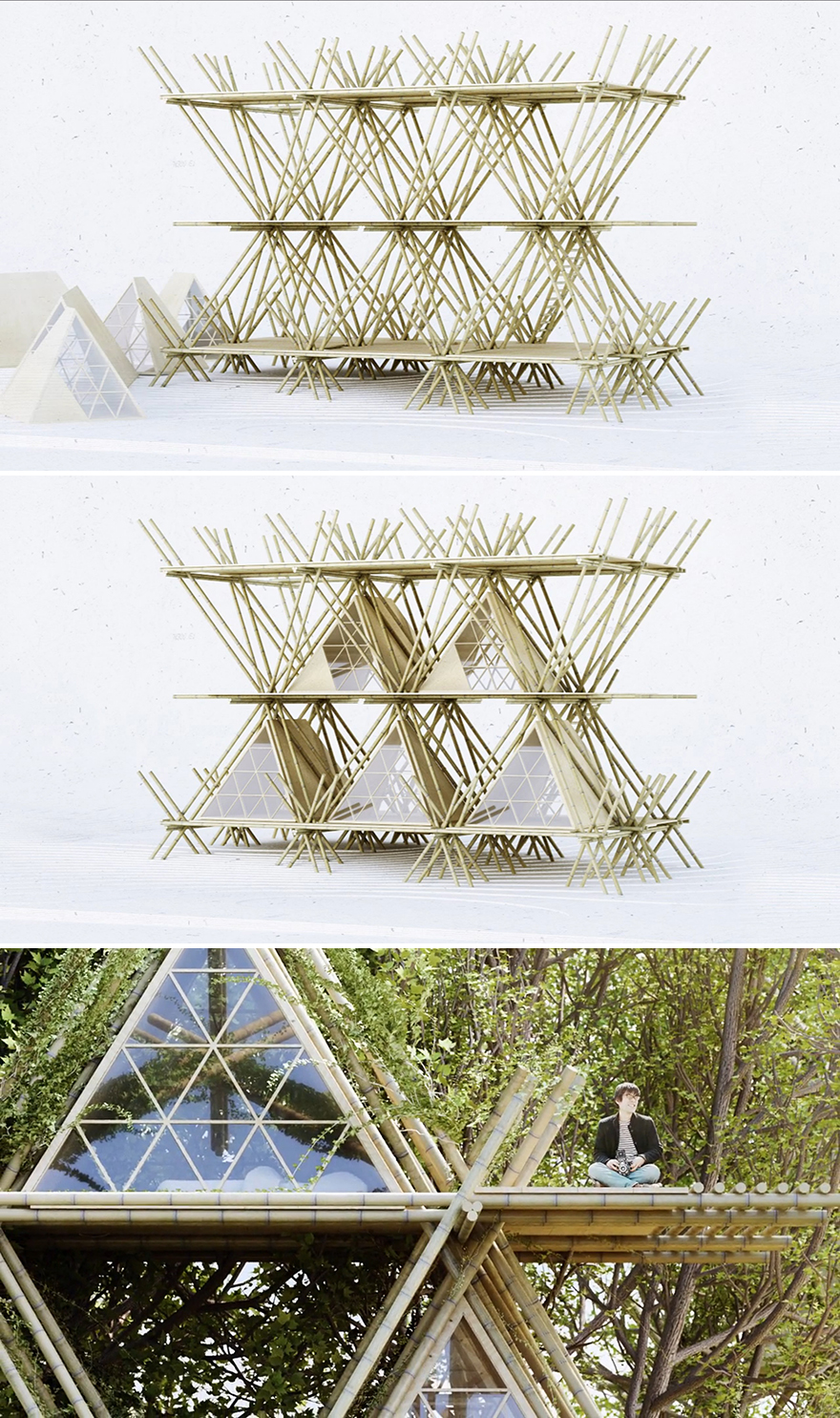 While it obviously takes a good deal more time to put together than toenailing studs into a bottom plate, the process leaves the materials completely reusable, and Penda envisions even tall multi-story structures being built with the system. 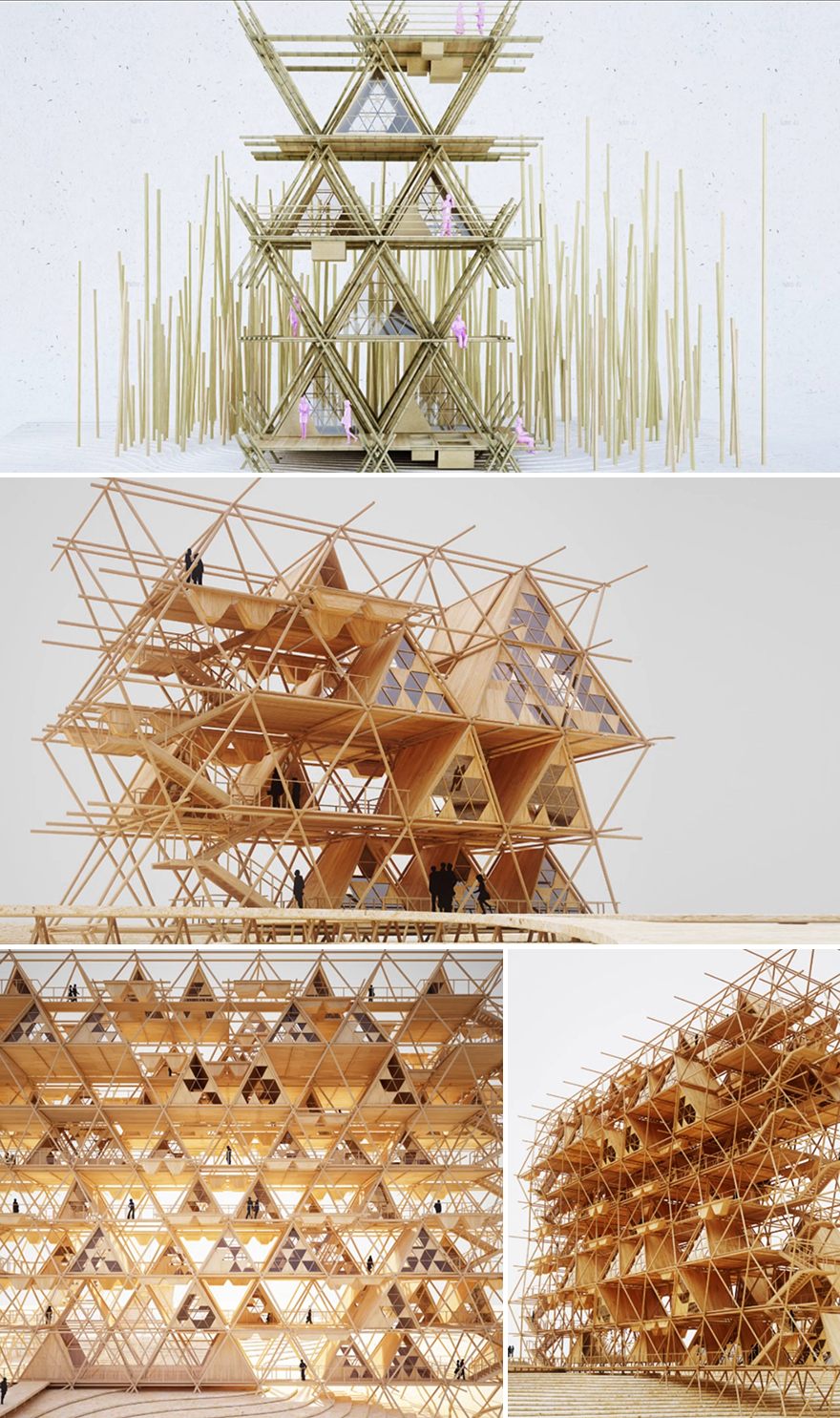 It's not a practical project, at least for now; "One With the Birds" was Penda's entry in an international competition to design a tent-based hotel.

The focus was to create a connection which leaves no impact on the site, nor any harm on the bamboo itself, so after the temporary hotel is deconstructed, the materials can be reused as scaffolding on a construction site or reused as another temporary hotel on a different location.