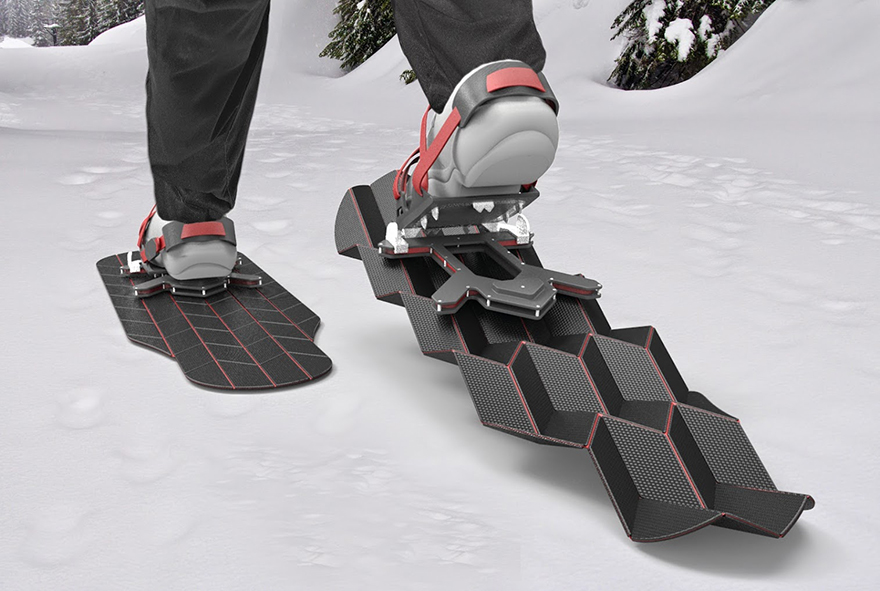 What if, Brunt reasoned, the footprint could shrink when lifted, enabling a more natural gait, then grow again when placed back onto the surface? 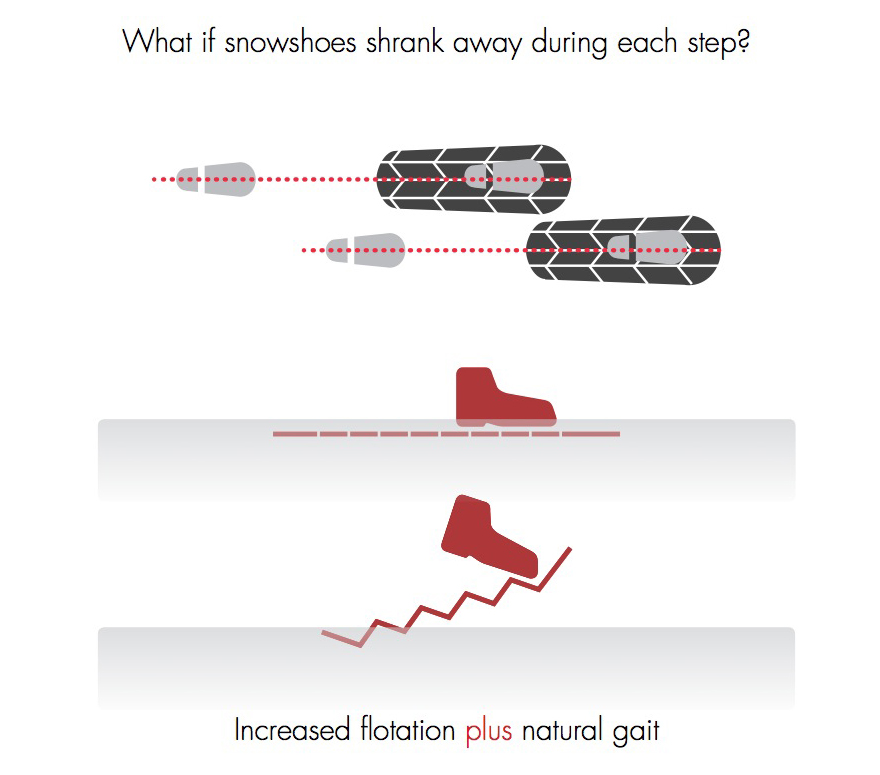 Brunt mocked up a bunch of "kinematic folding mechanisms" in cardboard to see what was possible: 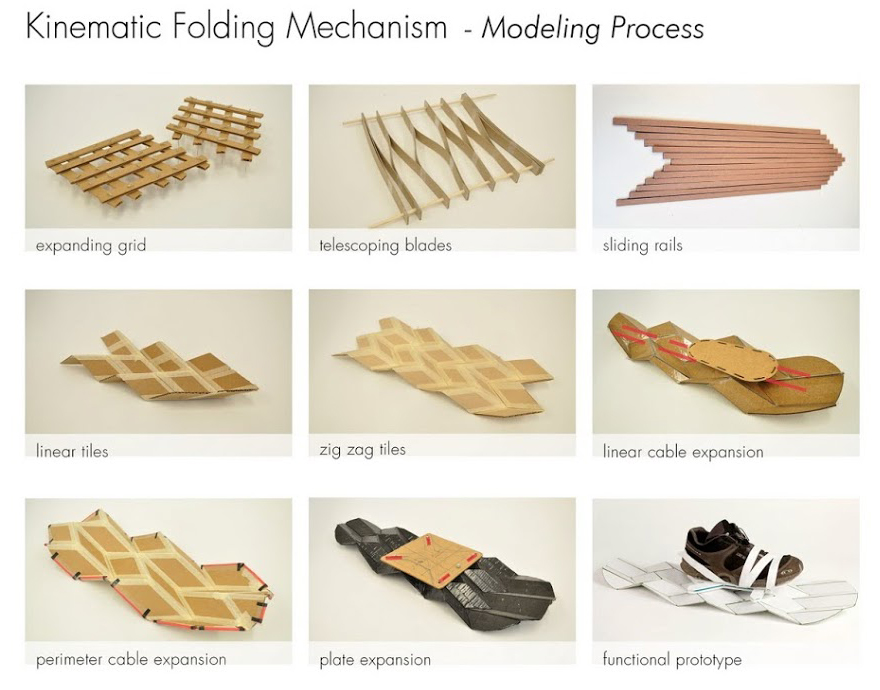 He then pursued a tiled parallelogram pattern... 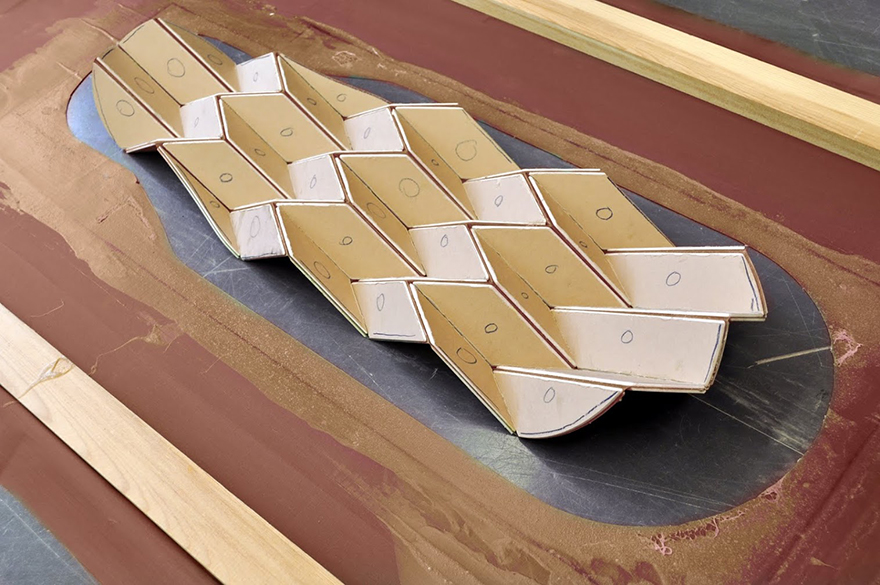 ...and worked out a weight-triggered foot plate containing a compression band, so that when the user raises his foot, the band tightens and pulls the tiles in. As the user steps down, the tiles flatten out again. 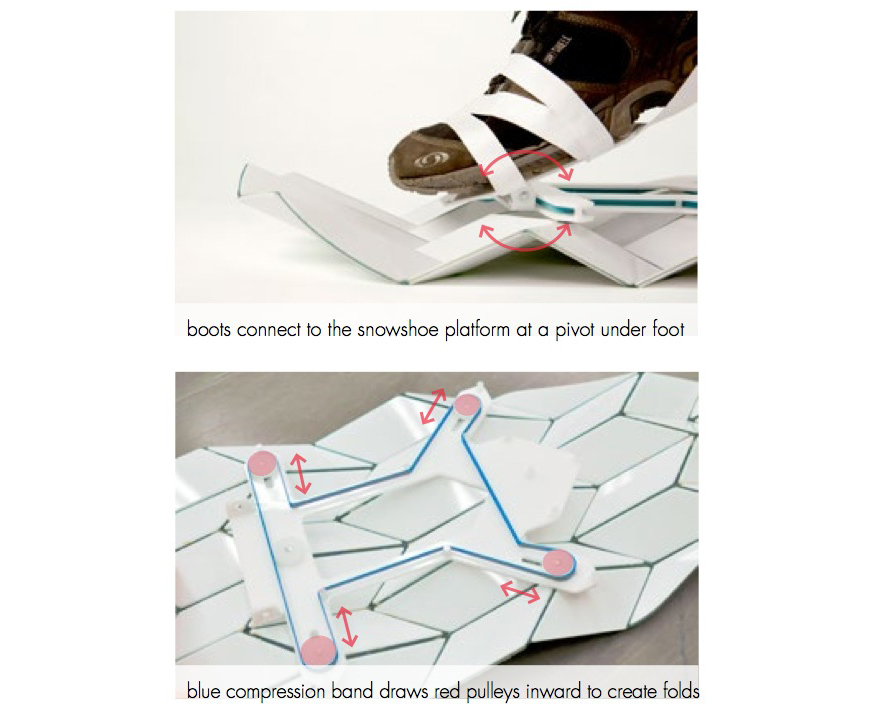 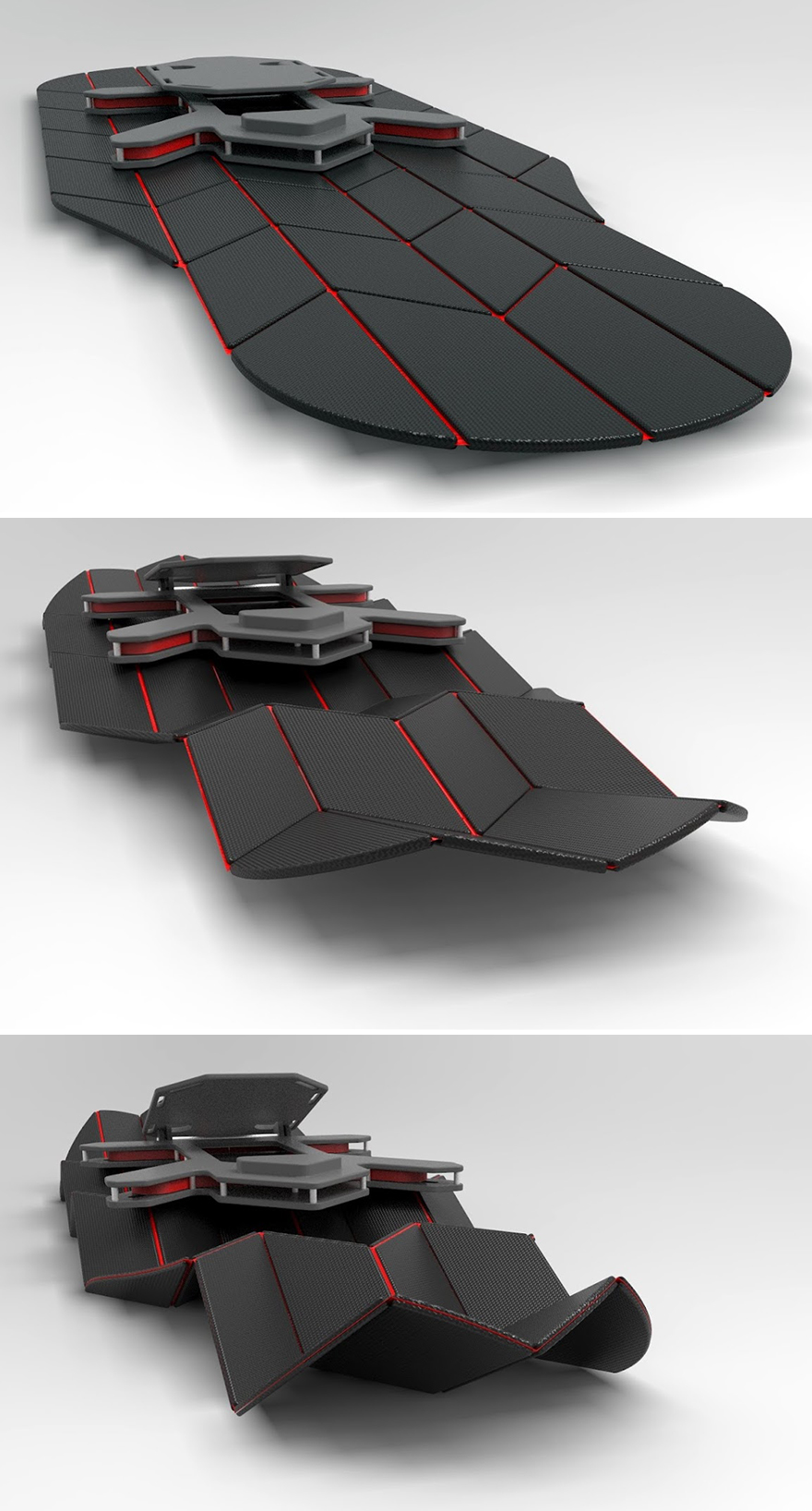 As I'm not a snowshoer—my primary experience with snow is falling down in it on slippery Manhattan streetcorners every January—I've got no idea if the design is actually practical, but I love that Brunt has laid out his development process for all to see. Nice work!