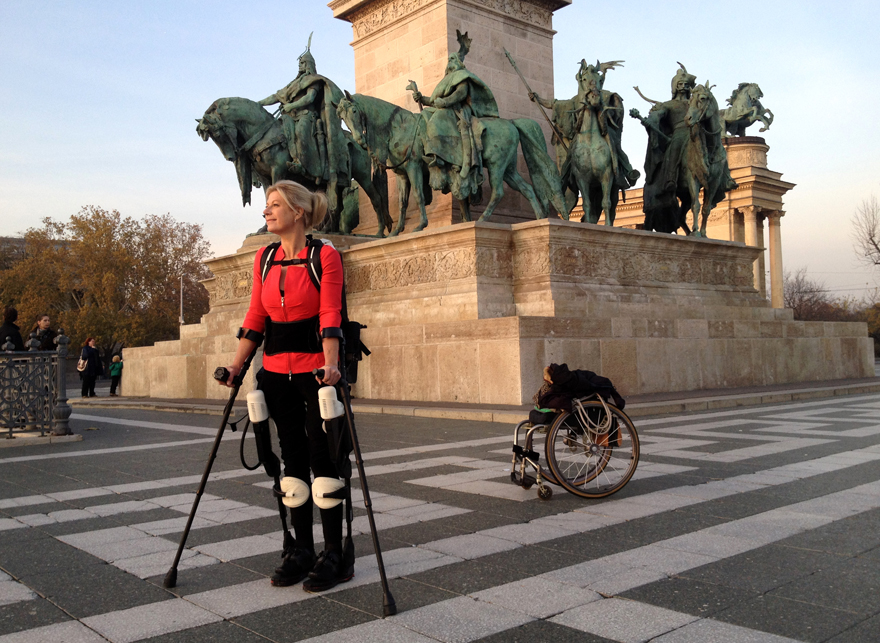 Although the perennial buzz around 3D printing has yet to materialize into a proper industrial revolution, the increasingly powerful technology has gained some traction in the medical world, where customizability and on-site availability trump the constraints of cost and scale. It may come as no surprise, then, that one of the 2014 Core77 Design Awards honorees that caught our eye was developed by a previous winner, whose work we'd covered as far back as 2010, before the the inaugural awards program.

This time around, Scott Summit took Professional Runner Up in the Social Impact category with the EKSO personal exoskeleton, a mecha-like medical device at the intersection of robotics, rehabilitation and digital fabrication. As a replacement for a wheelchair, the device has the potential to revolutionize mobility for paraplegic individuals. 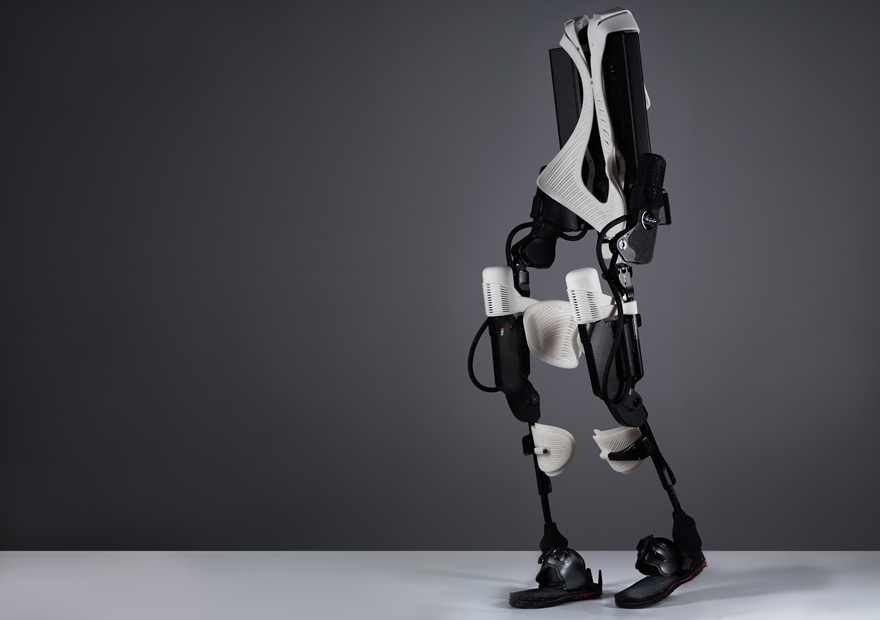 Summit shares credit with Gustavo Fricke, 3D Systems and Ekso Bionics, all of whom worked together to print parts that connect a person to their robot as naturally and respectively as possible. "This is an unusual design effort on every front," designer Scott Summit says. "We had challenges with the technical details, since these are massive files, and almost entirely organic, but very precise. It's also very tricky to scan a paralyzed person, and expect the data to be exactly as desired. We found that even the slightest detail could lead to dangerous bruising." All of that considered, the prototypes have been met with a great response. The test pilot loves it so much, she wants to use it all of the time. But like many of these things go, the team has to wait until the design is FDA certified to be worn daily. 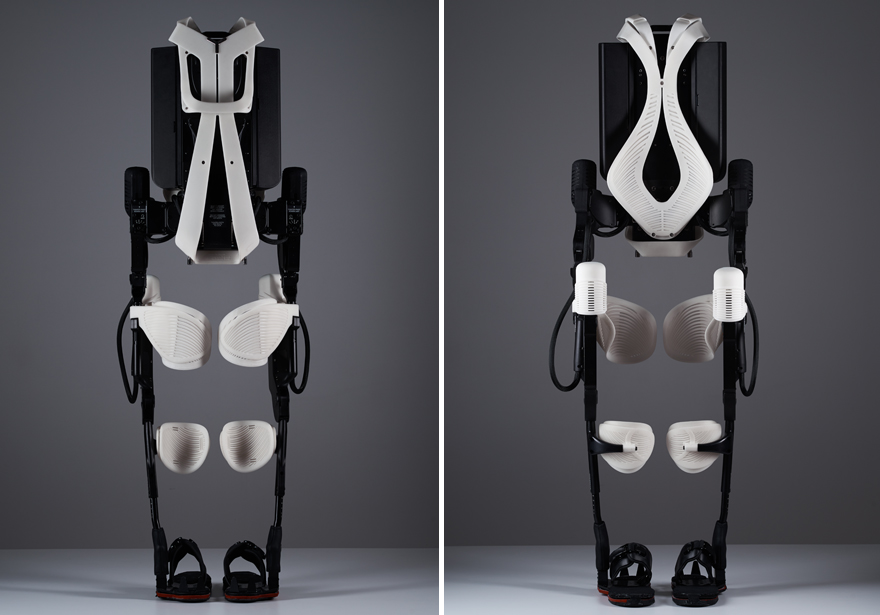 As the first attempt to design a 3D-printed exoskeleton that's strong enough to be worn regularly, EKSO proved to be a highly technical undertaking. "The robot had never been intended to have 3D-printed body-interface parts attached to it," Summit says. "So these parts had to mount to the motors, to secondary mounting locations and anywhere else we could affix. We hope that the next generation robot will feature easy mount points for such parts."

If this sounds like a premium, Terminator-like approach to a problem that already has a solution, you're kind of right. The designers have faith in the future of 3D printing: "We like to think that 3D printing some of it will reduce the costs, but extensive research must still be done to prove this out, and many parties need to be convinced of this imperative," Summit says. "I believe that this class of robot will one day become affordable to all in need, easy and versatile, but it is now only in the formative stages." 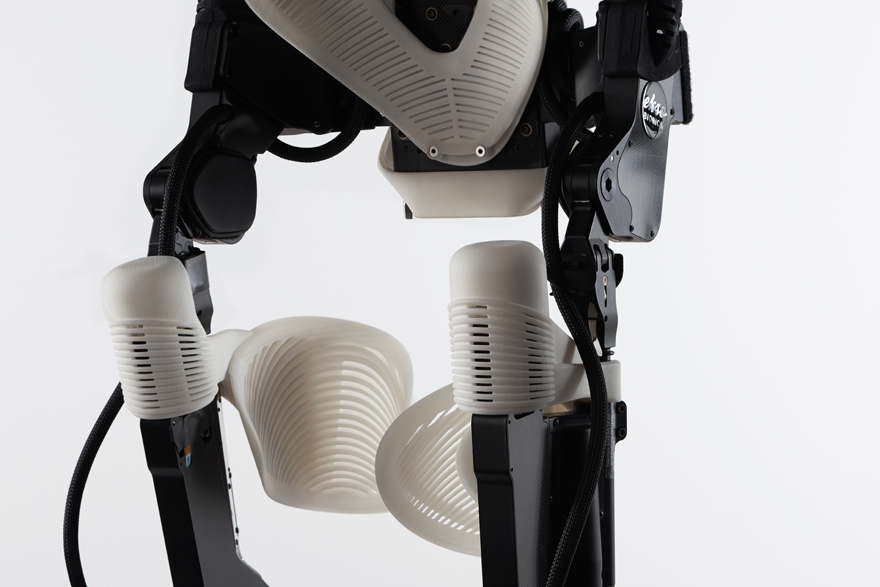 The project was a success, but it was a frantic run to the finish line. Fellow designers can certainly commiserate with Summit:

The process became very just-in-time. Parts were lost in shipping, and we had to have parts hand-carried to Budapest, the night before our first public test-drive. By 3am, we still did not know if the robot would work, and we were scheduled to be walking before a Singularity Summit audience to open the event the next morning. Through the night, parts we modified with dremmel and X-acto, and the robot did function as hoped. Room service came as we were testing the robot in the hotel, and was surprised to see a room covered in plastic shavings, tools everywhere, and a humanoid robot standing in front of them.

The team's advice to future Design Awards entrants: "Never be timid. Designers are the only ones who are expected to demonstrate the outrageous ideas that challenge the rest of the world to question their assumptions."

Check out a full list of the 2014 Core77 Design Awards honorees here.