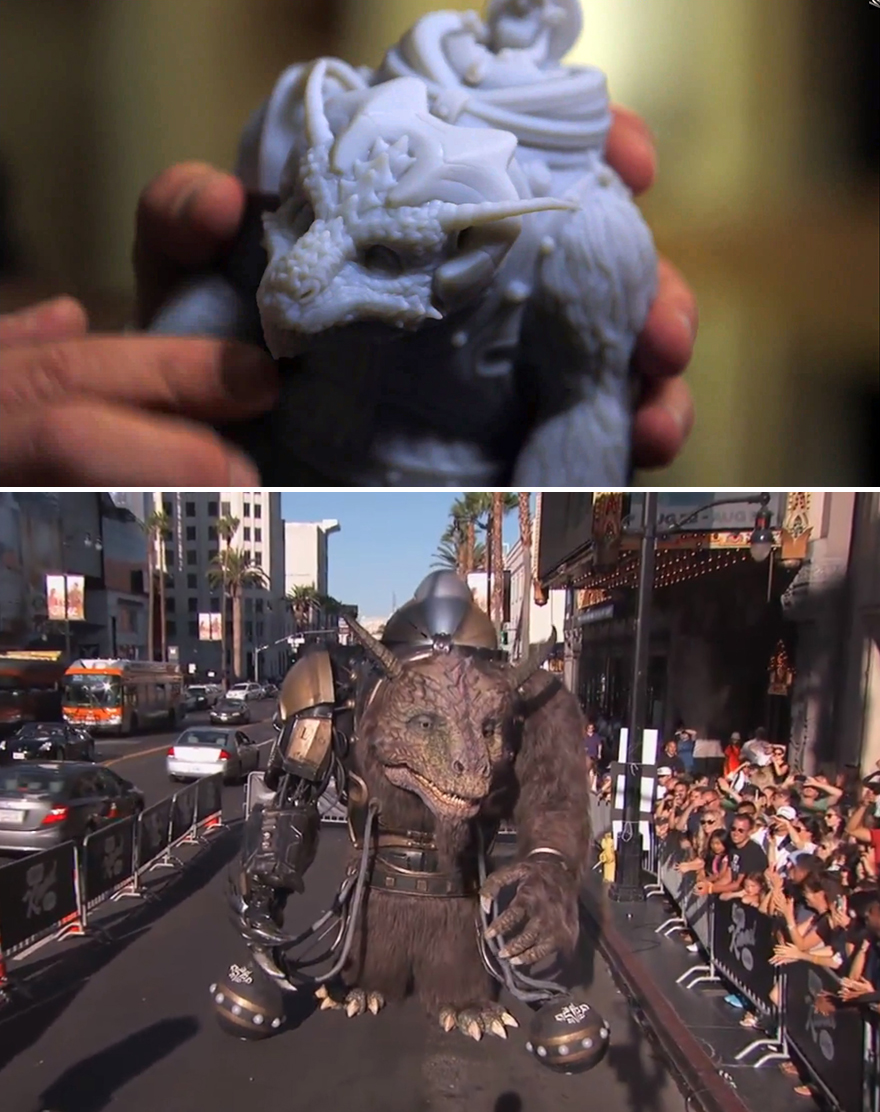 Every once in a while, a star shows up on Jimmy Kimmel Live and you find that their mother is sitting in the audience. On the show last night something similar happened, albeit with an unusual guest—a bipedal 14-foot monster named "Bodock." Watching proudly from the crowd was Stratasys manager Leslie Frost, tweeting pics and updates.

That's because key parts of the creature, like the chest armor, shoulders, arms and fingers, were enormous ABS parts that came out of a Stratasys 3D printer. "Everything about the giant creature project was ambitious, including size, weight, delivery schedule and performance requirements," says designer Matt Winston. Without large-scale 3D printing and specifically, access to a Fortus 900mc, which has an insane build envelope of 36”×24”×36”, "none of it would have been possible."

Designed by FX house the Stan Winston School and engineered by technical firm Legacy Effects, "Bodock" was created for San Diego Comic-Con, which opens tomorrow. (Kimmel watchers were given a sneak peek a two days early, as the host gleefully revealed to a crowd of unsuspecting kids that Bodock contains the internal plumbing to spray liquid sneezes.) Leading up to the launch, Wired's been tagging along and shooting the development process:

As you can see, the scale of the thing is enormous. But as with all giant-sized design projects, it starts with relatively tiny models:

"The main advantage to 3D printing was going directly from a concept design to an end-use, physical part, helping avoid any interpretation by hand or casting in a different material," said Jason Lopes, lead systems engineer at Legacy Effects.

Those of you attending Comic-Con can see Bodock in the flesh—er, ABS—tomorrow. For those that can't make it, here's the Kimmel footage from last night: