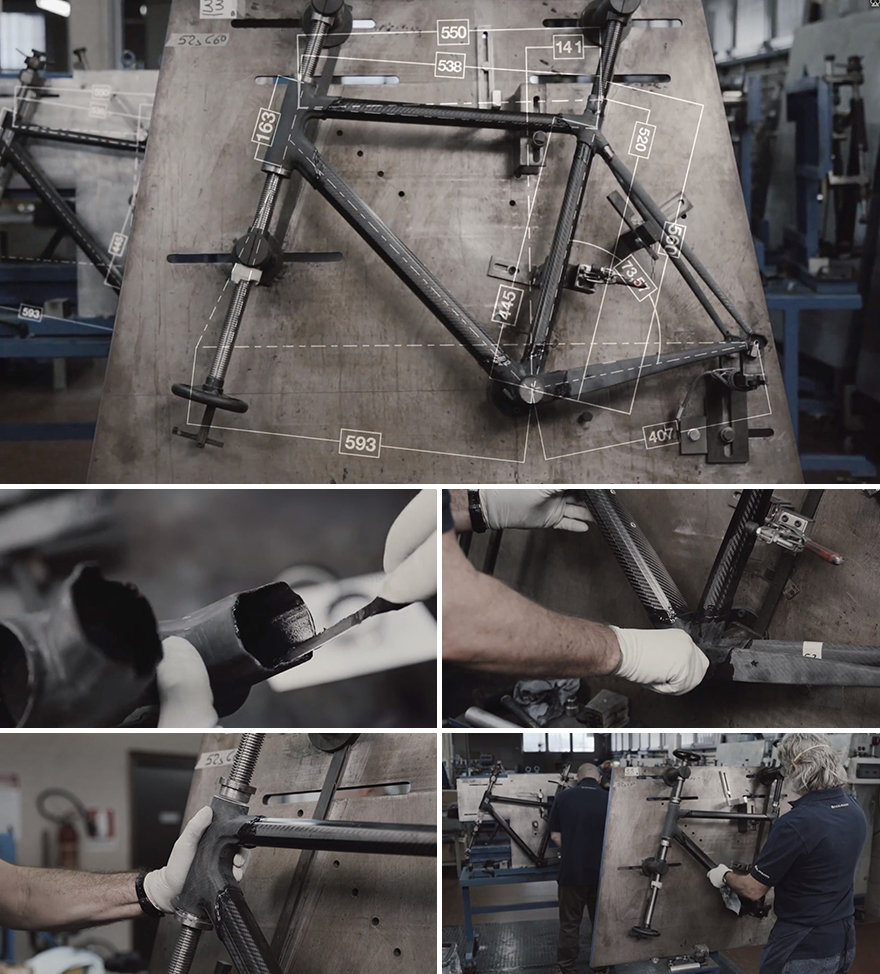 It's 1952 in Cambiago, Italy, and a young man makes a fateful decision not to go into the family farming business. Ernesto Colnago loves racing bicycles, knows how to fix them, and wants to make them rather than tilling the soil. His father responds by grabbing an axe—and cutting down the family's mulberry tree, to turn the lumber into a workbench for Ernesto.

Colnago started selling high-quality custom steel frames in 1954, and in the subsequent decades gained a reputation for designing and building winning racing bikes. By the '70s, Colnago was making super-light steel frames, and in the '80s, used a then-radical top tube with an oval cross-section in a quest for increased stiffness. Then came the materials experimentation: Aluminum, titanium, and finally carbon fiber in a fateful collaboration with Ferrari in the late '80s.

By 1987 they'd produced their first carbon fiber prototype—but it wasn't ready for prime time. "The first fruit of Colnago and Ferrari Engineering's cooperation [was] the Concept bicycle," the company writes, "with carbon fiber tubes, composite three-spoke wheels and a gear system enclosed in the chainrings. The unusual gears [made] it too heavy for production, but the ideas in its frame [informed] all subsequent Colnago carbon fiber bicycles."

They've spent the years since working it out, and just this month they've updated their flagship bike. The Colnago C60 is hand-manufactured with the same process of "lugged" construction as its predecessor C59. Under this technique, the tubes that Colnago has formed from Japanese-made carbon fiber can be cut to specific lengths and inserted into a range of different lugs, or hubs if you will. This allows relatively quick and easy customization. (The alternative is to mold the frame in one piece, which would require a new, expensive mold for each variation in geometry.)

Watching the bike come together, it almost resembles a plumber cleaning and pasting PVC pipes together:

While Colnago now manufactures in Asia (as many manufacturers now need to for financial survival), Ernesto, now 82, made the decision to have the C60 produced in Italy. Bicycling.com asked him why. He responded:

I was born as a frame maker. For us it is not all about money. Our passion is to create frames, not only to design them. I want to follow the full process, from the sketch to the final shipping of the bicycle. Making frames is part of my life and it's part of the history of my brand. That's why we still make frames here. I think we still have something good to do here in Italy.

And here, for good measure, is a making-of video on Colnago's steel frames: