How Sandstone Arches Are Formed 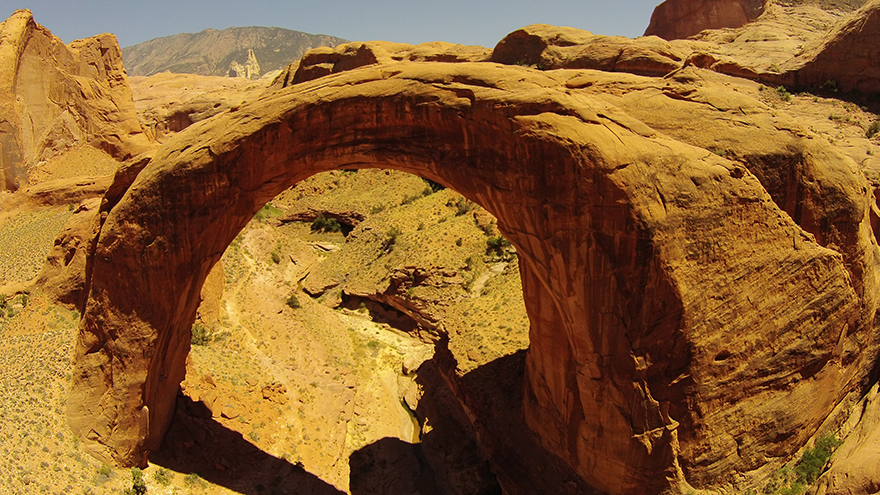 Sometimes inspiration for how to use a material can come from the natural world. Case in point: The beauty of Utah's arches like the Rainbow Bridge above. A recent study out of Charles University in the Czech Republic breaks down how such sculptures form—and, in doing so, allows us to see potential for our own design and creativity. 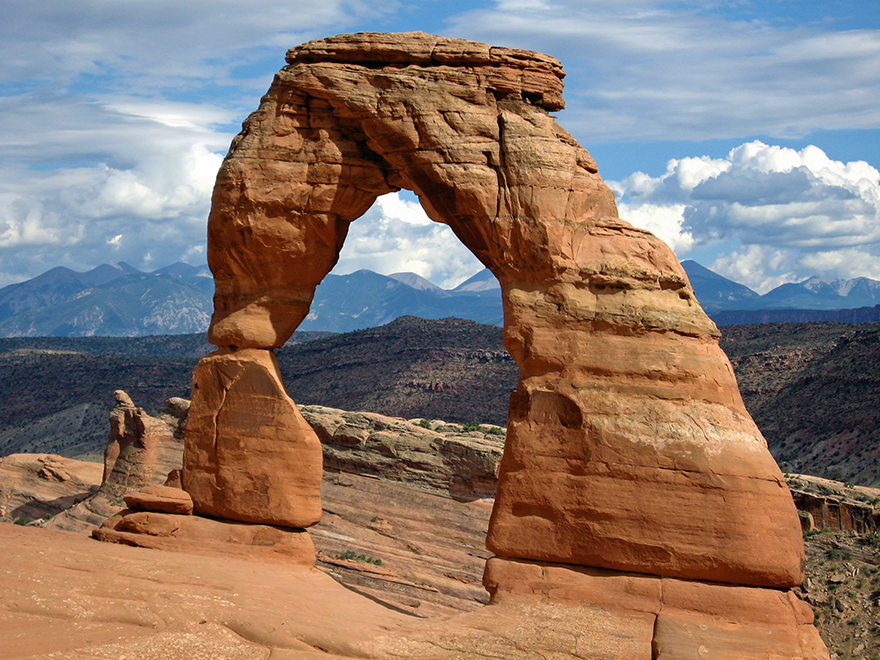 The natural occurring arches and narrow stone towers do not require a complicated mix of materials or the natural variables involved in geology or weather. All we need is some sandstone and stress.Scientists have thought that these natural structures form out of mixed layers of rock, with the softer materials falling away, leaving the more stable and strong rock. For example, Utah's arches were thought to have formed from frosts that caused sandstone clumps to break away. But it seems that it's the sandstone itself that forms the structure. As sandstone experiences low-level pressure, the sand particles link to each other and create what scientists call locked sand. And this is pretty strong, powerful stuff.

The recent Czech study replicated the formation of a sandstone structure by placing weights onto cubes of sandstone. This caused the sand grains to interlock. Then researchers immersed the sandstone blocks in water. And as expected, the sides washed away—but a narrow column appeared to stand strong beneath the weighted top (watch video below).

This column took all the load, and this further strengthened it. Eventually the column became even more narrow and the load even more great, so much so that column developed into a solid structure that became immune to any further erosion.

The scientists were also able to create caverns and arches by etching cracks into the initial block of sandstone. They could also form interesting arches when they placed the block over channels or gullies. The sides of the block would take on the pressure of the weight but the middle bottom fell away—causing the arch to form.

This idea of natural formation might inspire us to mimic such sculpture in art, design or architecture. Elegant, beautiful and so awesomely simple.

How Sandstone Arches Are Formed