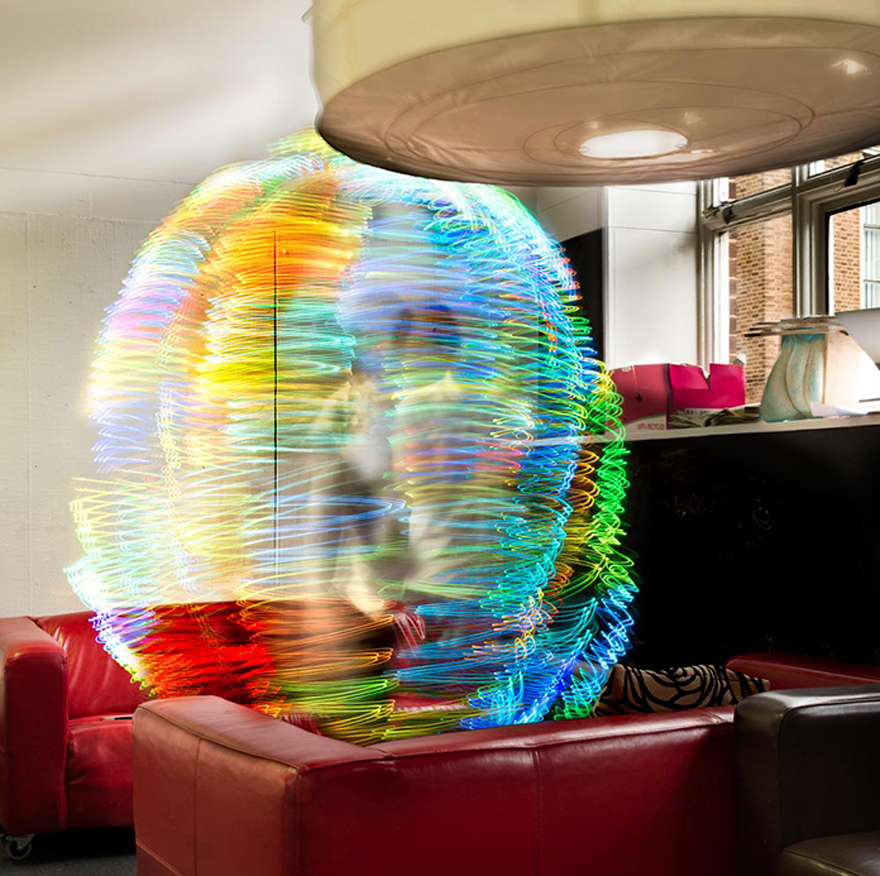 Since the dawn of the radio, over a century ago, there has been buzz about the invisible rays that make our tech go 'round... and what they're doing to our bodies, and as our lives become more wireless, the myths and rumors presumably expand into an ever denser unseen web. Perhaps the most unsettling thing about those "invisible killers" is that they are, indeed, invisible. But add another layer to the equation and you'll discover that those unseen signals are actually beautiful pieces of art (not that that'll make you feel better about what they may or may not be doing to your health). Newcastle University's Luis Hernan is giving us a peek into the concealed world of wireless signals with his project, Digital Ethereal. 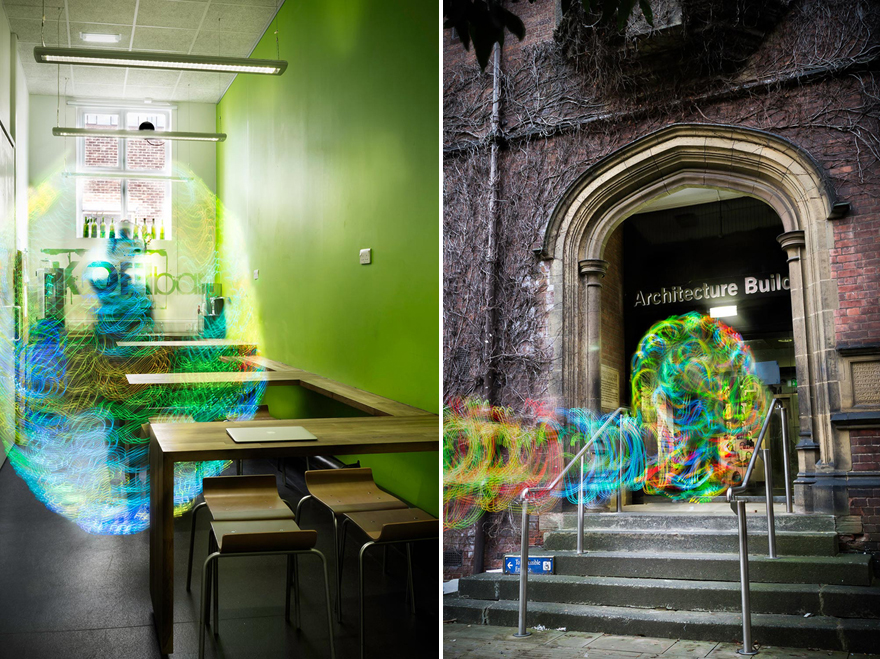 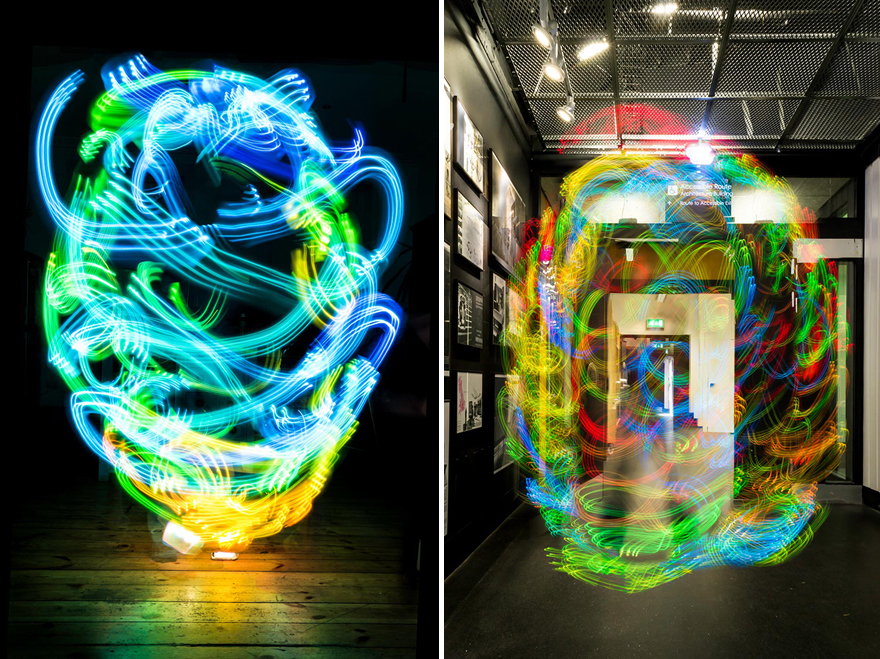 Using what's being described around the blogosphere as "a piece of equipment that translates the strength of the Wi-fi signal into colors" (blue being the strongest and red coming in as the weakest—like flames in a fire), Hernan captures time-lapsed shots of these waves at work. That description is about as vague as the ghost-hunting tools we see paranormal scientists toting around on the sci-fi channel—which actually makes sense considering Hernan compares the waves to ghosts, thanks to their invisible qualities.

Here's more on that gadget: It's actually a homemade tool called the Kirlian Device. According to Hernan, the "instrument is designed to reveal qualities of wireless networks. The device scans continuously for wireless networks, and transforms the signal strength to color LEDs." You can read up on the device here.

If you've ever seen Donnie Darko, you're probably having flashbacks of bunny-suited men and time-traveling chest trails right about now. This one scene in particular:

It might be easy to brush this off as some simple light painting—which it is. But turning this childhood light trick into a way to view the working waves around us is worth a few respectful nods. Either way, the results are stunning. Just like with those ghostbusting tools, I'd like to get my hands on that signal-revealing device. 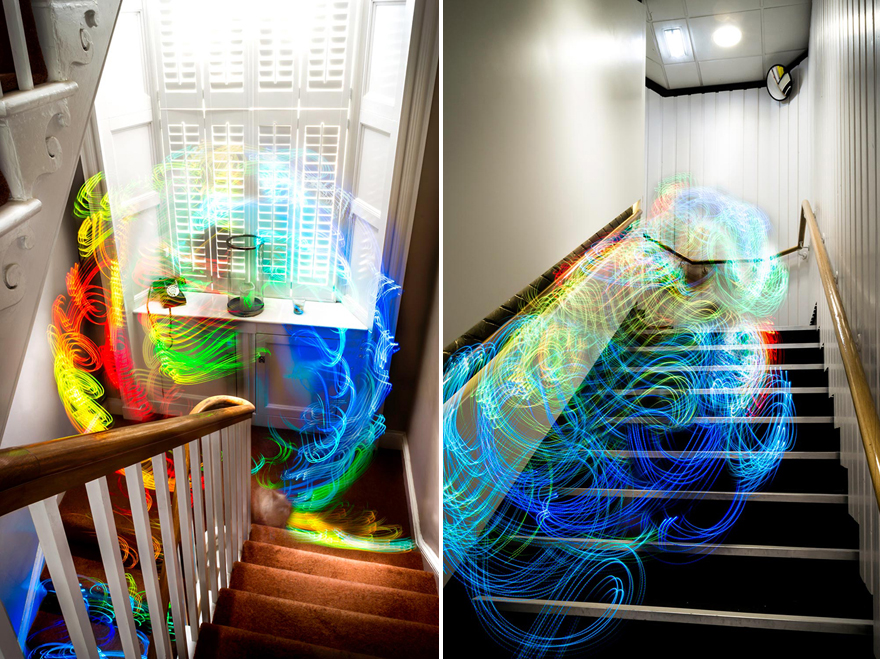 Hernan's project is much more than a photo album of Wifi activity. Digital Ethereal also consists of various installations, including a cellphone chandelier that shows the changing strength of Wifi signals as people interact with each other in the installation's immediate area. Check out a video to see how it works: