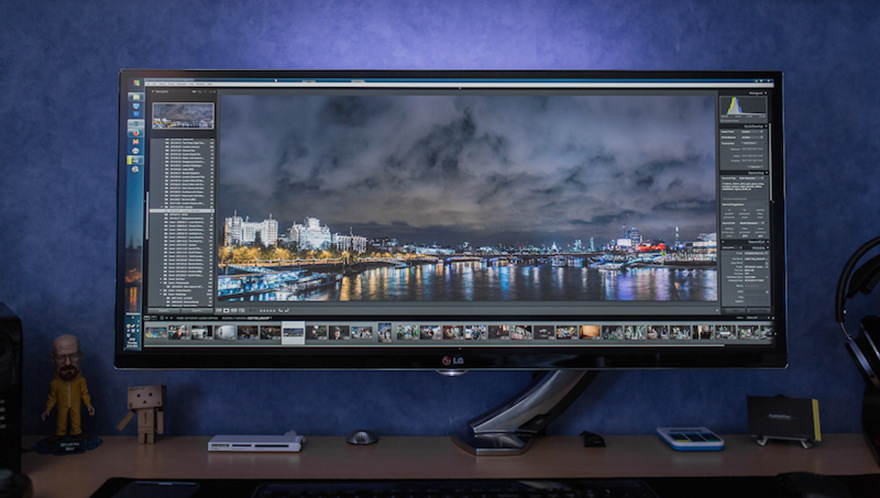 While I'd previously caught wind of LG's new 34" monitor, the company's hero shots showed little more than a rectangle covered in Photoshopped fake screens and devoid of local scale. But I just came across photographer Robbie Khan's write-up on his, and seeing it with actual work on it drives home how gi-normous this thing is.

Like many of us creatives Khan spends long stretches in front of a monitor, and the 34UM95's 21:9 aspect ration and 3440x1440 resolution would go to good use in his work editing panoramic photos. 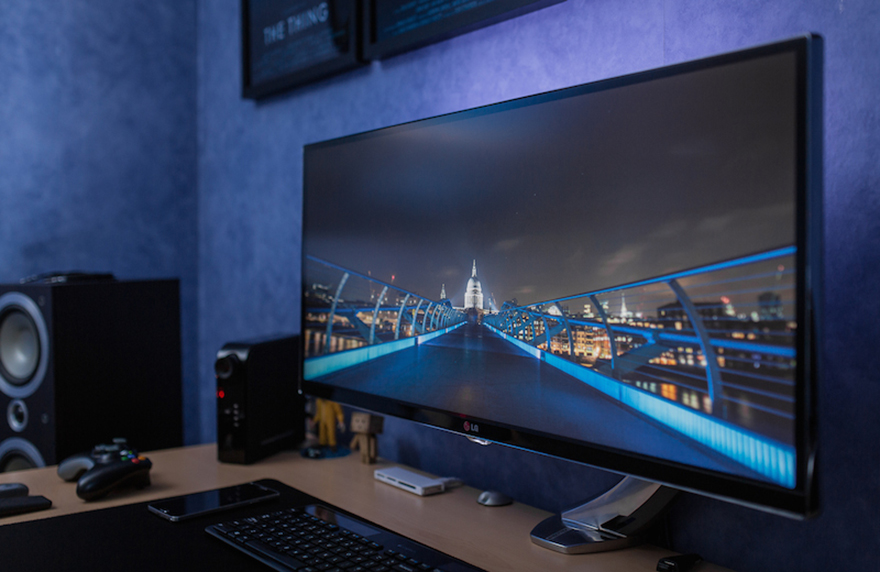 LG's product copy points out that they've included a "Screen Splitter" feature (both Windows and Mac compatible) that automatically tiles out four screens with a single click...

...but Khan doesn't mention it in his review, though he does show it broken into two- and three-window configurations as per his workflow. 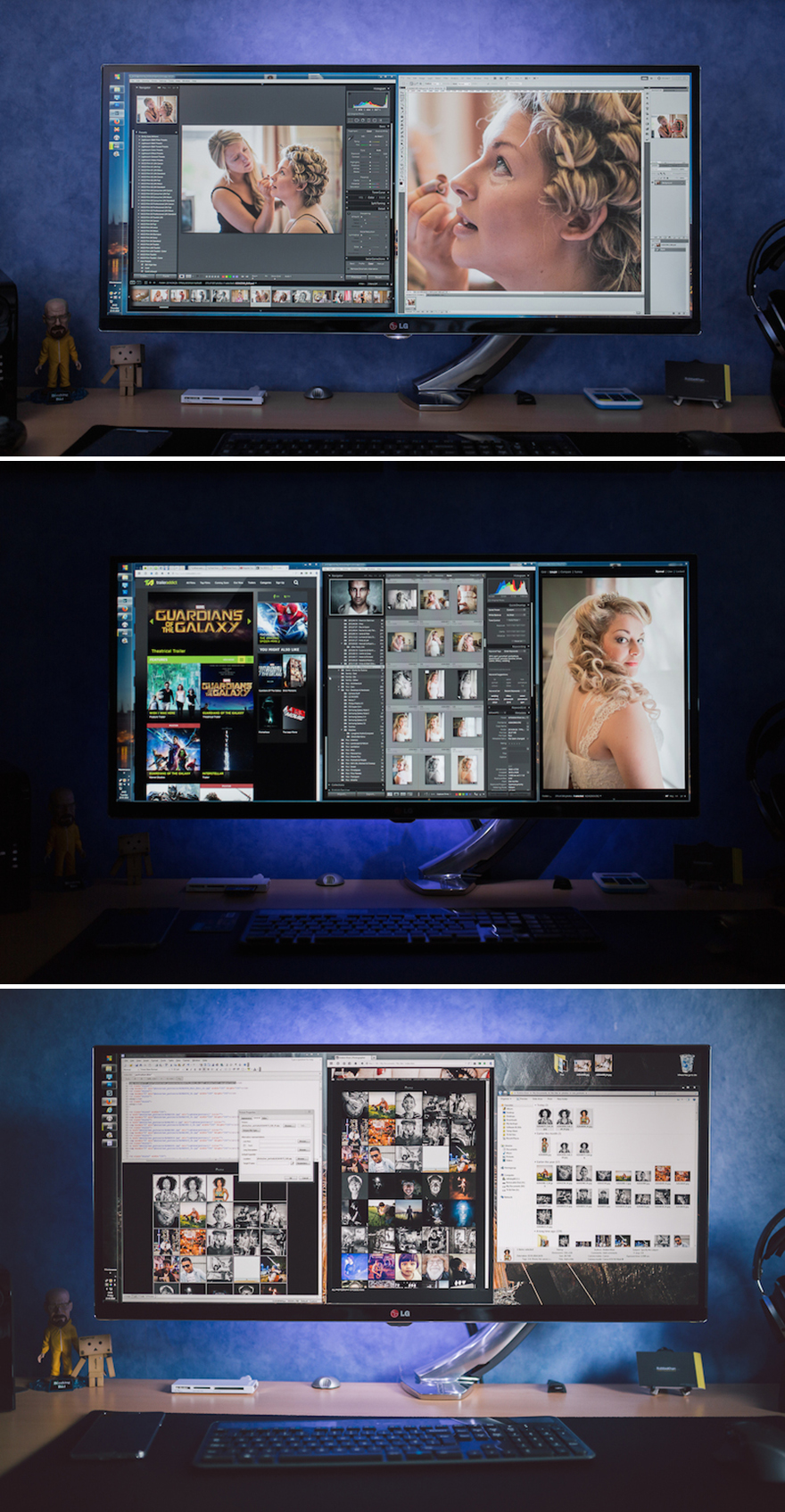 Being based in the UK, where the monitor was not available two months ago, early-adopter Khan imported his from Germany. Luckily for us Americans, the monitor's readily available here, and what I found shocking was the price: This thing rings in at just US $999, only fifty bucks more than Apple's 27" Thunderbolt display. (Longtime Core77 readers, have I mentioned that good ol' Hipstomp's birthday is coming up?)

Read Khan's full review (including why he opted for the 34UM95 over a 4k monitor) here.