Core77 Design Awards 2014: The Best DIY Designs of the Year 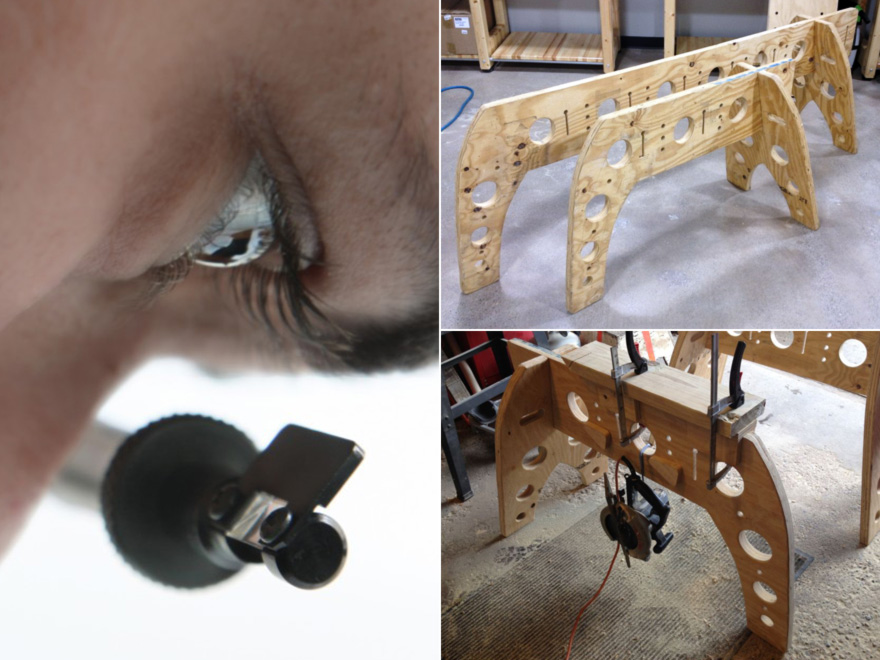 There's something singularly rewarding—magical, even— about sketching an idea, taking stock of materials on hand, crunching numbers on backs of envelopes, and then actually making it into a real thing... which is why we're always excited to see the projects in the DIY category of the Core77 Design Awards. And while many of the honorees seen here can be reproduced, with a bit of time and effort, by any maker out there, Awards duly recognize the folks who came up with them in the first place. Moreover, these projects are fun—which, as well all know, is as one of the most important aspects of DIY culture.

Led by Ayah Bdeir of littleBits, the jury team selected eight projects, which they felt best manifested the vitality and enthusiasm of the DIY community, for top honors this year. 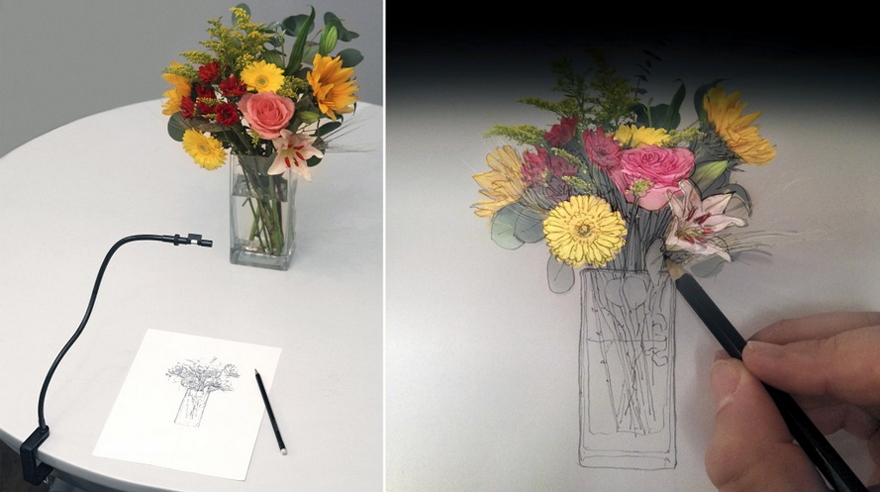 Inspired by the 19th century Camera Lucida, NeoLucida is a drawing aid that helps artists reproduce subjects by tracing a superimposed image from a prism. The jury was most impressed with Pablo Garcia and Golan Levin's ability to update a historic tool into a modern and functional device: "There is something beautiful about art that allows other people to make art. It takes an old technology that is obsolete, revitalizes it and makes it open and accessible to people everywhere to make for themselves." 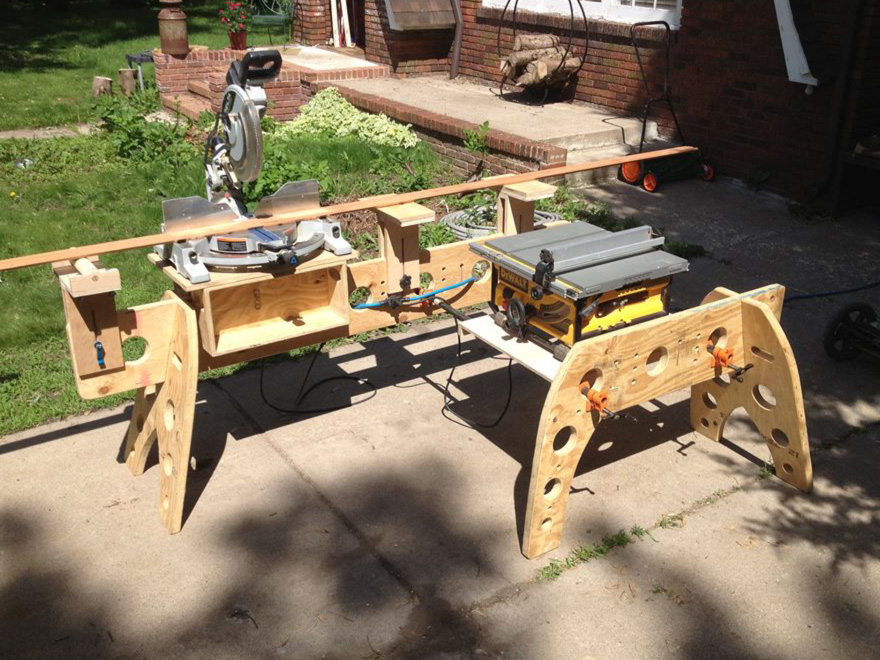 Runner Up: Tri-Horse, by Brian Campbell

On a search for stability, woodworker Brian Campbell designed a three-point sawhorse design fro Fine Homebuilding Magazine that faired much better than the quadruped designs out there. Tri-Horse is made completely from plywood and serves a myriad of purposes—from miter saw and table saw stands to a general catch-all station for your portable workspace. The jury appreciated the way the design encourages DIY spirit: "The Tri-Horse takes a very common tool whose flaws we have come to accept and re-engineers it in a simple but effective way. Like the Neolucida, we like tools that empower people to make their own DIY objects." 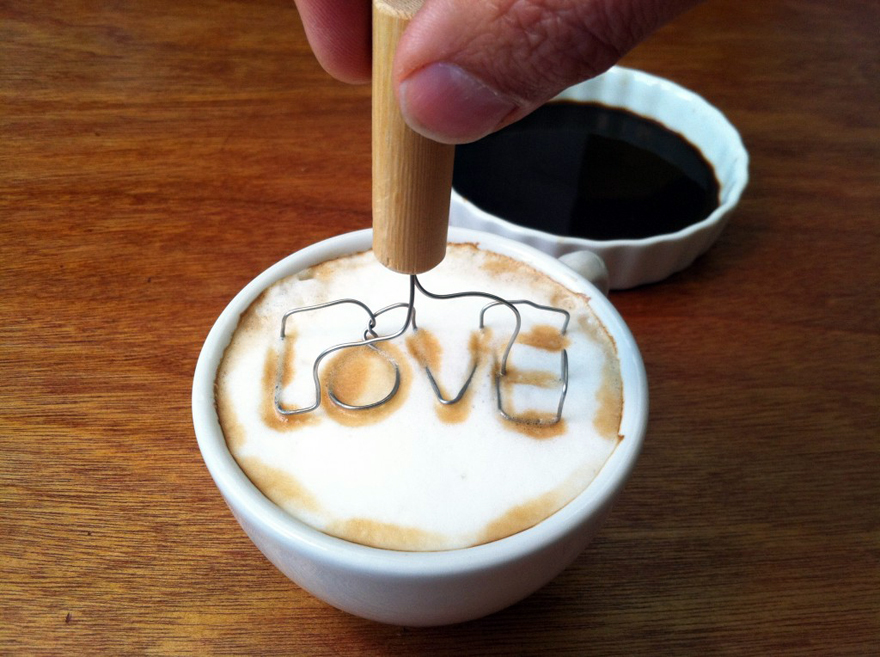 Magical things can emerge from the froth of a steaming latte—if you've got the steady hand and skills to put it there. The Cafe Latte Stamp lets everyone turn their foamy drinks into works of art without a whole lot of practice (or even a steady hand). It's simple enough that anyone can try their hand at making their own. "It's one of those inventions that makes you smile and go 'Why didn't I think of that!'" 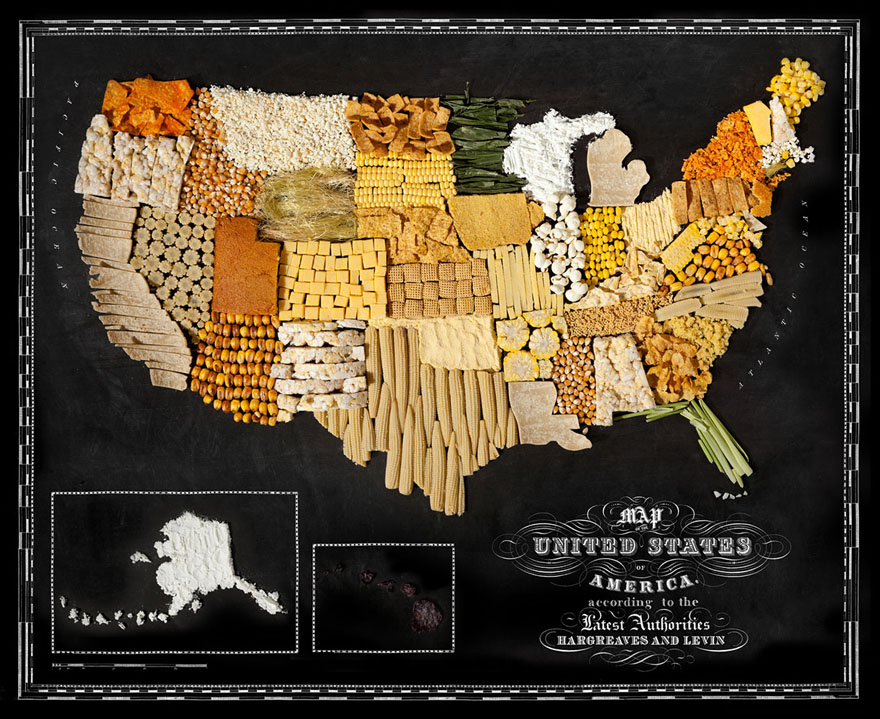 Henry Hargreaves and Caitlin Levin have visualized a new way for us to take in foreign destinations. These mouthwatering maps comprise iconic foods from various regions of the countries they depict. The jury ate it up, so to speak: "We liked how the designers shared the process of creating these maps. And they are beautiful." 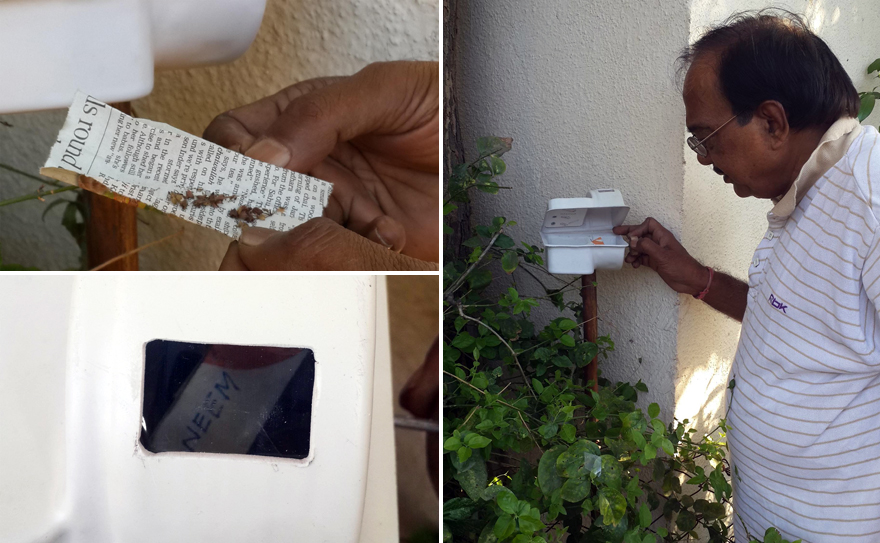 Reaping what you sow is one thing, but how do you get the seeds in the first place? Sukanya Pasi, a student at the National Institute of Design, offers a clever solution. "Share a Seed" consists of a container for seeds that are up for grabs to passersby—Take-a-Penny style—and information on the seedling. The jury enjoyed the communal sentiment behind the design: "We thought share a seed had a lovely story that invites communities to connect around their love of plants." 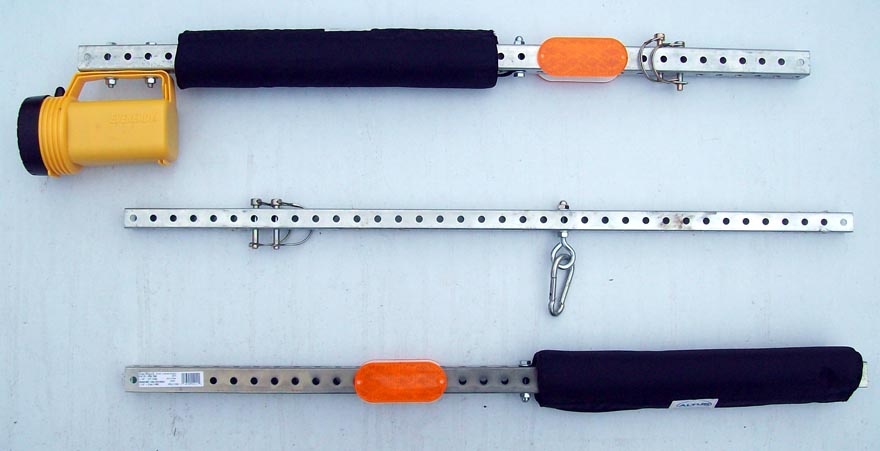 Don Arp , Jr. is making the pain of toting awkward loads a little more bearable with SherpaLift, a cargo transport device that can be broken down into three tube sections. Different items can be attached to the pole with everyday fasteners such as bungee cords, rope, cargo nets, etc. The jury was attracted to its wide appeal: "This is a perfect example of design for the other 99 percent, using found and commonly bought materials to solve an unsexy problem that a large portion of society might face." 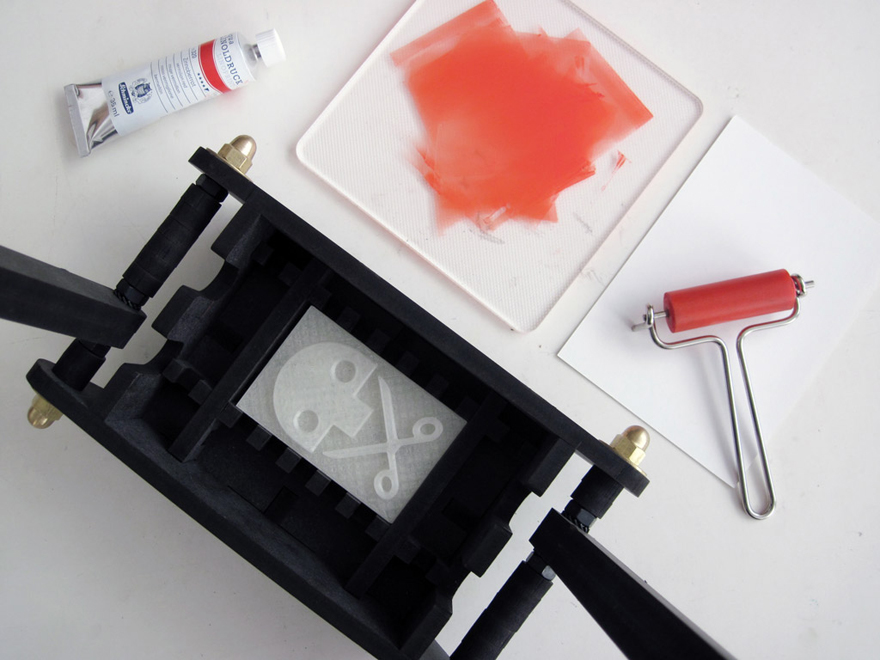 Marcello Privano and Patrizia Bolzan joined creative forces to present Tecnificio and Lino's Type with a design that not only encourages experimentation, but also makes what can be an expensive process available to anyone. Stampomatica takes analog letterpress and turns it into a desktop machine perfect for creating business cards, postcards, stationery and other paper goods. "There are a lot of stamping kits out there, but Stampomatica looks fun to make while creating professional looking results." 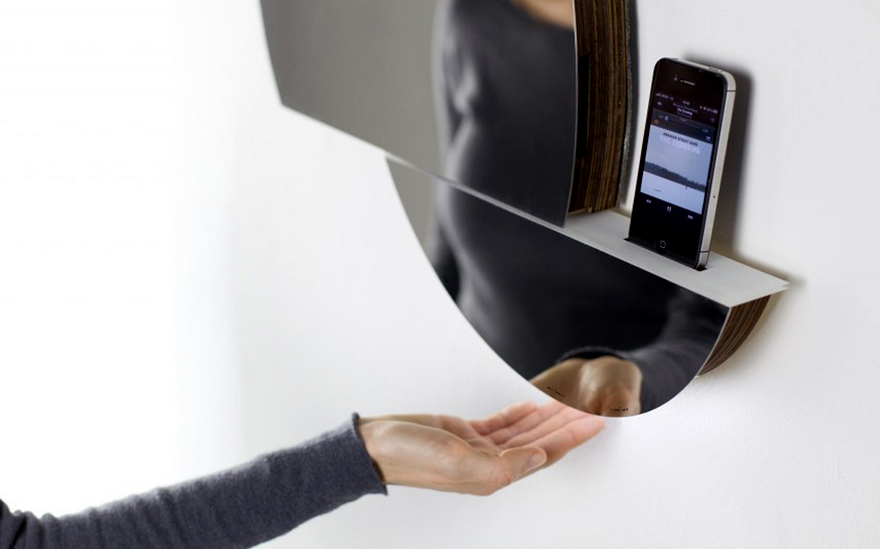 Digital Habits's egg-shaped mirror is much more than a place to check your profile. Open Mirror features a hidden docking system allows the user to charge their devices, as well as Bluetooth connectivity for you to sync up your music for hands-free listening. The tunes can be controlled through specific gestures that are recognized by the mirror's system. The jury saw fit to propose another idea: "Slick, well executed design. How about a v2 that takes selfies?!"

Core77 Design Awards 2014: The Best DIY Designs of the Year