Does No One Else Find This Ridiculous? 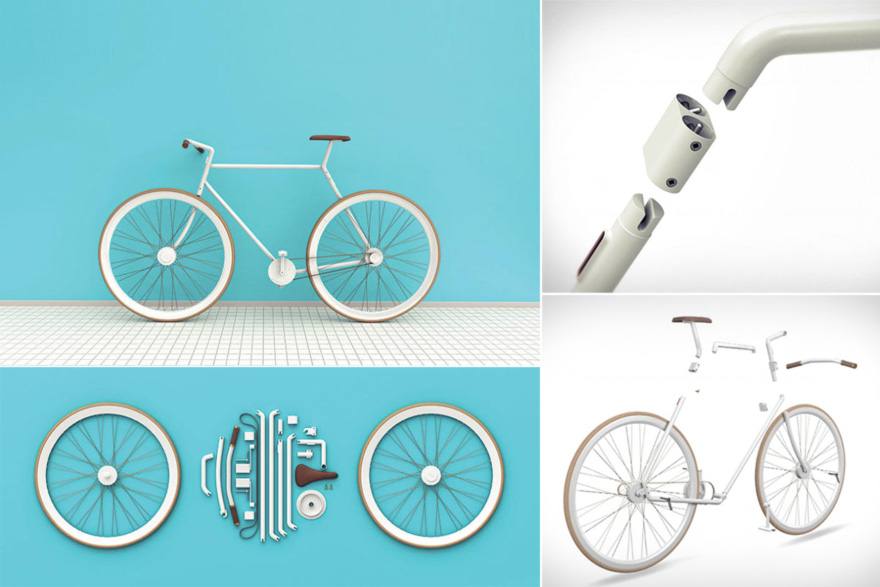 Bike Grouch Alert: So it's come to this.

That there is Lucid Design's "Kit Bike," which, like an IKEA shelving unit, can be assembled from and disassembled into 21 parts for ease of transport. I didn't mind Paolo de Giusti's asymmetrical concept bike and I can appreciate the over-the-top hipster chic of Van Hulsteijns, but this is exactly the kind of thing that the general public will eat up with nary a thought about whether it would actually work. After all, it turned up in a couple of reputable design blogs, one of which notes that:

The bike frame is made from hollow aluminum tubes that twist together and can be secured with a key. Since the frame attaches only on one side of the wheels, the bike can be assembled and disassembled while it leans against a wall. When it's not in use, the parts and wheels can each be stowed in sections in a custom-designed bag.

Sounds too good to be true, right? Well, that's because it is.

Don't get me wrong—I personally would love to have a bicycle that I could snap together like a tent (a well-designed one, of course), but then again, I don't know if I would trust the contraption to hold up on the road. I'm no engineer, but the very thought of applying torque to that rear wheel—note that the hub is connected only at a single, non-driveside dropout—makes me feel like I'm breaking something. Meanwhile, if the grossly oversimplified componentry and lack of brakes can be written off, the fact that the drivetrain is on the wrong side suggests that the Bangalore, India-based firm lacks a basic understanding of a bicycle in itself.Furthermore, this isn't the first time that I've (ahem) railed against a Red Dot Design Award-winner—the organization had previously recognized dubious Saddle Lock—and I have to wonder why, exactly, these entirely impractical concepts are at all noteworthy. Naturally, the Oregon Manifest comes to mind as a more realistic approach to reinventing the bicycle, and even the farfetched Fliz made it to the prototype stage. (Full disclosure, I did write up another case of style over substance, the nCycle, but even that had some merit.) 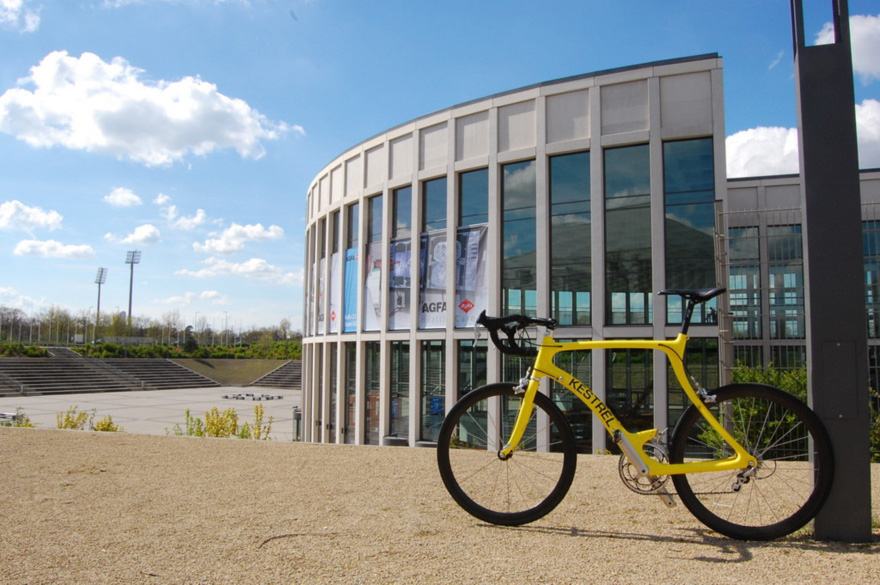 The selling point, of course, is not so much the aesthetics or styling but the fact that the Kit Bike can disassembled for storage and transportation. Well, it so happens that S&S couplers or a Ritchey Break-Away are readily available options for a travel bike with standard 700c wheels. It's also worth mentioning that Kestrel introduced the modern seat-tube-less design in 1992 or so, and respected framebuilders from Yamaguchi to Icarus—note the ancillary stays throughout—have experimented with variations on the theme (commenters are welcome to share other historic examples; Thonet need not apply).

It's one thing to sketch a concept or even to render it, but to suggest that the Kit Bike is feasible, much less practical, is a disservice to design. I'd go so far as to venture that the Google Self-Driving Car is more realistic, but I'll leave you with this:

Good in theory, perhaps, but absolutely absurd in practice.

See also: Student Concept Designs: Where Do You Draw the Suspensions of Disbelief Line?