U-Love It: The Weird Square Vier Lock by Tallac Design

Shaped like a burrito, feels like a blackjack, works like two Kryptonites stuck together? The Vierlock is a U-less u-lock, designed by Tallac to make big locks smaller. As protective bike-, trike- and moped-riders know, a big lock may be necessary to secure your ride but it can also be a big bummer in your bag. This right angle filled solution hit Kickstarter today, and it promises a few interesting features. Up first: It's collapsible in a responsible way.

Made of separate solid arms and not one but two locking bars, you get a lock that packs down to a more portable size with extra room internally when assembled. In addition to its smaller off-duty size, you can also replace the arms for longer or shorter ones, which is a pretty cool feature for those of us with dramatically different bikes in the stable. Even using the Sheldon Method the mini u-lock that fits my road bike is a bit of a pain with my fat-tired cruiser.

The multi-part design raised the eyebrows of the official and occasionally clumsy C77 bike department. However the design takes fumbling into consideration, allowing you to lock in one side entirely before closing the assembly with the second shackle.

Most "innovative" lock designs run the risk of poorly recreating the wheel or over-emphasizing a stylish design feature and overlooking basic functionality. The Vier's design seems to sidestep many of those pitfalls: the lock cylinders are pick and drill resistant, the metal all makes it to Rockwell Hardness of 61, weight is a competitive 3-ish pounds, and collapsed size is a manageable 8". The storage pouch makes for an easily packed or grabbed object, and it comes with straps for under-seat mounting and a key holder. 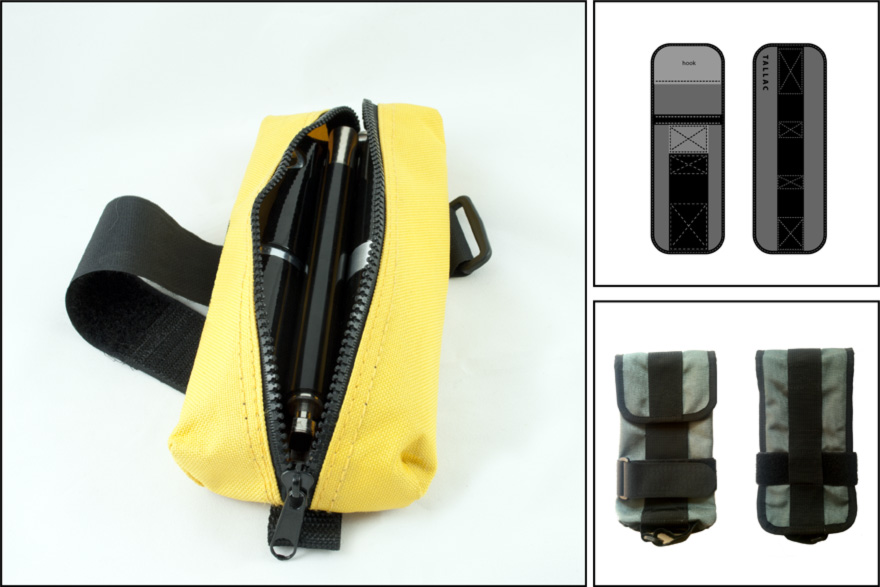 Designer Allen Young provided us with some insights on the project, which has taken the husband-wife team a lot of free time hours and a lot of cyclist's passion. I was particularly tickled by one of his recollections on their process: "We get out of our own way," for example, "we went to Interbike, had a super simple booth, no product to sell, just three locks...to get people to tell us what they think about the lock." Using the largest bike industry wheeling and dealing event as a feedback funnel? Smart move. 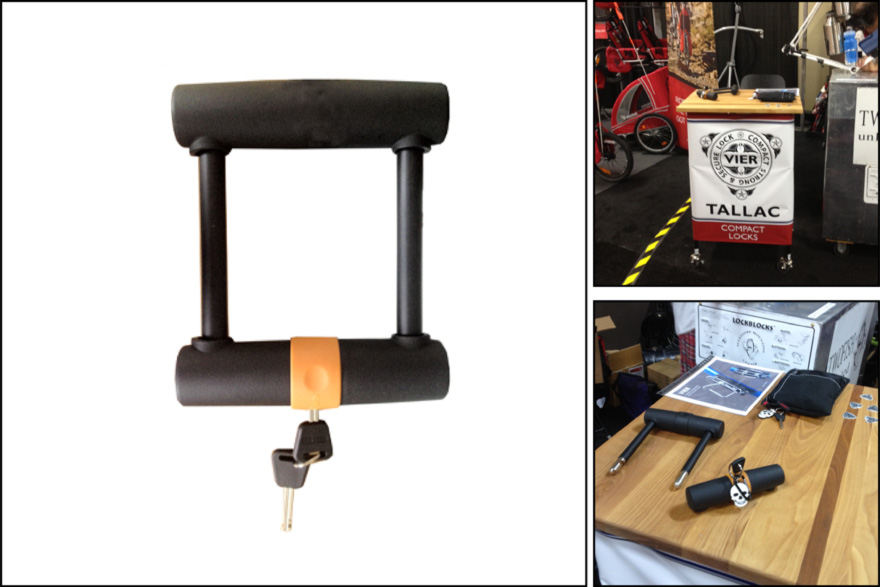 Look at that mini booth - so efficient

As bike riders themselves, the duo at Tallac wanted the same level of quality available in a well-made u-lock without the hassle of a large backpack lump or storing the lock on the bike itself. Rather than start from the ground up, they specifically worked with factories that were already in the business. As Allen succinctly put it: "Do not try to get a factory to make something they do not make." So after doing as much as they could in-house for greater efficiency and speed, they shopped the design to a lock producing manufacturer and asked them to make the toughest version they could. The final version is available for a super-reasonable $80 on Kickstarter.