In the Details: How Bec Brittain Created a "Concentrated Optical Illusion" with Her Newest Echo Pendant 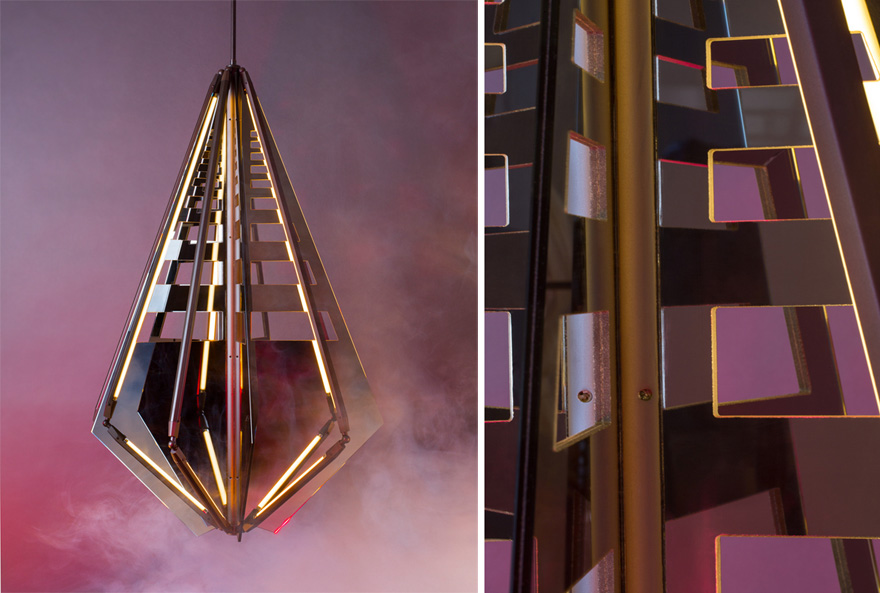 When it comes to lights that retail for tens of thousands of dollars, you better believe every detail is excruciatingly considered. That's certainly the case with Bec Brittain's line of high-end lighting, luxury pieces thoughtfully designed and painstakingly assembled in her studio in Bushwick, Brooklyn. A prime example: During New York Design Week last May, the designer launched her latest iteration of Echo—a series of pendants with a price tag of around $40K each—which uses fins of glass around a central axis to reflect and diffuse beams of light.

Started in 2013, the Echo series is an exploration of light directed inward, toward mirror and glass. Thus Echo 1 has five angled LED arms that shine light toward the center, where it is reflected by bronze mirrors. The next version, Echo 2, employs opal white glass panels to softly diffuse light, while Echo 3 uses gray mirrored panels to create a much stronger, brighter glow. This year's addition to the series, Echo 4, introduces custom-cut perforations to break up its mirrored panels.

The perforated mirror is a first for Brittain's lighting work, chosen for how it works with linear light. "The lines are segmented and thrown, to create an effect we had hoped for but could barely anticipate," explains the designer. "This is one of our most exciting new fixtures, as the visual impact is at a maximum. The perforated mirror panels work with each other in a way that makes the fixture undefinable; it becomes a concentrated optical illusion." 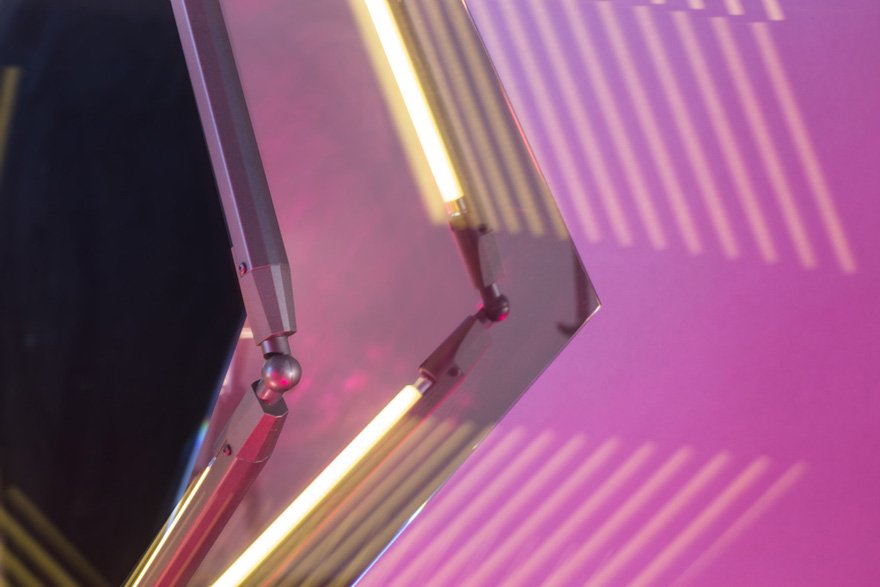 When approaching a new idea for lighting, Brittain always begins by sketching—allowing the fixture to take form in these sketches, before moving to physical models. "We look at proportions, feasibility, concept; we try to understand the project as best we can with these methods, and then bring it to a digital model to work out the details and individual parts," she says. For the Echo 4, that meant prototyping the fixture in foam core and mocking it up using hardware from her SHY light series. Some sample glass was cut. In other cases, Brittain's team has 3D-printed hardware prototypes." It's a really great way to see the pieces and test them," Brittain says. "We move between the computer and these prototypes, and then order a small run of machined parts before moving into production."When an order is placed for an Echo, Carlos, the studio's production manager, will pick out all the necessary parts. These parts have been custom-machined in upstate New York before being sent to Brittain's Bushwick studio to be inspected by the designer and her team. Next, Carlos will send the pieces to the finishers, where the raw brass is either patinated, custom plated, brushed or polished to the customer's specifications before being sent back to the studio. A custom order is placed for the glass, and for Echo 4 that requires additional steps to perforate the panels. 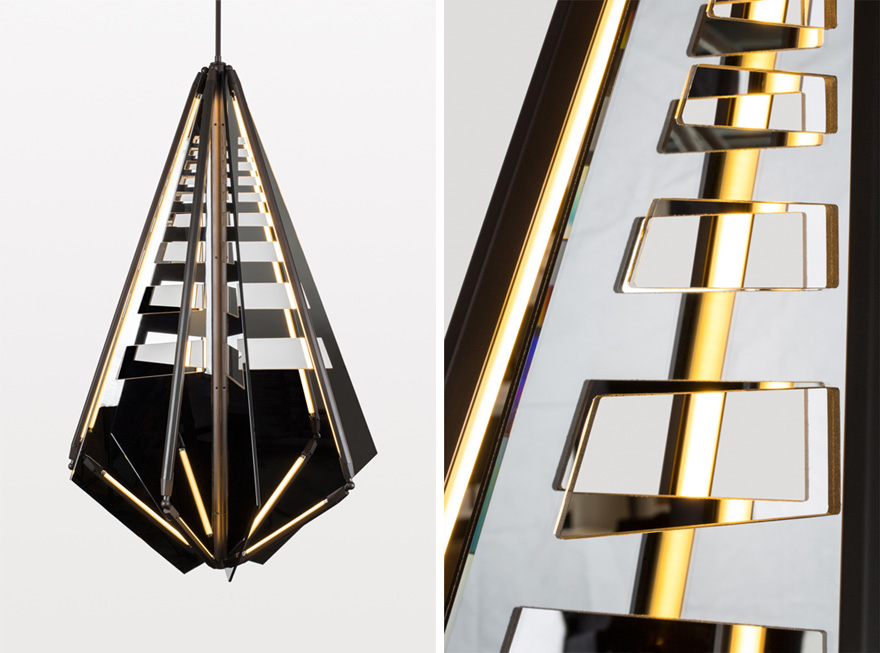 The perforated glass is cut via a water-jet process, where a high-pressure stream of water is driven over the panel in a pre-defined pattern. A computer-controlled-hub, similar to a CNC-milling machine or laser cutter, guides the water jet along the pattern to cut out pieces of glass. The finished panels are sent to Brittain's studio, where Jon, the builder, assembles the final fixture.

One of the biggest elements of the Echo series is the emphasis placed on the materials used, whereas many of Brittain's other pieces highlight their modular hardware. With Echo, the series is very similar in its underlying structure, but varies in the treatment of its panels. "One of our hardest challenges has been the process of bringing glass and brass together in the Echo," says Brittain. "It's not a piece looking to focus on hardware, so our challenge has been to simplify the connection visually. This is much easier said than done, and in the end, a goal reached with iteration."

In the Details: How Bec Brittain Created a "Concentrated Optical Illusion" with Her Newest Echo Pendant