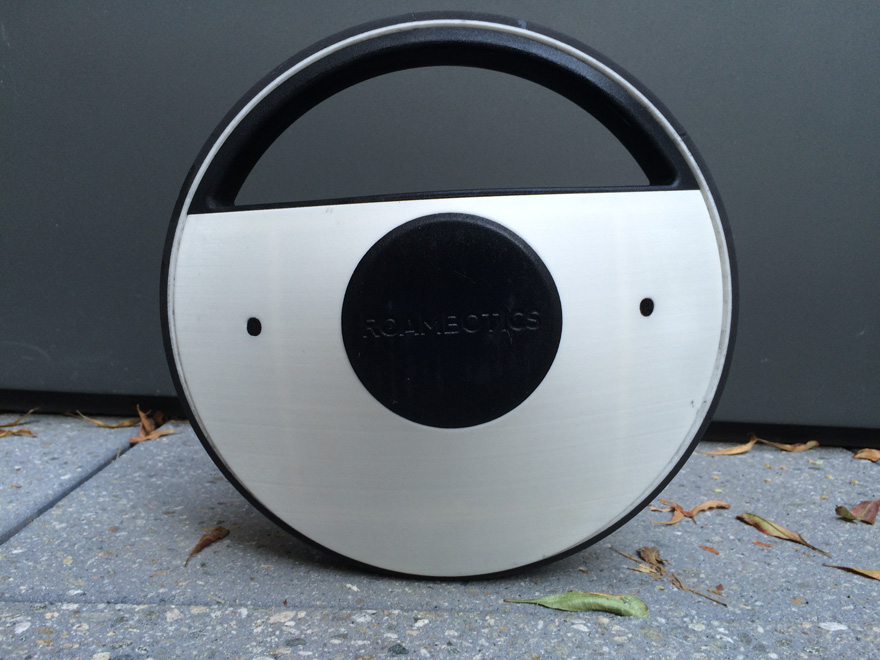 Further developments from the eerie future we're inhabiting: Roambotics wants a wheeling robot to patrol your home. Their first concept robot "Jr." is the winner of the Proto Labs Cool Idea! Award, and is a pretty good-looking object. Designed as an autonomous, self-leveling, wheel-shaped robot with video and audio monitoring abilities, it will identify intruders or changes within the home. Data is wirelessly streamed to the cloud and the Roambotics network, and will update the homeowner via an app or email. The software uses machine learning to better understand the environment over time, and they hope to integrate 3D mapping of spaces. According to their description on Crunchbase, "Jr. features a base station with inductive charging, multi-surface slip and cliff detection, self-stabilization, Bluetooth 4.0, 802.11 A-N, and a NVIDIA tegra 4 microcontroller." That's right, we're one (wheeled) step closer to Robocop.

While I'm the type of paranoid luddite to categorically distrust streaming video of the inside of my home to the cloud, I do find the Roambotics Jr. interesting for its form and purpose. It's unclear how the wheel-based design is intended to maneuver through, say, multi level homes, or how it does on carpet. But the handle-like shape and what Proto Labs founder Larry Lukis called the "friendly, non-threatening unicycle form factor" are fun. It is designed to turn off in the prone position, and turn on when upright, leaving some questions about its ability to stay upright in a house full of obstacles or ornery pets. That said, the approachability of the design goes a long way towards making this robotic patroller embraceable. Just don't give Jr. a laser gun. I've seen that movie and it doesn't end well.

While it's still in development, this teaser from earlier in their process shows... well, not much besides an adorable dog.

But what better to keep your dog safe than a wheeled guard robot?