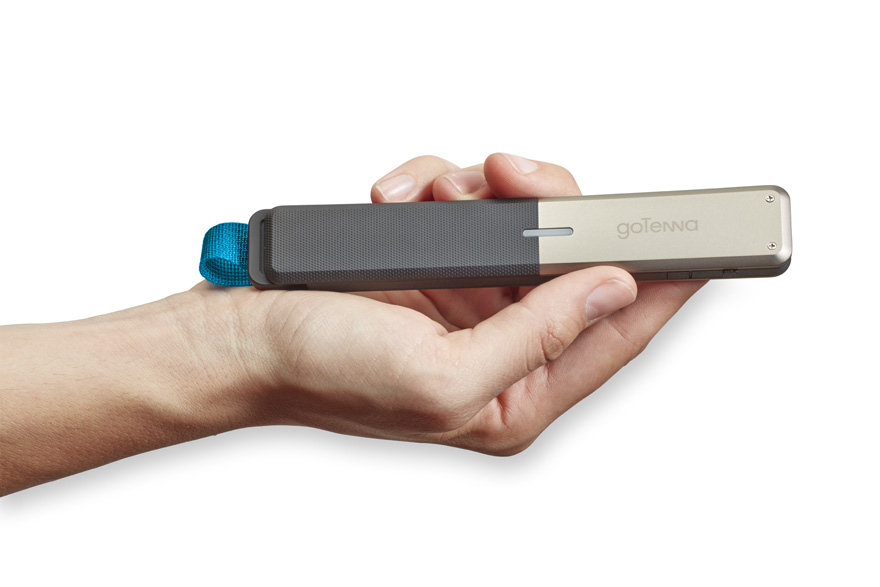 They say crisis breeds opportunity. This was certainly the case for Daniela and Jorge Perdomo: Sitting in the dark struggling to communicate with their friends and loved ones in the aftermath of Hurricane Sandy, the siblings were struck with an idea. "I realized it was crazy that we have these supercomputers on us that don't enable us to communicate in times when we need it most," Daniela says. That was the genesis of the idea for goTenna, which acts as a two-way radio for mobile phones, connecting you to others even when there is no cellular service.

With backgrounds in business development and systems architecture, Daniela and Jorge now serve as the CEO and CTO, respectively, of goTenna. In the early concept phase of the device, they first set about validating their idea and the technology before beginning work on a prototype. Their goal was to build a solution that enabled smartphone-to-smartphone communication without having to ever plug into central connectivity. Whether at a crowded concert where service is spotty or deep in the woods with no signal at all, goTenna would allow a user to transmit messages to others who have the device. The Perdomos sent their first goTenna message on a beach in the Dominican Republic.

It wasn't until a year later that the duo started thinking about design. In January 2014, the Perdomos approached Pensa to collaborate on the hardware and housing for the technology. Both based in Brooklyn, goTenna decided to work with Pensa after going through a dozen iterations and came together to arrive at their final design. "Our original prototypes were big, clunky devices that plugged into the audio jack of your phone," Daniela says. "Now we've got a sleek, small, rugged device that wirelessly pairs with your smartphone and will work for a huge variety of users." 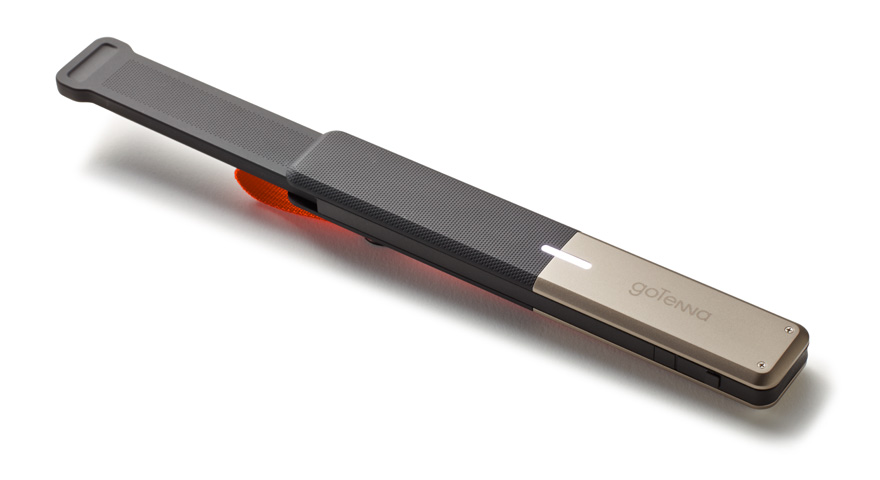 Balancing that sleekness with ruggedness was one of the biggest challenges for Pensa and the goTenna team. "We didn't want people to have a giant external device that they have to carry around with them at all times, and we also wanted to make sure that it could withstand the elements," Daniela says. They chose rugged materials like aluminum and PC-ABS, made to be water-resistant and dust-tight. A nylon strap was added to make it easy to attach the device onto other gear.At 5.8 inches long and 2 ounces in weight, goTenna is the equivalent of an extra long keychain, ideal for slipping into a pocket or sticking to a backpack. Although the length of the antenna directly correlates to its range, the team had to make some tough decisions about what was a practical, portable length for consumers. "We are literally operating at the limits of science with our device—making a relatively tiny device that can theoretically give you up to 50 miles of range in ideal conditions, and reliably many miles of range in most real-life scenarios," Daniela says.

For the aesthetics, Pensa and the Perdomos drew inspiration from other high-end outdoor products. "The matte titanium color of our device came from a really lovely Japanese camping mug; the strap's nylon fabric from backpacks; the exposed bolts from a variety of products such as Swiss Army knives and carabiners that showcase their ruggedness via their construction elements," Daniela says. 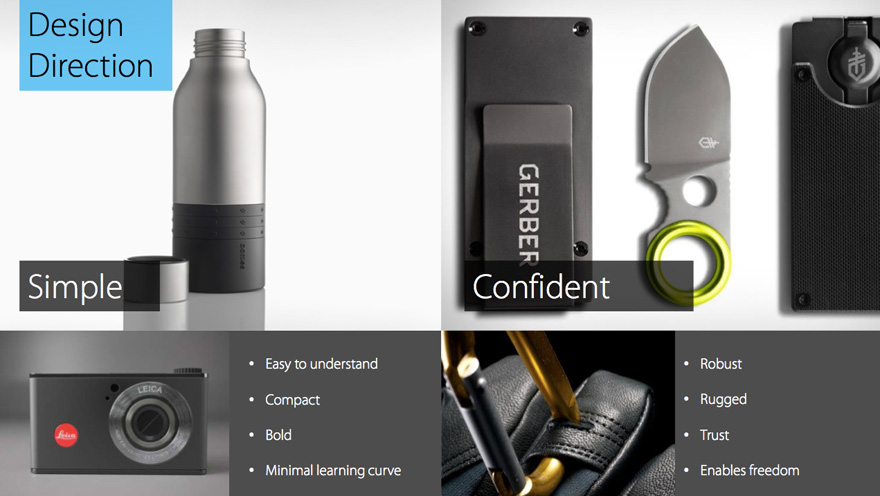 The design team drew inspiration from other high-end outdoor products.

But how does the device actually work? GoTenna operates as an RF transceiver, pairing with a smartphone via Bluetooth-LE to send and receive messages over long-range radio waves (151–154 MHz). Interfacing through the goTenna app on his or her smartphone, a user can send text messages or share geo-location with others who have the device, who then receive it in their own apps. These types of messages are low-bandwith, meaning that they are delay-tolerant (unlike a voice call), allowing some flexibility between seconds and milliseconds for transmission. Messages are encrypted using public-private key ciphering (RSA 1024), and since there is no central server storing these messages, once they're deleted they leave no trace.

In addition to those "self-destructing messages," goTenna promises no subscription fees . . . ever. "My worst nightmare would be to have a customer that desperately needs help but can't use their goTenna because they didn't upgrade to some premium service," Daniela says. "Implicit in our value proposition is the idea that goTenna allows you to create a network and communicate on your own terms." 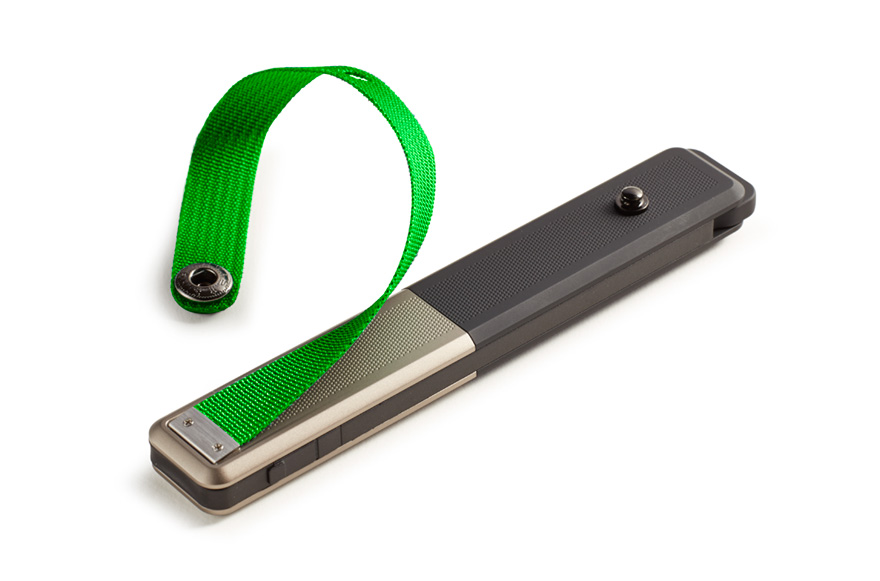 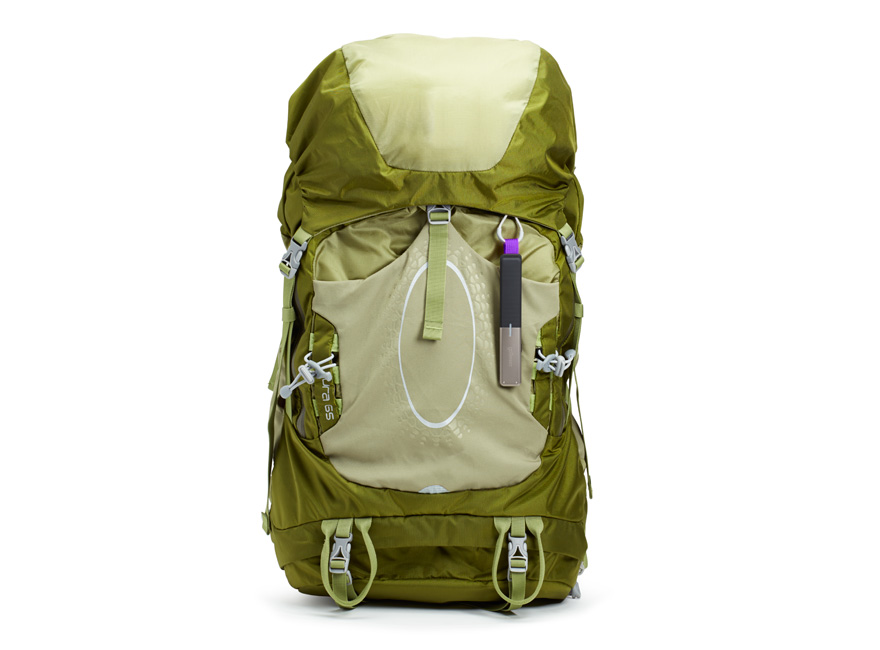 Inside the goTenna's lightweight body are hardware components like a two-watt radio, a Bluetooth-LE chip, a rechargeable lithium-ion battery, an antenna, a power amplifier and a micro-USB port for charging. The battery lasts up to 30 hours if in constant use, 72 hours if intermittent.

When it came to manufacturing, the Perdomos knew that they wanted a location nearby that they could visit and where language wouldn't be an issue. They hired a supply-chain consulting firm and ultimately chose a manufacturer in Mexico that they could communicate with in Spanish.

GoTenna is currently available for preorder online at $149.99 for two devices—a good pairing, considering you can only communicate with others who have the device on them. Meanwhile, the Perdomos are thinking about what's next. "We're really excited to see the positive reaction to our first device, and we're definitely brainstorming on future iterations and even accessories," Daniela says. "We've solved the hardest problem, but there are definitely areas that we can expand on in the future. We're just staying focused on bringing this first product to market first."