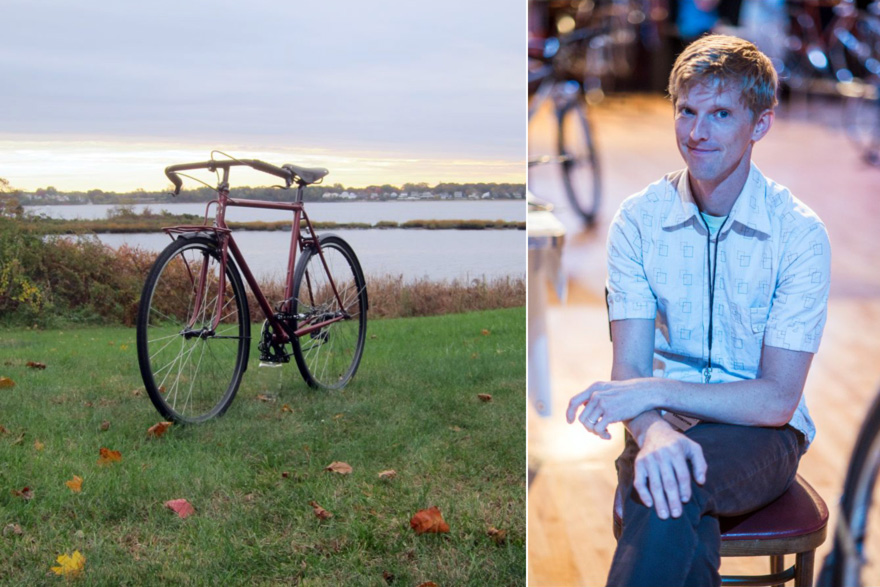 Once again, Core77 is pleased to be the media partner for the Bike Cult Show, which will once again bring the very best custom framebuilders in the Northeast region to New York City this month. Set to take place next weekend, August 16–17, at the Knockdown Center in Queens, the second annual Bike Cult Show promises be bigger and better than before. Previously, we heard from Bryan Hollingsworth of Royal H Cycles; here, we have another Brian, the owner and operator of Chapman Cycles.

My fondest bike-related memories are when I started to learn foot jam endos in front of our house in Attleboro with my older brother. That was 30 years ago. I still ride flatland BMX today as it is a way for me to meditate and clear my mind. It is also amazing what it can do for your core muscles! That really doesn't have a lot to do with framebuilding except that I love bikes. A lot of people love bikes though.

I currently live and work in Rhode Island, about 35 miles from where I was born in New Bedford, MA. I have a degree in Mechanical Engineering and only utilize a small portion of that. The framebuilding and painting techniques that I learned in my two years of apprenticing were much more important to this craft. Ten years of wrenching at shops helped a lot, too, in regards to fitting and assembly.

I started apprenticing at Circle A Cycles in 2004 and built my first bike in 2005 for my girlfriend at the time. It's still together even though we aren't! I learned a lot at Circle A. The first 100 bikes I built were just me ironing out the process to one I felt comfortable with. I have to note here that the structure of the Circle A shop was such that the builder (Chris, or myself, or, way back when, Emily) did the process from fit to assembly (it's a unique skill set). Nothing was handed over to someone else. So three control freaks could happily work side by side and just being in the same shop, the styles would blend. We'd also be bouncing ideas off of each other or sharing discoveries with tools or paint techniques. 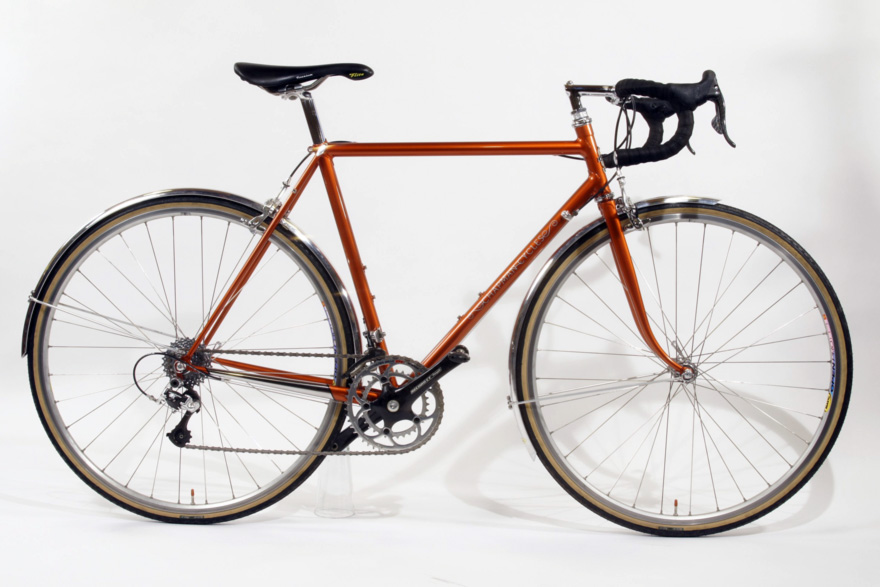 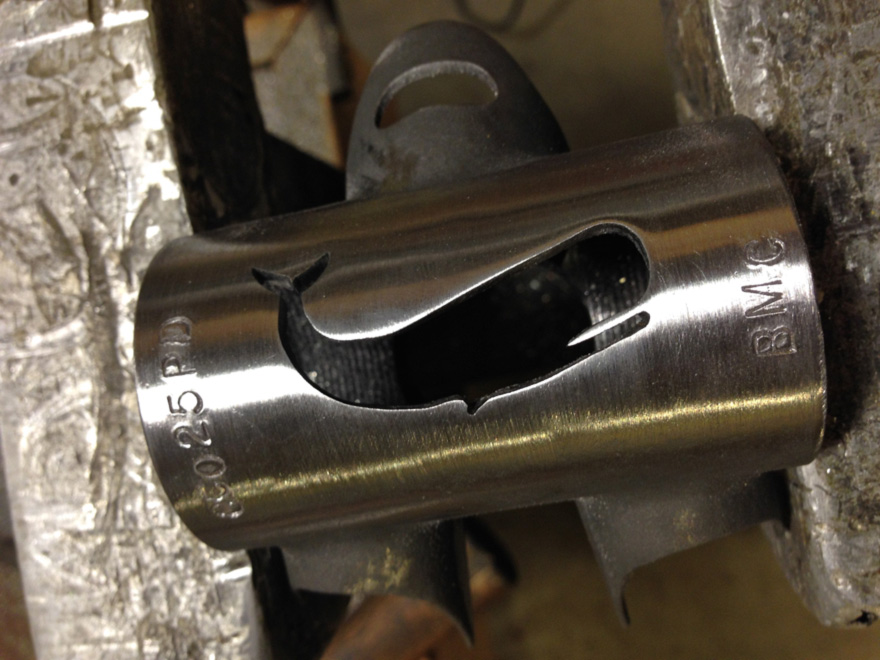 I was there for about nine years—it was a fun time and I miss it sometimes. In 2011, I started building under my own name as an outlet because I wanted to take my building to a new level that was different from what we were making at Circle A. And that's how Chapman Cycles started. Circle A taught me how to survive as a framebuilder. The eight secrets to making a living as a custom framebuilder (you ready?): Paint your own bikes, live at your shop, eat ramen with peanut butter, learn to lay a perfect fillet, be nice, ride often, cut up your credit cards, meet delivery dates. That's about all there is to it... sort of.Every one of my customers has been personable and friendly to deal with. I'm not lying here! Some are more demanding than others but I find that to be a fun challenge. I like to think that I'm a nice guy and I treat my customers with all the respect that I would want if I was spending my hard-earned money on a custom bicycle. I'm very lucky to get to work with nice people. I think it has a bit to do with who I am but also my pricing. I'm at a level where I'm not too expensive where I get fabulously well-to-do people who just want a status symbol and I'm not getting the bargain hunters just looking for a cheap bike.

There was a bike shop in Providence called the Hub that had a T-shirt that said "It's fun sometimes" on it. I think that's also an appropriate motto for framebuilding. There are times when it's totally unfun. Worrying about paint or dust inhalation is always a bummer. It might be romanticized by outsiders but once your in it, the romance is few and far between. Some may compare that to marriage but not me. I love you Hilary! 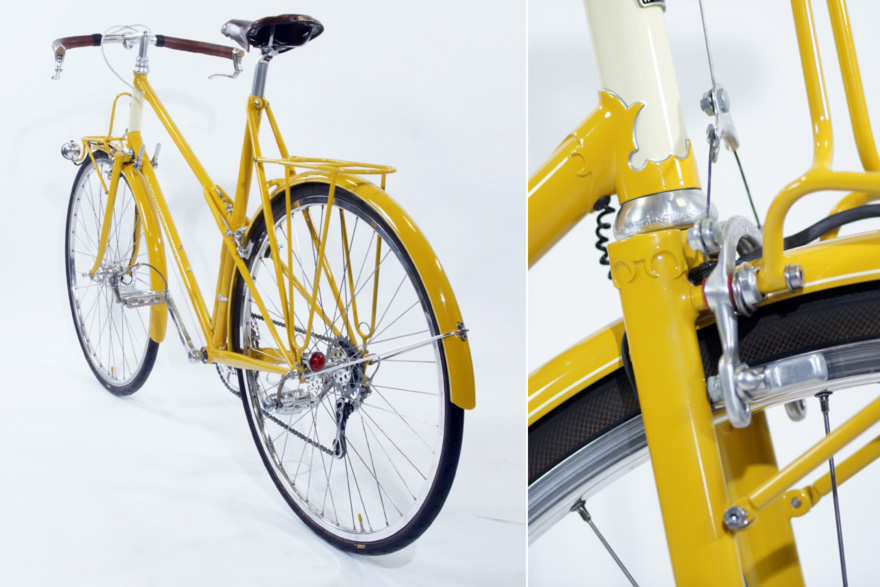 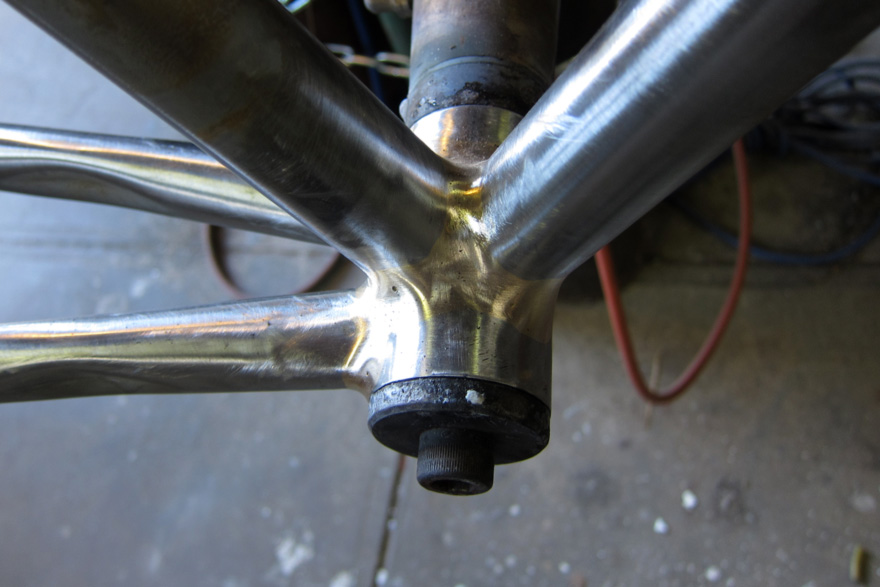 I find inspiration for making stuff everywhere but my favorite places are at the flea market and old hardware stores. There's a hardware store in Rolfe Square here in Cranston that has been around for 85 years called Durfee Hardware. It's one of those stores that has every single piece of hardware you'd ever need. I like to walk the aisles of that place and think of how I can use the bits and pieces on bikes. In fact, the first person who can identify the common hardware store bits on my two bikes at the Bike Cult Show will receive a Chapman Cycles t-shirt! (Hint: they are not nuts and bolts.)

I try to challenge myself a little bit with every build. There is a lot consistency among the bikes I make but I'm always doing small experiments, things that are new to me. Whether it's a small machining process or unique cable routing, it's the little things that keep it new and fun. We can revisit the marriage analogy here.

I used to be very competitive in flatland BMX, road racing, and cyclocross, but those days are far behind me. When I was working at Circle A, my commute converted me into an urban bicycle lover. I consider myself a builder of utilitarian bikes; City bikes and touring bikes primarily. I will obviously build other styles of bikes but I know where my heart is. To me, the bicycle is a tool that gets someone from one point to another. It is no longer about getting there fast, the emphasis is now leaning towards comfort. I am also a firm believer in plain clothes riding. Not entirely anti-lycra but it has to be a long ride before I'm in a full kit. I really just want more people on bikes, custom or not. Looking like an alien with flashy colors racing down the street just contributes to the 'us vs. them' / 'car vs. bike' mentality on the streets. From personal experience, I find that I get more respect from drivers if I follow the rules of the road and am wearing jeans and a T-shirt.

It feels like a fake job sometimes. I suppose we should all be doing something we love but when it finally happens, it feels wrong. It feel like I'm cheating the system. I had to make a lot of sacrifices to get here though. That's what life is about though, right? 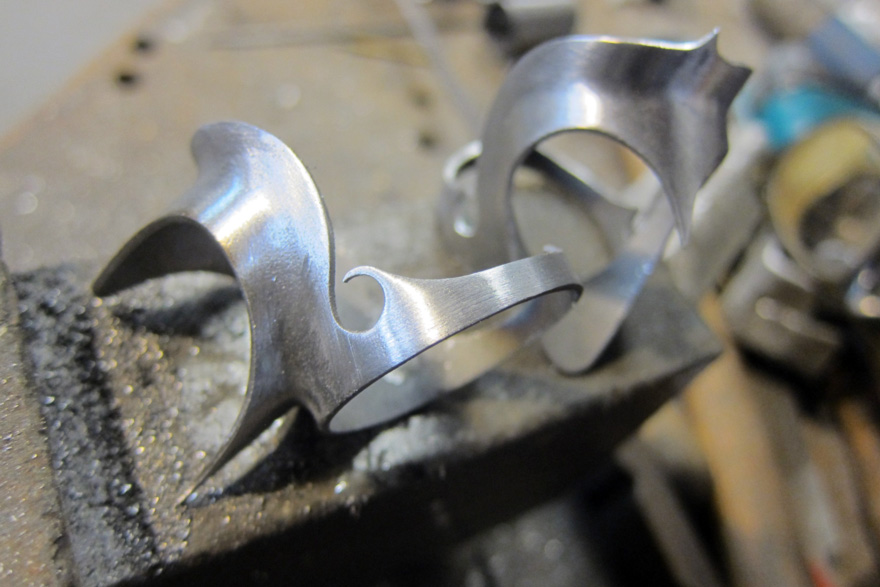 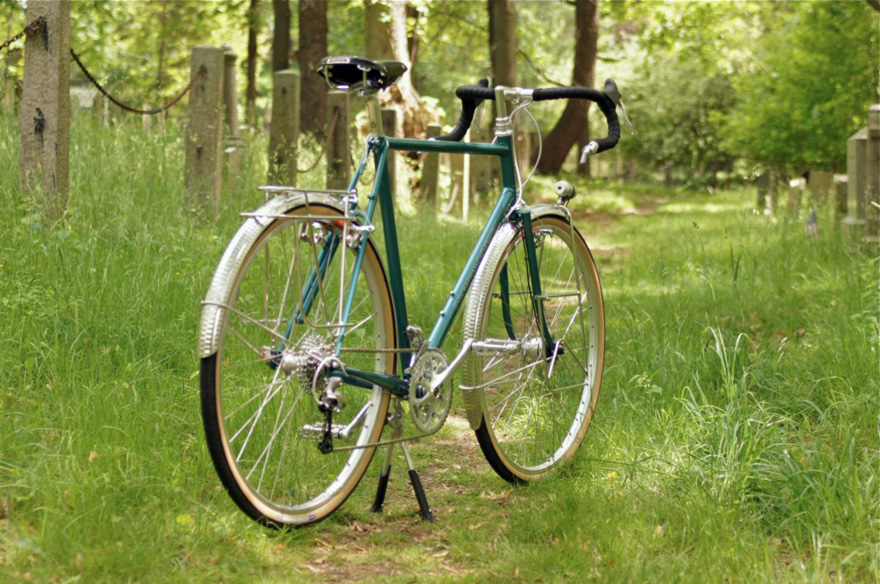 Check out the Chapman Cycles booth at the Bike Cult Show, August 16–17 at the Knockdown Center in Queens!