...And Then There's the MotoArt Way to Recycle Airplanes 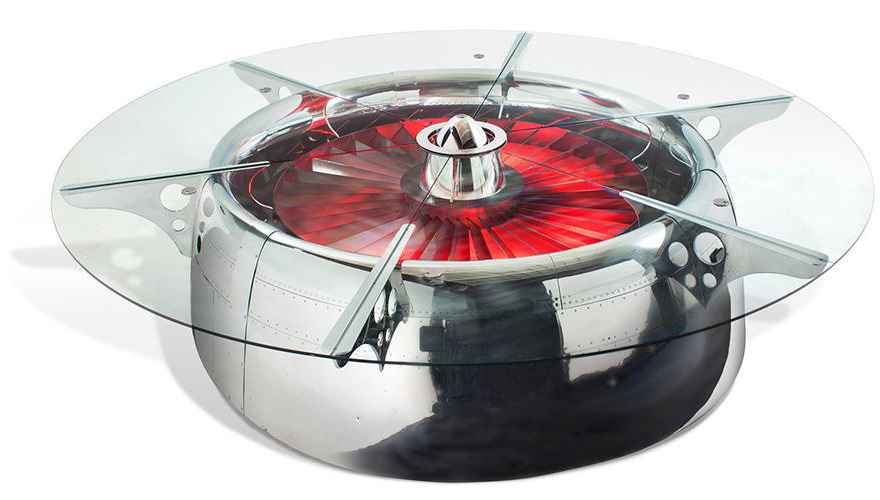 Boeing may have transformed their derailed 737s into scrap-metal cubes, but if that accident had happened closer to California, perhaps the outcome might have been different. We last looked in on MotoArt, the El-Segundo-based company that turns old airplanes into furniture, way back in '09; since then the company's success has been explosive, if their greatly-expanded product line, six-language website and multiple showrooms both in the 'States and overseas is any indication.

While they still crank out the reception desks and couches that initially caught our eye, a recent check-in reveals a lineup well beyond what they were doing five years ago. Check out this sink made from the front landing gear door off of a Boeing KC-97 Stratotanker: 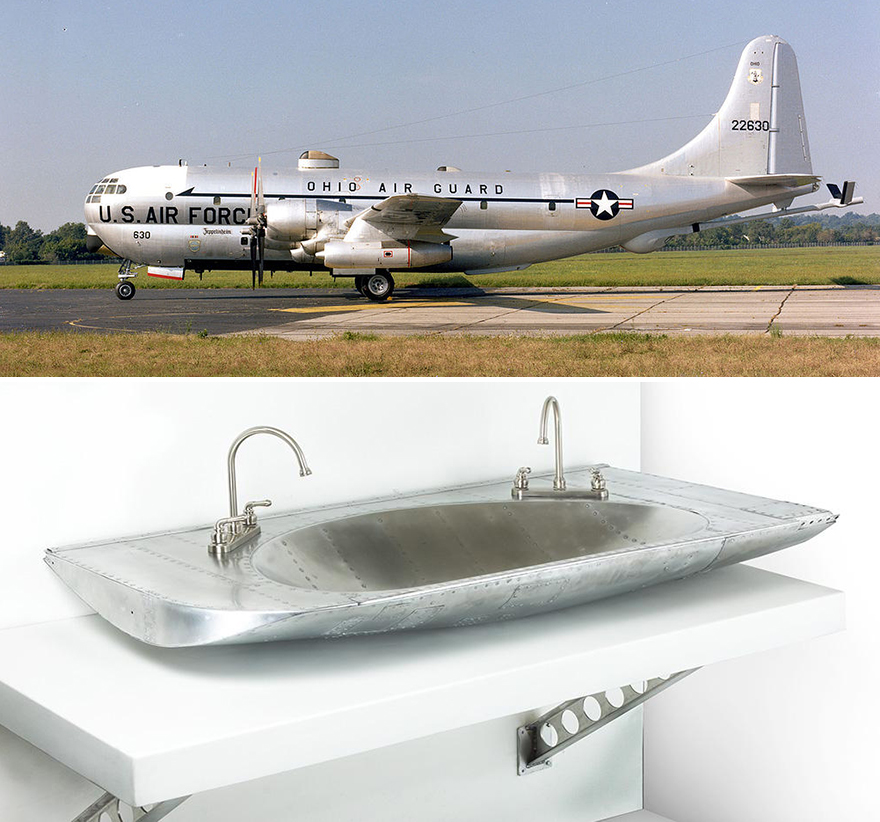 For your friends that always bail out of the bar early, here's an ejector seat barstool pulled out of an F-4 Phantom: 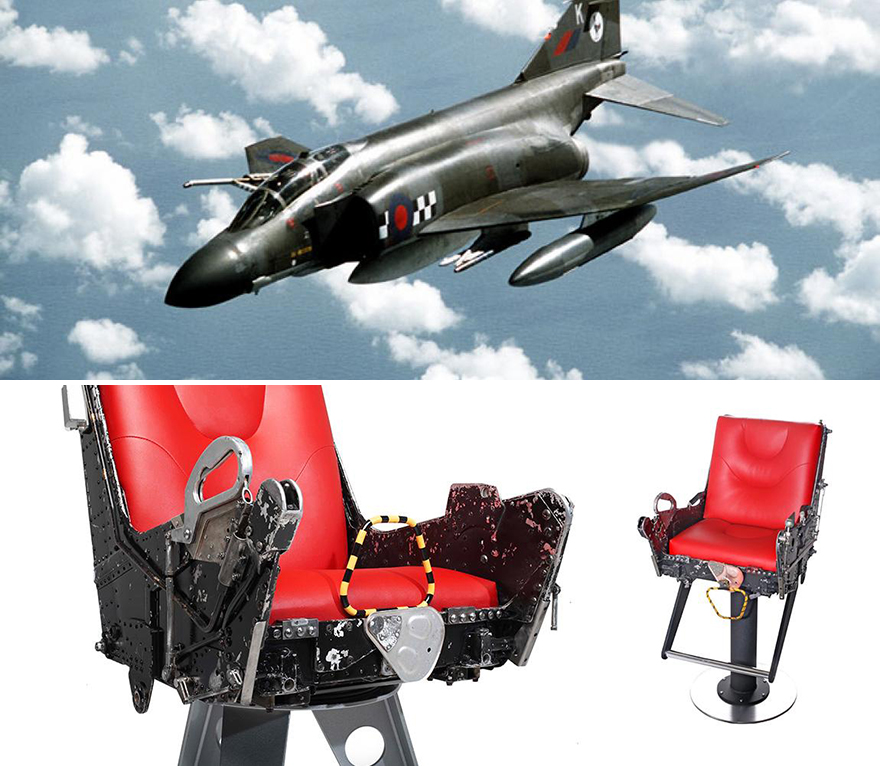 Two halves of an engine nacelle salvaged from a 747 make a bed more comfortable than anything you'll find in first class: 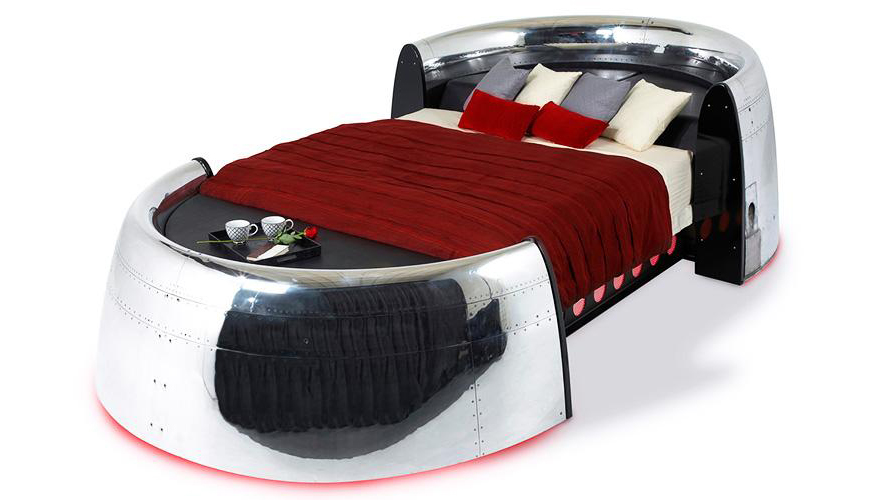 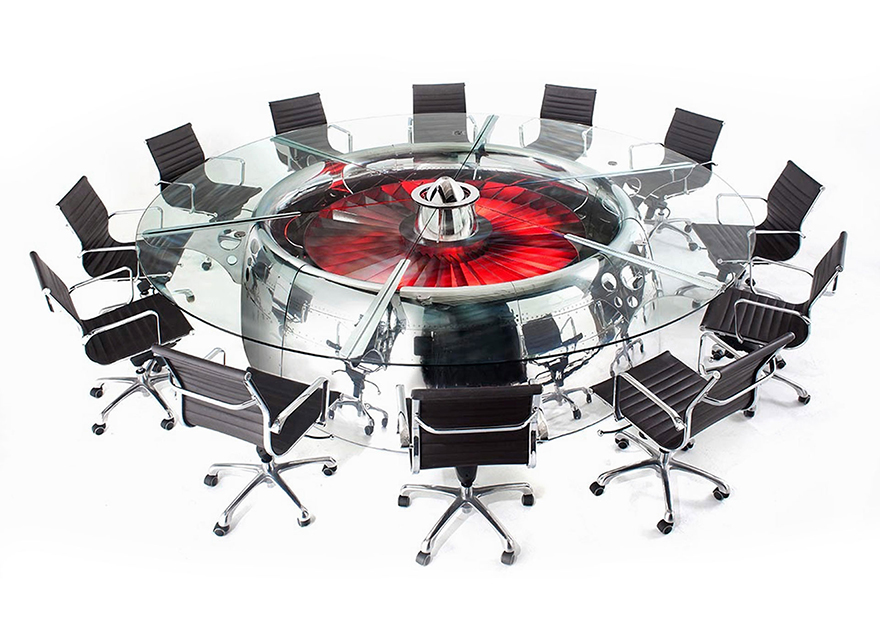 Check out the rest of their crazy lineup here.

...And Then There's the MotoArt Way to Recycle Airplanes