2014 Core77 Design Awards Winner Spotlight: Hyperform Breaks Out of the Build Platform to Expand the Horizon for Desktop 3D Printing 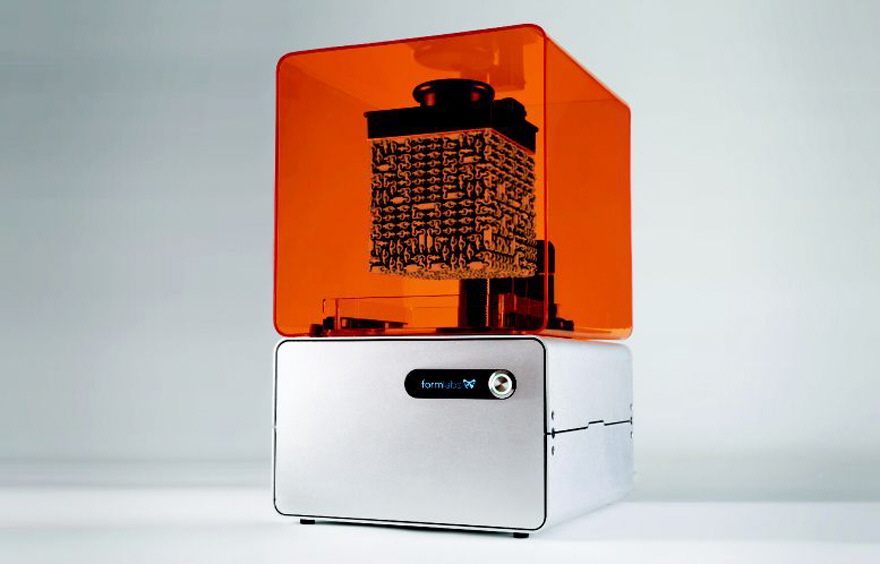 The 3D printing revolution has been a long time coming—but, to borrow William Gibson's famous quote, it's just not very evenly distributed. Or rather, it's limited to the constraint of a relatively small build platform, at least when it comes to affordable consumer- and prosumer-level machines. "At one extreme, software tools are empowering individuals to envision, create and share their own designs; while at another, low-cost digital fabrication machines are allowing these one-of-a-kind creations to be built and consumed from the comfort of our homes," says designer Marcelo Coelho. "However, while 3D printers are becoming increasingly accessible and capable of rivaling the quality of professional equipment, they are still inherently limited by a small print volume, placing severe constraints on the type and scale of objects we can create." 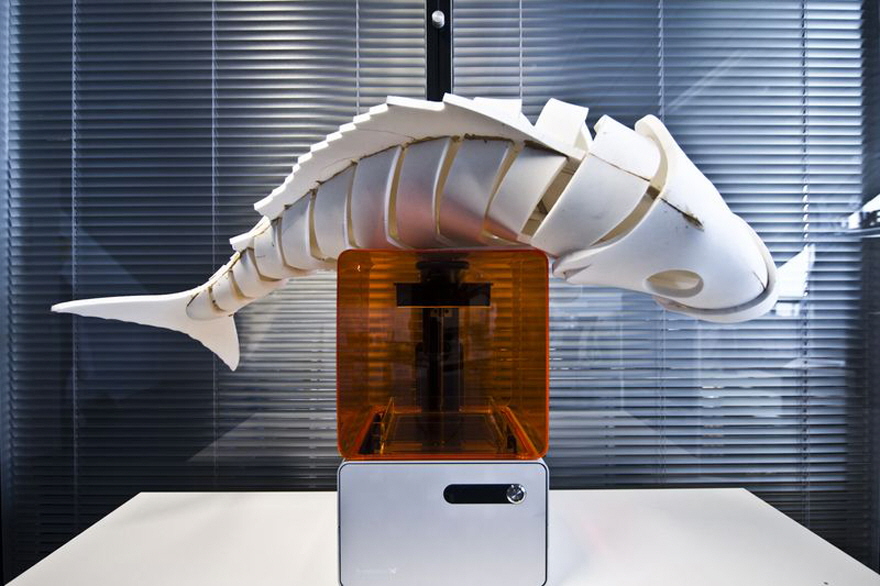 Working with fellow designer and technologist Skylar Tibbits, Coelho developed Hyperform, an algorithmic software solution that marks the growth—literally—of digital fabrication. The project was named a Professional Runner Up in the Speculative category of the 2014 Core77 Design Awards. 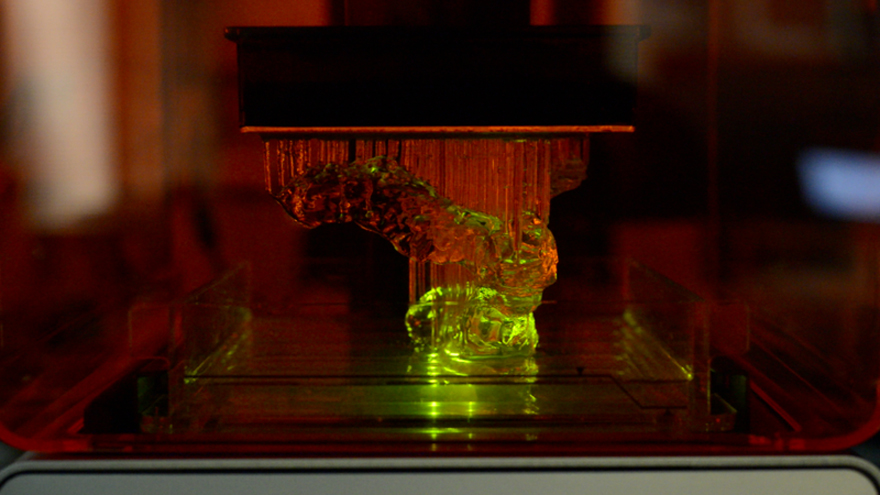 In order to virtually expand the build volume of the FORM 1 desktop SLA machine, Tibbits and Coelho developed an algorithm that transforms a desired form—which can be larger than the printer itself—into an origami-like chain structure, which can be unfolded into the bigger final product. Where the conventional method is to default to piecemeal fabrication, Hyperform allows the object to be printed in a single piece. "Hyperform encodes assembly information into the actual parts, so there is no need for a separate assembly instruction sheet and parts don't need to be individually labeled and sorted," says Coelho.

You've seen what the machine is capable of—creating crazy long links of fiber—but check out how it's done:

The designers see potential for this construction strategy being integrated into existing desktop printers. "We wrote a series of Rhinoscripts that transform any 3D solid into a Hyperform surface," says Coelho. "So you could imagine Hyperform as a kind of plugin component that prepares a model for a specific 3D printer and could be added to any modeling software." Bringing the project to enthusiast-level printers is also a possibility, but it may take some time for a sub-$2K machine to meet them halfway. "The only challenge is in find machines that can handle very large files," he explains. "Due to the way we compress geometry, the Hyperform STL files are quite large. We worked really closely with Formlabs to expand those limits in their machine but other machines we've tried weren't able to handle our files. 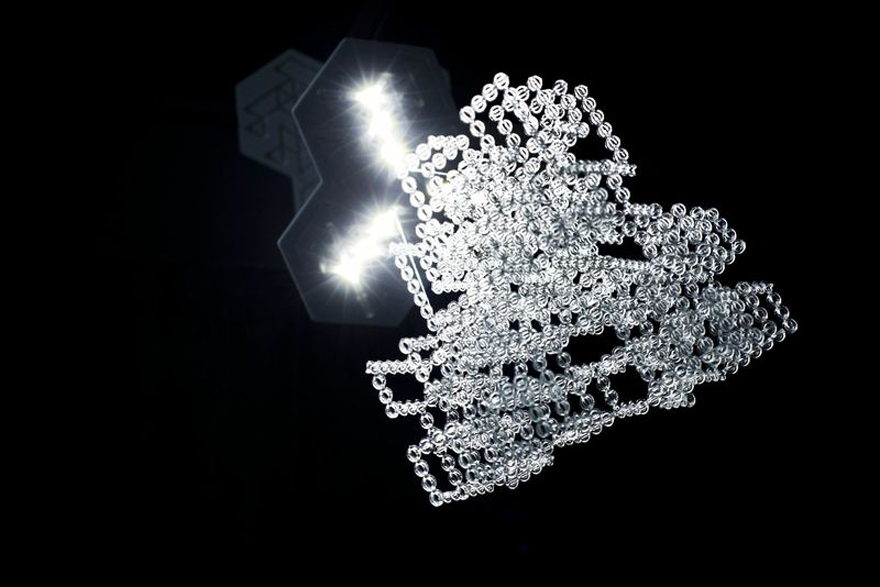 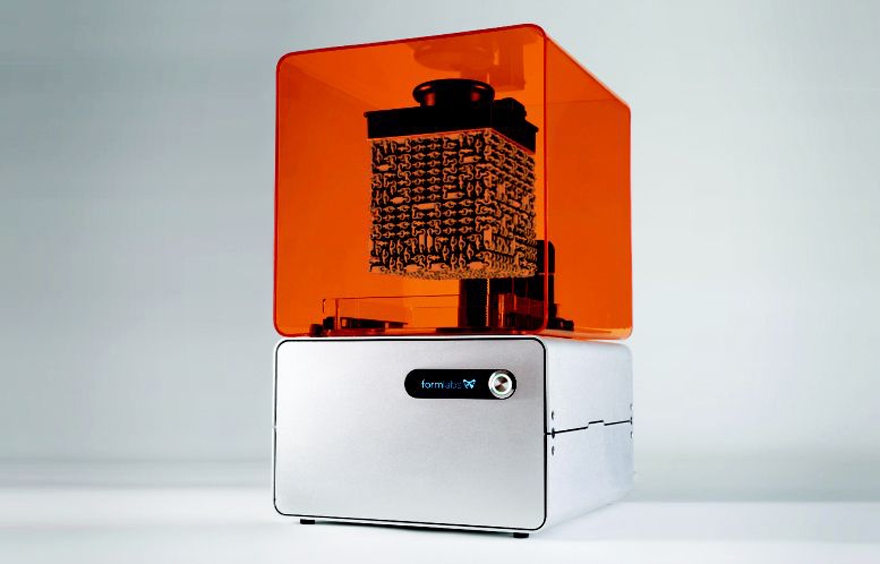 While Hyperform marks a notable step in making 3D printing a more versatile fabrication method, Coelho has some hopes of his own for the future: "4D printing and 3D printed food are some of my favorites," he says. "They both rely on the fact that 3D-printed objects don't need to be static things, but can undergo physical transformations based on external stimuli after the object has been printed. This will allow us to create objects in the future that will change shape to adapt to different conditions of use or environments. We will also see objects capable of undergoing chemical transformations to serve new purposes, much in the same way as we do in baking."

2014 Core77 Design Awards Winner Spotlight: Hyperform Breaks Out of the Build Platform to Expand the Horizon for Desktop 3D Printing