From Australia comes this clever re-think of the common butter knife. Sydney-based industrial designers Sacha Pantschenko, Norman Oliveria and Craig Andrews put their heads together and came up with the ButterUp, which adds a row of precisely-shaped holes to the blunt edge of the blade. This enables one to "grate" a cold stick of butter, creating easier-to-spread ribbons:

It's not surprising that the ButterUp quickly reached (and tripled) its Kickstarter funding target, garnering AUD $126,213 at press time over a $38,000 goal; what is surprising is how badly, and quickly, people want this design. Rather than opt for the least-expensive, $12-per-unit buy-in with a March 2015 delivery date, nearly a hundred backers opted to pay $60 to have a single unit delivered by this September! These people take their toast seriously. 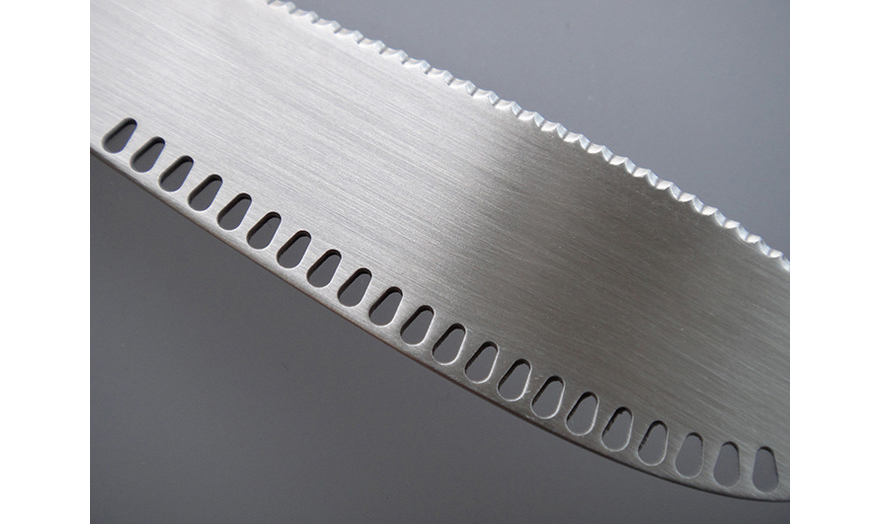