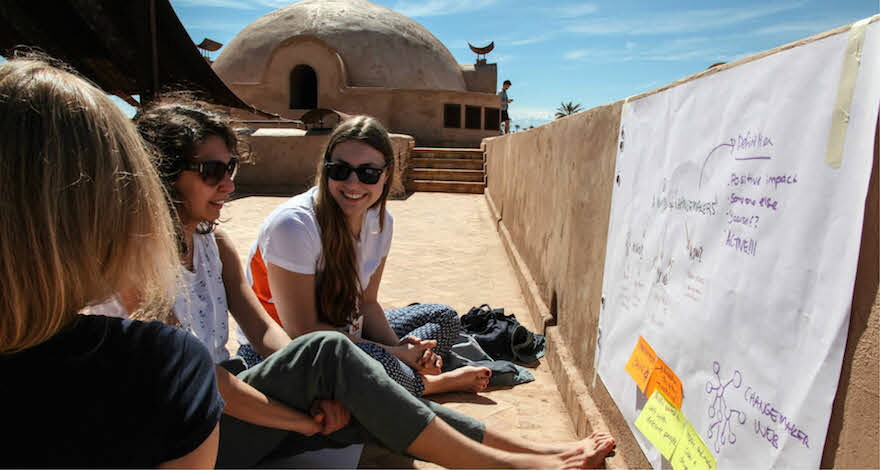 Cansu Akarsu is one of those people who you can't help but notice when she enters a room: Her bubbly and positive energy more than makes up for her small stature. I met her during the INDEX: Design Awards a few years back, and have had the great pleasure of seeing her grow as a designer with her many socially conscious projects. Her résumé includes projects such as Happy Baby Carrier, Pad Back and Soap Shish. She moved from Copenhagen to Stavanger, Norway, this year and is now working at Laerdal Global Health. 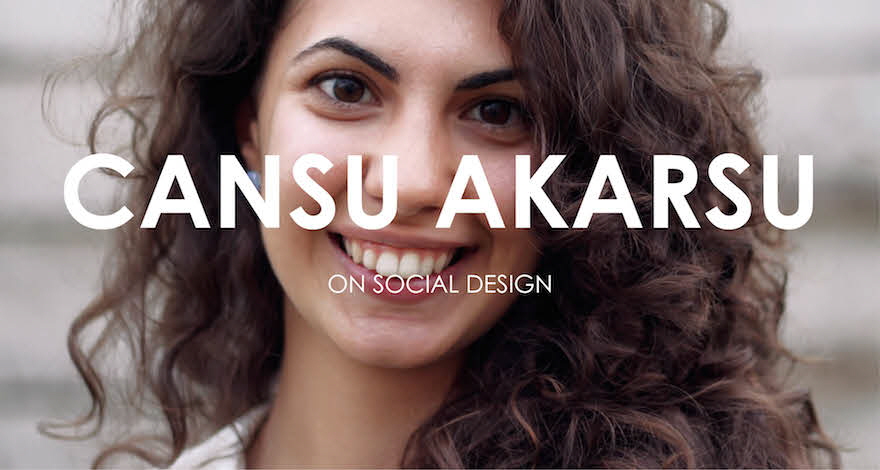 Tell us a bit about your background?

Cansu Akarsu: I was born and raised in Istanbul, Turkey. I studied at an American high school called Robert College in Turkey, followed by studies at Istanbul Technical University (ITU), which led to an exchange semester at TUDelft, Netherlands, and a year as an exchange student at Korea Advanced Institute of Science & Tech. 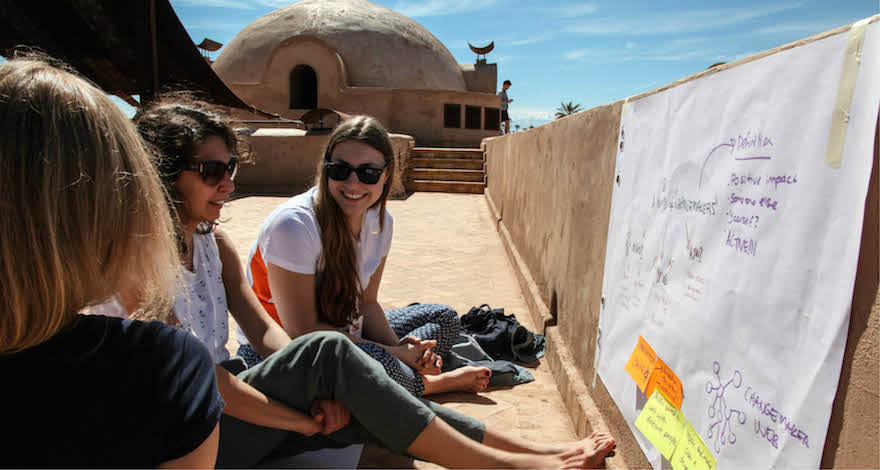 What led you to study design?

At the international school, I had a chance to chose courses more focused on my various interests, which gave me a chance to study and experiment with web design and graphic design. I was very lucky, my school was very good in this way. They also conduct various personality test as to help you understand where you fit on the job market, and how you can direct your studies in that direction.

If you think about your closest family and friends, have they influenced you in any way?

If you ask my mom, my 'design genes' came from my father's side :). They fell in love at the university as my dad helped my mom with her technical drawing courses. So far, I am the only industrial designer in my family of engineers. What fascinates me most about design is the human aspect—that we focus more on the everyday behaviors of people than technical solutions to products.

For the last few years, you have been working with socially conscious design. How did you get started with that?

There were many small events to lead to this decision. One of them being a trip to the eastern part of Turkey that I took with my class at ITU. I had traveled a lot to different countries, but i had never visited cities outside of Istanbul, and I thought that they were going to be more or less on the same level when it came to the standards that I knew growing up. I was surprised and shocked to see the lack of resources that existed in my own country. This inspired me to see what sort of impact that I, as designer, could have on peoples' everyday lives. I understood that I could do something to help the development of my country and the world as a whole and that was really exciting for me. This is one of the reasons why I decided to participate in OpenIDEO. Here I attended the design challenges, and it was one of the places where I found that design skills could be used to address worlds' biggest problems. 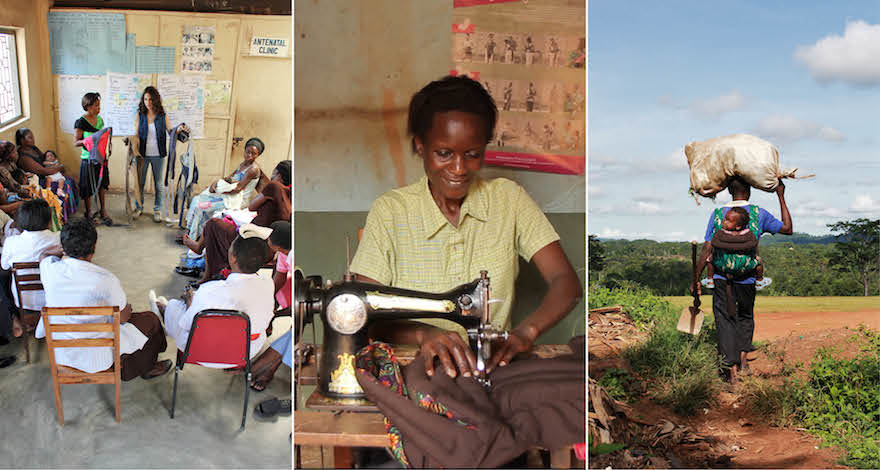 You have been living, studying and working in many different countries so far, what have lead you to do this?

After studying in Delft, I went to Korea for what was supposed to be one semester, but i ended up staying for two. During my time there i got in contact with INDEX, who were arranging a summer camp called YONSEI-INDEX Design To Improve Life at Yonsei University. So instead of going back to Istanbul, I entered two of my projects in their competition for the INDEX: Design Award and got on a flight to Copenhagen. I brought my portfolio and networked like crazy at the various gatherings and events arranged by INDEX during the award week. Looking back, it's hard for me to understand how I had the courage to do it. Kigge [Hvid, CEO at INDEX] encouraged and helped me a lot. I ended up getting an internship at DesignIt that started more or less immediately, so I never left Copenhagen.

One day, in the beginning of the internship, I received an e-mail from Kigge where she introduced me to the people who later were to fund the Happy Baby Carrier project in Uganda.

Tell us a bit about your role in Happy Baby Carrier, and how it all started.

As I said, Kigge introduced me via e-mail to the people who started Happy Baby. I got the mail the day before they had to leave, so we had to meet the same day. I was about to leave the country as well and had made plans for the evening, and even though Kigge had told me absolutely nothing about what they were all about in the mail, I just knew I had to meet them. So I canceled everything and arranged for a small dinner meeting with them. It ended up going later than expected—we were sitting talking about projects, possibilities and laughing through the entire evening. By the end of the meeting, I was asked to design a brief for the project, which I presented when they came back to Copenhagen a few months later.

I didn't really know what i was doing, but I showed them the brief, the timeline and told them about the team that I needed for the project—a researcher, a product designer, a photographer and me as project manager—and to my surprise they said Yes.

For more info about the project, check the website happybabycarrier.org

Were you done with your studies by the time you started working on the Happy Baby project?

Well, no! Originally, the idea was that I was going to do it as a graduation project, but my university back in Istanbul didn't agree with that. That was bad for them, but really good for me, seeing as I now got to do it as a full-time job, to build a great team and to work in the field in Uganda. I believe this arrangement led to a much better process as well as a better result.

Other than the finished product and fond memories, what did you take with you from this project?

So many things were going on at the same time and seeing that the process was so intense. One of my colleagues was an anthropologist, so I learned a lot about research. I had already prepared an interview guide for the workshop and we refined it together. During the process, we had to change some questions in order to get the answers we were looking for, as well as adding a some new ones and omitting others that weren't relevant.

We asked them to describe how they carried the baby depending on age and size, and when they answered, I would start sketching it on the board and everyone loved that, so that became a reoccurring part of the workshop. Someone drawing was a fun point that we added on during the process.

For me personally, everything was so new, living in Uganda and being a project manager, but at the same time a tried to not be Cansu anymore and just be as objective as possible. I didn't have a lot of free time to get into the culture the first time around, but the second time we stayed for four months, which was a lot of fun! 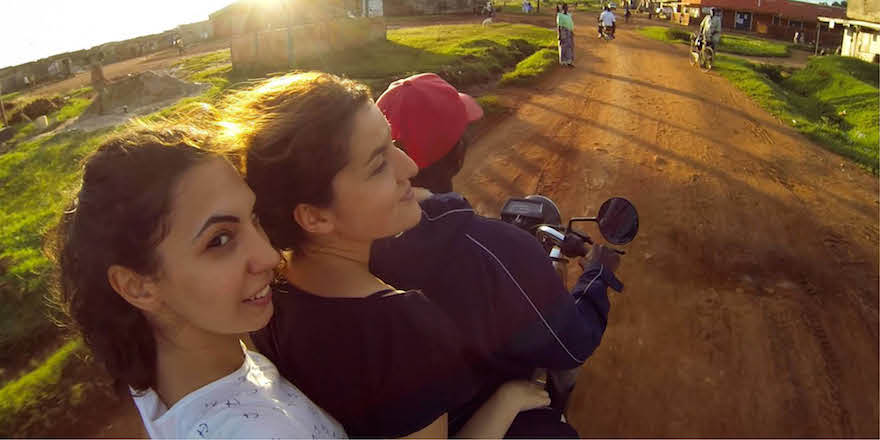 Was there anything that surprised you with the process or the project?

Oh, this is really hard to answer... at one point in the Design To Improve Life process, there is this part called "Kill your darling," we had to use it. We had a prototype that worked perfectly, but it was hard to produce, and since one of our criteria was that it had to be easy to replicate, it was out of the question to continue with that model. It was necessary to ditch it, but it still hurt.

Many of the things that surprised me came after the process was done and we were visiting families that were using the carrier. Seeing that they had started to use it in a way which we hadn't intended for a problem that we hadn't considered in the process. If we would have known, we might have designed it differently. But it works, which is the main thing.

One of the other interesting things that comes with creating a successful product is all the things that you can't predict when you first start, such as the new patterns created within a family structure. For example, when the father uses the baby carrier, the love and attachment to their children grows, the gap between the genders get smaller, and decreases domestic abuse.

What is your next step?

I want to move on to more challenging tasks. I love the field, so i'm continuing my path within this area. I just started working at Laerdal Global Health, where my focus will be to help save the lives of both mothers and children in the days after the birth. We are going to design products and programs to train midwives to do their job in a better job, and we are focused on a low-income setting.

I learned a lot in my old job, but here I have a bigger platform, I have a greater possibility to grow and to learn more within an organization that is as big as this one.

Lastly, do you have any 'Dos' and 'Don'ts' for people who are, or who want to work in the field of socially conscious design?

They are not specific to social innovation—they are valid for every field:

Do - Socialize with the culture you are designing for - Get your hands dirty; prototype - Document each step of the design process - Bring in multiple prototypes to get comparative feedback

Don't - Get defensive about your idea. When asking for feedback from users, designers should not defend the idea they have presented, but be open to as much critical feedback as possible.