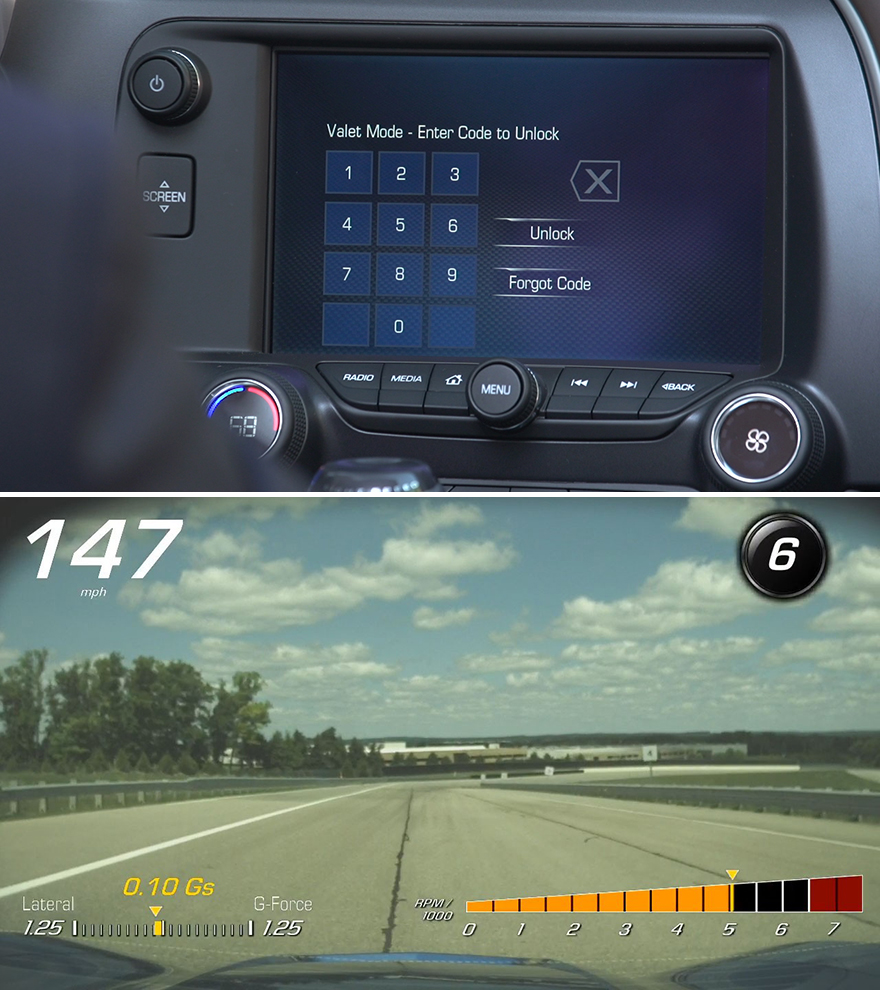 Carlos Tomas dropped his Mazda 6 off for a detailing appointment at a shop in Toronto. When he returned to pick it up, he noticed some cosmetic damage to the front of the car that he swore wasn't there before. But the body shop denied responsibility. A suspicious Tomas brought another car to the shop the following week, a sportier RX-8, and this time he secretly photographed the odometer before handing over the keys.

When Tomas picked the RX-8 up five days later, he noticed an extra 449 kilometers had been racked up on it. And amazingly, he received a CAD $45.60 bill in the mail from the local automatic toll collection agency.

We're guessing the designers and engineers over at Chevy have heard stories like this once too often, as they've actually cooked up a feature to solve this with their 2015 Corvette:

What's interesting is that the technology already existed as part of the Corvette's Performance Data Recorder package, which uses a small camera to shoot HD footage from the driver's POV, while a mic records the in-cabin audio and a computer records the vehicle data and telemetric info. The PDR was originally designed for track-heads who wanted to improve their lap times, but "We soon realized the system could have many more applications," Corvette product manager Harlan Charles said in a press release issued yesterday, "such as recording a scenic drive up Highway 101, or recording when the Valet Mode is activated."

The info and video can be viewed in-car immediately after recording, and it's also downloaded onto an SD card if you want to take the proof to the cops or just upload it onto YouTube. "Think of it," says Charles, "as a baby monitor for your car."