More Than Meets the Eye: A Bicycle That Transforms into Its Own Lock, Yea or Nay? 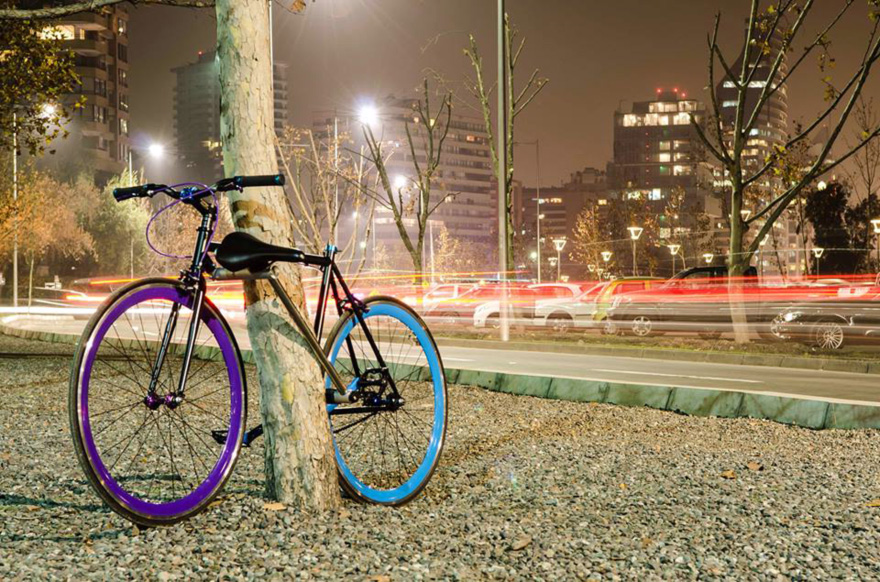 When it comes bicycles, we're often inclined to say nay. Call us snobs/cranks/grouches or what have you, but we are generally of the opinion that you don't go reinventing the proverbial human-powered two-wheel conveyance. Here's a new one that (if nothing else) offers a new approach to an integrated locking mechanism.

Starting with the notion that any lock can be broken, Juan José Monsalve, Andrés Roi and Cristóbal Cabello have designed the "Yerka," a bicycle frame that features an integrated lock—i.e. the bike cannot be ridden if the lock is severed. Where many of the past Oregon Manifest entries (for which a lock is required per the brief) explored concepts that were integrated into the main triangle of the frame—Tony Pereira's version was deemed worthy of first place in 2009 and 2011—the Chilean engineering students have opted to build the shackle into a main tube. I don't condone locking to trees, but kudos to the team for developing a working prototype:

I appreciate that the Yerka team hews closely to the traditional diamond frame, but the integration certainly comes at the expense of the weight and stiffness (i.e. efficiency) of the bicycle; besides the moving parts in the downtube, I imagine that there is a major tradeoff when it comes to the XL seatpost. Considering the weight and density of most heavy-duty bicycle shackles—usually composed hardened steel as opposed to aluminum, which is appreciably lighter—that seatpost either weighs a few pounds or its soft enough to be hacksawed with ease, and a savvy thief would cut it at a point where the seatpost remains usable. And even though the large locking area means that it will fit around a wide variety of urban fixtures, it also means that it can easily be lifted over, say, a parking meter. 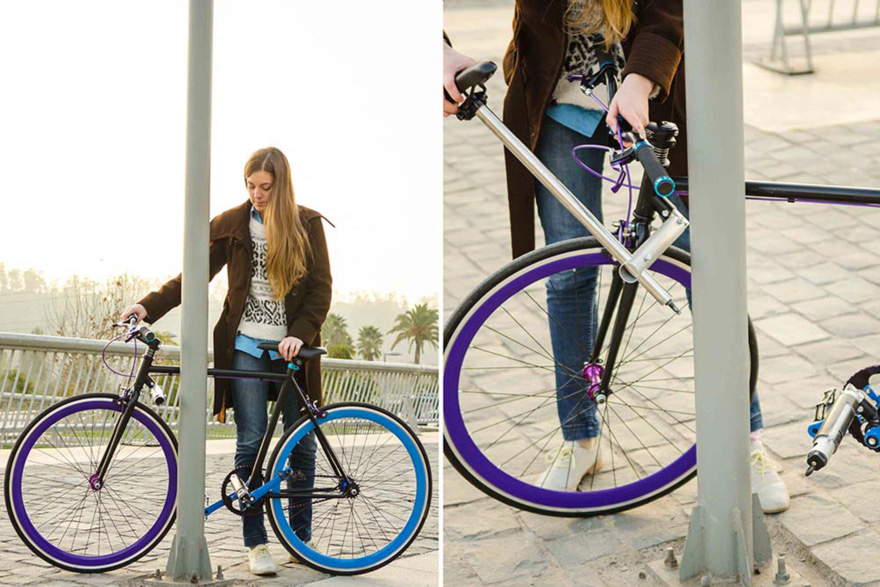 Some of you may also note that it's essentially a variation on the KiBiSi-designed Biomega Boston bicycle, which has an integrated cable lock that doubles as its downtube. While the cable is only a minor deterrent for a thief, the bicycle can only be ridden with the cable under tension; perhaps a similar cable mechanism could be incorporated into the Yerka. There are no concrete plans for the Yerka to go into production at the moment—in a short interview with Esquire, Monsalve says they're currently raising funds—but it so happens that a handheld version of a two-shackle/two-body lock just got Kickstarted: Tallac Design's "Vier" lock looks like a promising alternative to the traditional U-lock.) 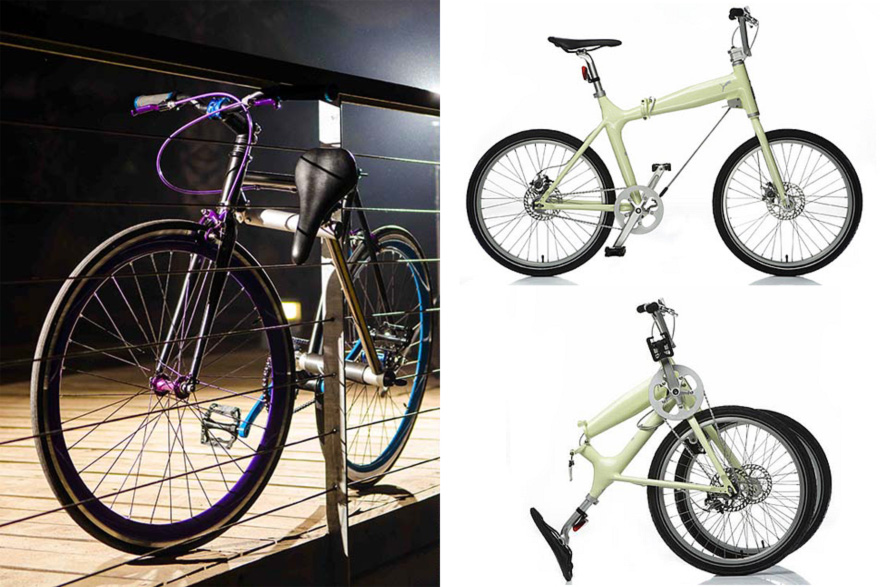 Then again, I've never seen a Boston in the wild here in NYC—incidentally, it's in the permanent collection at MoMA—and while I've come across at least a few Hiploks, TiGrs and even the odd Bordo, I'll stick to my trusty Abus Futura Mini. Even so, there must be a use case for the Yerka—thoughts?