In the Details: Translating Contemporary Illustrations Into Traditional Portuguese Rugs 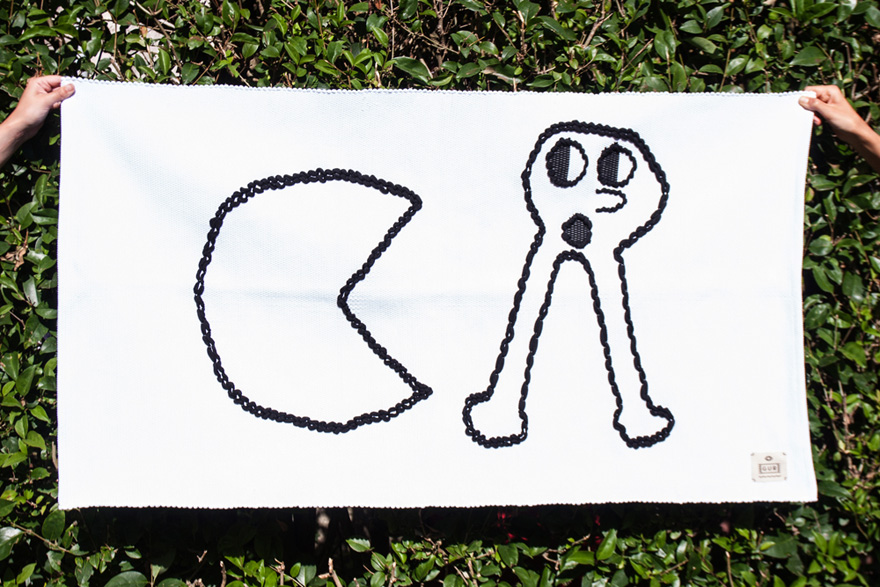 Designer Célia Esteves first fell in love with the Portuguese tradition of rug weaving at an exhibition in her hometown of Viana do Castelo, in the north of Portugal. There she met—and got a tutorial from—an artisan who was creating rugs on a hand loom. Esteves left the exhibition smitten with the technique and determined to find a way to continue working with the traditional handcraft. "I found it so exciting and promising that I immediately wanted to share it with some of my illustrator friends," she says.

Luckily, Esteves has some very talented friends. She asked illustrators like André da Loba, Marta Monteiro and José Cardoso to create designs to be translated into woven rugs, and worked with the weaver she met at the exhibition to realize the project. The result is Rug by GUR, a remarkable pairing of contemporary illustration and traditional Portuguese rug weaving. 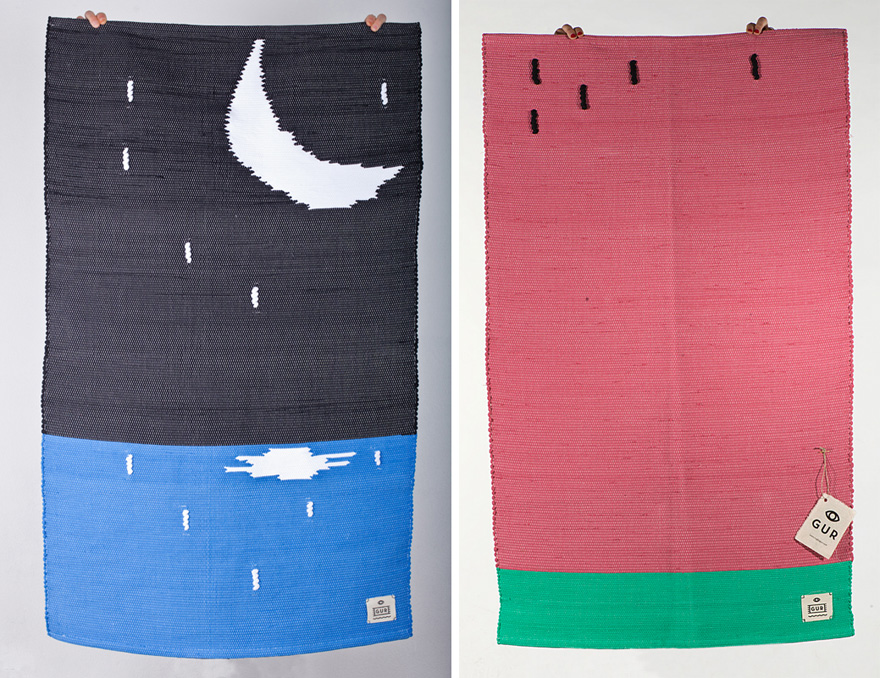 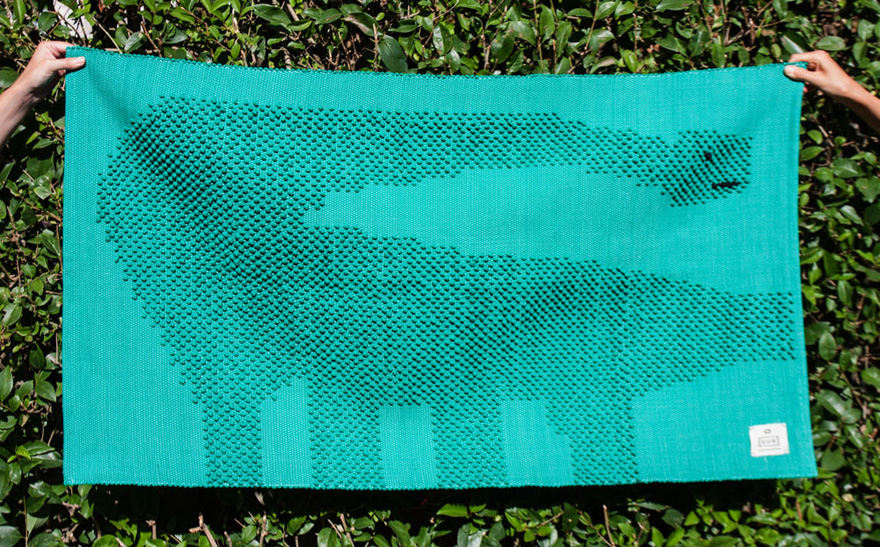 "The technique is very specific, and it can also be limiting," Esteves admits. "Sometimes it is not possible to do exactly what is designed." One of the challenges is the grid system required of the weaving, making it difficult to create continuous lines. Another is the material used, raw tirela, which is made of rags from used clothing, limiting the colors to what is available from nearby factories. But the hardest part? Choosing just one design. Esteves typically asks her illustrators to send a few ideas for a rug, to allow her to decide which concepts might be possible to execute. "Even with the possible ones, sometimes we have to make some changes in the design," she says. The limitations of the hand loom are difficult to explain to her collaborators, and their designs often require a few iterations before they are ready to be woven. 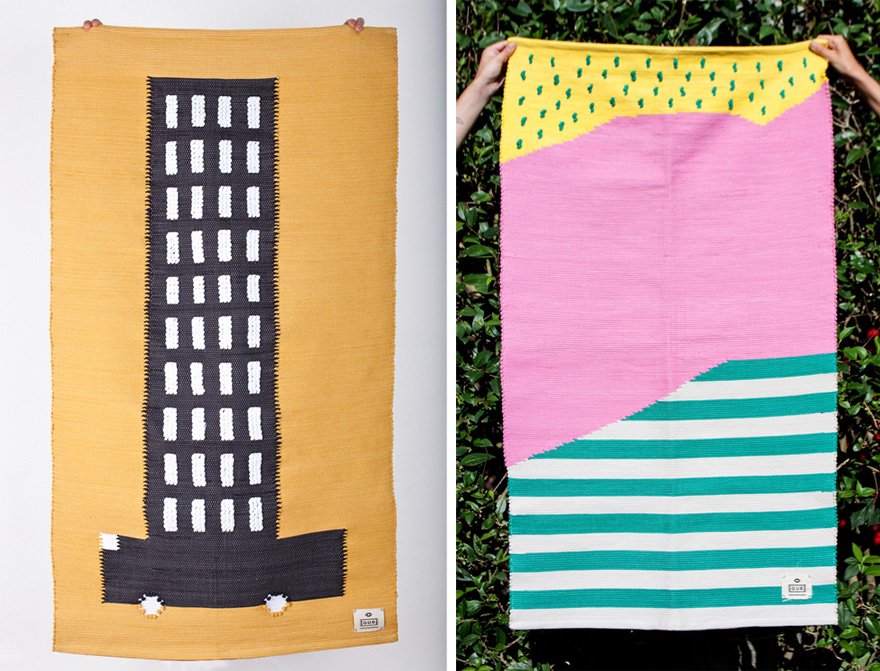 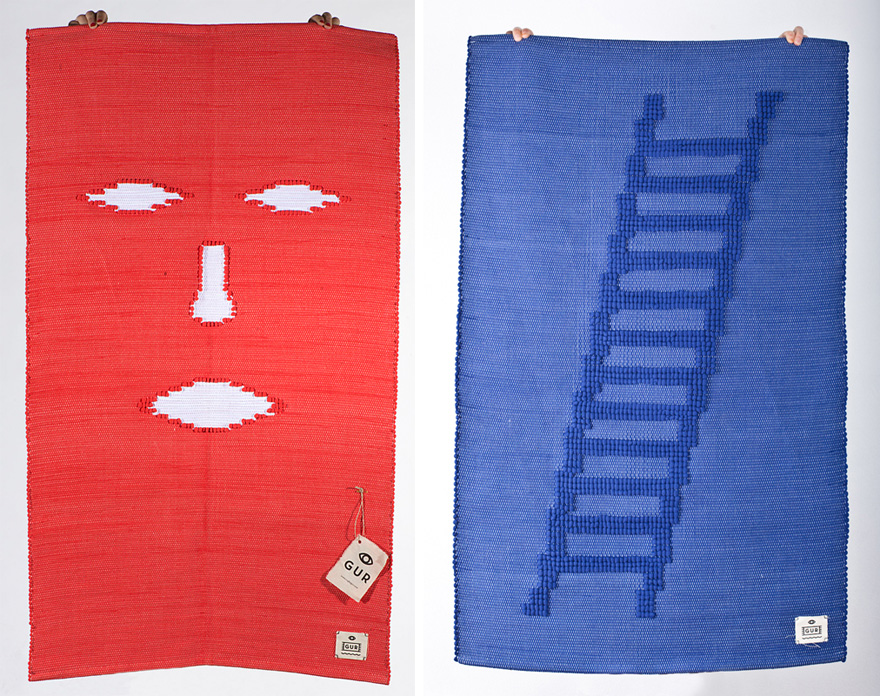 Once Esteves decides upon a design, she works with the artist to make any alterations needed to translate it to the loom and make a final blueprint of the drawing. Together, they pick out the colors of raw tirela that will be woven to create the rug. Then Esteves works with the weaver to choose which techniques will be used for various parts of the blueprint.

The weaver recreates the blueprint into a grid, overlaying a grid made of several smaller points on top of the drawing, and marking each point of entry for the weaving. She then prepares the tirela for weaving by passing it through a series of rollers. As she begins weaving the rug using the hand loom, the weaver shares images of the process with Esteves. Each rug takes about a day to complete, and each design is made in an edition of 50, all woven by hand.

While rugs woven this traditional technique are considered a staple in many Portuguese homes, GUR has breathed new life into the age-old practice and brought it to an international audience. Moving forward, Esteves hopes that GUR will keep growing as it releases new editions with artists—expanding the reach of the rugs and their story to more countries and homes around the world.

Rug by GUR creations can be purchase directly from Esteves, as well as from online stores such as Galeria Dama Aflita in Porto, Arte Assinada in Lisbon and BeachLondon in London. Prices range from €55–90, or about $70–120.

In the Details: Translating Contemporary Illustrations Into Traditional Portuguese Rugs