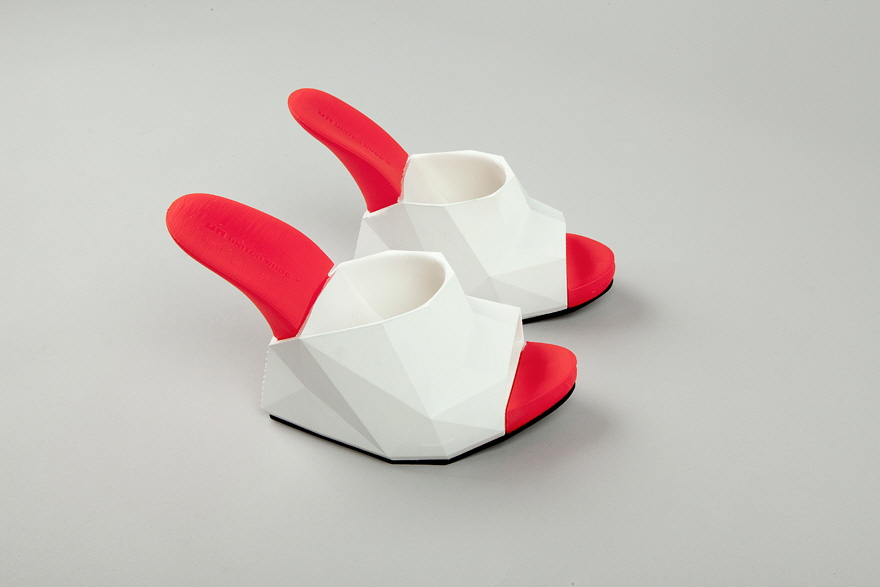 This is the latest installment of our Core77 Questionnaire. Previously, we talked to Umbra co-founder Paul Rowan.

Occupation: I'm a designer and the creative director of United Nude.

Location: I'm based in Guangzhou, China; that's where we have our studio. But I also spend a lot of time abroad. We have showrooms in Amsterdam and New York, and we have shops all around the world. And then I spend the weekends in Hong Kong. 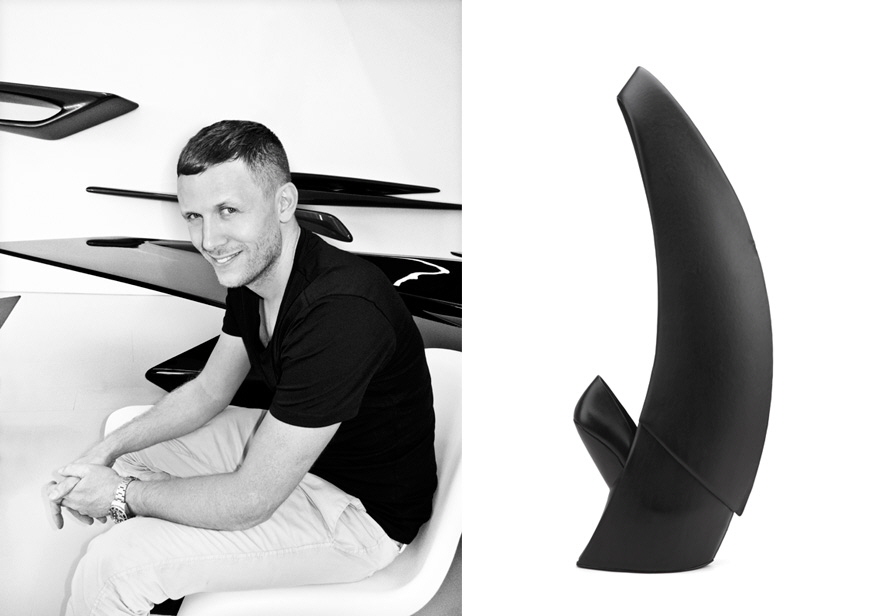 Current projects: We're a seasonal business, so we're designing a new collection every few months. Right now we are also making what I would call an "art car"—it's basically a sculpture that you drive around, which is almost finished. In addition, we're doing a 3D-printing project with 3D Systems, where we designed a shoe for very small-volume 3D printers. That was launched at our store in New York earlier this month.

Mission: To make cool products, and along the way try new things and push boundaries. To be inspired and inspire others. 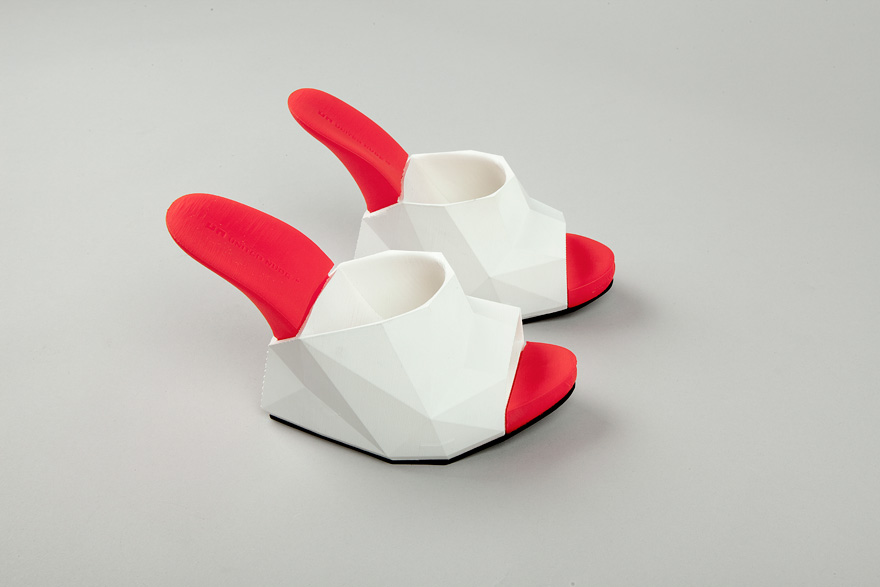 When did you decide that you wanted to be a designer? Well, I come from a family with a lot of designers. My uncle is an architect with the same name as me. My father was also an architect and my mother was a graphic artist. So I think I wanted to be an architect like my father basically from the very beginning.

Education: I have a master's degree in architecture from the Technical University of Delft in Holland.

First design job: While I was still a student, I worked at several architecture firms, including OMA; I worked on the Prada store in New York. And then, before I graduated, I had already started United Nude with Galahad Clark, who comes from the Clark's shoe company family. We were already in product development, and the brand was officially launched about a year after I graduated.

Who is your design hero? It's between John DeLorean, from DeLorean Motors, and the Brazilian architect Oscar Niemeyer. 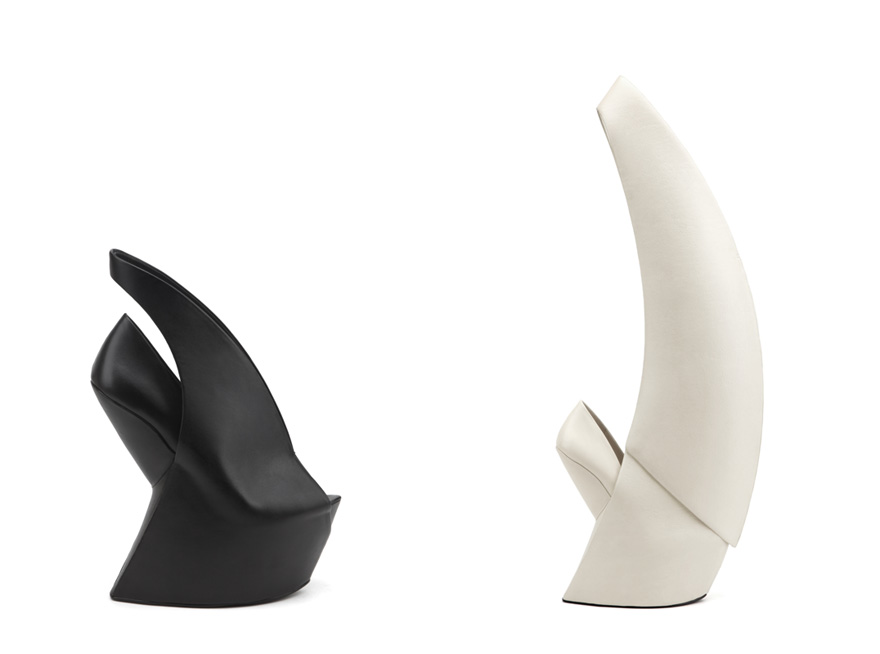 The Biospiracy bootie (left) and boot are the latest designs in an ongoing collaboration between United Nude and Iris Van Harpen.

The Biospiracy boot and bootie on the runway

Describe your workspace: It's a big, lofty space with high windows in the center of Guangzhou, on the tenth floor, with a view of the Pearl River. As part of the space we also have our own development center, with 3D printers and scanners, where we can prototype shoes and accessories. It's a very vibrant place, like a laboratory.

What is the best part of your job? That it comes with a lot of pride. So let's say when you buy a car, it's a completely different level of pride from when you design and build a car and drive your own creation. I think the beauty of design is that the level of pride is very high.

What is the worst part of your job? The worst parts are the failures. When you have a quality issue with a product or something goes wrong with the manufacturing. And maybe it could have been avoided but you didn't pay enough attention and something went wrong. That can be devastating. 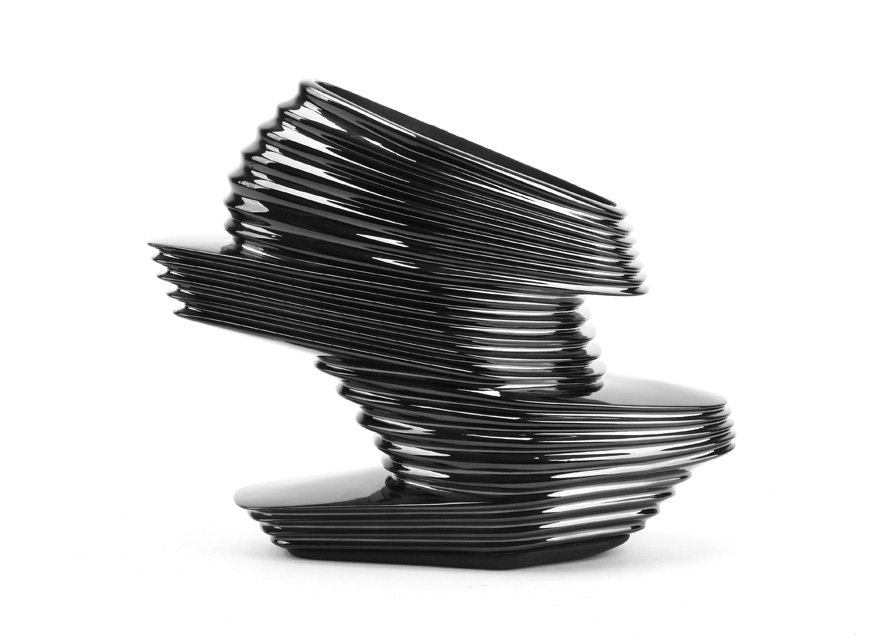 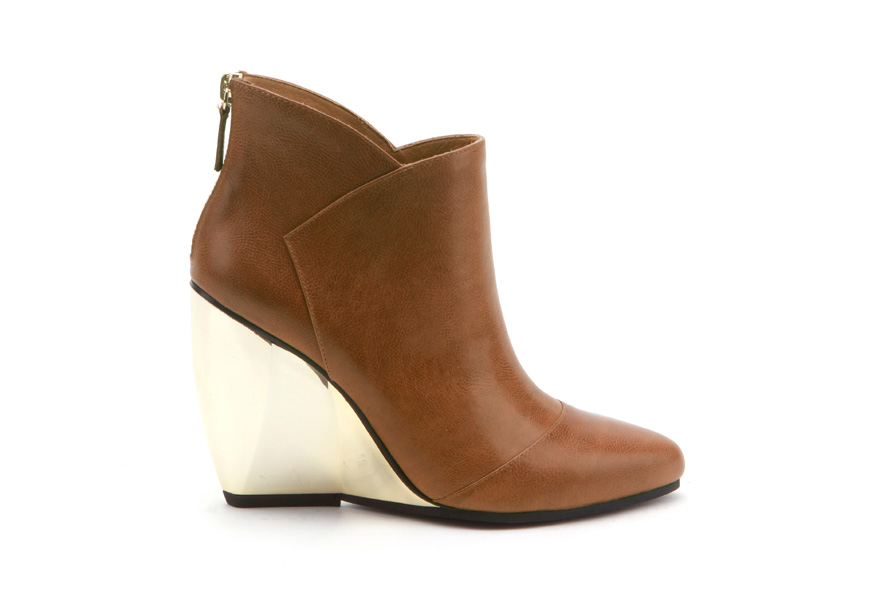 What time do you get up and go to bed? That depends. I'm traveling quite a lot, so in different time zones I have a different rhythm. But I normally wake up at about 8:30 a.m. and go to bed at 12:30 a.m.

How do you procrastinate? I don't really have this luxury. And for the most part I really like my work. Of course, sometimes there are certain things—certain paperwork, or editing the text of product handbooks or something—that I don't like doing. Then I just put it lower on my list, and do the other things that I like doing first. But when the deadline comes near, I still have to do it.

What is your favorite productivity tip or trick? I am quite an efficient designer, but I'm not sure that I have some sort of trick for it. One thing I sometimes do, when we design something, is I'll take the object and put it on different sides, flip it around and see what it looks like from other angles. That can bring more inspiration for that design or for a new design.

What is the most important quality in a designer? I think, if you want to be a good designer, you have to have a good feel for proportions. You can detail something very beautifully, but if the proportions are off it simply doesn't work.

What is the most widespread misunderstanding about design or designers? That everything has to be designed nowadays. Of course, everything is designed if it's man-made. But I think that a lot of things are also being overdesigned. Not everything has to be redesigned. Certain things are so good that there's a reason that they have evolved to that particular design. For instance, the wine glass. Nobody's going to come up with a better wine glass than the traditional one; that object has finished its evolution. Designers need to accept that they don't need to get involved in everything. 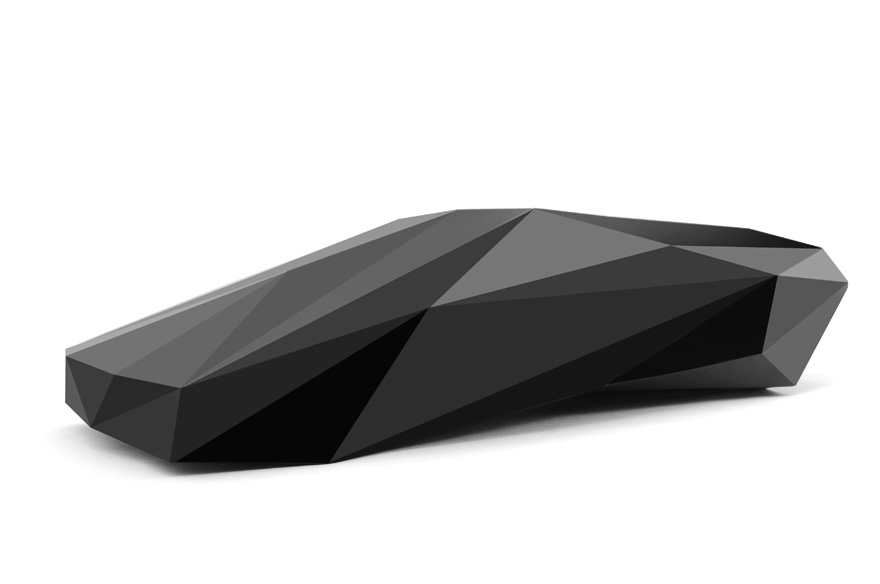 The Lo Res Car was designed by lowering the 3D resolution of a Lamborghini Countach. 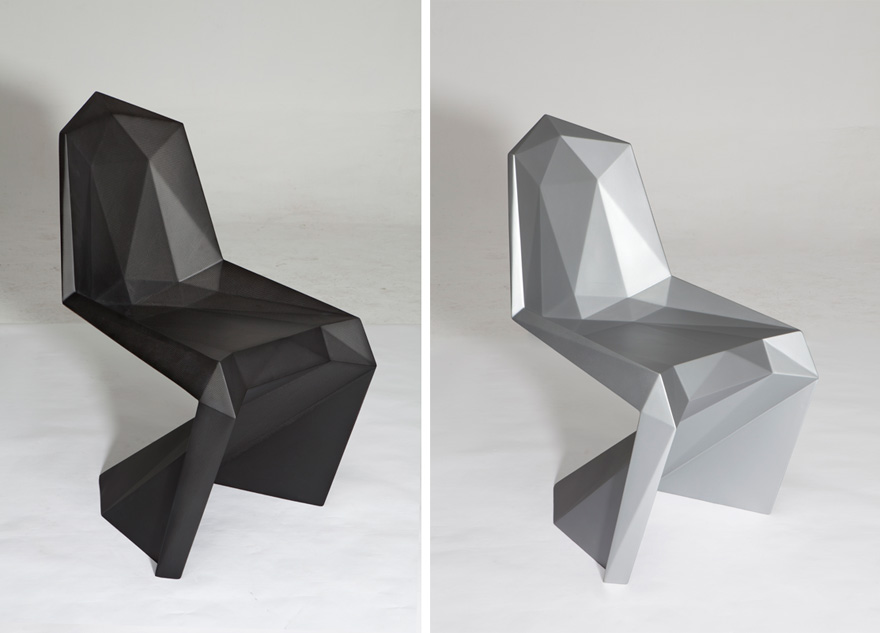 The Lo Res Chair is based on the 1960s Panton Chair. Read more about United Nude's Lo Res project here.

What is your most prized design possession? Well, a lot of the things we make ourselves I have a strong bond with. The Lo Res Car that we just built is something that I really prize for myself. Or the first prototypes of the Mobius shoe, which was the object that made me change my profession and move to another country, and which basically started my career.

What is exciting you in design right now? I'm excited by many things; it's hard to choose just one. But I'm not really a "design freak," I guess. I'm not the person who goes to a lot of design events to look at new designs. If I have to choose between a design event or an art fair, I'd much rather go to an art fair, because it's much more emotional to experience that work in real life.

If you could redesign anything, what would you choose? Maybe the Guangzhou airport. I use it a lot and it's very badly designed. Actually, there are a handful of airports I would love to redesign. LAX is a horrible airport; JFK in New York is terrible. So I would make a list of airports and sit down with a few experts and redesign them.

What do you hope to be doing in ten years? Something very similar to what I'm doing now. I hope that by then we have expanded our product categories to become more of a lifestyle brand. So more furniture, objects. I hope that one day we have some real vehicle products in our portfolio. And I hope that we can be a very calm and stable company while also being very energetic and exciting.

Lastly, who's more fun to have a drink with: architects, industrial designers or graphic designers? I know that in general people say that architects are not fun. But I have really cool friends who are architects, so for me, I would choose architects. But in general? I probably wouldn't hang out with any of them. I'd rather have drinks with a physician or something—people who know how to drink.