This Is Happening: James Murphy Remixing Tennis (the Sport), via IBM 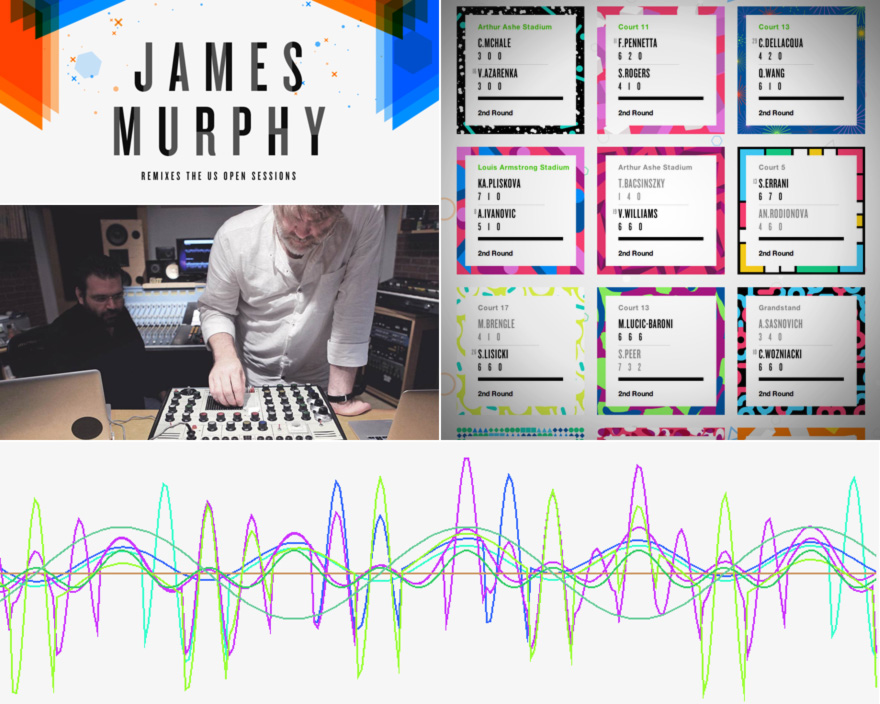 "I hear you're buying a synthesizer and an arpeggiator and are throwing your computer out the window because you want to make something real."

Well this is weird and fun: The data wizards at IBM have partnered with the U.S. Open and James Murphy of LCD Soundsystem / DFA Records fame to create real-time musical interpretations of tennis matches throughout the tournament. The premise of the U.S. Open Sessions is simple: IBM processes millions of data points via cloud-based algorithms to generate synth tones that represent the gameplay, complemented by Platonic shapes in the browser window. Developer Patrick Gunderson of digital production companyTool does the heavy lifting while Murphy transposes the progress of the match from groundstrokes to keystrokes; from playing the baseline to, um, playing the bassline.

The fourth and final Grand Slam of the year kicked off on Monday, and the U.S. Open Sessions site includes archived matches as well as real-time broadcasts of live 'scores'—duets, if you will—as they unfold at Flushing Meadows. Although I'm not sure if this project is meant to appeal to number-crunchers, tennis fans or indie-rock fanboys and girls, or folks who happen to be all three, the mobile-optimized site is certainly diverting enough to poke around for a bit. It's kind of experimental but mostly just fun, a whimsical implementation of IBM's formidable computing power (the apps run on the cloud via SoftLayer).

Of course, the so-called SmartCloud Orchestrator ain't gonna compose pop gems all by itself—according to Business Insider, "Watching with a digital soundboard, Murphy will incorporate factors such as wind, humidity, and other variables so that every match has its own unique digital footprint." And as abstracted as the aleatoric melodies may be, the project will culminate with a compilation album of James Murphy remixes of his favorite matches. Check out the U.S. Open Sessions here.

This Is Happening: James Murphy Remixing Tennis (the Sport), via IBM