In the Details: Making Weather-Controlled Lights for a Subtle Long-Distance Connection 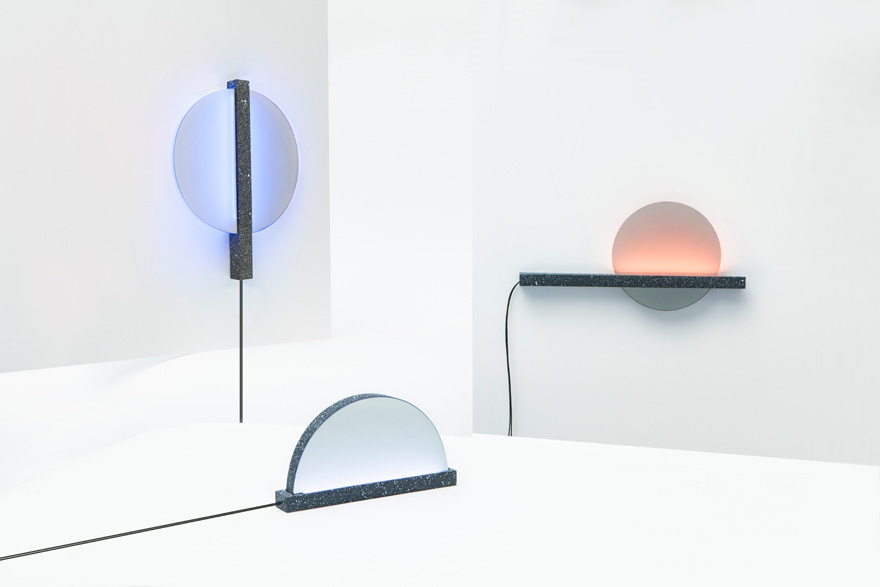 If you've ever been in a long-distance relationship, you know firsthand the challenges of coordinating across time zones to connect with parents, friends and partners. Phone calls are painstakingly scheduled, then spent catching up with a myriad of questions about the day-to-day in an effort to feel closer. Recently, a group of designers proposed a novel way to facilitate that connection: through a set of Internet-connected lights that reflect the weather conditions of another's location.

"Fabrica hosts designers and artists from all over the world, thus distance and nostalgia are naturally recurring topics," explains Amico. "Drawing from these conversations, we had the idea for Patch of Sky, an object that would silently connect people over distance, just by letting them 'share the sky' under which they're living." With that inkling of an idea, Amico and Akshataa invited the other four to join the team; collectively, they brought the project from ideation to fruition over the course of a year, completing it in early 2014.

The lights are made of painted wood and one-way mirror glass, and they come in three versions, for mounting on a wall or placing on a desk. Housed inside each device is an Arduino Uno and custom electronics that control an RGB LED strip. The purchaser of a light must first log in to a website with his or her own Facebook account (sorry Facebook holdouts, you're out of luck), entering a key that will uniquely identify each Patch of Sky device. That device will then be associated with that Facebook user, displaying animations from the account's most recent location. While they have yet to iron out all of the kinks, the Patch of Sky team envisions most customers ordering the product as a gift for a loved one, linking it to Facebook before specifying the recipient's address.

The recipient of the light must connect a small device called the Berg Cloud Bridge to an Internet router. The Bridge will then facilitate a wireless Internet connection with the Patch of Sky—now able to continuously transmit data from the user's Facebook account, pulling his or her location and retrieving the local meteorological conditions from a weather web service. That information is then generalized to one of 11 predetermined weather options, each linked to a lighting animation. 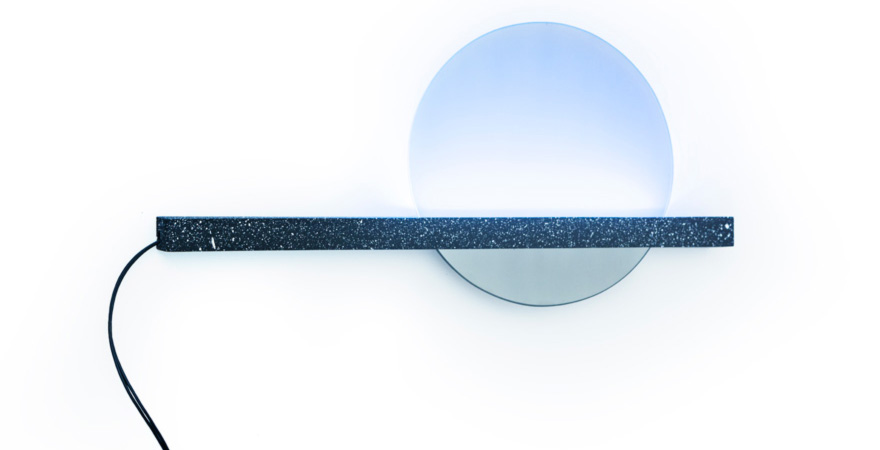 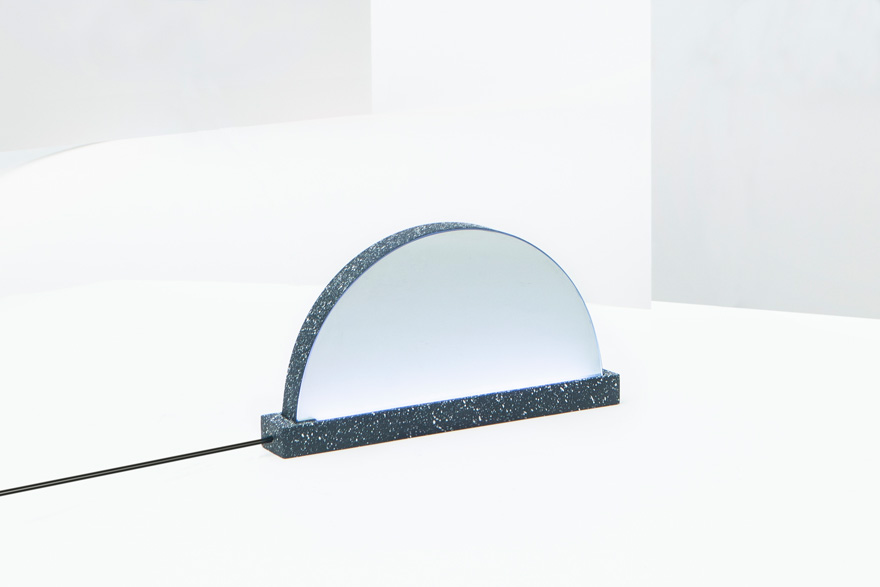 When deciding on the final form for the device, the team first looked to weather-detecting instruments of yore, but found them too complicated. Instead, they mapped out all the feelings they wanted Patch of Sky to emulate, coming up with simple shapes and figures. They decided on the final circular shape and intersecting line for its symbolism of the sun and the horizon.

For Patch of Sky's interaction, the designers wanted to avoid screens or notifications in favor of a subtle approach—something as simple as glancing into the lights' mirrored surface. That subtlety proved to be difficult to achieve as the team wrestled with choosing the best balances of color and animation. "The main challenge was to decide which light animation corresponds to which weather condition," Zanellato says. "It was really subjective and it wasn't easy to make every weather animation understandable for everyone." The team labored over different combinations of color and pulsing light, working to make something explicit yet unobtrusive, as Patch of Sky remains on constantly. 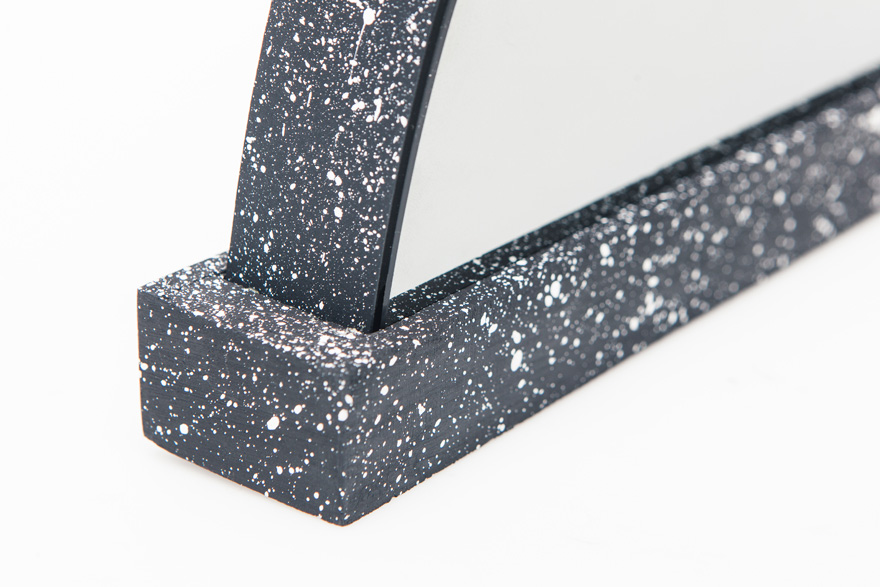 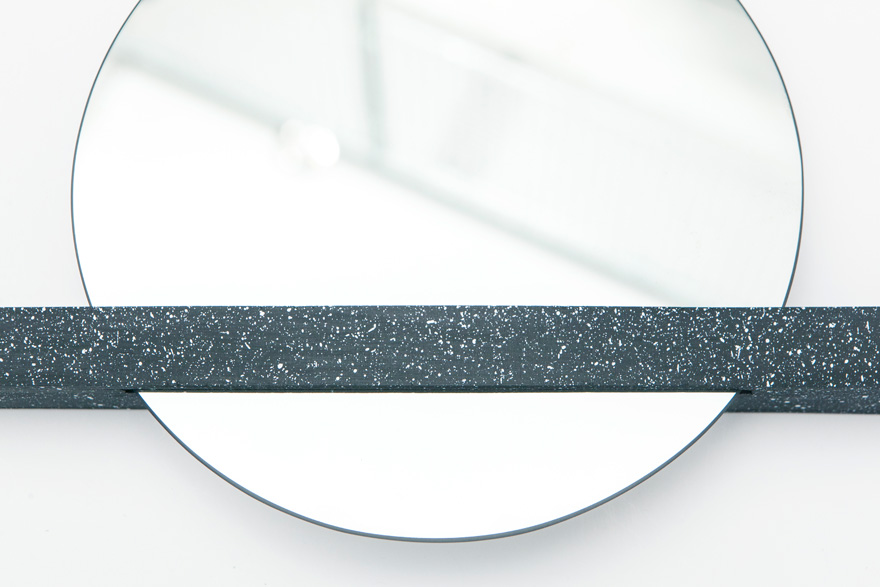 The team tested the lights by leaving them on coworkers' desks to get an idea of how it would feel to have a pulsing colored light beside you at work. These tests informed decisions made around the rhythm and color of the animations. For example, the "storm" setting—the lights' most distinctive animation—involves a slow transition between different shades of blue and flashes of white to mimic lightning. "Everybody surely understood the weather condition it represented," Amico says, "but it took several rounds of tweaks for avoiding that people would freak out from its strobe-like effect."

"The challenge was for us to bring a poetic aspect into an interactive object," Zanellato says. "As a product designer, I rarely find technological or interactive objects that evoke emotions and feelings. Patch of Sky uses technology and easy access to information to arouse memories and thoughts. I think that's the beauty of it."

The next challenge is finding a producer for Patch of Sky, which was originally intended as a research project but has attracted a huge number of requests from potential customers. The team is currently in contact with different companies, and it is weighing whether to offer a limited-edition version or to wait until a bigger run is possible. "Our aim is to make it as an affordable product that many people can buy, and to reach this goal we still need to work a bit on it," Zanallato says. For further information or to receive updates on future developments with the project, e-mail the team at fabrica@fabrica.it or follow Fabrica on Twitter or Facebook.

In the Details: Making Weather-Controlled Lights for a Subtle Long-Distance Connection