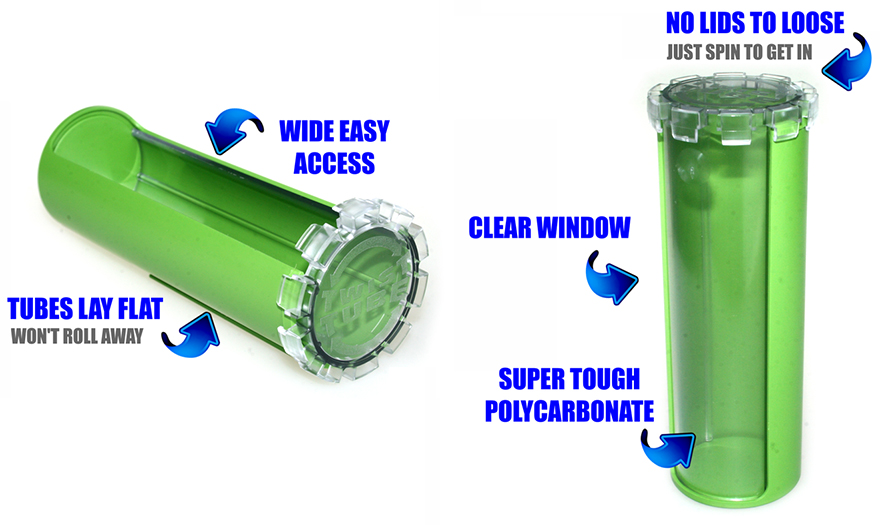 For small parts storage, I use the cheapie Stack-On containers we covered here. They're useful and inexpensive, but their design also dates back at least several decades. For a more modern-day solution, check out industrial design and manufacturing engineer Jeffrey Bean's Twist Tubes.

Bean's background comes with heavy tooling experience, yielding a specialty in "the rapid design and build of plastic injection molds." He's used his skillset to create a series of storage tubes that open from the side, via rotation, and feature both colored and clear polycarbonate in the same package (for color-coded organization and visibility, respectively). And his Twist Tubes are designed to avoid the one thing that's happened to all of us at some point: Dropping the container and spilling its contents everywhere. Although cylindrical, the toothed design of the cap means the Tubes will lie flat on their sides, preventing them from rolling off of a table; the sealed design (unlike a Stack-On drawer) means the Tubes won't spill their contents even if dropped; and the polycarb ought to withstand the impact of an accidental bench dive. 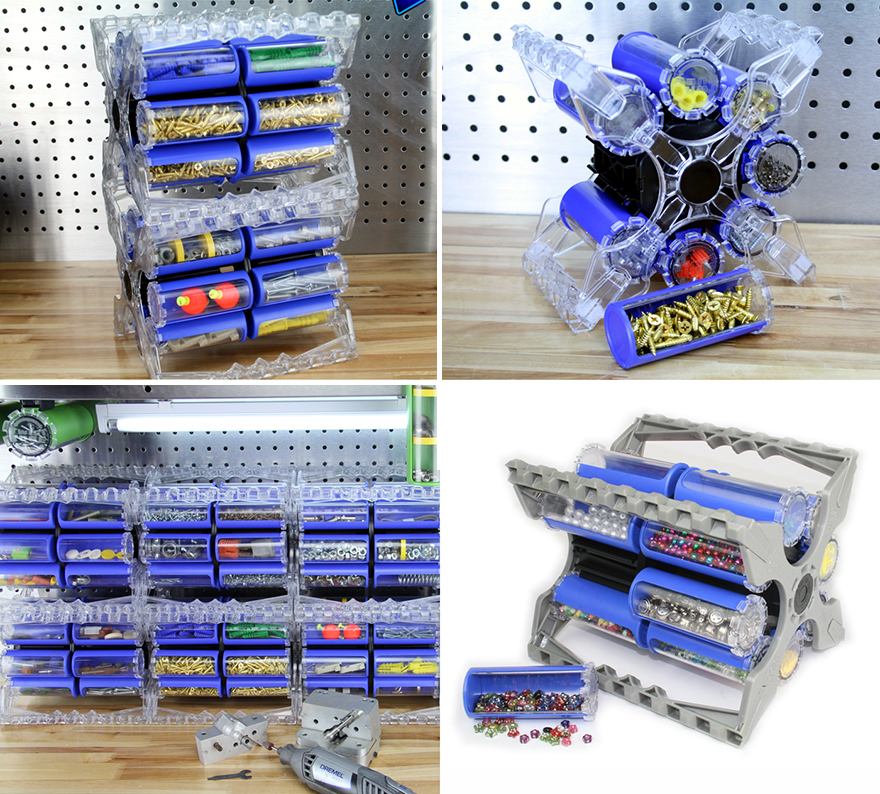 Bean has also designed a variety of holding mechanisms for the Tubes, addressing multiple needs: Permanently mounted, toteable, and hangable on-site. He appears to have funded most of the tooling himself, but has turned to Kickstarter for the final leg of the product's development. The funding target was a surprisingly low $7,500, which Bean easily cleared over this holiday weekend. Here's the pitch video:

While I'm somewhat iffy on cylindrical storage devices because they're not as space-efficient as rectilinear ones, I (and you) have another 30 days think on it and get in on the Kickstarter.