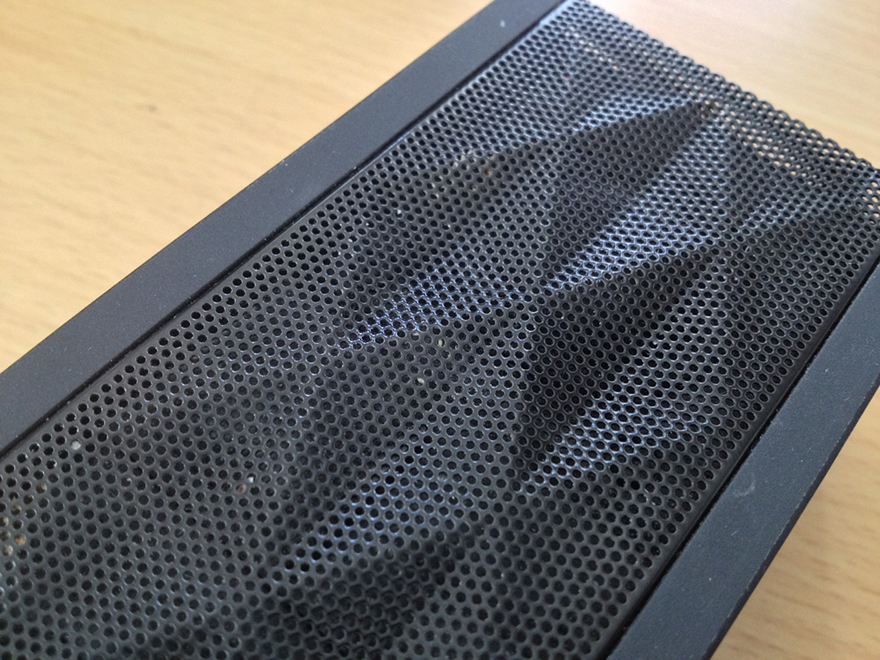 Yesterday I had to retire one of my well-used, much-appreciated, everyday objects and figured I'd give it a postmortem, covering what I liked and didn't like about this product design. It's the Jambox, the portable wireless Bluetooth speaker famously designed by Yves Béhar. 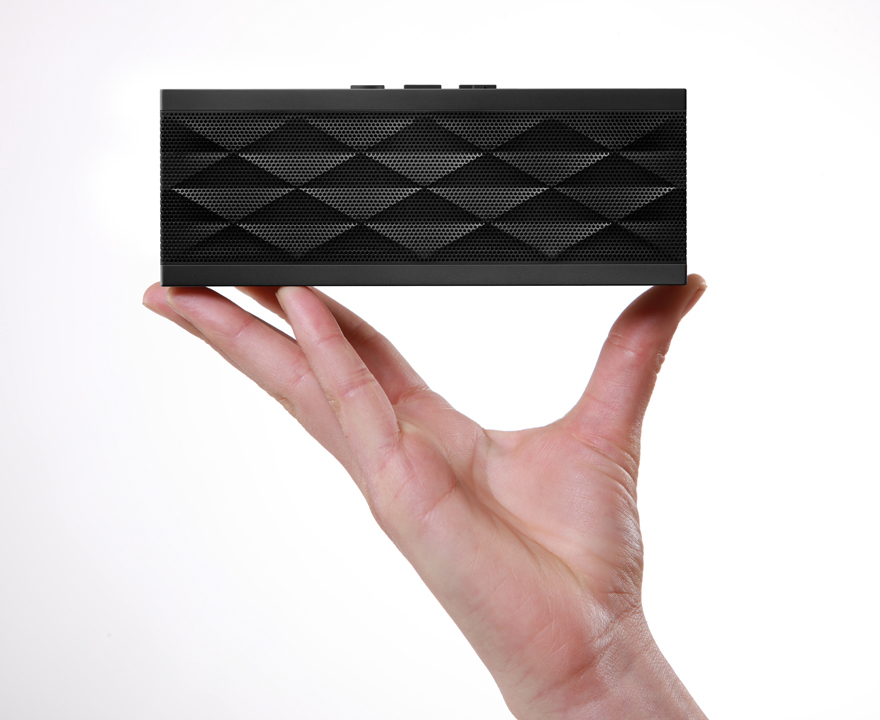 I used my Jambox virtually every single day from Dec. 22nd, 2012 to August 31st, 2014. That's over 20 months of daily use. It finally gave up the ghost on August 31st after sustaining damage in a fall (more details further down). 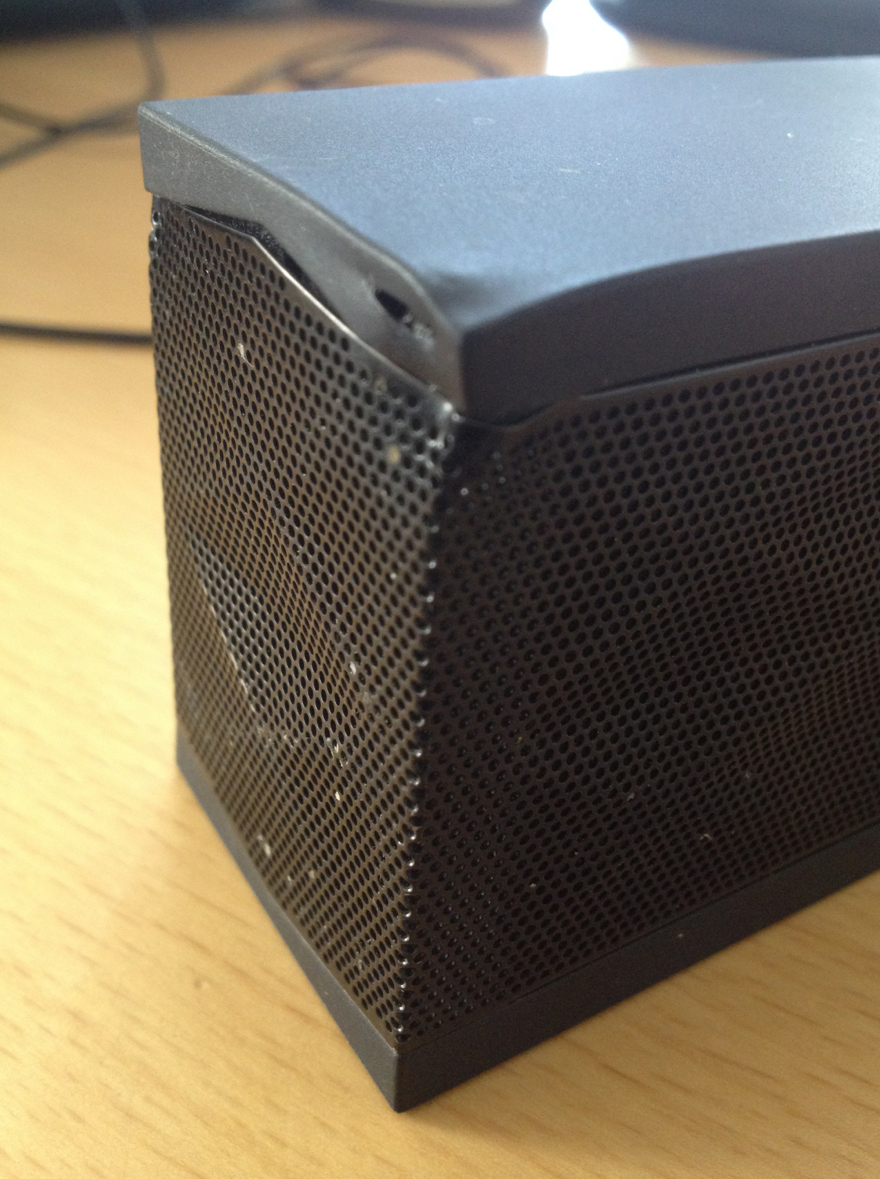 Because I used this object so frequently, I consider it as having improved the quality of my life. I've used it in every single room in my house and workplace to play music or podcasts while I go about the tedium of life and work: Doing dishes, folding laundry, sewing, working in the shop, sorting parts, fixing sewing machines, cleaning the house, cleaning the studio. I also place it in the bathroom every night when I shower so I can catch up on podcasts. To me the Jambox has been invaluable for breaking up tedium and allowing me to listen to podcasts anywhere, without the bother of headphones.

I travel with it too. On regular trips to a rental house in the country, I connect it to a projector and my laptop to play movies for the group of friends I go up there with.

I've only used it twice for its speakerphone capabilities and don't have any useful input there, beyond that it worked fine.What's good about it

- Super-convenient pairing: Turn it on, it finds your nearby phone and beeps, that's it.

- The small, lightweight shape (6 inches long, 1.5 inches deep and 2.25 inches tall, it weighs just 12 ounces) makes it easy to pack and carry around.

- It's easy to place anywhere, including on a shelf high up above your head. (A caveat: This is for bass-free audio only, i.e. podcasts. See "What's bad about it," below.)

- Despite being hard-edged and rectilinear, the shape feels good in your hand.

- The flat sides mean you can place it vertically when real estate is limited.

- The raised buttons make it easy to adjust the volume without looking at it. 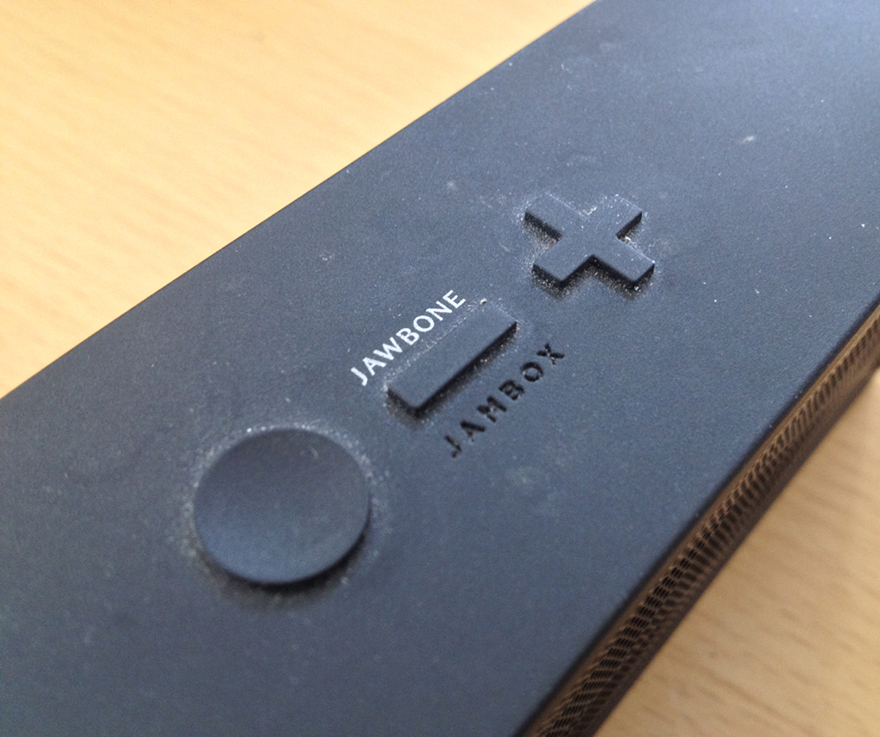 - It can be charged by either USB or the included power adapter. This is useful when you have USB ports to spare but no room on your power strip, or vice versa.

- Overall battery life seemed good; I'd estimate it lasted several days on a single charge, with usage of several hours each day.

- Seems reasonably robust in terms of withstanding environments: Though not designed as a shop radio or to be water-resistant, the Jambox survived regular exposure to sawdust in my shop and nightly shower steam humidity while sitting on a bathroom shelf.

What's bad about it

- The rubberized top and bottom surfaces readily, constantly attract dust. And the rubberized bottom is not grippy enough to prevent the device from moving, so it gives you the worst of both worlds. 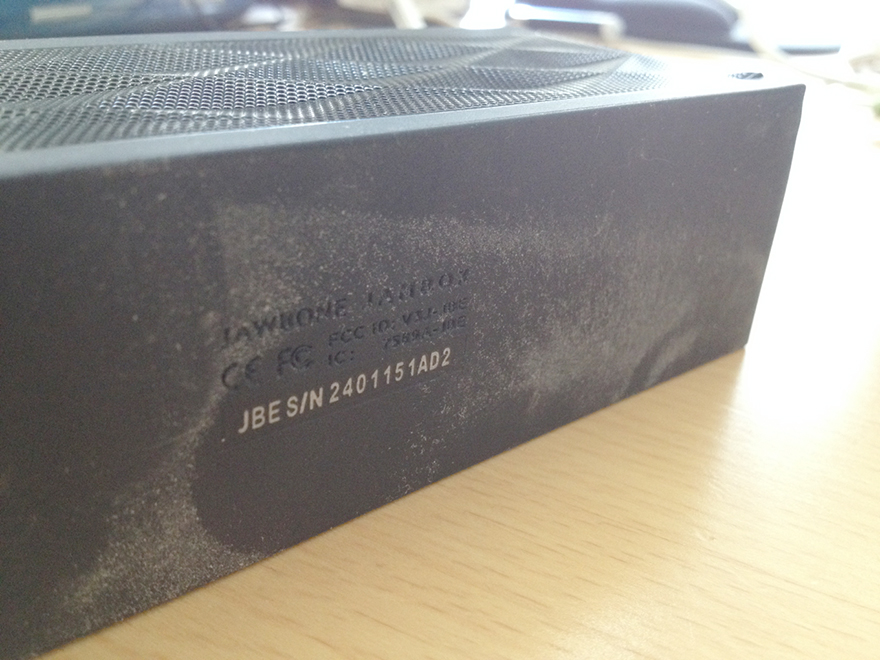 - For podcasts (i.e. voices talking, not music) played in open rooms, the sound did not carry well, particularly when there's ambient noise in the room: Fans, air conditioners, range hoods. In those instances the speaker must be placed close to where you are--I'd say a five-foot radius and pointed directly towards your head--in order to make out the voices clearly.

- There's no visual battery life indicator. There is a button you can press on top, and after a moment a pre-recorded voice announces remaining battery life in 25% increments, but I found this a bother to wait for. I'd rather look at it as I pull it out of a drawer and know when it needed to be charged. In reality it always seemed to run out of juice whilst I was in the middle of using it.

- Second most damning: Because of the nearly featureless, monolithic shape, it is not easy to tell at a glance which direction is the front. Because I am constantly transporting the Jambox around my environment and setting it down anew, I found constantly having to inspect it to figure out how to orient it to be irritating and tiresome over time.

- Most damning: The device suffers from the same problem as the original FoxL speaker on which the Jambox's guts are based: Both devices skitter across the table when outputting heavy bass. This was what did my Jambox in--while playing the bass-heavy soundtrack for an action movie I watched up at the cabin this holiday weekend, the Jambox pitched itself over the edge of the table it was sitting on. The resultant fall (see damage below) means the device will no longer sync and play; when I turn it on, it now emits static, beeping and chirping.

How would you improve this object?

- I'd definitely have some glaringly obvious visual or physical feature that lets you instantly know which side is the front.

- Most crucially, it needs anti-skid feet or some other way to preclude physically wandering while transmitting bass. Had it had these, I'd still be using it today.

Will you continue to use this object?

No. I will not buy it again, as I consider the Jambox's tendency to move under bass, coupled with its lightweight size, a fatal design flaw. The small size and light weight of the Jambox lends itself to being placed anywhere, including high-up shelves out of the way of what you're working on, but that's no good if the object is going to automatically move towards the edge and dive off of it.

After visiting a couple of shops, I've decided to replace it with the more expensive ($199) Bose SoundLink Mini, largely on the basis of the increased weight (nearly two pounds) and presumed stability. Will report on the differences after I've had a chance to break it in.