Editor: Where we left off, designer and entrepreneur Pat Calello had run into the headaches that can come with overseas manufacturers. Here he attempts to straighten things out with a deceptive production house—but this time he's got a secret ace up his sleeve!

In October 2003, I was contacted by the president of BRIO U.S., who expressed interest in taking on Automoblox as the sole North America distributor. Within a few weeks, we put together a distribution deal for 2004. There was also some talk of taking over the manufacturing of the line, and we discussed possible terms. But I wasn't willing to let Automoblox out of my control at this point; I still wanted to achieve my dream of being a manufacturer. 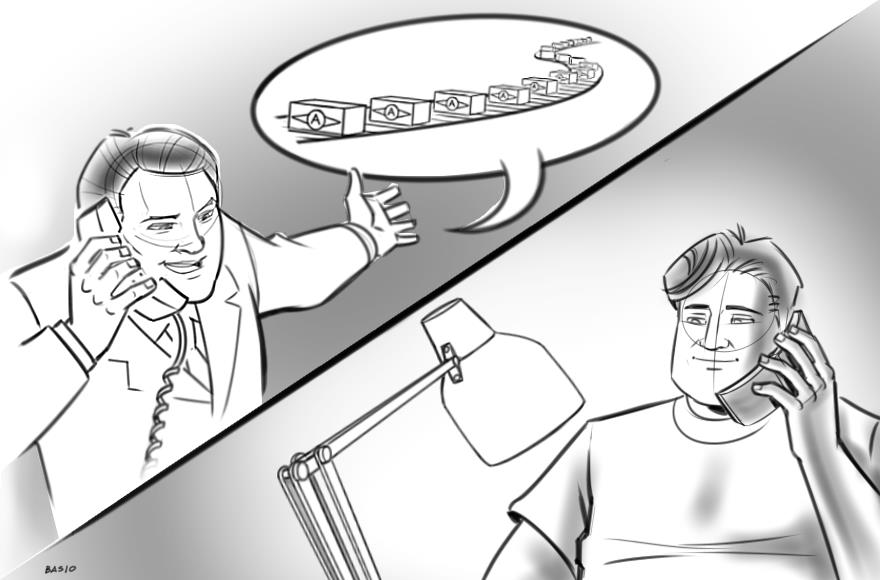 To my delight, BRIO issued a purchase order for 10,000 pieces! With the order came a Letter of Credit with an estimated ship date and an expiration date. (This means that if the Letter of Credit expires and Automoblox doesn't deliver, the sale is invalidated.) This order put Swift Tread under fire to resolve the tooling issues in order to meet the delivery date for my first customer. BRIO also talked about annual forecasts in the 60,000-100,000 piece range. At this juncture, and at the height of my anxiety, I felt it was necessary for me to leave my position at Colgate; a week later I was on a plane to China.

During my farewell rounds at Colgate, I stopped to say goodbye to a colleague Yvonne Hsu. Yvonne has the kind of energy that inspires commitment from her team, and she and I worked together under crazy deadlines. I shared with her my plans for Automoblox, and she expressed her support and encouragement. Although ideas for Automoblox had been playing non-stop in my mind, my friends and colleagues at Colgate (for obvious career-related reasons) were unaware of my personal project. Yvonne told me that her dad, who was in the manufacturing business, might be able to help me, and she suggested I give him a call. She warned me that I needed to be prepared to talk specifics, because Henry "isn't the chatty type." Her warning sufficiently scared me enough to put off calling him right away, but by February, I mustered up the courage to call for some advice.

Henry, born in Hong Kong, agreed to meet me for lunch in New York. I showed him my product, and shared with him the trouble I had been experiencing with Swift Tread. The pre-production samples functioned to some degree, but still not correctly. I told him about my upcoming trip to China to work with Swift Tread on final tool modifications and check out some new factories. To my surprise, he offered to accompany me on the trip! I explained that I was not in a position to pay him for his assistance, but he told me not to worry about it, and we agreed that I'd cover his airfare. His offer was one I could not turn down. 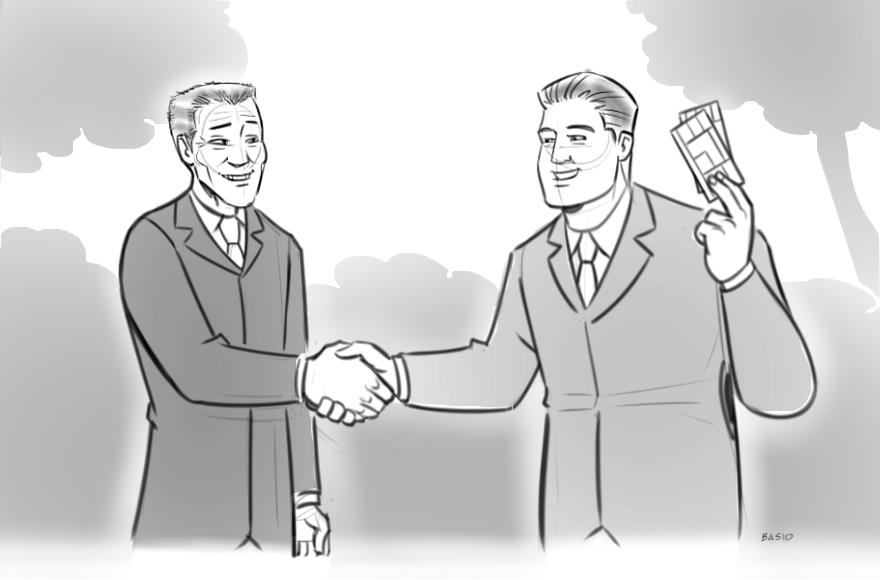 I set off again for Hong Kong where I would meet Lenny from Swift Tread and travel to South China to review the tool modifications, and then return later in the week to check on their progress. I found it more than a little odd that that impressive plastics factory I originally toured with Lenny was not on our itinerary. Instead, I ended up reviewing parts in a cramped, low-tech factory owned by the Ling Brothers. In the US we call this "bait and switch," and when I questioned Lenny on the change, he explained that this alternate factory offered better pricing. Strange, of course—my price didn't go down.

I also planned a side trip with Henry, unbeknownst to Swift Tread, to check out some new factories in northern China. Our host for one of these visits was a young woman in her early twenties, who spoke very little English. She, along with a young man and driver—neither of whom spoke any English—met Henry and me in Ningbo to begin the trip. I began to get suspicious of the relationship between our hosts and the factory when several phone calls were placed during the drive to the factory, requesting directions. I was led to believe that they owned the factory, but they were actually brokers paid by factory owners to lure American business people to their facilities. Having Henry with me was invaluable since he understood everything they said and could monitor their conversations. After three long hours crammed in a Volkswagen Passat with little to talk about, the five of us pulled up to what appeared to be a relatively impressive factory. Well, it was large, if not impressive. 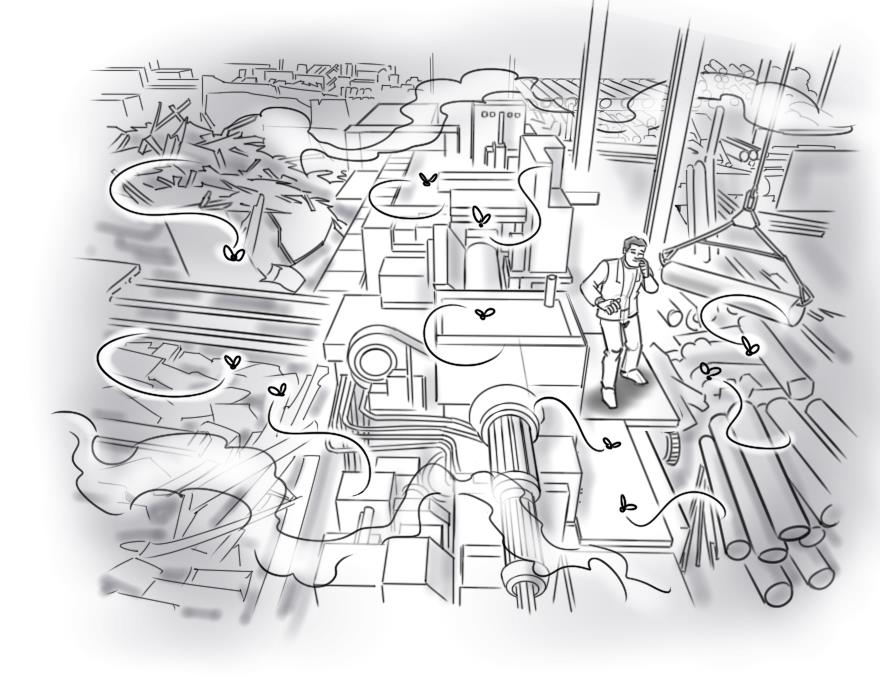 Once inside, the stench of toxic fumes coming from the painting and staining rooms was difficult to stomach. Not a single person wore a protective mask. As we moved through the factory, I asked to see the shop where they formed the wood, which turned out to be a treacherous walk through construction rubble. Only a portion of the shop had a roof; it had no walls. The shop tools were ancient, the lighting was dim, and the work place was littered with scrap and garbage. I snapped a few photos because I could not believe my eyes. I told Henry to tell our hosts I'd seen enough. I wasn't looking forward to a three-hour return trip with these people, and, to add insult to injury, was bullied into a two-hour dinner with them before we even hit the road.

The next day we were greeted by a friend of Henry's. Jason worked for Gemmer Technology, the company that Henry had worked with for nearly 20 years. After touring Gemmer's new, and very modern, factory we talked about my project in detail. Actually, I talked and Henry translated, since no one at Gemmer spoke English. Gemmer's organizational structure very much appealed to me. Rather than the agent relationship, with the assortment of middle-men and "partnerships" I had experienced with Swift Tread, I would work directly with Gemmer, which houses the molder and toolmaker within their four walls. To me, this seemed less risky and meant a lower margin for error.

We traveled back to South China to review the modifications that Swift Tread had made on the current tools. My hope was they would finally achieve the desired functionality to get us through the next several months. This time, I was taking Henry back to the factory with me—two sets of eyes and ears would be better than one—especially when one set speaks the language. Mr. Ling*, one of the partners from the injection molding factory, picked up Henry and me at our hotel. Henry was quick to inform Mr. Ling that he did not speak Cantonese, the local language. This deception positioned Henry as a spy for me, pretending to not understand the conversations between my agent, Lenny, the molder, Mr. Ling, and the tool maker. After a short while, Henry pulled me aside and advised me to get my business out of Swift Tread as swiftly as possible. He overheard the toolmaker tell Mr. Ling that there was nothing else he could do to adjust the mold. Henry also learned that my agent, Vinnie—who was supposed to have my interests at heart—was really protecting the interests of the molder. 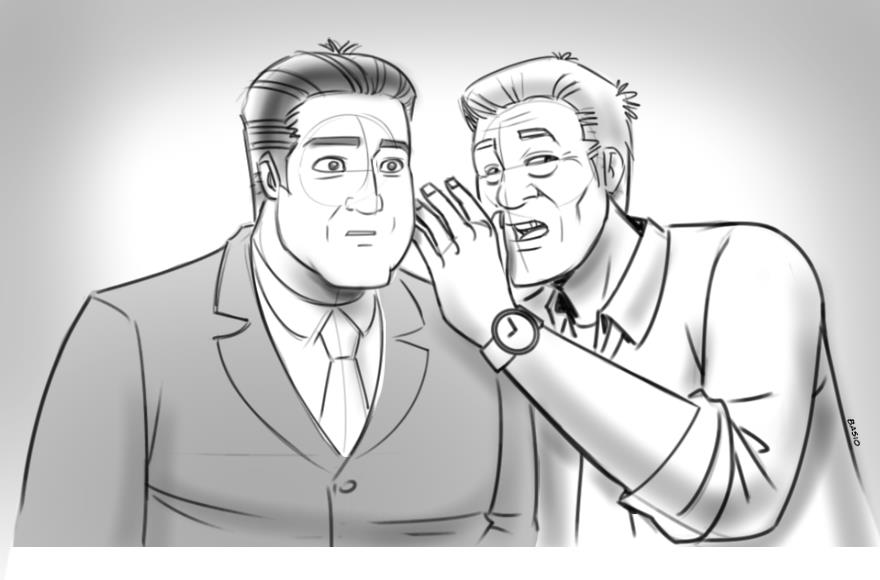 I took detailed photographs of the tools, gave Swift Tread the go-ahead to correct the tooling, and we left. In light of what Henry told me, it seemed doubtful Swift Tread would ever produce the parts correctly. Still, I hoped and prayed for a miracle as they went back to adjust the mold. The sad truth was that I was too far down this road with these guys, and any move to a new supplier would have to wait until 2005.