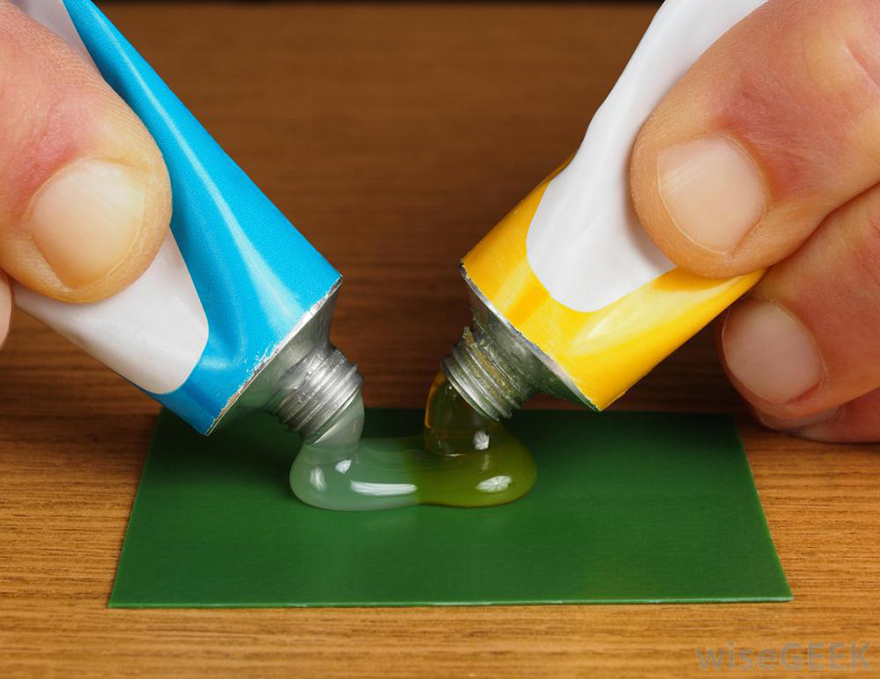 For those of you about to enter Industrial Design programs, you'll find epoxy resins are a staple studio adhesive. They're part of the class of super adhesives called structural or engineering adhesives, being a vital part of aircraft construction or on the smaller-scale, furniture design (see the wood fossil table below, made by Studio Nucleo), or even used in root canals, to bind the gutta-percha to the tooth. 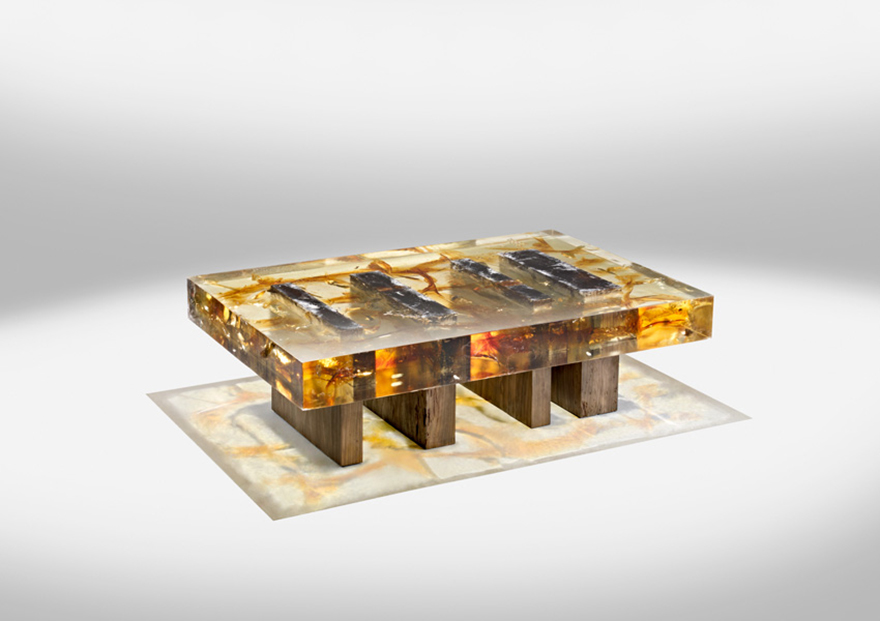 Epoxy resins react with what are called polyfunctional amines, acids as well as phenols and alcohols - all commonly known as hardeners or curatives. Once mixed such epoxies transform from a liquid to a solid and become very strong, withstand high temperatures and have high chemical resistance. They are called thermosetting resins, because they cure by internally generating heat.

The important thing to note when one is mixing epoxy resins is the epoxide number which represents the amount of epoxide in 1 kg of resin. This number is used to measure how much hardener you'll need to cure the epoxy. However, the mix ratio can vary by as much as 10 times, from 10:1 to 1:1. Some epoxy resin / hardener combos will cure at room temperature but most need a lot of heat, from 150° C and up to 200° C. If the resin is not heated properly the material will lose its super adhesive properties. 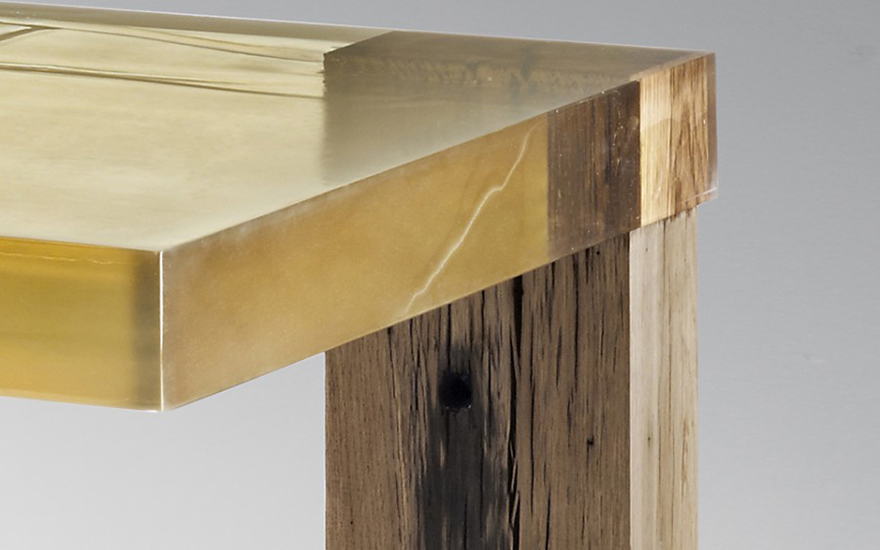 Epoxies bond in three specific ways. The first is mechanical, meaning the bonding surfaces require some sanding or need to be rough in order to adhere to each other. The second is by proximity - cured resins stick because they are so close to the bonding surfaces that they are nearly impossible to separate. And the third is through ionic bonds formed at the atomic level with bonding surfaces. The last bond is the strongest by far.

Epoxy resins might be best known for the adhesion properties but they are also excellent at protecting metal, wood, steel, concrete, glass, and some plastics with an amazingly hard coating. Epoxies are also uses to produce molds, models, castings and fixtures. While powder coatings are great for preventing rust in materials that might be submerged in water they are not used to coat boats, epoxies break down under UV light. If you are planning to use an epoxy outside it is important to cover them with polyurethane or a varnish.

One thing to keep in mind when considering using a polyester resin instead of the more expensive epoxy resins is that you get what you pay for. Polyester resins are not nearly as strong as epoxies and require a reinforcing material (e.g., glass or carbon fiber.) They are much more brittle and are not as adhesive as epoxies. However, they cure fast, requiring only 6-8 hours versus the 5-7 days often needed to harden epoxy resins.

Finally, here are some common problems when making your epoxy resin. As well as their possible causes, and solutions:

1) You find that the resin is very sticky and gooey.

This is probably a mixing error. It may be that the ratio (of resin to hardener) was incorrect or the two materials were not sufficiently mixed.

This is a tough one to fix. You need to remove all uncured material from the surface. Sanding might help to completely remove it, but only after you've scraped most of the gooey substance off. Chemical solvents won't really work. You need the right tool and elbow grease. Once you have as much as possible removed, wipe the surface with acetone.

2) The resin is mostly hard, but has some soft spots throughout.

Again the issue here is most likely improper mixing. Unfortunately epoxy resins need extreme precision with measurement of proportions. Here it is either because the ratio is not exact, or it was not sufficiently mixed. Again, you'll need to remove the resin, wipe with acetone and re-apply.

3) There are air bubbles in the cured resin.

During the mixing process it's common to capture some air. But it's important to remove any air before the mix cures. To remove air bubbles prick them with a sharp pointed object, like a toothpick, safety pin or paper clip. If you have small clusters of air, those can be removed with a hair dryer or heat gun passed over the mixture.