If I were to ask you to sketch a car you'd bring to the Burning Man grounds, it's probably right to assume that it would be one of three things: 1) seemingly impossible to create in the time you've got before the next festival, 2) made of some sort of metal or other steampunk material, and/or 3) have some capacity to spit flames from some surface. But before we get into that, quick throwback: You might remember that time we covered Unknown Fields Division's solar bus prep for the big event (which resulted in this photo gallery) or our breakdown of the mobile Spanish galleon design from the 2002 festival. If you were into that, you're going to love this. 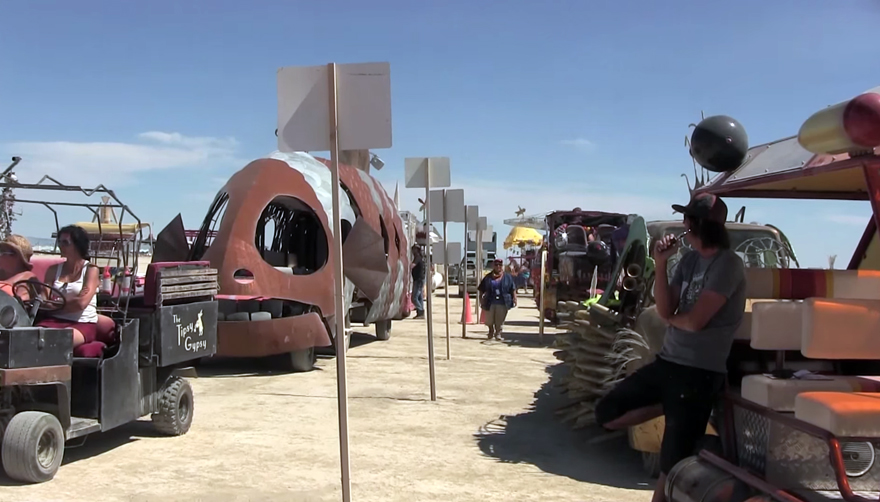 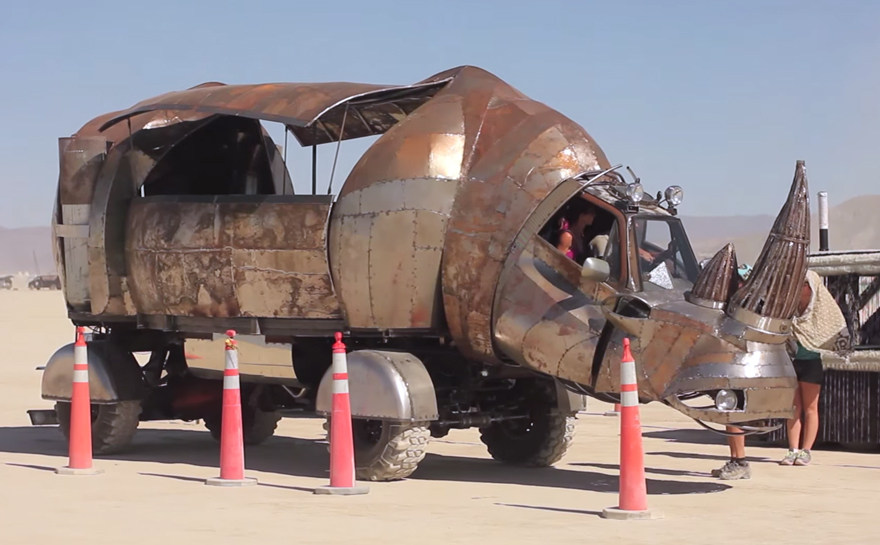 While perusing the articles, street style shots and videos of the 2014 event, I fell upon one that caught my eye right away. Among the installations and themed artwork temporarily lives the DMV—Department of Mutant Vehicles, or the people responsible for approving any of the "art cars" designed by attendees. Thankfully, someone documented this year's DMV, offering a nice look at some of Burning Man's mobile masterpieces:

Given the very obvious attempt to include as many bells and whistles as possible, it makes sense that these signs are staked throughout the car queue: 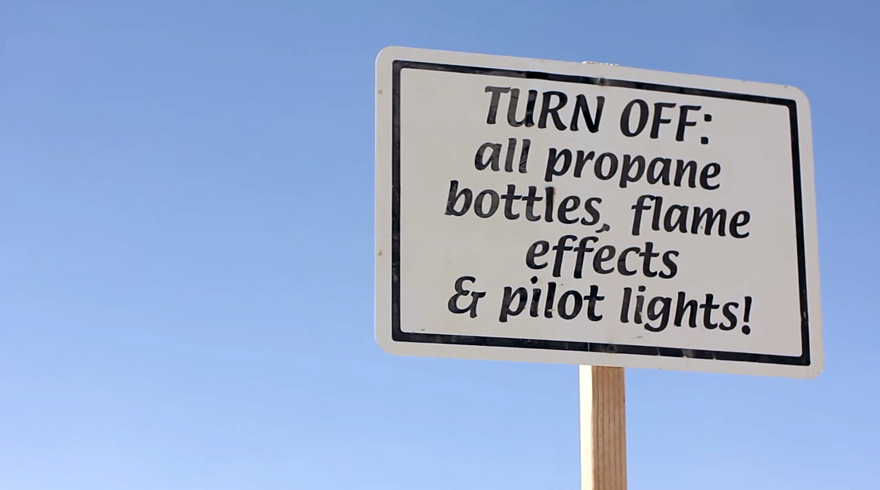 The clean-up is so well-articulated that a week later you'd never guess that some 60,000 people made the pilgrimmage to that remote area. But despite their expert clean-up, there are still bits and pieces of Burning Man floating around the web, aside from rad mutant car videos—namely in the form of one of the Internet's best time-killing guilty pleasure reads. Major props to NY Mag for pulling together the best of the Burning Man Missed Connections on Craigslist. 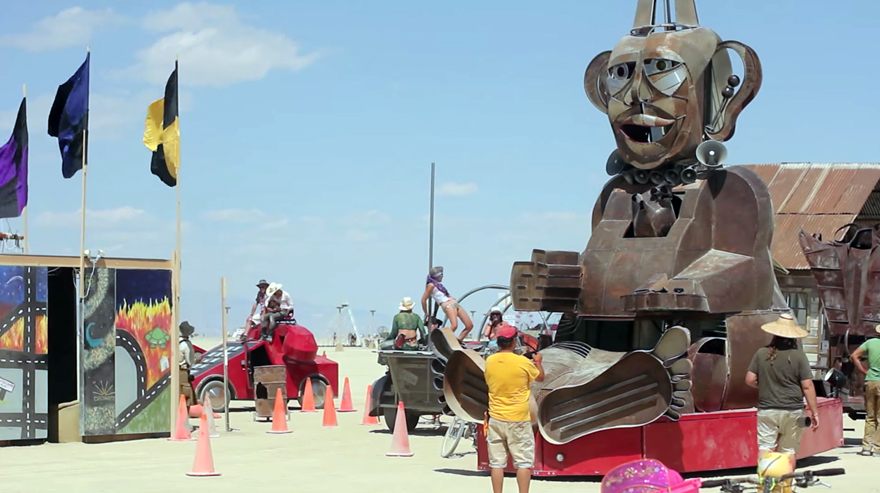 Have any Burning Man memories of your own? Share them in the comments.