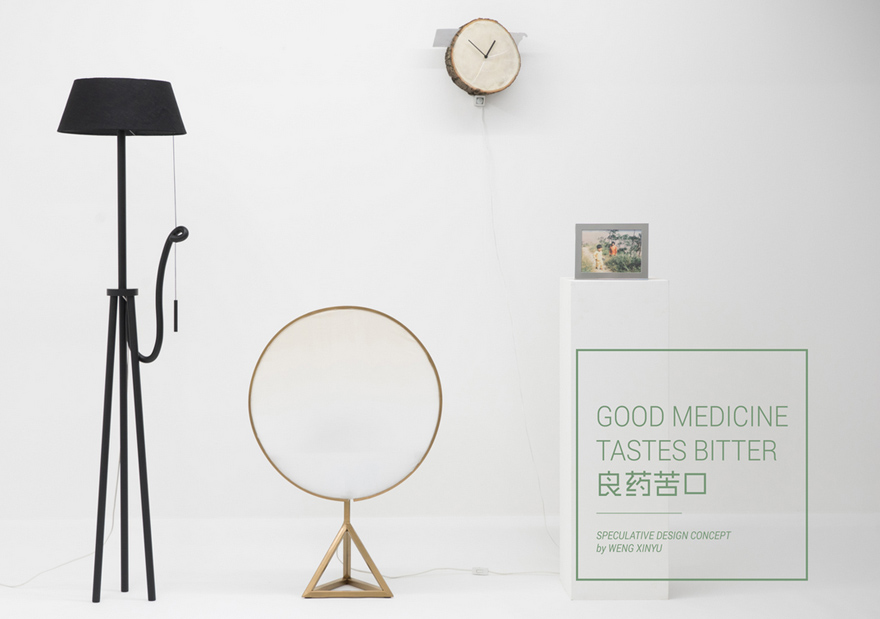 If you were a fan of KK Studio's Uncomfortable Series—you know, the one where the took everyday products and made them impossible to use with irritating design bugs features—this will also be right up your alley. Weng Xinyu has devised "Good Medicine Tastes Bitter," a speculative series of four familiar household objects that quite literally have their own agenda.

This lamp's name says it all: "Angry Lamp - The Lamp That Turns Off If It's Not Needed." If it senses that another lamp is already on or if it's too bright in a room, it'll turn itself off by pulling down on its own chain with an arm-like extension. If you somehow manage to leave the room without remembering to turn it off yourself, it'll shut itself down. 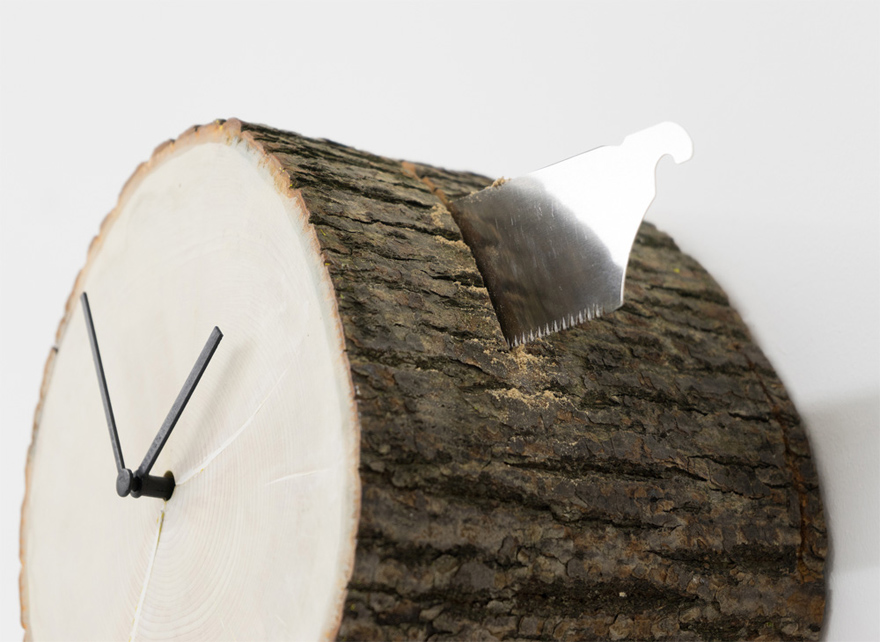 The "Time Killer - The Clock That Tries to Kill Itself" is probably my favorite of the bunch. Morbid though it may sound, it comes off as almost cartoon-y in its function: When there's no one in the area, the clock's saw sinks into the wood and starts sawing. Once someone comes in to the room, it stops. Weng says that, "as the blade sinks deeper and deeper with time, the passage of time now becomes a vivid scenario which lead us to endless contemplation," but I'd liken it more to something that Wile E. Coyote would attempt.

Of all the pieces, "Tangible Memory – The Poetic Photo Frame That Arouses Love in Heart" seems to be the most feasible and interactive. The longer the frame is left untouched, the cloudier the image becomes—resulting in a blurred memory waiting to be remembered. To clear up the picture, the user simply needs to touch the frame for the image to show up again. 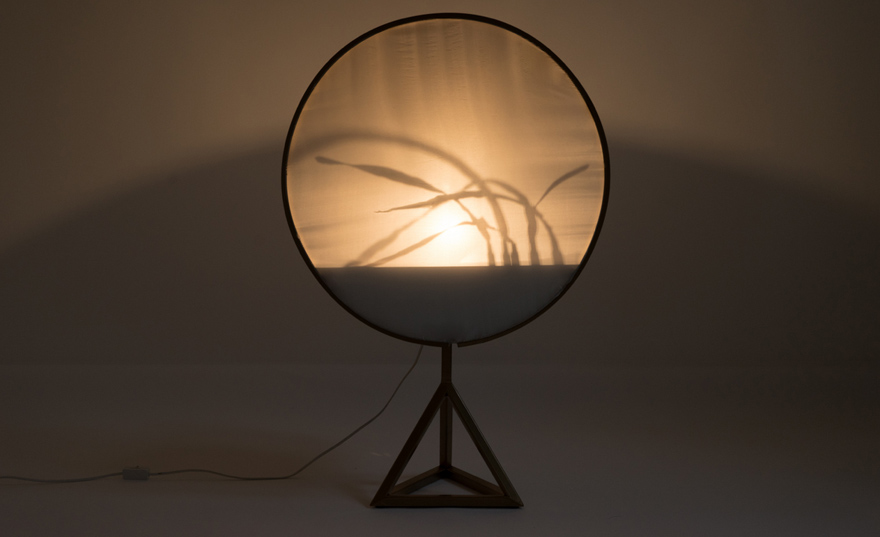 "Shadow Play - The Lamp That Turns Light and Shadow into a Shadow Puppet Theater" puts on a show of sorts instead of just providing a beacon of light for the user. It reminds me more of a parents' attempt to get their children to sleep—you know, like a bigger, more fun version of one of those visual sleep aids.

In a sense, these are the housewares equivalent of rebellious toddlers—functioning as they should when you're in the area and doing just the opposite once you walk away. That, or energy-saving appliances. (For fun's sake, I'll take the former.) If the photos aren't enough for you, here's a video catching the restless designs in the act: