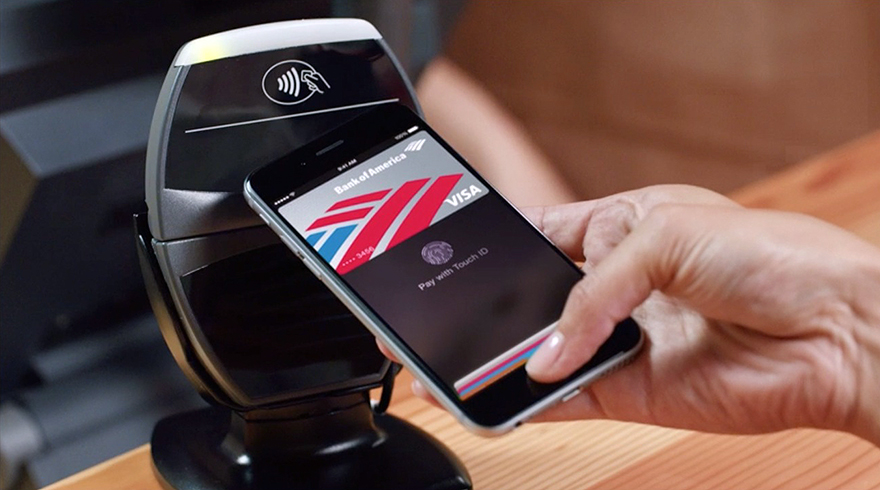 Watching yesterday's Apple Live event, I oohed and aahed over the shots of the iPhone 6 with the rest of you, and when my screen turned black at the end of the Apple Watch teaser, I caught a glimpse of my reflection in the monitor and saw my mouth was hanging open. But to this design lover, it wasn't any of the beauty shots, but the pull-quote below that I thought was the most significant takeaway from the entire presentation.

CEO Tim Cook was pacing the stage, rattling off facts: The credit card is fifty years old, it's no longer convenient nor secure, people have been attempting to replace them with digital wallets...

It's because most people that've worked on this have started by focusing on creating a business model that was centered around their self interest, instead of focusing on the user experience.

We love this kind of problem. This is exactly what Apple does best.

Cook proceeded to unveil Apple Pay, the NFC-based one-touch payment process that the new iPhones and the Apple Watch will all be able to perform.

I say that quote is significant because Cook essentially laid out Apple's key competitive advantage, the business secret that does not need to be secret because none of their competitors seem to be able to get those five words right. "Focus on the user experience" was drilled into our heads from the time we were teenaged Industrial Design sophomores, yet after graduating we spend our twenties working for companies that placed it far down on the list of priorities. As designers we were beholden to Engineering, or Marketing, or Sales, or told that we had to compromise on X or Y if we wanted to meet the budget, or hitched to simply inescapable deadlines that had to be met at the risk of our jobs.

It all seemed so obvious to us, if you make that part out of plastic rather than metal it will break, or that button shouldn't be there or it is accidentally going to get pressed every other time, or the parting line here is going to bite into the user's hand, and you quickly discover that nobody cares. Your boss, also an industrial designer, used to care but no longer does because the system beat it out of him. And you realize that by your thirties you're not going to care either.

So to see Apple, a tremendously wealthy and powerful company, one of the best that America has to offer, to see them willing to bring all of their resources and firepower to bear to solve problems in a user-experience-first way, is heartening and envy-inducing. Even among companies that understand the five-word mantra, few have the will to stick to it in the face of adversity, of manufacturing difficulties, of shareholders clamoring for deadlines.

On stage Cook appeared boyishly excited, almost giddy, and after showing the Apple Pay demo his statements were less than five words: "That's it! ...That's it!"

He showed the two-second clip again. "It is so cool!"