What we have here is a sleek and squint-worthy concept project. Award-winning Artist-slash-Industrial Designer Philippe Starck recently partnered with the bike company Moustache to design a series of electric bikes. Not content to stop after attaching fur to a battery-powered snow bike, Starck struck out to reimagine the humble helmet too. Teaming up with bike accessory giant Giro, who have been in the game for a few decades, the result is the elegantly named "The Giro by S+ARCKBIKE Helmet Concept." It's an intentionally layered, architectural-feeling take on one of the least sexy parts of riding a bike. 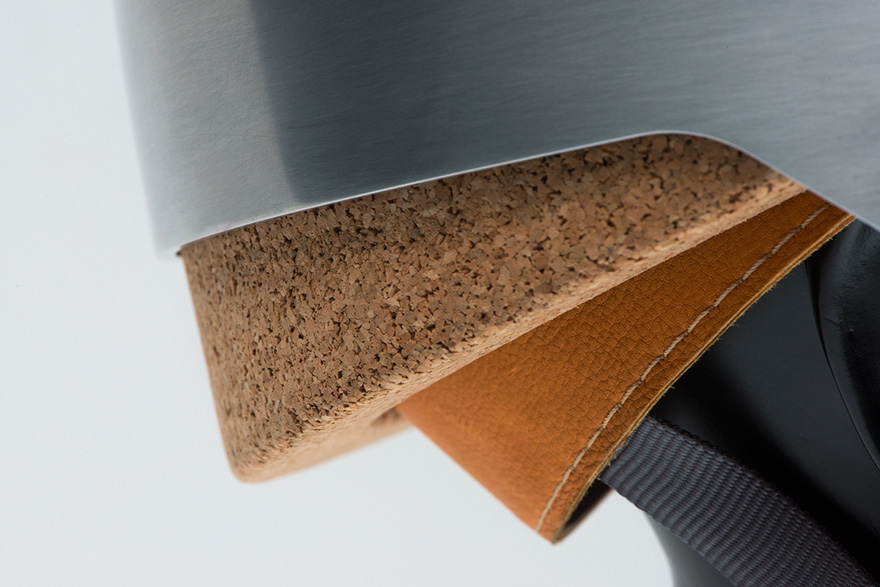 The helmet was designed with the positive social and environmental impacts of cycling in mind. Its features include a thin aluminum outer skin, a cork body, aluminum and leather harness system. The materials chosen reflect Starck's interest in both "new ergonomics" and renewable resources. They tout the unusual use of "sophisticated, unconventional" cork as a good choice for its anti-microbial and water-resistant properties (properties not shared by the leather components), and the fact that it's a green resource. (For a peek into the [relatively] green production of cork check out our photo gallery or this video on Portuguese production.) Also, cork theoretically has good "impact energy management"—y'know, the entire point of wearing a helmet. 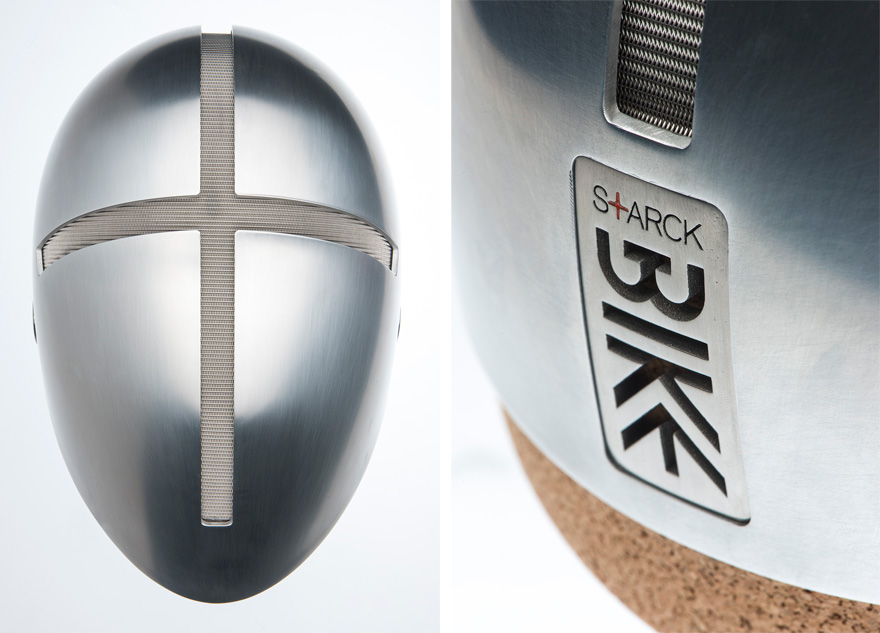 The stylized vents look trim, and the mesh would certainly cut down on bee-in-bonnet accidents. But along with the retractable face shield (?!), I have to wonder how well they would perform in action. The sleek, oddly oblong aluminum shell is also recyclable when it comes time to get a new one. Hopefully it becomes worth recycling without requiring you to recycle much of your own body and brain. The goal of integrating underutilized, environmentally minded materials into accessory design is a good one... as long as they work. And hopefully it does: according to statements from Giro, the helmet is "likely" to be produced for sale, price TBA.

Would you buy one? Call me a philistine, but all I can see is the upper-body accompaniment to the Ora Ito/Nike Eames feet: