Chance to Own a Piece of ID History: Brooks-Stevens-designed 1941 Ford Western Flyer Goes Up on the Block 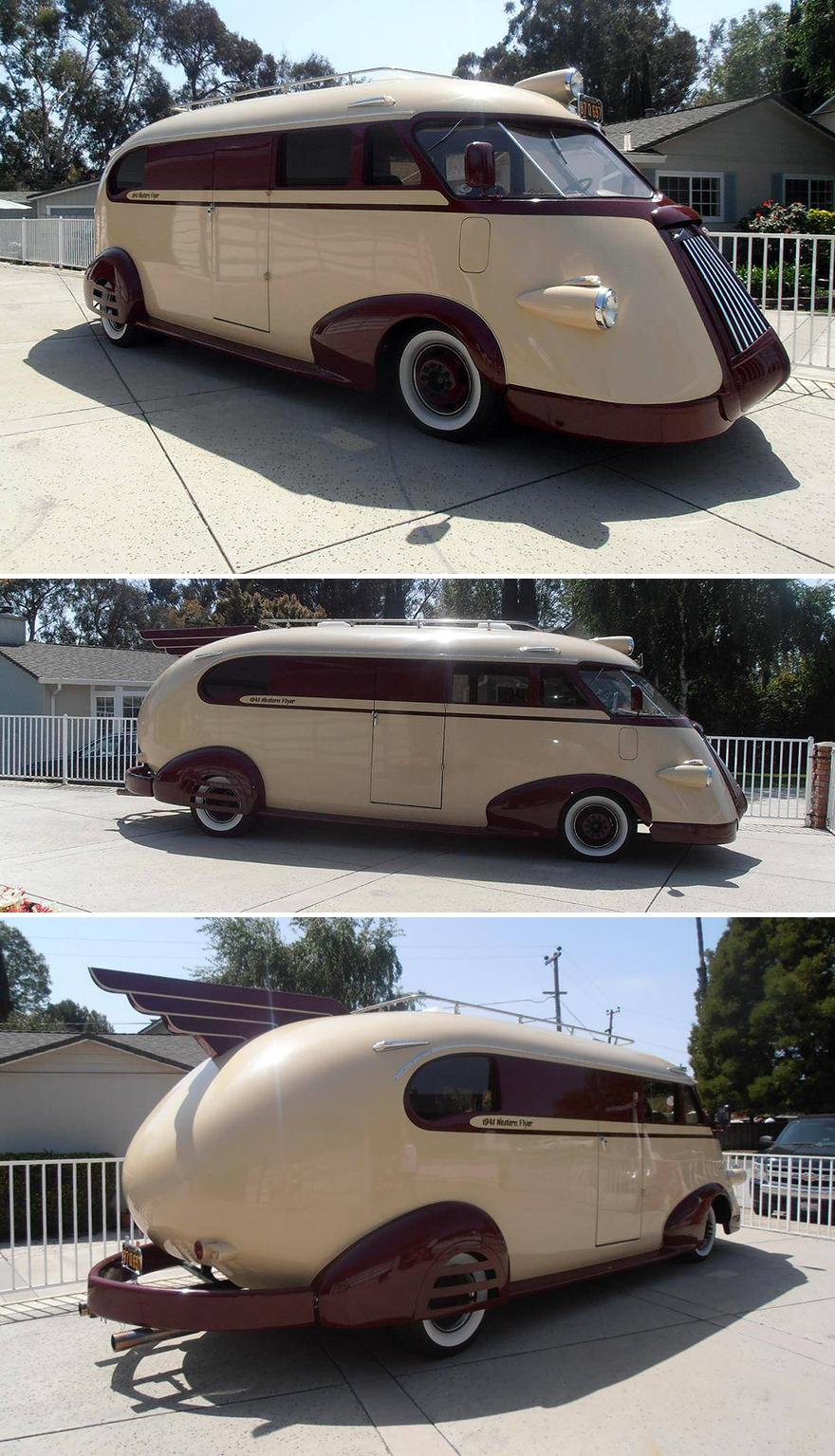 Brooks Stevens was a Raymond-Loewy-level industrial designer, and in fact, formed the IDSA in conjunction with Loewy and a group of other ID'ers. And while his name never seemed to achieve the recognition of Loewy's, he had a career every bit as colorful and influential. Upon his death in 1995, The New York Times called him a "giant in industrial design" and revealed that back in the 1940s, he nailed a certain appliance's form factor that still exists today:

One of his early successes was with a prototype clothes dryer, which had been developed by Hamilton Industries in Two Rivers, Wis. At the time, the only way to dry clothes was to hang them on a line.

Hamilton's engineers had developed a metal box with an electrically powered rotating drum inside and equipment for gas heating. The device was featureless except for an on/off switch.

"You can't sell this thing," Mr. Stevens recalled telling the developers. "It's just a sheet metal box." Mr. Stevens suggested putting a glass panel in the front and loading it with the most brightly colored boxer shorts the manufacturer could find for demonstrations in department stores. That is what happened, and modern clothes dryers still follow the same basic layout.

A year earlier Stevens had designed a very different vehicle: These sweet Skytop Lounge passenger railcars produced by Pullman-Standard in 1948, and used to run the route from Chicago to the Twin Cities. The Skytop Lounges remained in service until 1970. 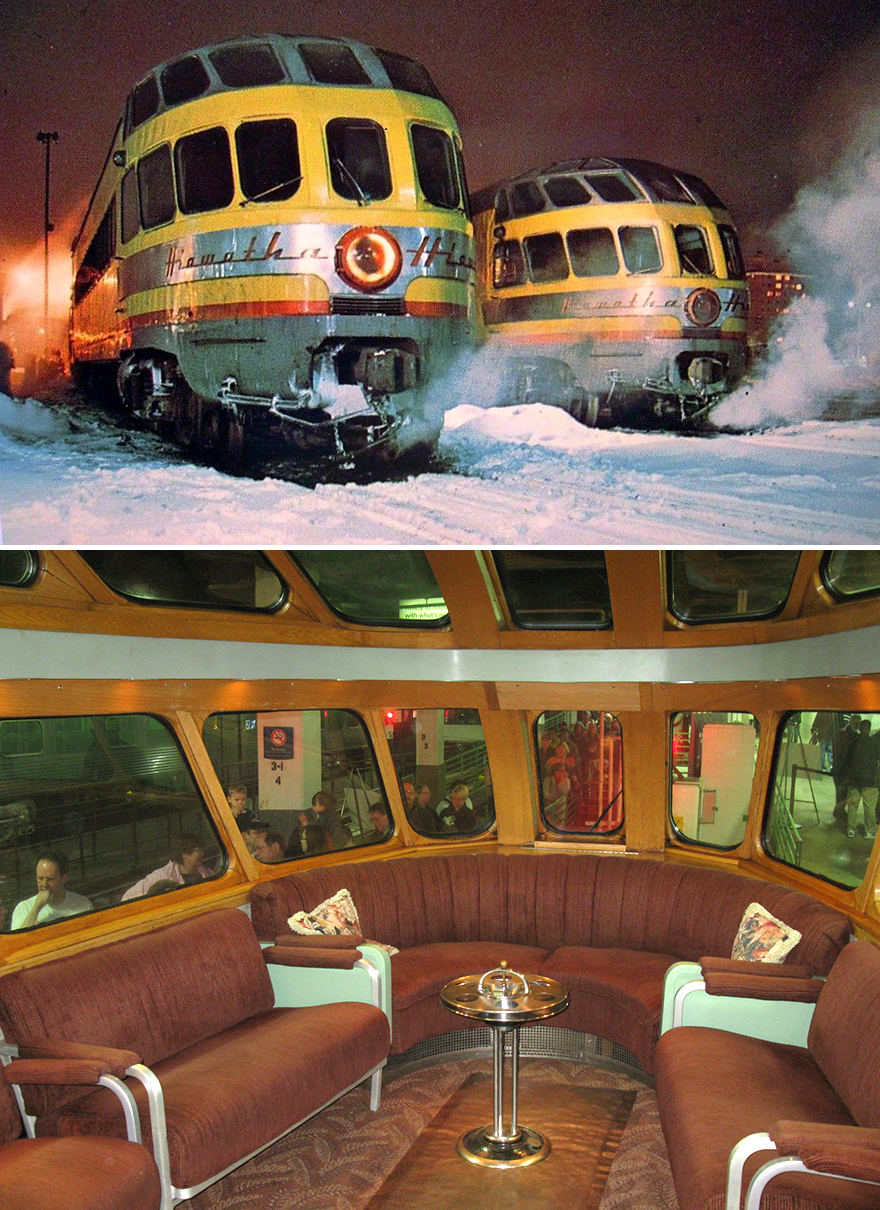 But we must go back even further in time, to the early '40s, to see a Stevens-designed vehicle that is in the modern-day news. In 1941 Stevens apparently designed three custom Ford Western Flyers for S.C. Johnson. What happened to two of them isn't known, but four years ago the famed hotrod customizer Howdy Ledbetter came across the third and purchased it--in rough shape. "I had a good front half and a good back half.... They were kinda all together, but all rotted out," he told Hemmings Daily. But under Ledbetter's careful hands, seven months later the vehicle looked like this: 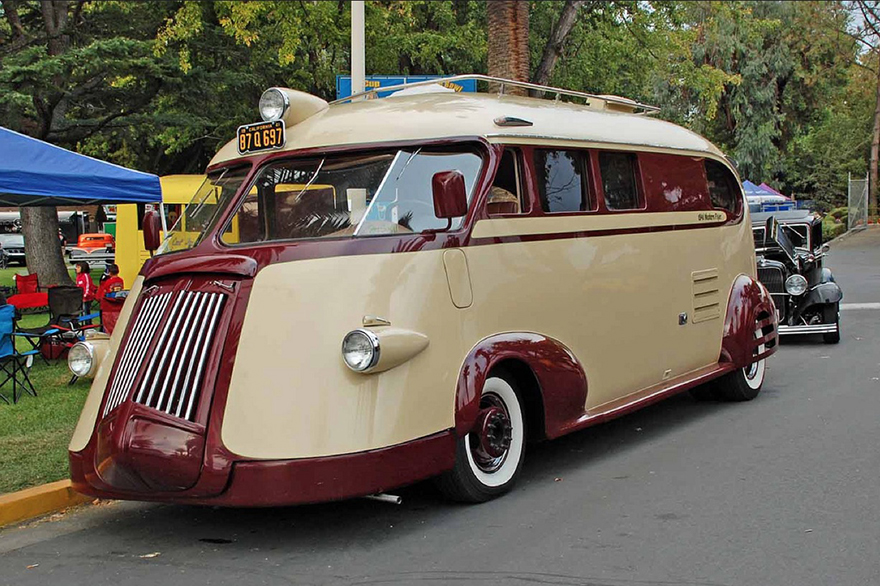 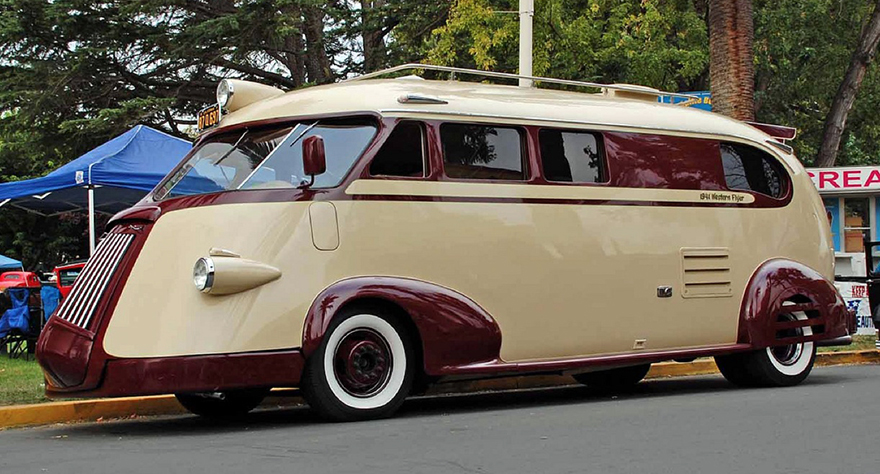 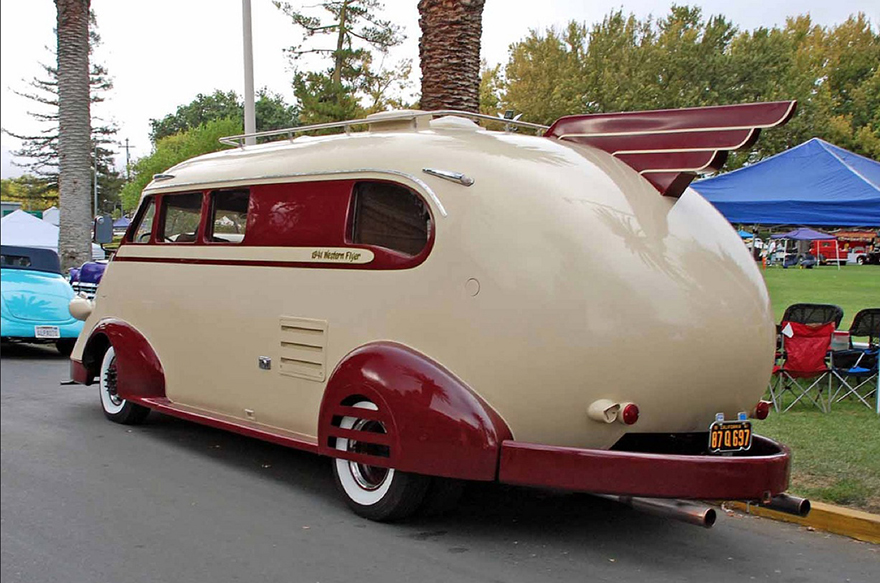 Ledbetter added his own touches, of course, like a Ford grille and a Buick headlamp up above the windshield. And the reason it's in the news now is because Ledbetter is selling it through Hemmings, out of Linden, California.

If you want it, you've only got two obstacles: 1) The $150,000 asking price, and 2) the fact that you're going to have to race Michael DiTullo over there.

Chance to Own a Piece of ID History: Brooks-Stevens-designed 1941 Ford Western Flyer Goes Up on the Block