Editor: This design school story comes to us from Eddie L., who along with two fellow ID students had an eight-week assignment to design a commuter bike. The project started off with a bang....

Crashing your bike at night totally sucks. It sucks a little more when your laptop flies out of your bag during the crash and smashes into the pavement. And it sucks the most when that laptop turns out to be so badly damaged that the data on the hard drive is unrecoverable, and what was on the hard drive are the only existing CAD files for a project that you and two of your fellow design students have been slaving over. 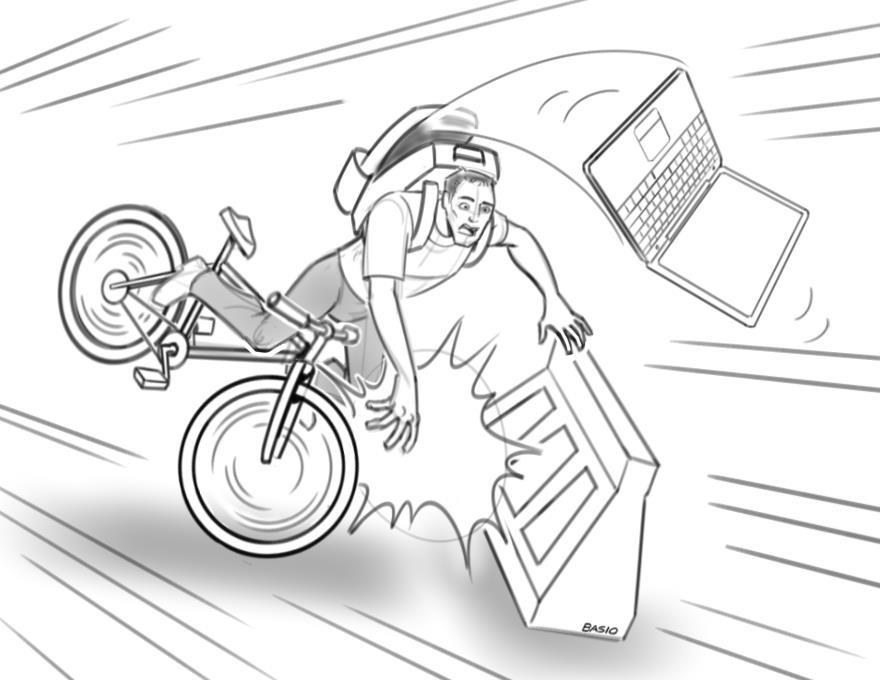 Ironically we were designing a bike, so in that one calamitous moment both a real-world bicycle and the designs for what was supposed to be a sweet future bicycle both got trashed.

Me and two other ID students, Luke and Eric, had been tasked with redesigning a commuter bike, and essentially had eight weeks to go from heavy research to a full-scale model of the design. (Thankfully the assignment called for an aesthetic, not ride-able, model.) The crash put us behind, and the three of us spent some sleepless nights catching up by creating three entirely new Solidworks rebuilds of the CAD file. 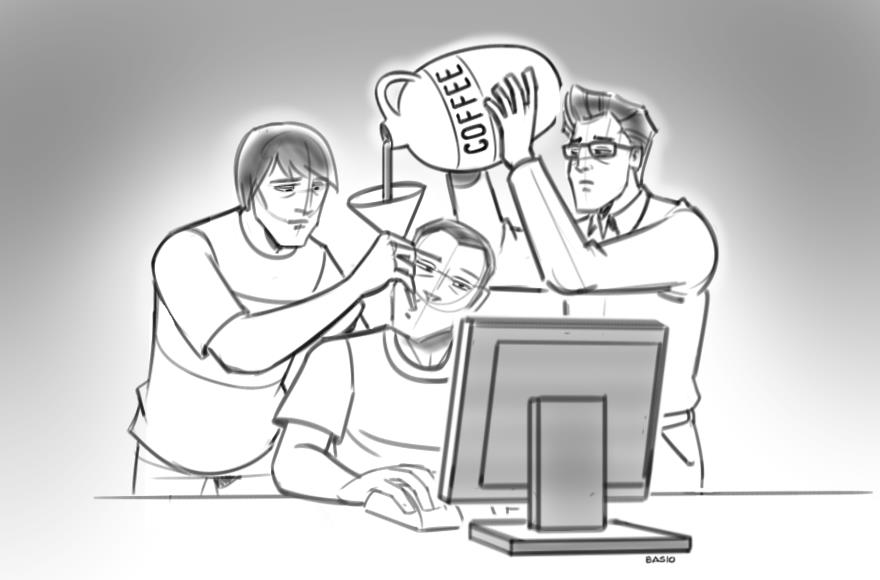 I won't go into details on the design process, because it's really the last mile of the project that's most burned into our brains. Getting that appearance model together.

We had engineered the frame to be cut out of plywood via CNC router, and assembled very intricately with specific geometry cutouts and angling so we could fit the bike with real components. We get the CAD in order, do the full CAM process on the bike, and end up with some great (albeit very rough) CNC wooden parts. We spent something close to 30 hours assembling the frame, alternating between body filler, glue-ups, fitting specific components, and lots and lots of sanding.

Everything culminated on the last night before our critique, when we fervently tried to finish the posters and all of the accessories and details, as well as final assembly of the bike. We made sure the paint had cured and had glued in all the components into the frame around midnight, giving us plenty of time to add the wheels, crank, handlebars—all stuff we were fairly comfortable doing.

With the parts drying and mostly assembled, Luke and I set off to finish the boards, a whopping 3ft × 16ft plotted layout. Now, at this point, we're as sleep-deprived and exhausted as possible, with most of the past five days being a foggy blur. Fatigue aside, we will never forget our other teammate poking his head into the studio, where Luke and I were grinding away on laptops, to tell us we had a major problem. 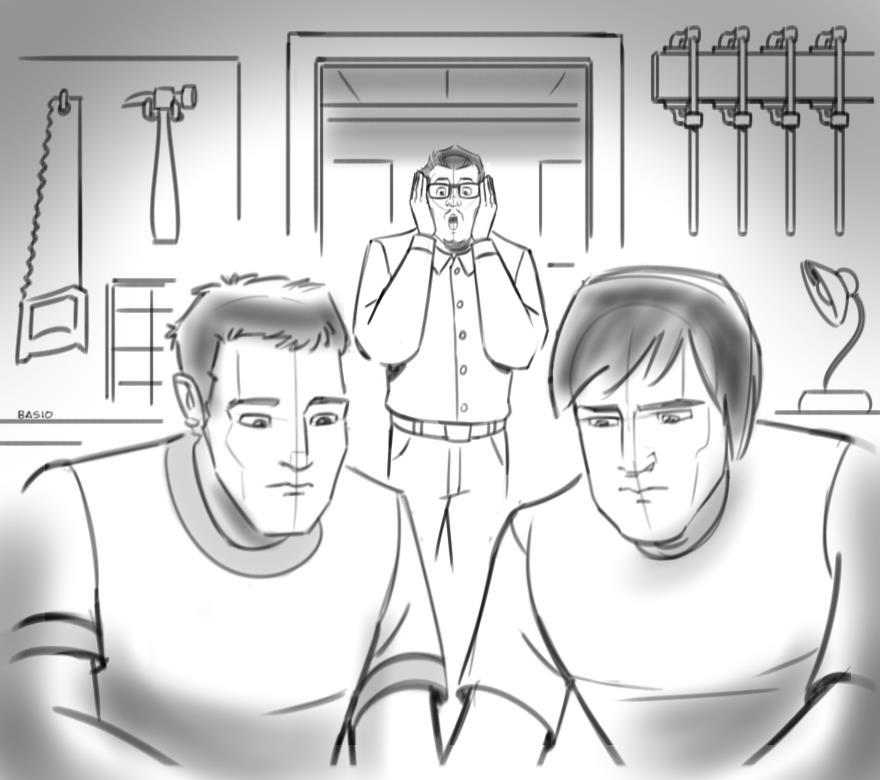 It was around 4am when our teammate Eric interrupted us. We walked next door where the bike was assembled, only to realize that something was very, very wrong: the crank was on the wrong side because the bottom bracket was installed backwards—a worst-case scenario on the night before the final crit. It turns out that the bottom bracket cups are marked as 'left' and 'right,' denoting which side had the large and small bearing to allow the crank to be inserted. In a whirlwind of exhaustion, we ground those threads off to reduce stress on the frame... because after all, this bike was non-rideable so it didn't matter. 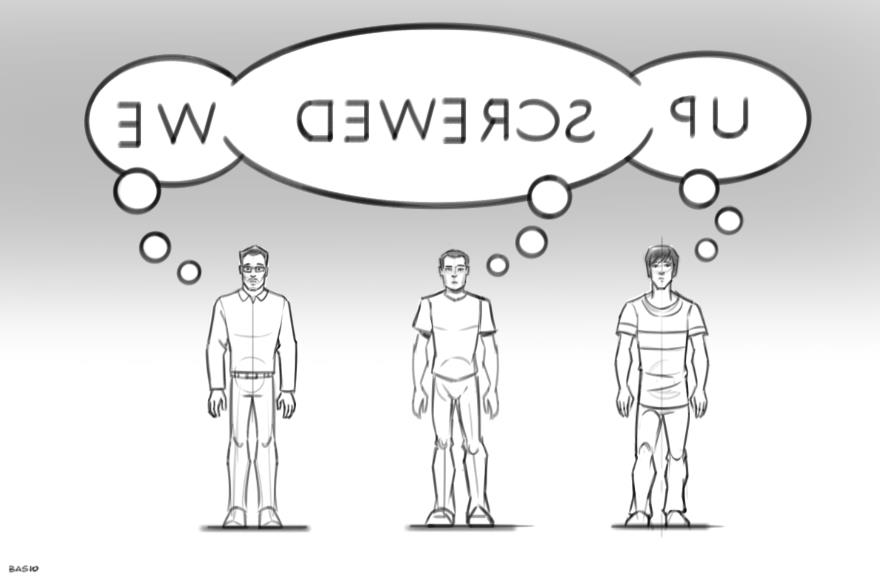 So there we were, 4:30am in a dark, messy studio—surrounded by fumes and bike parts—sitting on the floor wondering how to fix our backwards bike. Three self-proclaimed bike guys, who had planned every detail of a dream project out for the past eight weeks, stumped by a 4-ounce piece of steel and aluminum. Our only options seemed simple: assemble the bike backwards, with the chain and drivetrain on the wrong side... or find a way to rip that bottom bracket apart and fit the crank into the bike. Flipping the bracket seemed reasonable, but the shell was solid, and integral to the whole structure (it was only plywood, after all). Any attempt at removing the bottom bracket and shell would literally collapse the frame on itself. With the sun rising and time running short, Eric and I got to work dissecting the bottom bracket, dismantling the internals as much as we could. 15 minutes later, covered in grease with SRAM reference literature littered around us, we hit a wall... or rather, a 1.5” steel bearing that wasn't going to budge.

Stumped, our teammate Eric put his head in his hands, threw his hat on the floor, and walked to his desk to grab a Dremel and a stack of reinforced carbon-fiber cut-off discs. 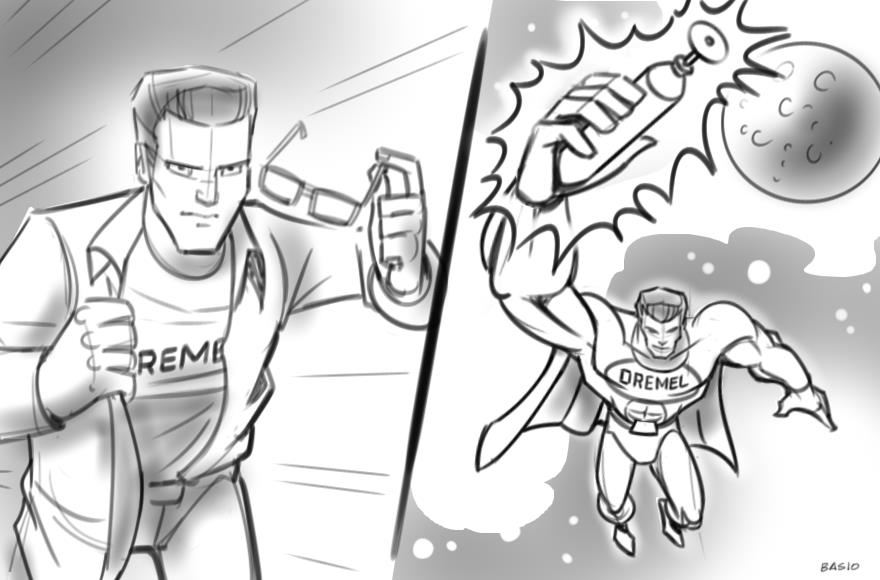 He puts goggles on, lays down on the floor, and starts grinding away at this huge steel bearing. Luke and I are silent, listening to the screech and whine of the rotary tool working its hardest, no one willing to say a word. Twenty minutes later, after burning through three different cut-off tools, the destroyed bearing cage and a dozen steel balls roll out of the shell and hit the floor. Through persistence and a lot of sweat (and cut-off discs), we managed to cut through the bottom bracket entirely, allowing us to core it out, assemble the crank, and finish the bike in the nick of time.

And while we were total zombies during the presentation—to this day, none of us remember what we actually said—we were essentially the only team with a complete, painted bike to show off all of the work we had done in those previous eight weeks.

By the bye, if you want to see the actual project, here it is.