Hell in a Handbasket: Sidewalk "Phone Lanes" for People Who Can't Stop Walking and Texting 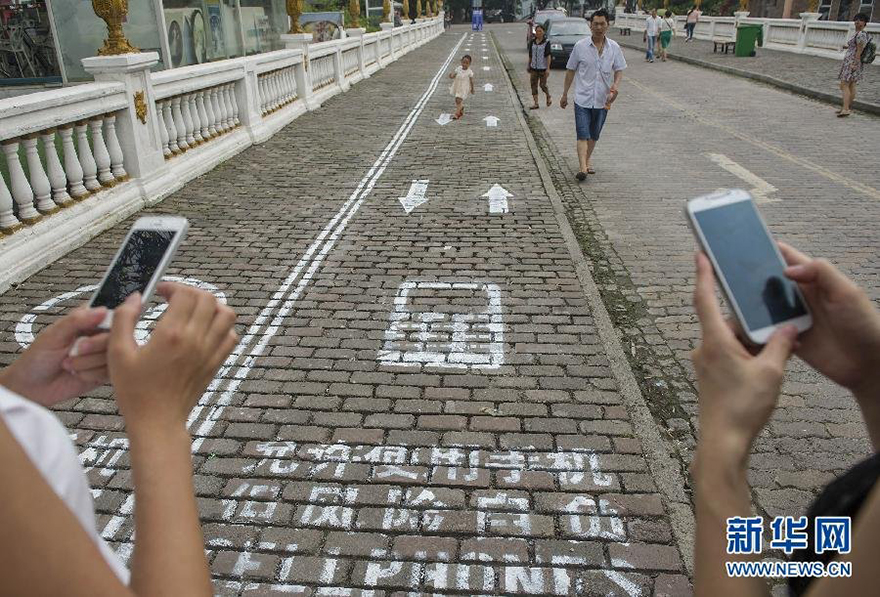 As Louis C.K. sits in a coffee shop, a millennial staring into a smartphone bumps into him. Instead of looking up or apologizing, the kid keeps his eyes glued to the phone and bumps into him repeatedly, like a fly at a window. In the background we see the place is filled with young phone-gazers bouncing off of each other like billiard balls.

While the scene was just a gag for C.K.'s show Louie, a stroll down any New York sidewalk shows you it isn't much of an exaggeration. And it's not just New Yorkers and Americans, of course; as the UK designer Kenneth Grange told Dezeen, "I see people in the street walking around like zombies unaware that there's a person two feet from them, all glued to this bloody screen." And in China, if this Xinhua News Agency report is to be believed, the city of Chongqing has rolled out a bike-lane-like "phone sidewalk." 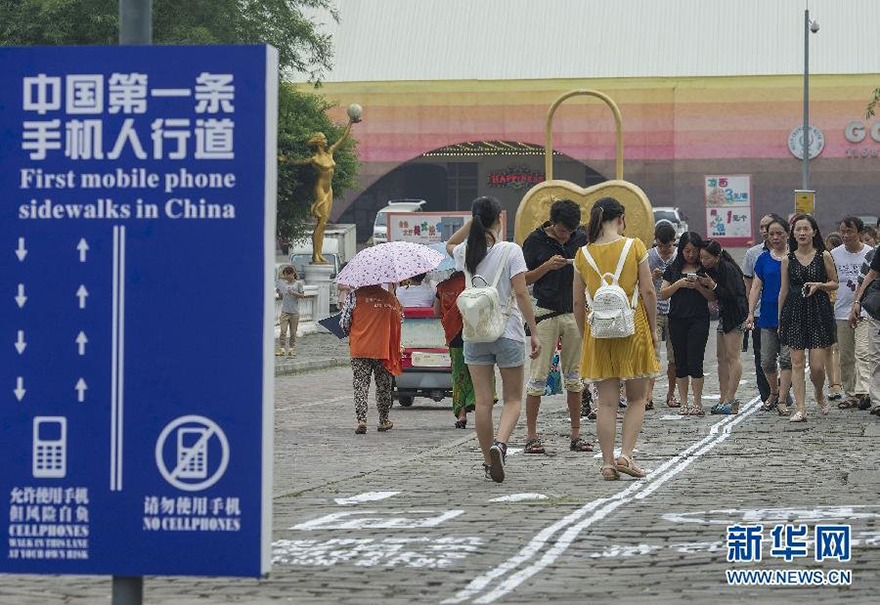 The topmost photo of this entry seems Photoshopped—something about the intensity of the arrows and the lack of shadows around the people—but it's possible that it's real, or at the very least not difficult to imagine.

So, file this one under Unintended Consequences of Technology. Who could have foreseen that creating tools that improved long-range communication would cause pedestrians to completely ignore their immediate environments?

Also, etiquette question: Do you guys walk around staring into your phones? As a New Yorker who well remembers the high-crime days of yore, if there are other people near me on the sidewalk I get out of the way and put my back to a wall, facing outwards, before checking something on my phone. It is inconceivable to me that a person would walk the length of a crowded block with their head down, completely oblivious to their surroundings. NYC's rash of phone-snatchings—some quite violent—is, I think, something like nature's cycle of predators and easy prey. Staring into your phone and forcing others to walk around you isn't just rude—it can get expensive, and dangerous.

Editor's note: Sadly this has been debunked as of this afternoon, but the implications are still valid.

Hell in a Handbasket: Sidewalk "Phone Lanes" for People Who Can't Stop Walking and Texting