A Brief History of Citröen, Part 1: Ignoring War and Sabotaging Nazis on Their Way to Producing Funky, Iconic Cars 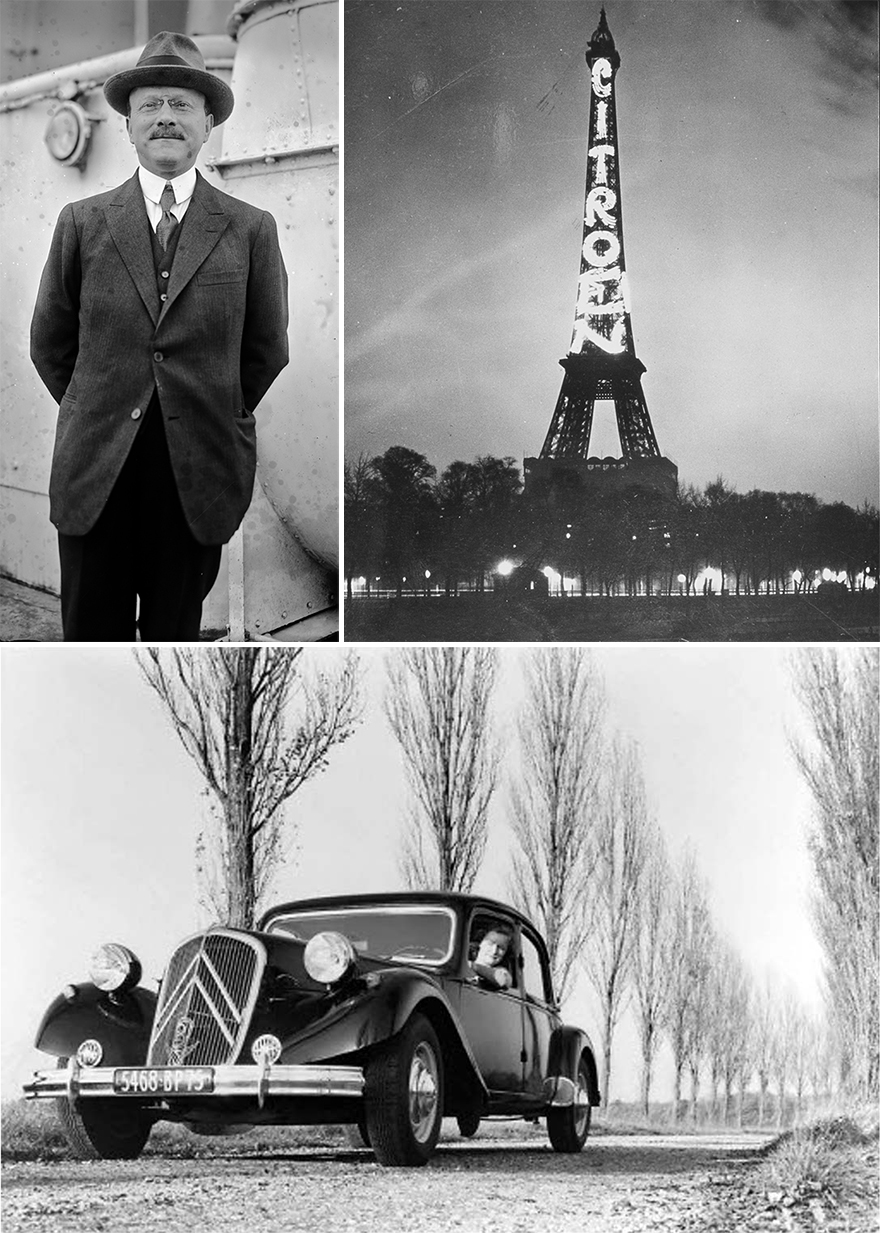 The key characteristic of a Military-Industrial Complex is that armaments manufacturers want wars to keep going, so that they can keep making profits. Thankfully for the human race, not all industrialists are willing to propagate this system. France's Andre Citröen, an engineer by training, was one such enlightened individual.

See, Citröen was responsible for mass-producing armaments for France during World War I. But he realized the war wouldn't last forever, and knew that the factory he was running was going to be shut down unless there was something else to mass produce afterwards. With six years of pre-war experience working for the early French automobile manufacturer Mors, Citröen decided he'd produce a car—and he started working on it as early as 1916, two years before the war even ended.

That's why, when Allied victory came in late 1918, Citröen was ready to roll out a car just four months later. The lightweight, relatively affordable 18-horsepower Citröen Type A was a success, and by 1920 the Parisian factory was producing 100 per day. 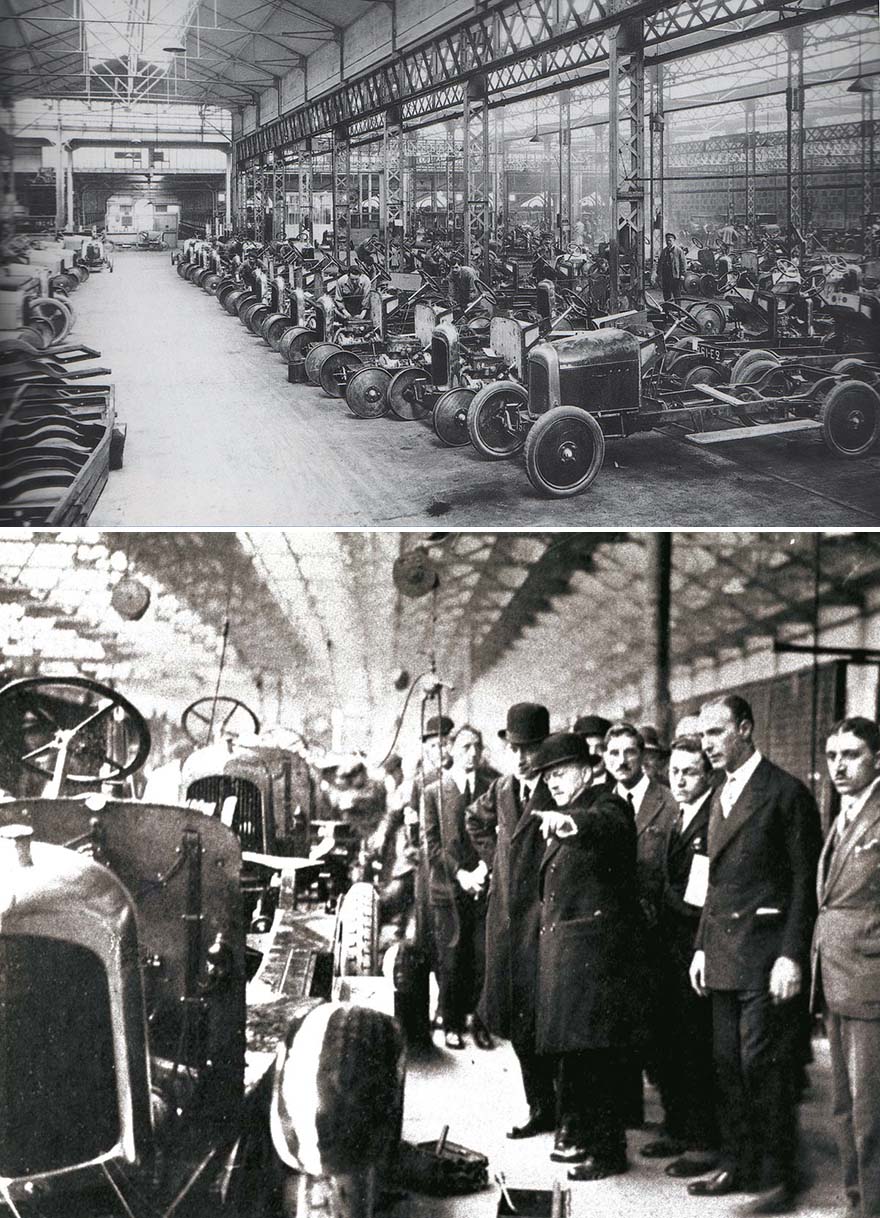 They cranked out some 24,000 units before Citröen succeeded the Type A with the Type B2. 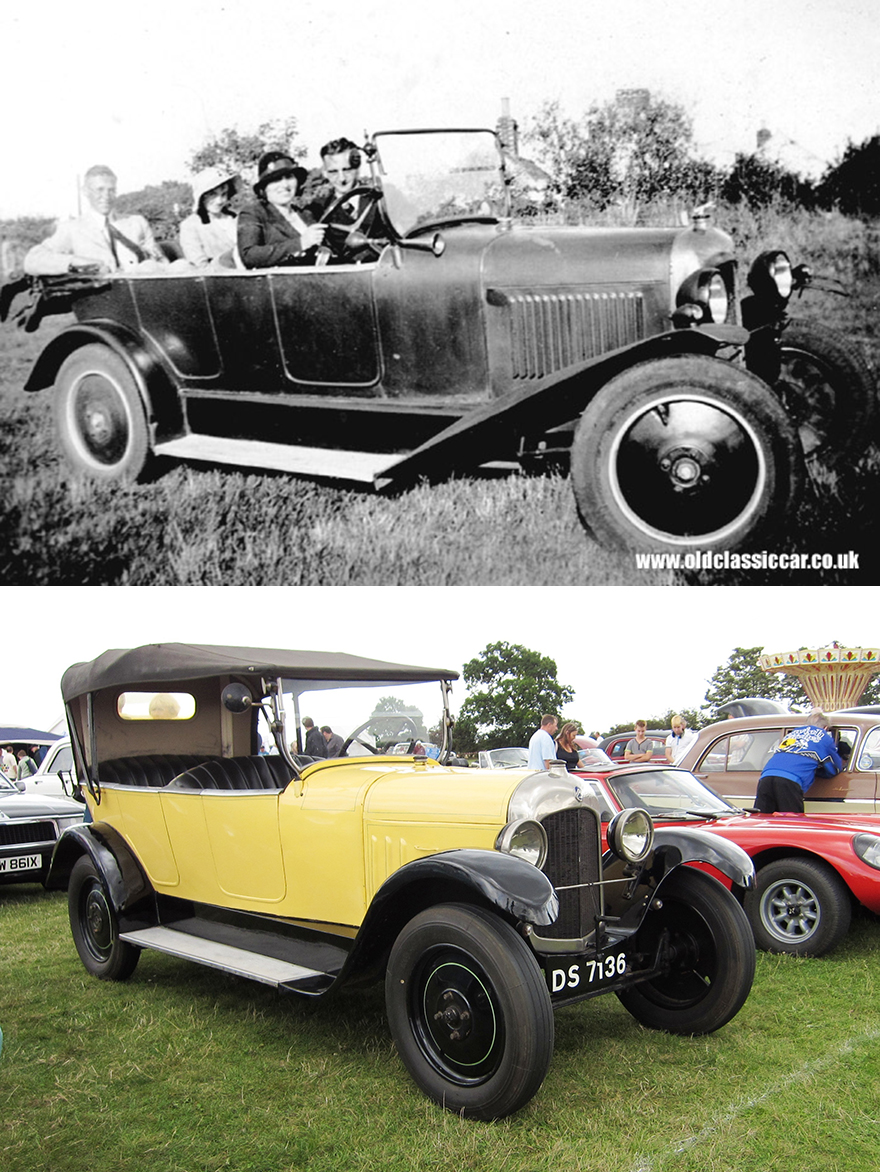 At the time, cars were constructed in "coachwork" fashion, whereby shaped steel panels were attached to wooden frames that provided the shape and structure. But as Citröen developed the B2 into the B10 (below) in the mid-1920s, they shifted towards modern-day all-steel construction. 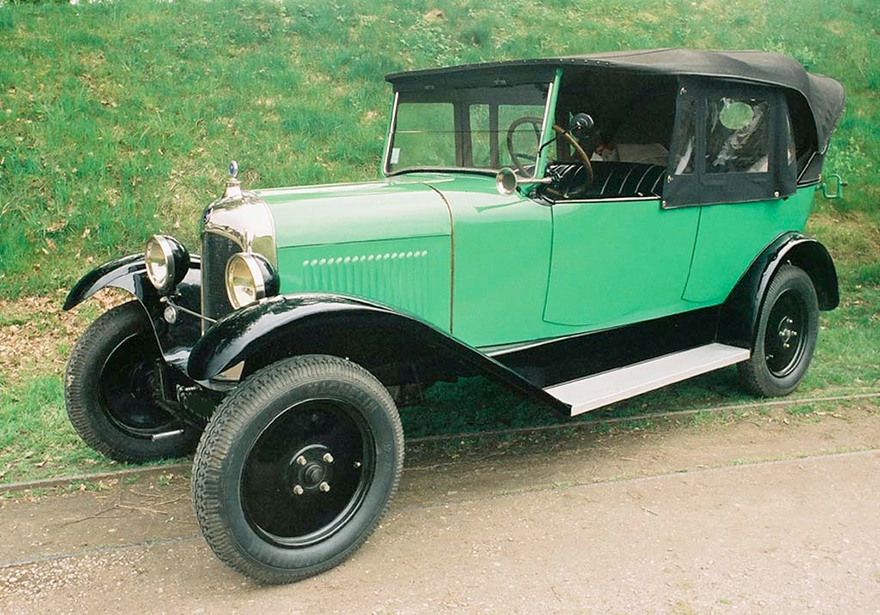 Getting rid of the timber frame was obviously a game-changer, but unfortunately Citröen grew complacent with their manufacturing innovation and did not continue to upgrade their designs. Competitors did. As a result, Citröen began taking heavy losses.

By the time Citröen realized he had to continue innovating, it was too late. The groundbreaking Traction Avant came out in 1934 with a then-radical monocoque/unibody design, front-wheel drive and an independent front suspension... 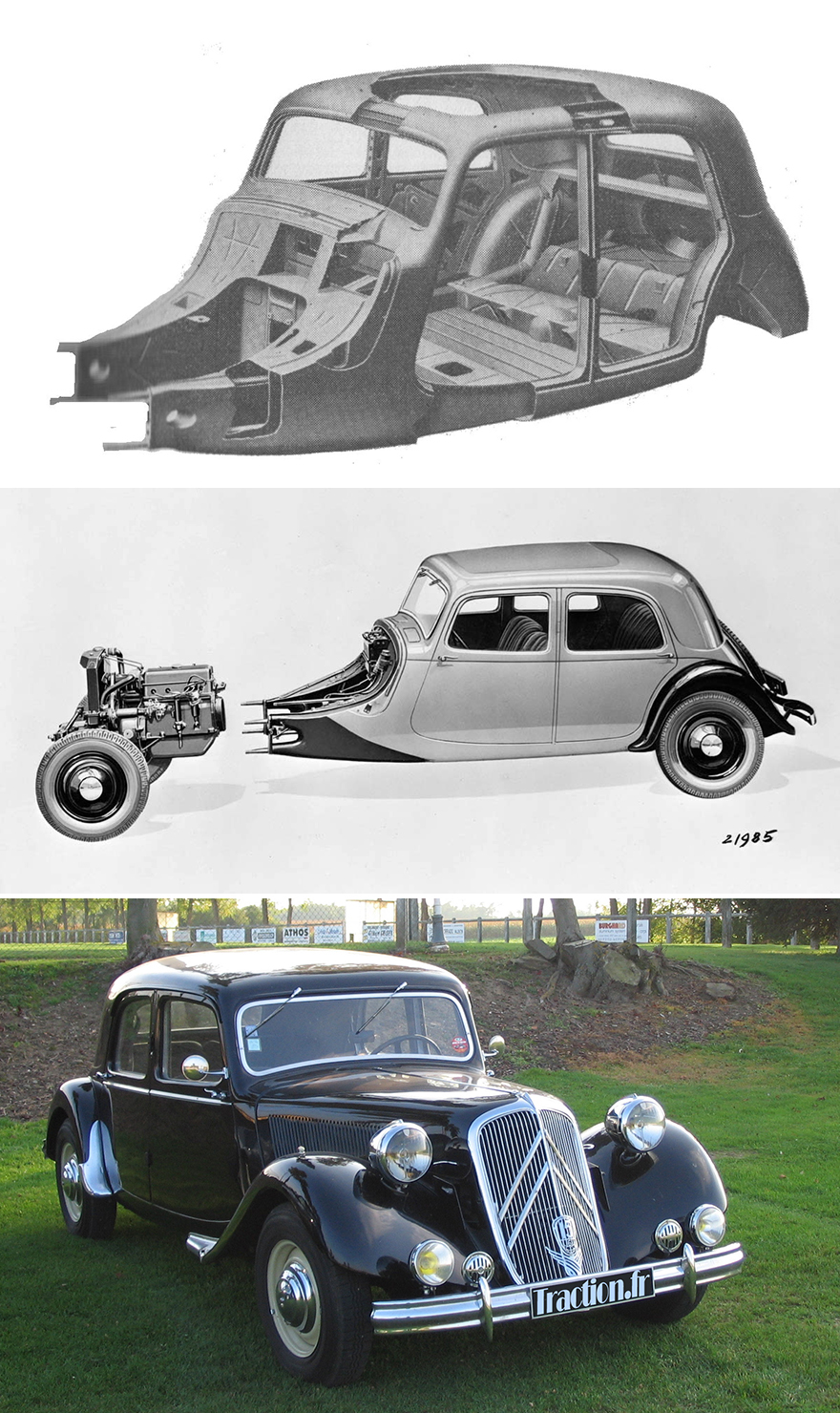 ...But developing it was costly. Citröen the company went bankrupt in 1934. Citröen the man died of cancer the following year.

Fast-forwarding several years, Citröen was once again a successful enterprise, having been rescued and taken over by Michelin. 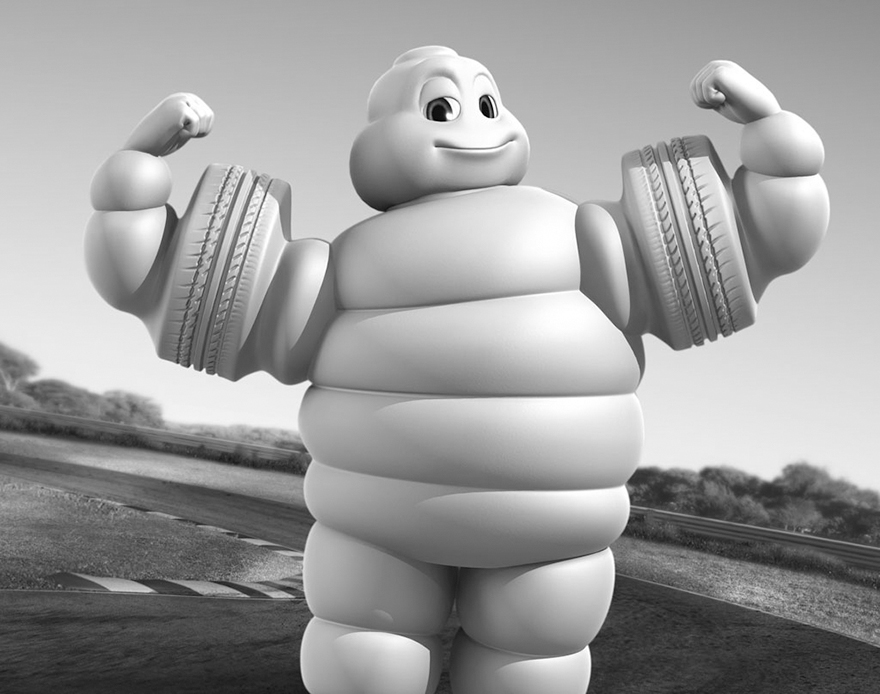 The Traction Avant was selling well, but now France found itself in the middle of another World War. Citröen was now being run by former French Air Force Captain and World War I hero Pierre-Jules Boulanger. "PJB," as he's known to his buddies, understandably doesn't like Nazis and resents France being occupied by them. 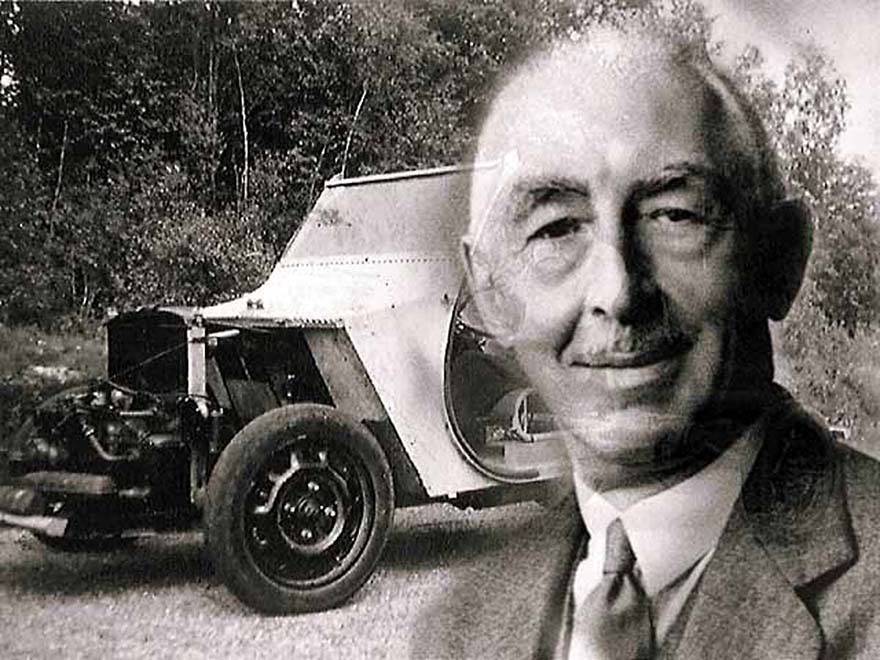 And so, according to author John Reynolds' Citröen 2CV history, even as the Citröen factory is forced to produce vehicles for the German military, Boulanger refuses to sit down with Dr. Ferdinand Porsche. Because PJB is too busy sabotaging production. He orders his workers to drag their asses on the production line, and most cleverly, they purposely notch the dipsticks for the oil tanks in the wrong place. This means that when the Nazis check the oil, the reservoir appears to be full—but it ain't. The result: Engine seizure, not at the factory, but when the car is out on the road, leaving Nazis rather inconveniently stranded. When the French Resistance later storms the Gestapo's Paris headquarters and uncovers the Nazis' "Enemies of the Reich" shit-list, PJB was presumably thrilled to find out his name was near the top of it. 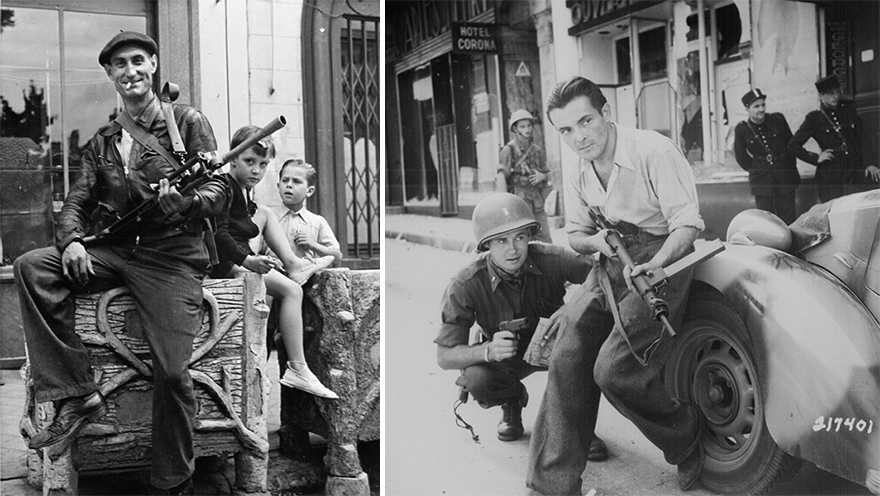 Before the war was won, the French Resistance had already won the fashion war

Before the war was won, the French Resistance had already won the fashion war

More significantly for the future of the company, during the Occupation PJB pointedly ignored Nazi orders for Citröen to stop working on their own stuff. Citröen designers met in secret to develop at least two designs that would not only boost the company's postwar fortunes, but which would be good for France as a whole. 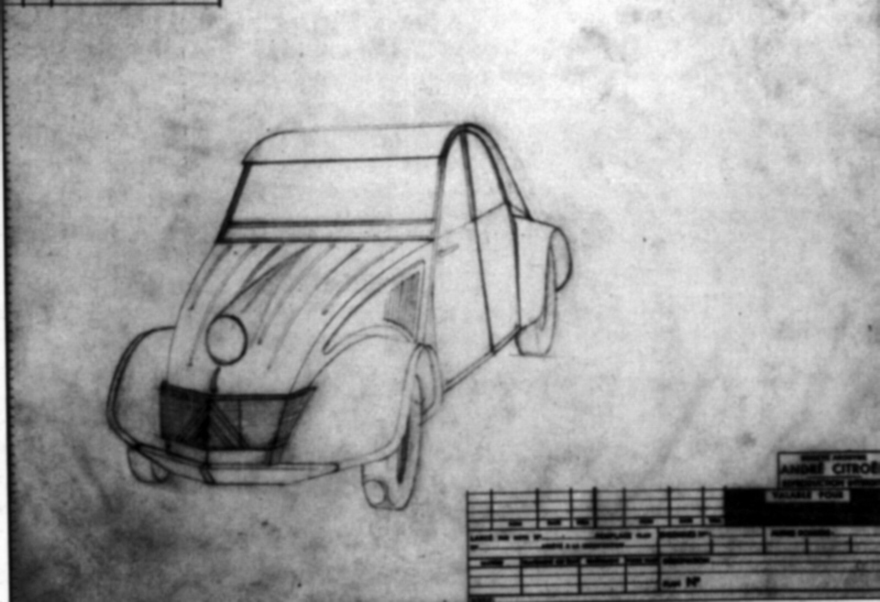 And interestingly enough, one of the things that somebody as Citröen was looking at very closely was a certain design element from the airplanes flown by their occupiers.

A Brief History of Citröen, Part 1: Ignoring War and Sabotaging Nazis on Their Way to Producing Funky, Iconic Cars