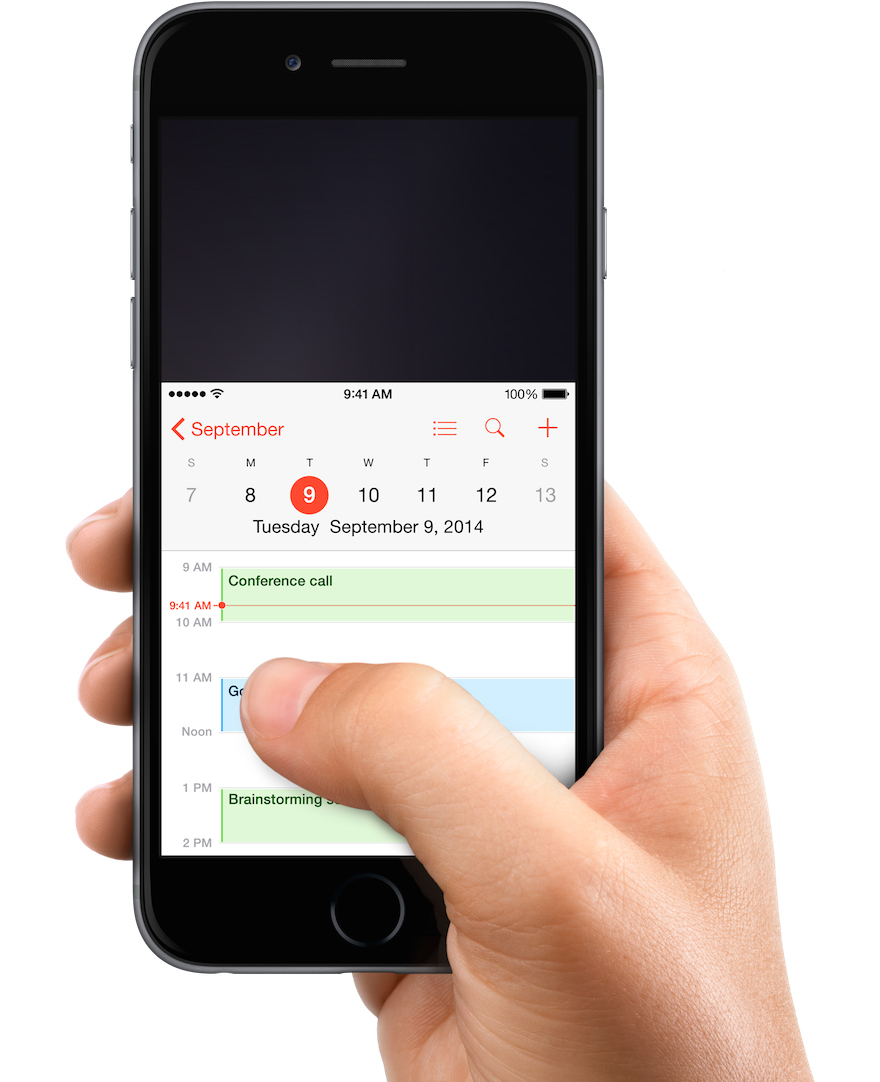 The iPhone 6 and 6 Plus roll out today, and uptake will be massive. In addition to the insane sidewalk lines you'll shortly see on the news, Apple has racked up a staggering 4 million pre-orders. iOS app developers who upgrade their offerings will have a ready market, but they "can't just treat screens in the 5.5-inch range simply as a scaled-up version of a smaller phone," writes mobile products developer Scott Hurff, citing basic ergonomics. "[With the larger sizes] grips completely change, and with that, your interface might need to do so, as well."

To help app developers who haven't already made their bones on already-large Android devices, Hurff has released "Thumb Zone" maps on his blog. Research from Steven Hoober, author of Designing Mobile Interfaces, concluded that the majority of users prefer to use smartphones one-handedly, and Hurff used Hoober's data to create visual representations of where your thumb can, can't, and can kind of reach on various models of iPhone: 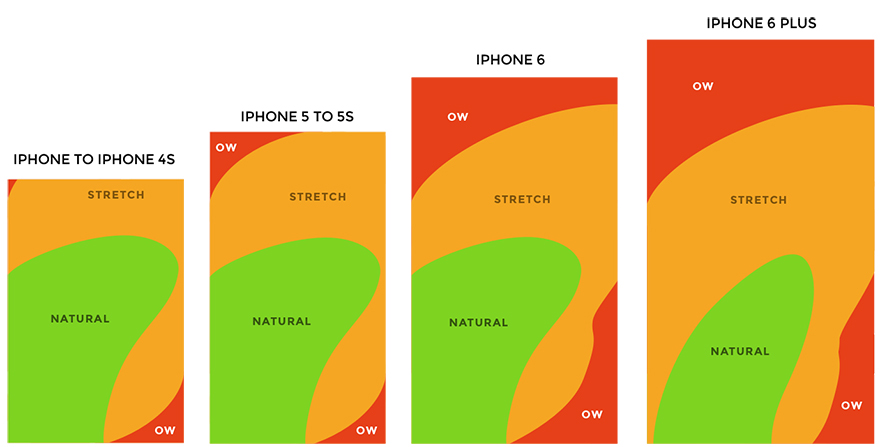 Then he puts Thumb Zones for the 6 and 6 Plus side-by-side: 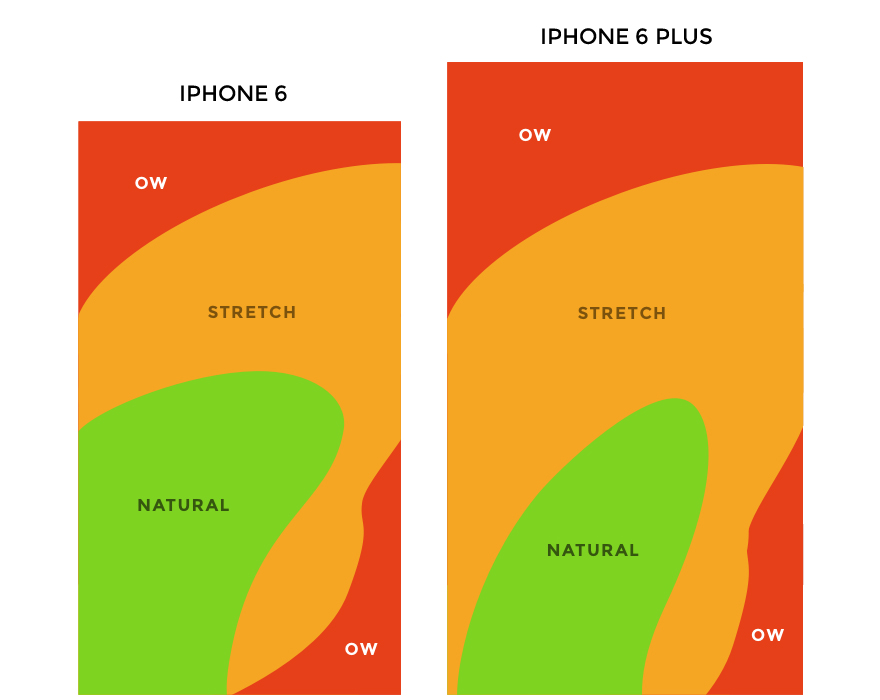 This is where you start to see a sharp difference brought about by a much larger screen size. The sheer width of the 6 Plus means the thumb can no longer naturally reach all the way to the left edge, while the different grip required to support the larger device also changes the shape of the "Natural" area.You've probably heard about Apple's "Reachability" feature, which brings what's on the screen further south... 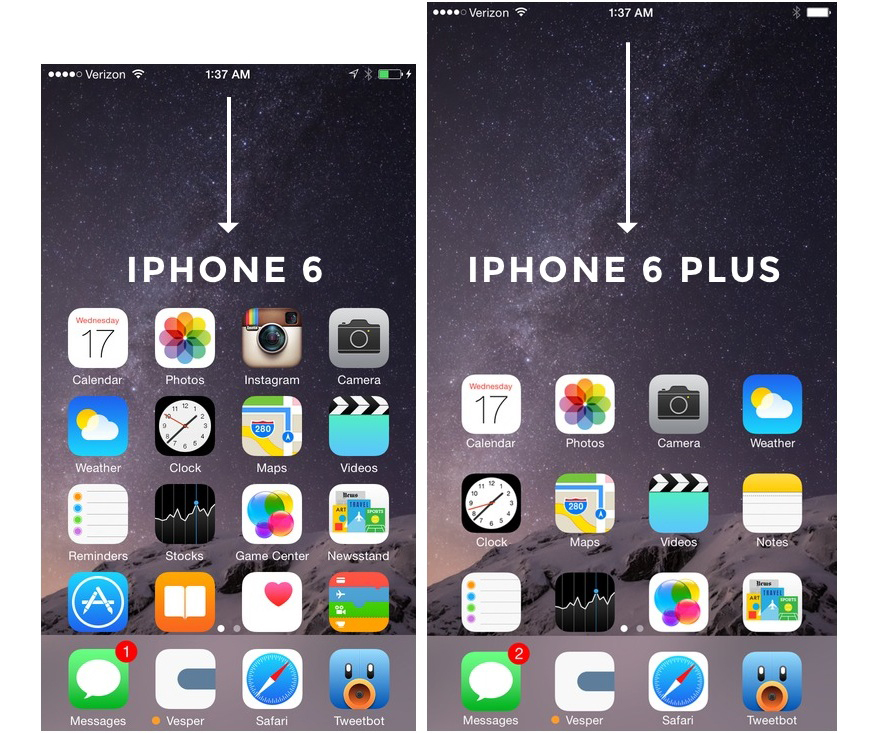 ...and Hurff overlays his Thumb Zone (shown here on the 6 plus) to give you an idea of what comes within range: 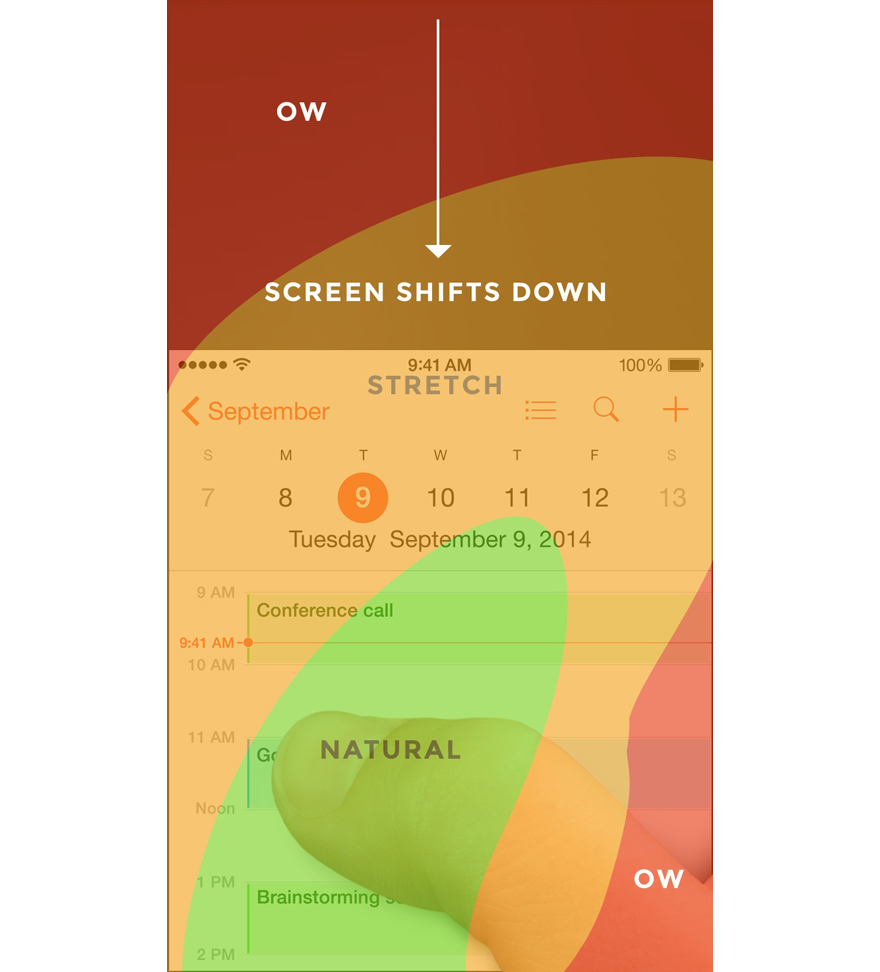 For more details on Hurff's conclusions, and shots of how the Thumb Zone changes when people "choke up" on the larger phones, check out Hurff's "How to Design for Thumbs in the Era of Huge Screens."