Another Insane Piece of Transforming Furniture from the 18th Century 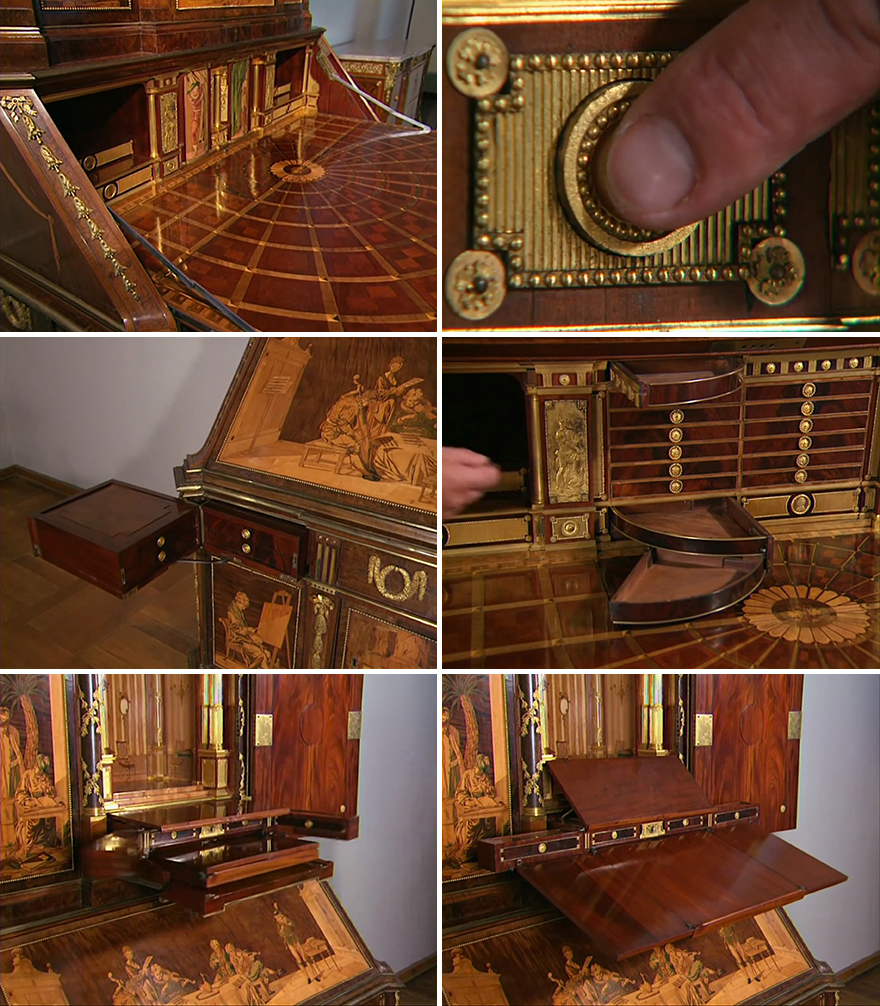 I keep waiting for a modern-day piece of furniture to top David Roentgen's transforming gaming table, but it ain't gonna happen. The only man who can top Roentgen is Roentgen himself. As evidence, have a look at the Berlin Secretary Cabinet designed and built by Roentgen (possibly with his pops, Abraham) which goes even further than the gaming table. The automatic flip-out easel at the end is just mind-blowing:

Consider that this was all made by hand, prior to the Industrial Revolution.

The cabinet, which was owned by King Frederick William II, is described by the Metropolitan Museum of Art as "One of the finest achievements of European furniture making" and "the most important product from Abraham (1711–1793) and David Roentgen's (1743–1807) workshop."

Another Insane Piece of Transforming Furniture from the 18th Century