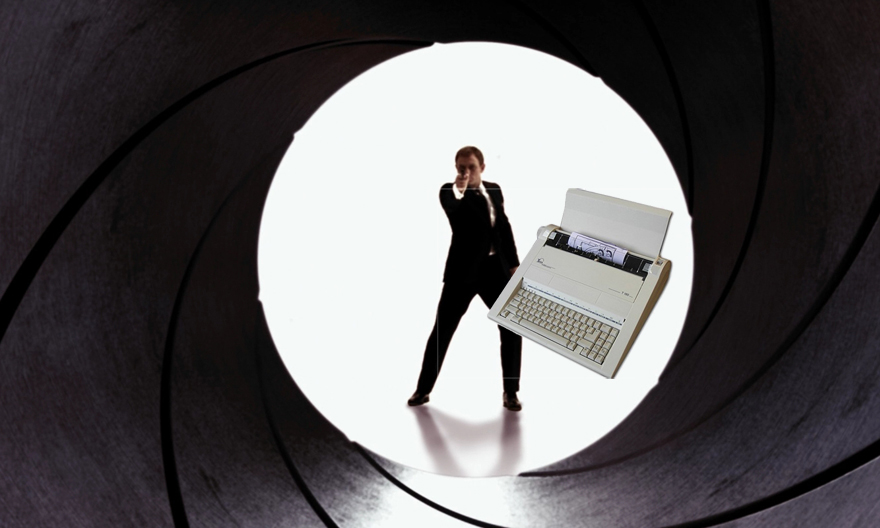 In 2011, British tabloid The Daily Mail reported that "The last company left in the world that was still manufacturing typewriters...has shut down its production plant in Mumbai, India with just a few hundred machines left in stock." The tone of the article suggested that typewriters were no longer being made anywhere in the world, but this was an error; in fact Brother was manufacturing typewriters in the UK as late as 2012 before shutting it down.

Today a German company called Triumph-Adler is still making typewriters, but what's initially surprising—then not surprising after thinking about it—is who's buying them. An article last year from this Russian news website reported that after taking note of Wikileaks, Edward Snowden and allegations of even friendly governments spying on each other, the FSB (Russia's successor to the KGB) was placing an order for 486,000 Rubles (USD $12,500) for Triumph-Adler typewriters and ribbons. And the FSB isn't alone—the article claims multiple Russian agencies use typewriters.

The thinking here is twofold: Obviously you can't hack what's not on the internet, but the second benefit to using typewriters is that using forensics, documents can be traced back to specific machines, similar to how bullets can be matched to the guns that fired them.

What's fascinating is that, according to Germany's Der Spiegel, the wait time between placing an order and having the Chinese factory crank out the product is some five months. Kinda puts that iPhone 6 shipping delay in perspective.

This logic is not limited to Russia, of course. Germany's The Local reports that Diehl, a German defense manufacturer, has also switched over to keys and ribbons, and that the German market for typewriters is actually growing. Bandermann, the German company that distributes Triumph-Adler's machines, says they move 10,000 units a year, with business up one-third from the previous year; meanwhile competitor Olympia "expects to sell more typewriters this year than at any time in the last 20 years, with sales set to double in 2014."

The next trend that we're hoping for: People start limiting their naked selfies to Polaroids.