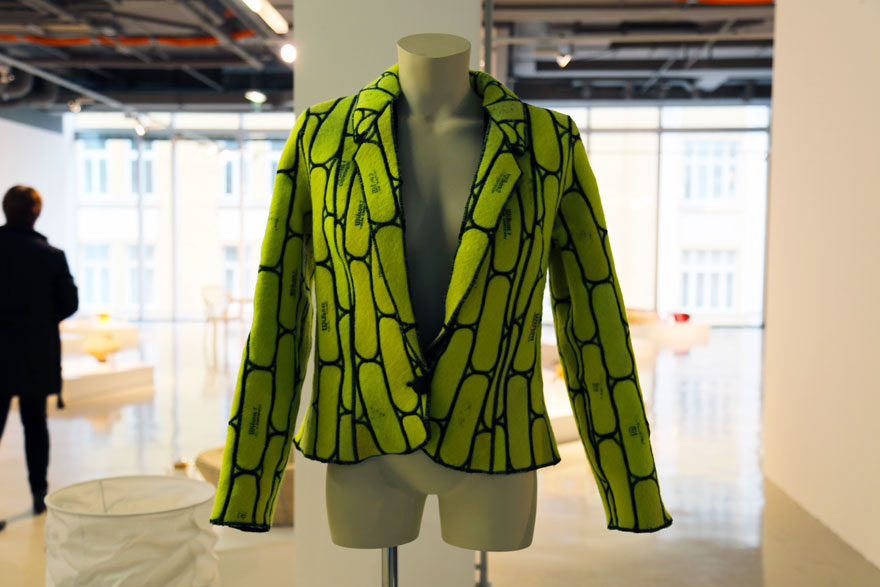 Our tour around Vienna Design Week last week gave us a chance to finally get a first-hand glimpse of winners of the 6th annual Recycling Designpreis—the touring exhibition of the awarded works having already made their way slowly form Berlin to Hamburg to Dusseldorf this year.

The winners and shortlisted works on display showed some awesome creativity in turning discarded items into surprisingly desirable products—upcycling at its best. Some of the most ingenious pieces even managed to identify a material stream beyond the obvious—fashion student Viktoria Lepeschko made striking outerwear from the skins of old tennis balls and designer Michael Hensel created uncompromisingly industrial furniture from used escalator steps. 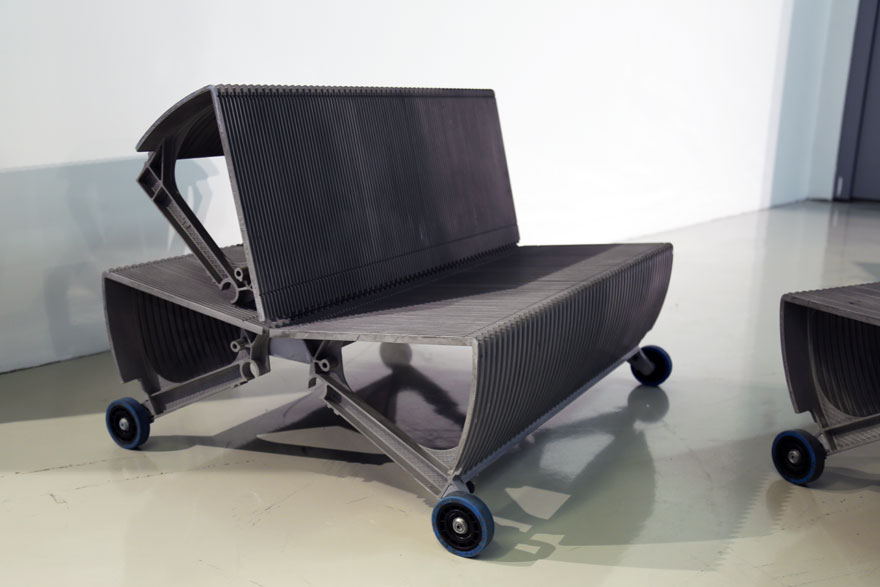 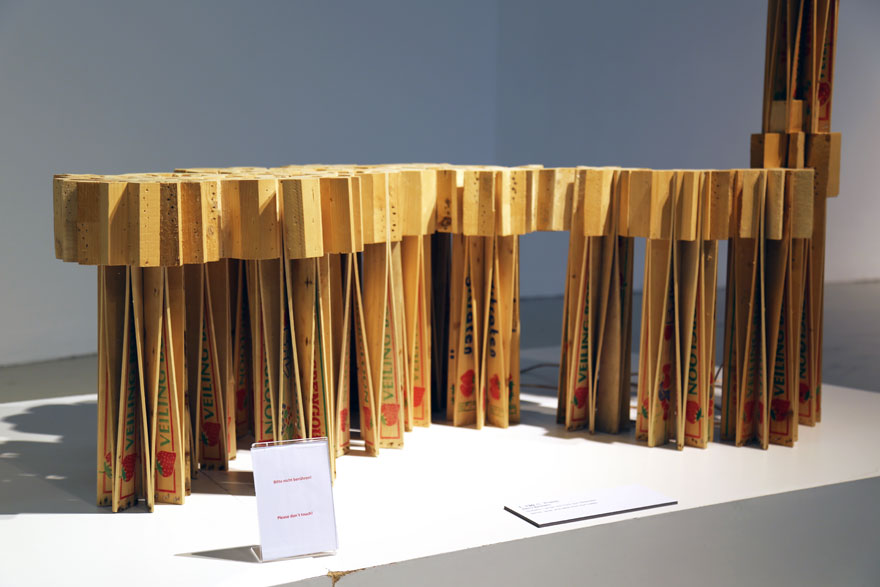 Furniture designer Henry Baumann snagged first prize with his clever and intricate use of fruit crates to create a range of benches, stools, lamps and coffee tables. 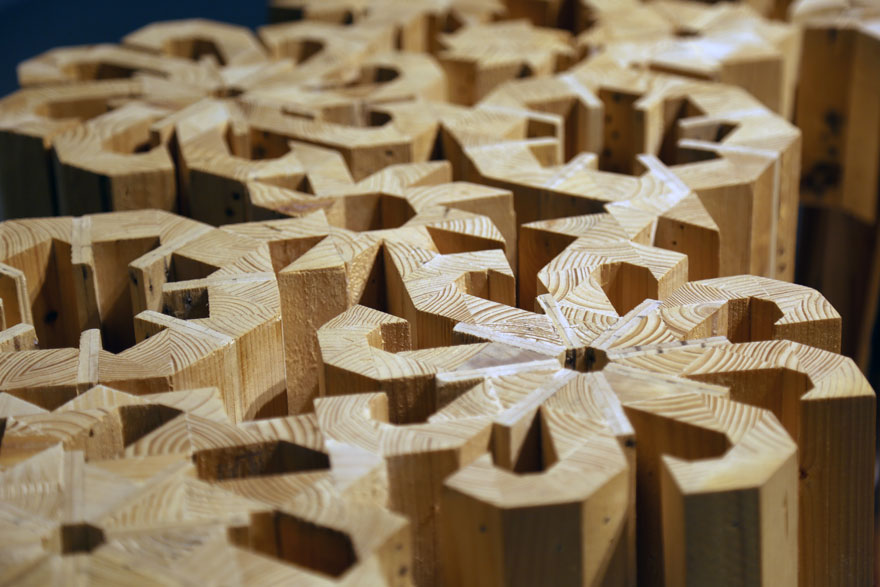 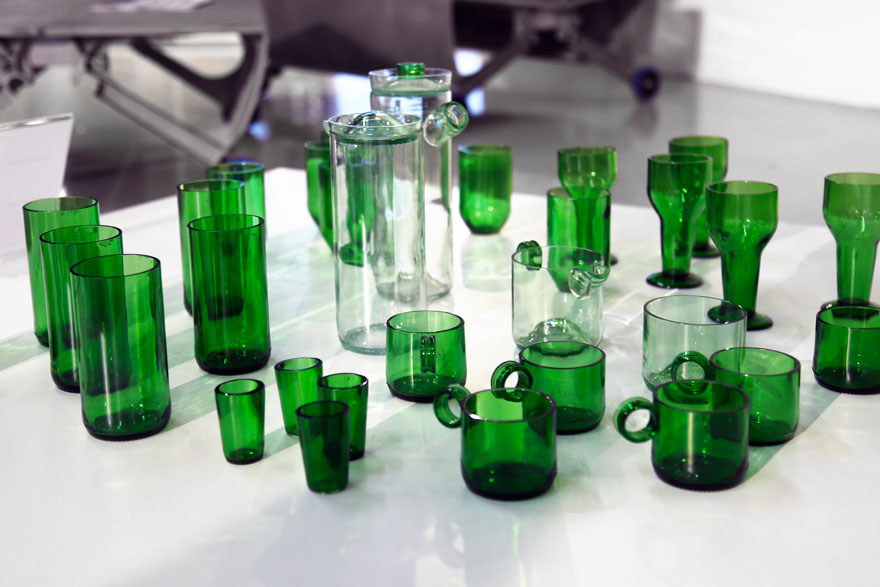 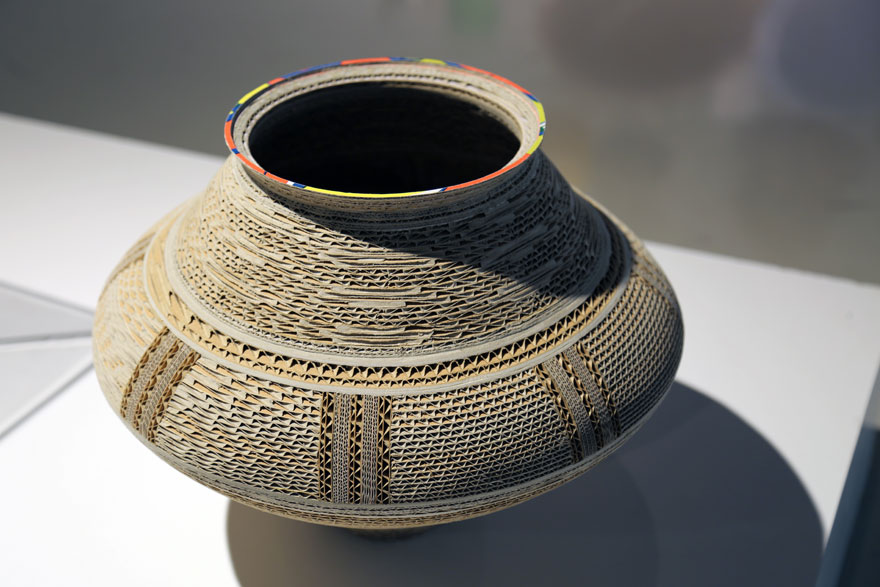 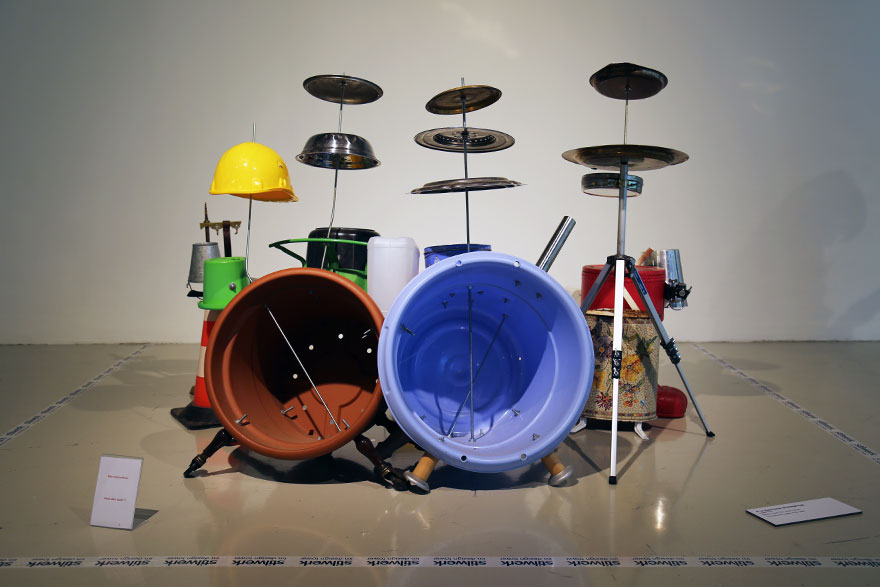 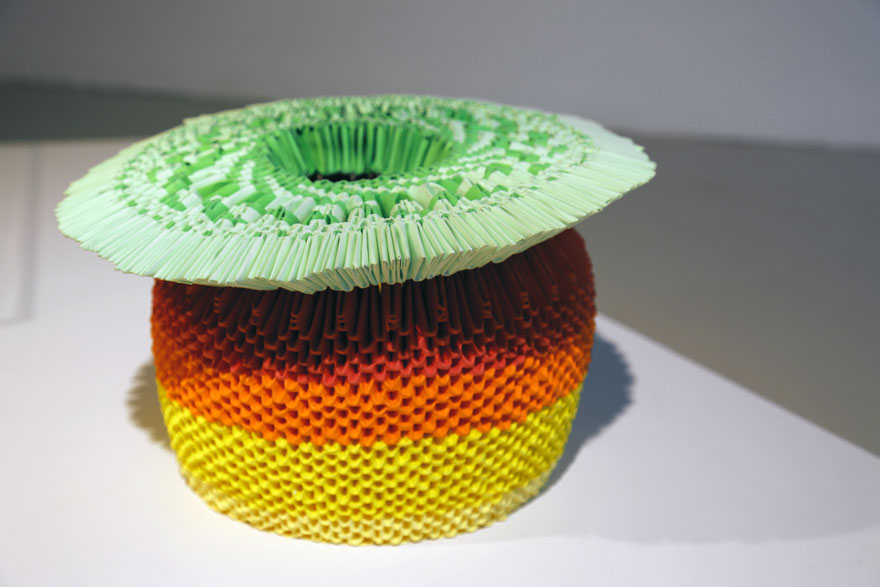 'Origa-mino' by Denis Janzen made from recycled printer paper and folded together without glue. 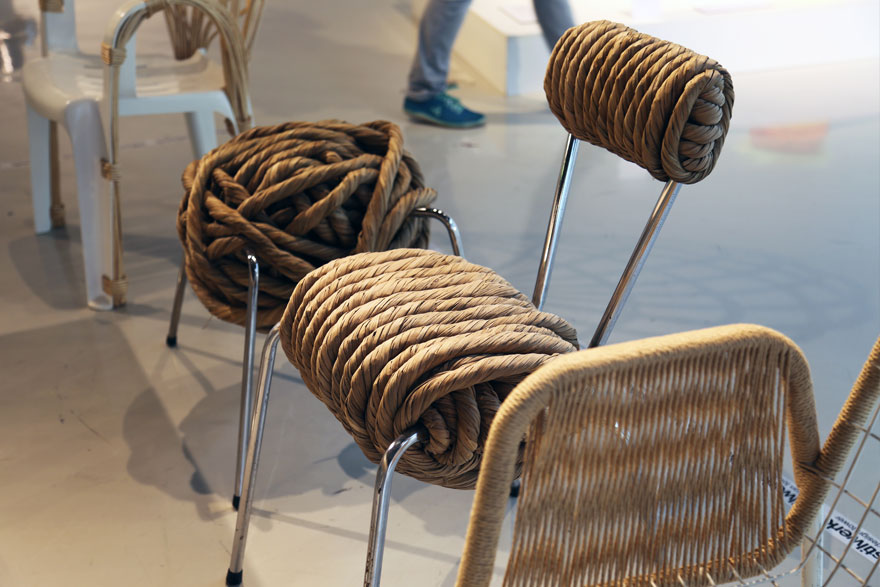