A Creative Dad's Tale of Artistic and Mathematical Experimentation, Failure, Triumph and Pancakes 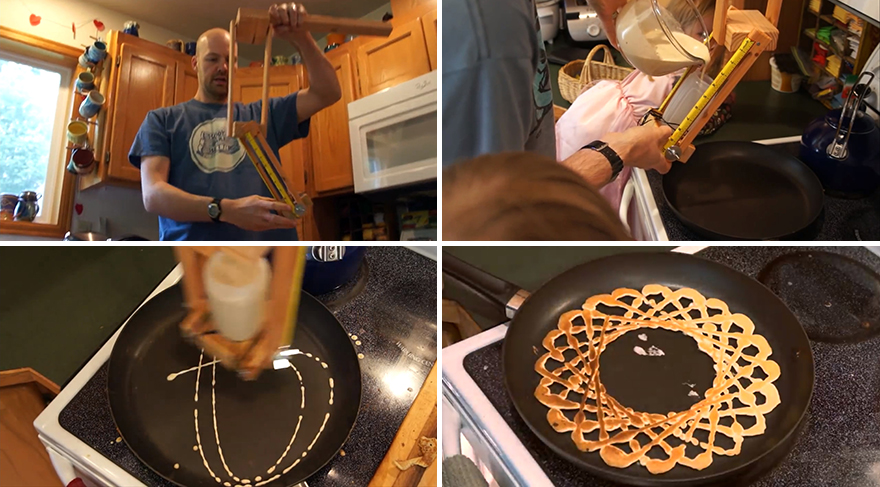 What's more fascinating than watching the progression of a talented artist or designer's work? Also, Creative Dads is becoming a thing. First we saw Michael Chou devising a better way to serve up ice cream to his kids. Now we see Nathan Shields, father of toddlers Gryphon and Alice, devising increasingly sophisticated methods of creating pancakes with aesthetic and representational value.

Using a plastic squirt bottle filled with pancake batter, in early 2012 Shields was drawing primitive forms to amuse his kids, with a hot non-stick pan as his canvas: 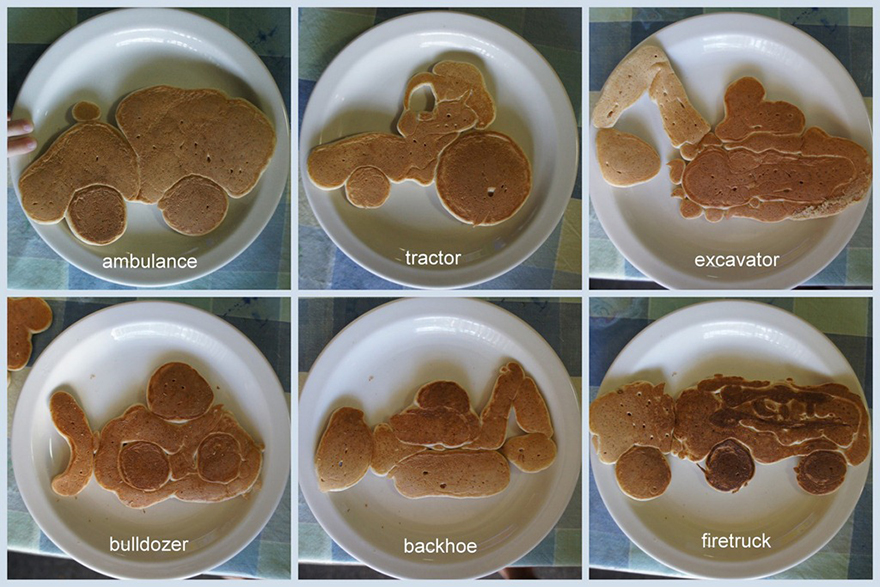 However, at some point he discovered that whatever streams of batter were "drawn" first would of course cook for longer, meaning they'd be darker brown upon flipping. 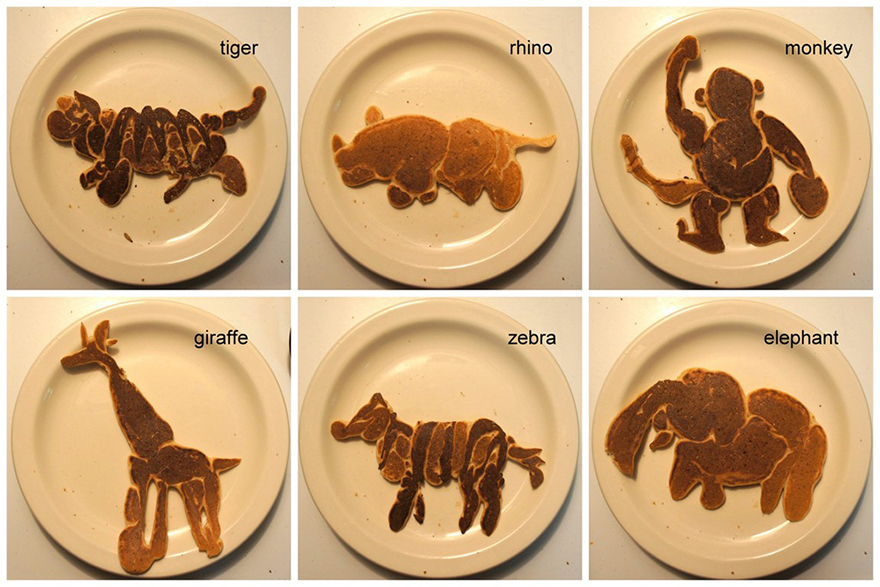 With this understanding of how to create tonality, Shields' drawings swiftly grew more sophisticated and defined: 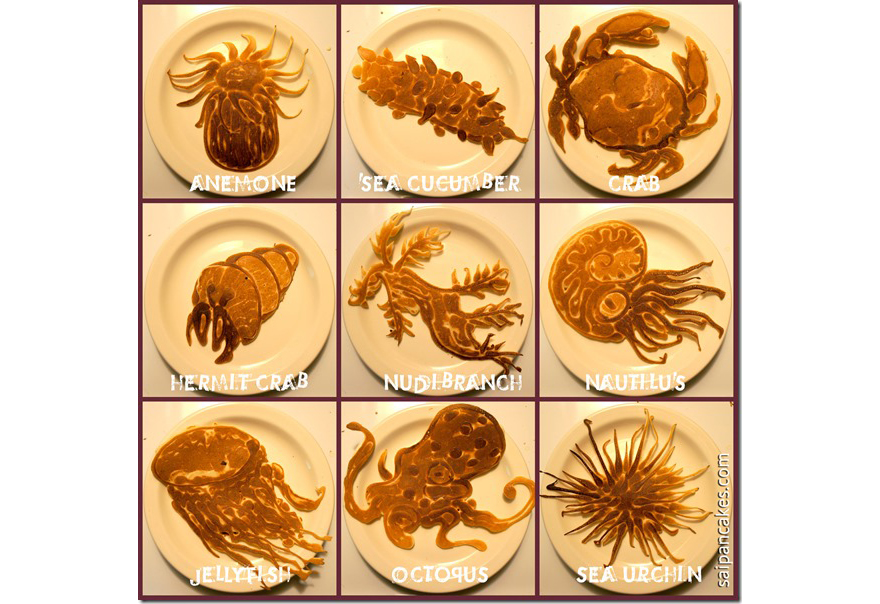 This technique led to his popular Beatles Pancakes YouTube video:

But that's not the only direction Shields' work has gone in. Apparently possessing equal access to both left and right brain, Shields has produced more mathematically-oriented pancakes: 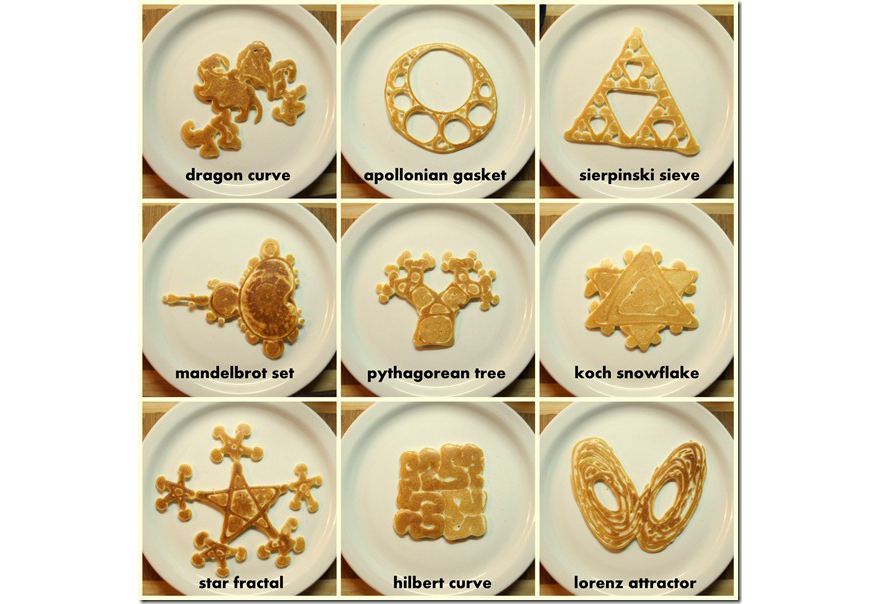 Unafraid of a challenge, Shields was inspired by the following Bill Amend cartoon to create "tessellating heptagons:" 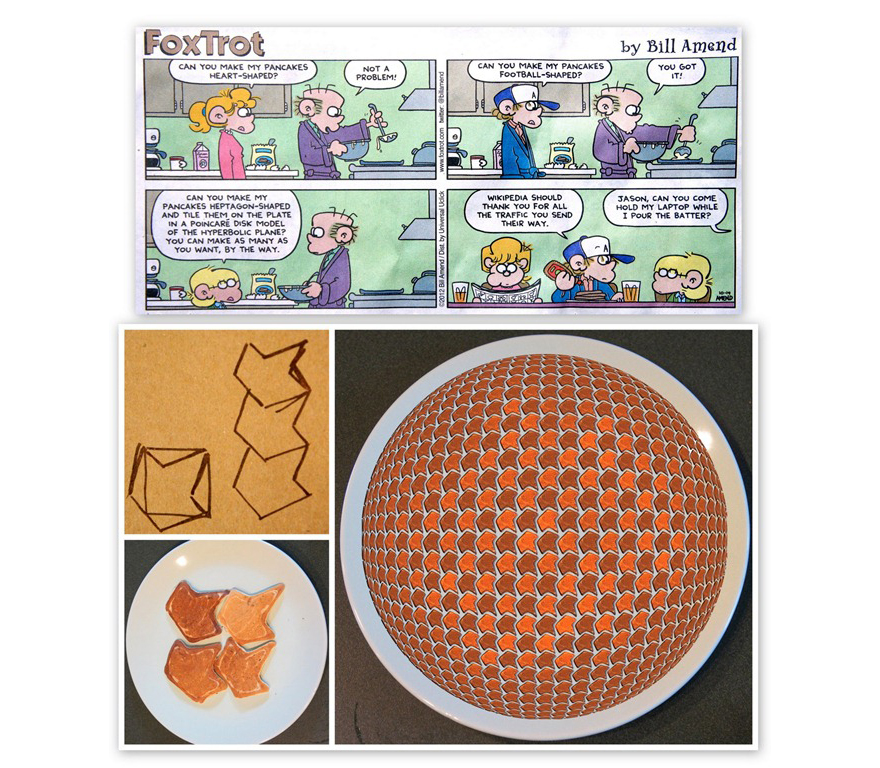 Eventually, of course, a true artist becomes bored with their own work. Earlier this year Shields began an experimental phase using self-created contraptions banged out in his workshop, and further tweaked with the assistance of son Gryphon:

An experimental tweak of the design led to mixed results. Shields then moved in another direction and created the Pangraph, inspired by a spirograph:

The results being encouraging, he further developed the idea into the Pangraph v.2:

Undeterred by the failure, Shields resolved to correct the materials choice and perfect the Pangraph v.3, switching to polycarbonate rather than the heat-warping-prone plexi:

And just yesterday, Shields posted the video for the Pangraph v.4, inviting his own pops to give it a spin:

You can view Shields' deep and very impressive body of pancake work at his website, Saipancakes.