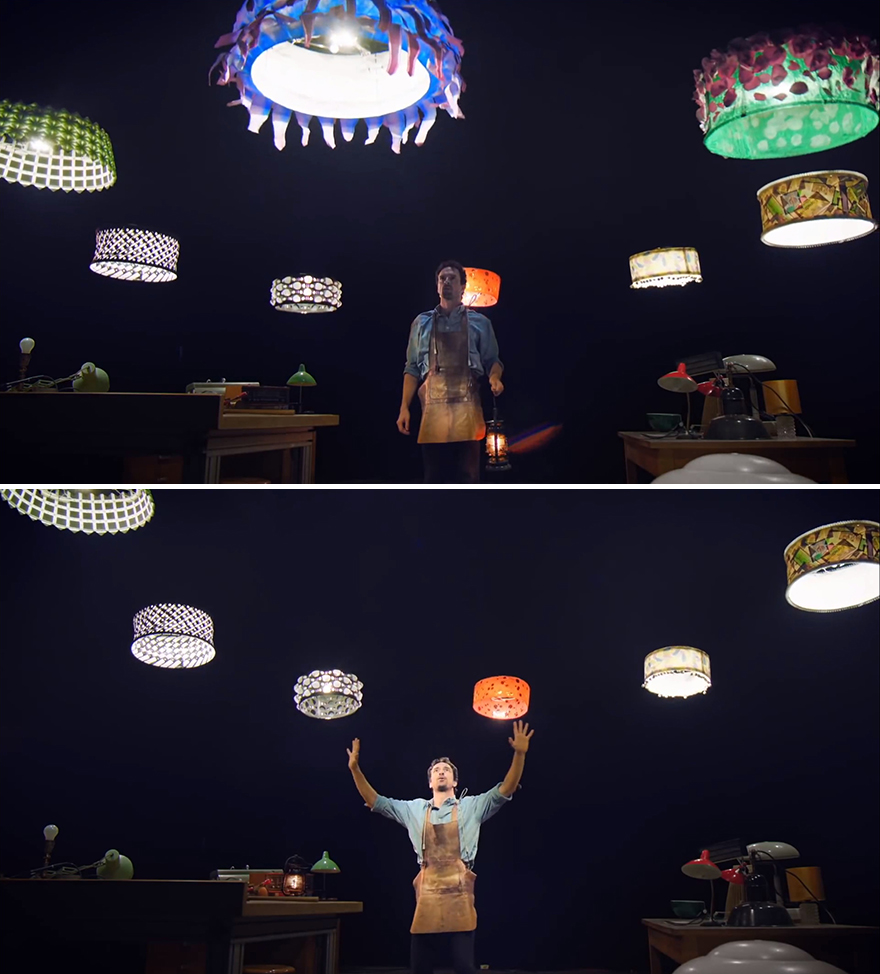 We've seen drones used or proposed for package delivery, elaborate selfies, action sports capture, movie promotion, and even weather control. But a recent creative collaboration points to the possibility of a more domestic usage that we think could be the killer drone app of the future: How about floating lamps? Which is to say, just the lampshade and a light source, no stem, no cable, hovering in mid-air, able to follow you around the room if need be. 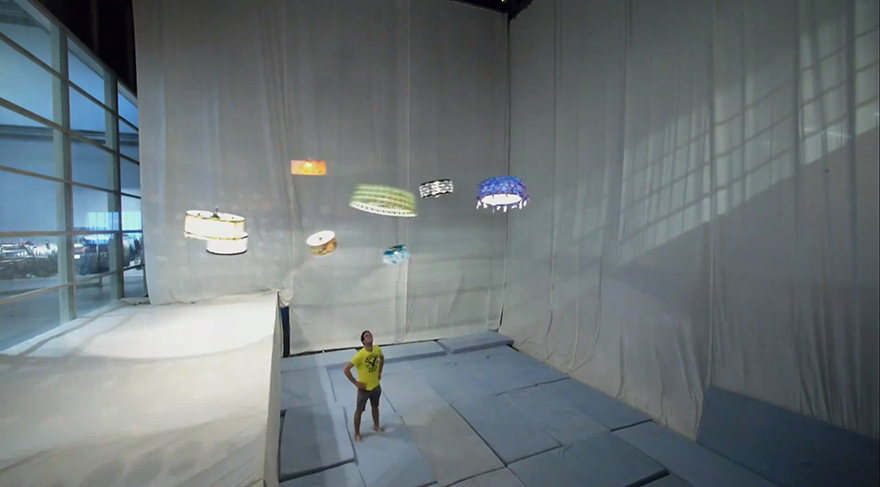 In the video below you'll see what it would look like, but before it becomes domesticated, there are just a few (completely solveable) technological hurdles to clear:

Noise. To cancel out the incessant whining of a hovering drone, a small on-board speaker could project a noise cancellation frequency.

Power. During the daytime, the drone could dock itself, perhaps to something attached to the ceiling, where it would recharge the batteries required for both the light and its own sustained flight. (Ideally the power would come from solar, so you're not wasting a bunch of coal-fired juice on an admittedly frivolous technology.)

User Interaction. Remote control, gesture control or voice activation could turn it on and off, adjust the brightness and hue, and ask the lamp to follow you around or focus light on a particular area.

At any rate, a floating lamp would give you one less thing to vacuum around, if replacing a floor lamp, and free up some table space if replacing a desk lamp.

Maybe it sounds silly but it looks beautiful in practice. Check out this sweet video created in a collaboration between performance group Cirque du Soleil, the Swiss Federal Institute of Technology Zurich and drone developer Verity Studios:

Here's how the team came up with the idea and pulled it all together: